In 2012, I had my very own Eat, Pray, Love moment. Recovering from a rare type of cancer in my late twenties, I decided to change my life radically. All thanks to baking.

During the anxious time of this medical drama, I found the simple and repetitive nature of kneading dough by hand utterly absorbing and very calming. I noticed that no matter how stressed I was, baking made me feel alive. While baking, your senses are stimulated. You touch, see, and smell, and this increases feel-good endorphins in the brain. To top it all off, you get the pleasure of seeing others enjoying what you’ve lovingly made. Baking became my savior, my passion, and a kind of meditation all rolled into one.

At the same time I was recovering and baking, I quit my job in journalism and started working in women’s empowerment.

I founded Tamu Bakery in 2013. Tamu is Swahili for “sweet and delicious” and “soft and gentle.” My NGO is dedicated to fighting gender-based violence around the world by empowering girls and women to speak out. Our supporters order our cakes, and the funds help run baking therapy sessions in partnership with host organizations. This is my story of traveling the world baking, and what I’ve learned first-hand about how baking can change lives. 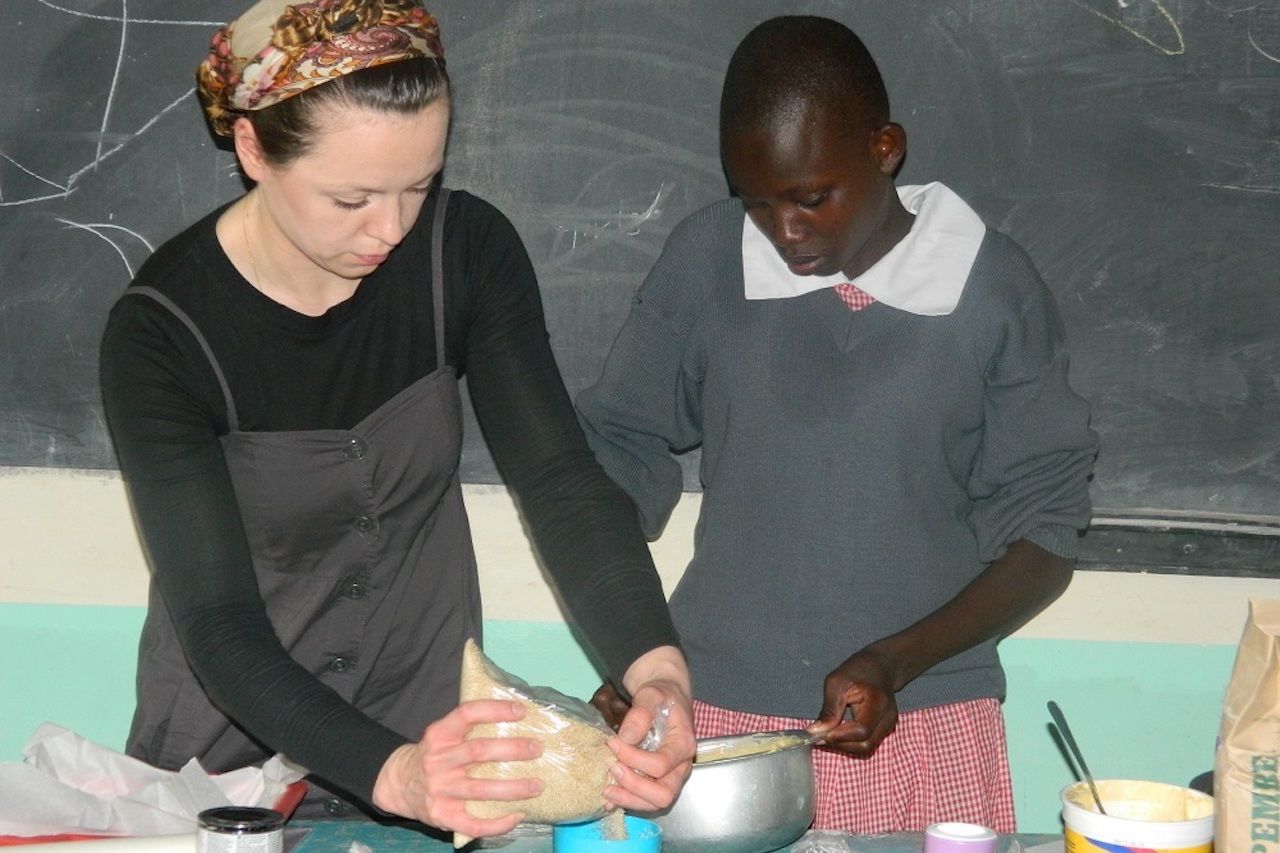 During my first volunteer trip to Kenya, in the midst of Masai Mara land, I was running human rights workshops with girls who had early marriages. While sharing ugali with them at lunch, one girl asked me what kind of food I usually cook back home. As I attempted to explain the intricacies of a Ukrainian borsch, drawing on the earth with a stick, it struck me that describing my native cuisine to these young women simply would not do. Plus, it did not seem fair after I had had the chance to try all the traditional Kenyan dishes. I had to make something with them.

I didn’t have the right ingredients in the rural Masai Mara to cook any of my British or Ukrainian favorites, so we came up with a crazy idea — we would bake a cake together. No oven? No electricity? No problem! “We’ll find a way,” I thought, “and besides, if baking has helped me, maybe it could help those girls to overcome their traumas too.”

So we constructed a makeshift oven out of hot sand, gathered a pan and a lid, and then put the cake mixture in the pan and put hot sand on top. It took the whole night to bake the cakes, but the Victoria sponges were finally ready for a luxurious breakfast. The girls sang traditional songs and shared details of their lives. The process of making that first cake outside of my kitchen, with a tribe of people I had very little in common with at first, I can only compare to the intimacy of giving birth. Such a connection, forged in an improvised oven, made me feel part of something special. 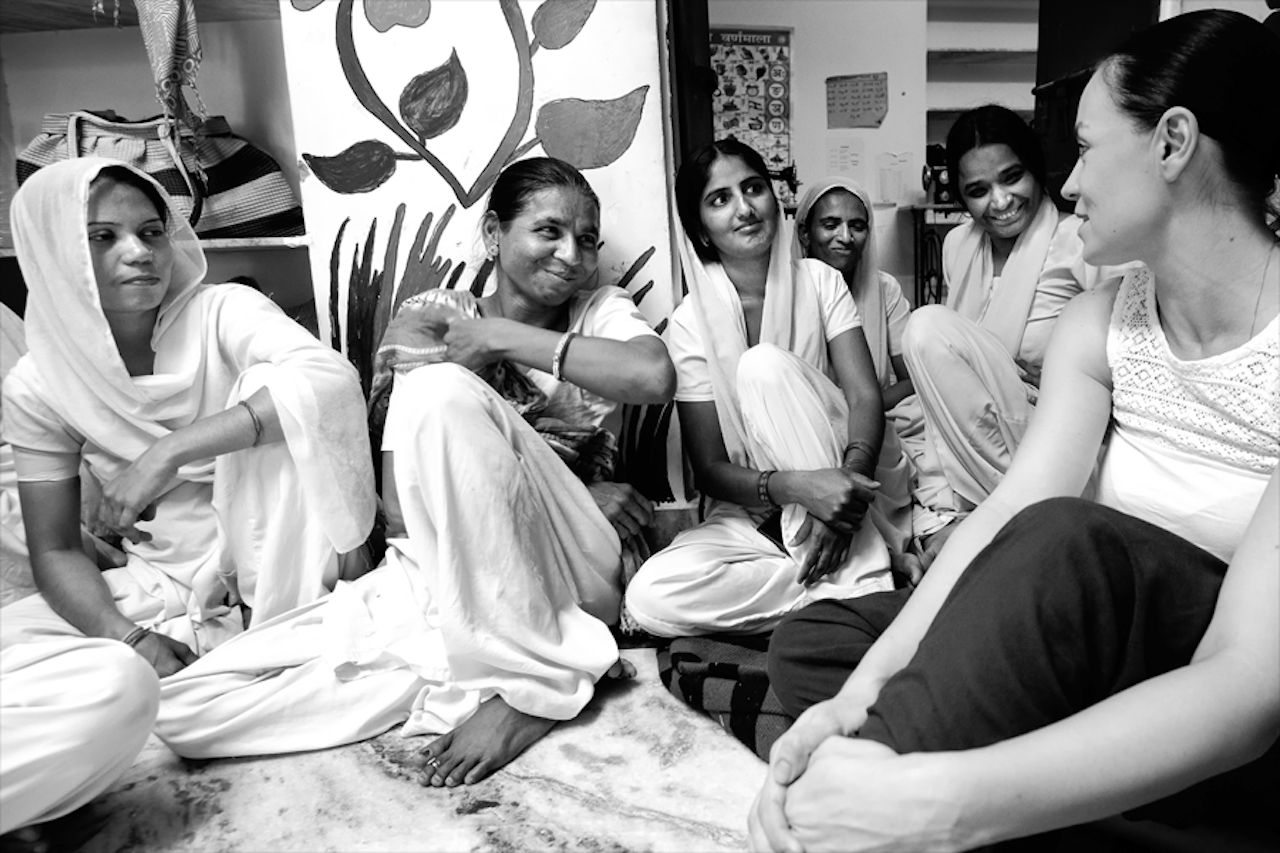 Since that moment in Kenya, I’ve experienced many times how baking helps women to reconnect with themselves and gain a sense of sisterhood with others. In Rajasthan in northern India, I baked with women from the Dalit community. Due to their perceived low caste status, Dalit (also known as “untouchable”) women suffer terribly from harassment and patriarchal dominance. Together, we created a recipe for iron-rich biscuits based on molasses and apple sauce to improve the nutrition of their families.

Waiting for the biscuits to be baked, taking turns to adjust the temperature on the traditional gas cooker and sipping spicy masala chai, the feeling of togetherness is there without the need for a single spoken word to be translated. After all, no matter our nationality or religion, we all cook and eat every day. Recipes differ, but the secret ingredients added to dishes in kitchens the world over are love, care, and a wish to nurture others. 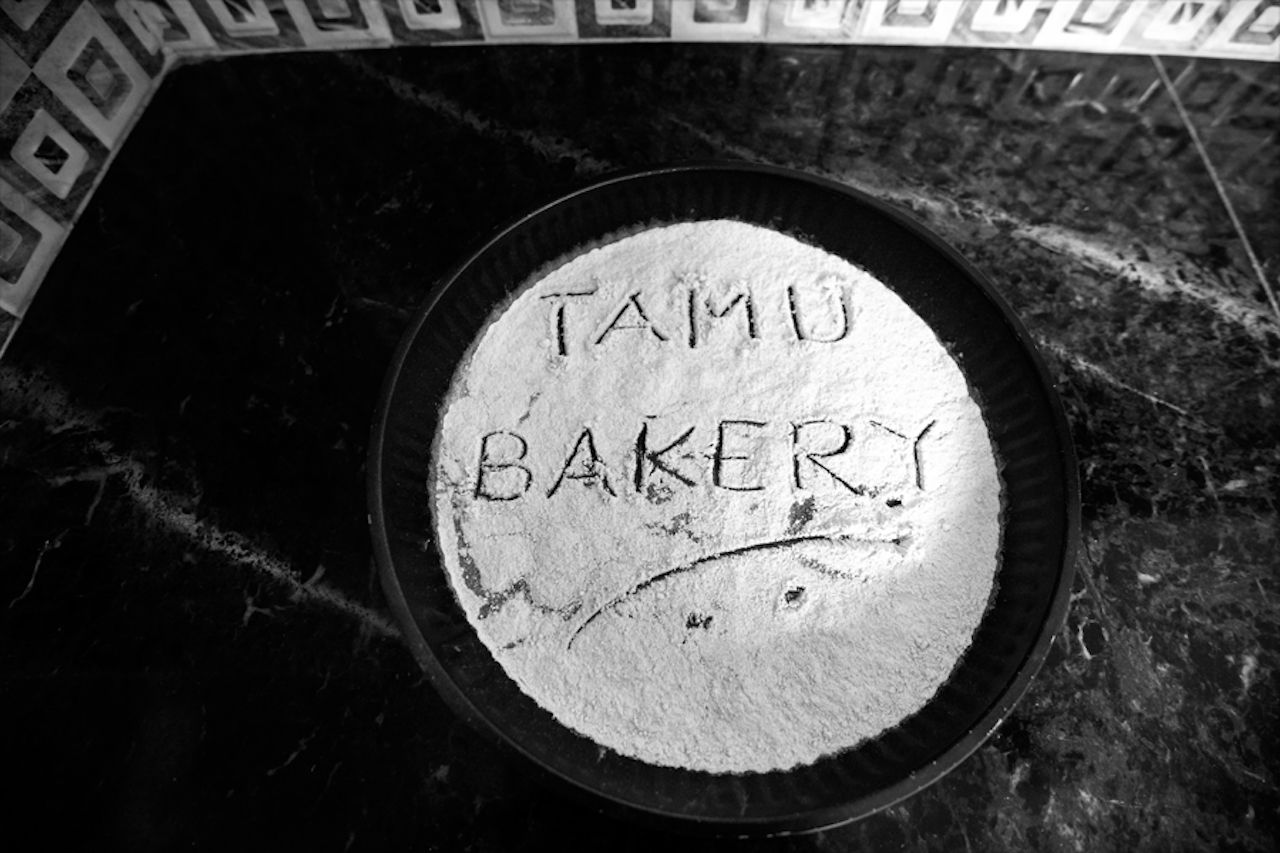 In Kosovo, where the cuisine is influenced by Albania and Turkey, there’s a strong tradition of making savory cakes with lots of fresh dairy products. One vivid memory of working with the war widows there is sharing a flija, which is a cake made with multiple crepe-like layers brushed with cream and served with sour cream. It’s cooked in the villages in a traditional outdoor earthenware oven. Only by sharing a country’s traditional dishes can you get nearer to understanding its past and present. Baking in a village in the Gjakova region of Kosovo, using honey freshly harvested by the industrious women who are leading the revival of agriculture after the conflict with Serbia was a lesson in history that no book could ever teach. 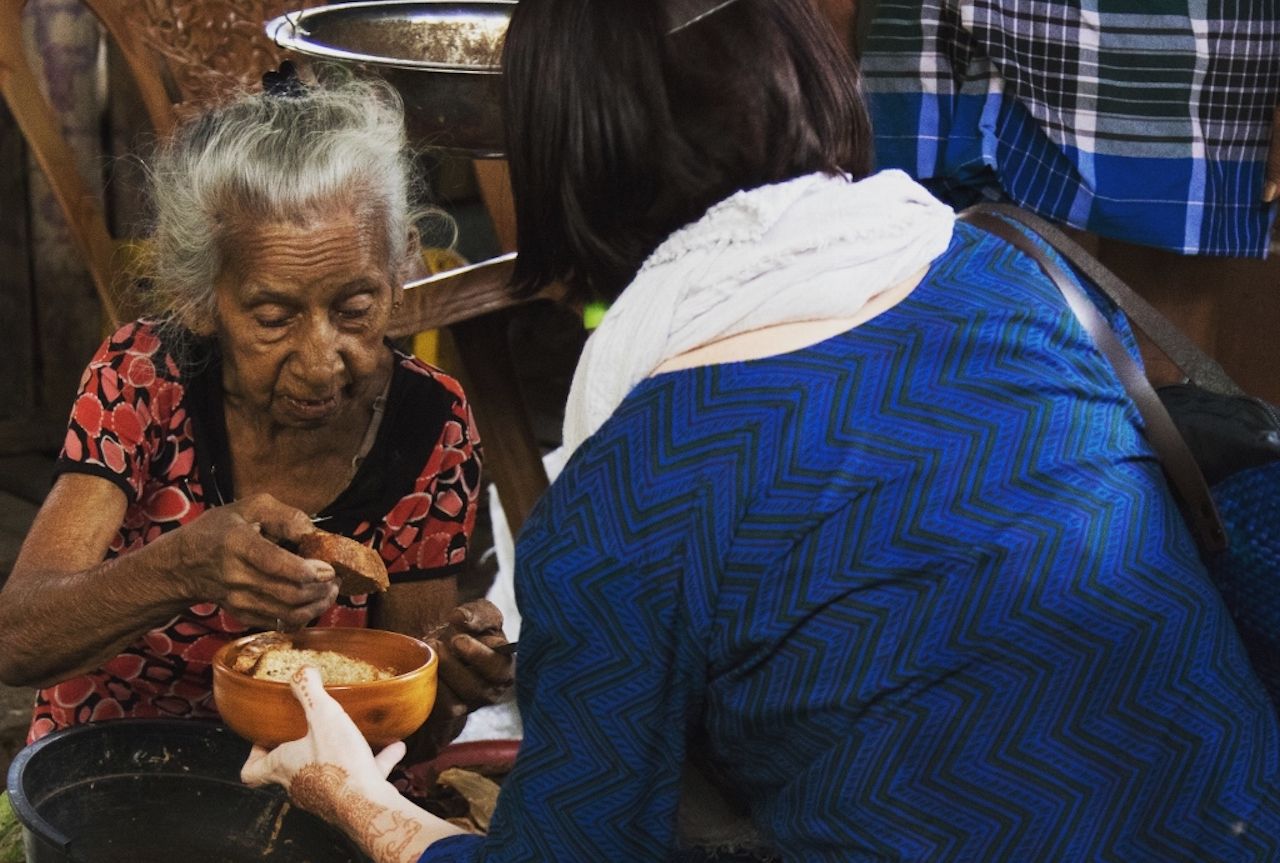 One of the most deeply ingrained food traditions I’ve come across in my baking is the making of sweet treats for the Avurudu festival in Sri Lanka. There, I found kokis, which are thin and crispy biscuits made from a batter of rice flour and coconut milk and then deep-fried in the shape of a cartwheel. Also kevum, oily cakes with a crispy skin and moist inside, and kiribath, a Sri Lankan version of rice pudding. All are served during Sinhalese New Year. During my first Avurudu on the tropical island, I didn’t understand the meaning of all of the dishes just by tasting them. But once I shared the cooking element with local women during my second year there, I felt the pride and importance of the harvest month of April through the sweetness of the jaggery and coconut used in the food.

Baking always brings me nearer to women and cultures around the world, whether I’m shaping momos in Nepal, mixing date paste for ma’amouls in a Palestinian refugee camp in Beirut, wrapping green rice cakes in Vietnam, or rolling burek in Montenegro.

In Her Shoes: India
Tagged
Activism Dessert Female Travel Narrative
What did you think of this story?
Meh
Good
Awesome