There’s simply no better way to immerse yourself in Tennessee culture than through your stomach. Whether it’s setting your mouth ablaze with hot chicken, chowing down on a hot dog marinated in moonshine, or having an iconic barbecue experience in a back-alley basement, it feels easy to be a foodie in Tennessee.

Do your taste buds a favor and follow this guide for eating and drinking your way across the state. From beloved classics to iconic newcomers and everything in between, here’s where to go. 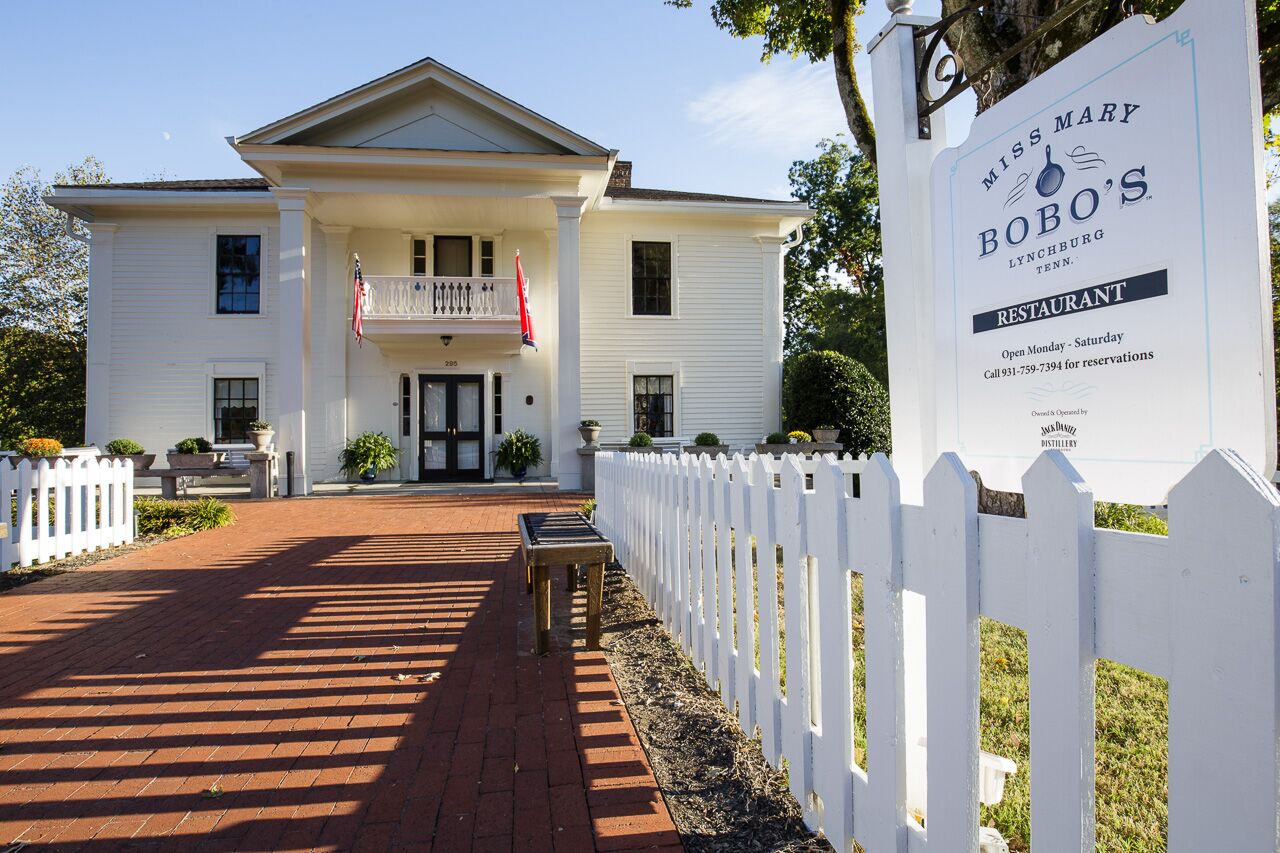 If you ask any Tennessee grandma, they’ll tell you the food pyramid should really only consist of one serving of meat and three side dishes, washed down with a glass of sweet iced tea. And there’s no better place to fulfill this balanced diet than at the all-you-can-eat Bea’s in Chattanooga. Not only has Bea’s been operated by the same family since 1950, the dining room is set up family-style with round lazy Susan tables that you share with other diners. Hot food is constantly brought out from the kitchen, and there’s no judgment for loading your plate up with seconds (and thirds) of fried chicken smothered in chow-chow relish, creamy potatoes, coleslaw, fried okra, and golden yeast rolls glistening with melted butter.

Featured in Diners, Drive-Ins and Dives, Arnold’s Country Kitchen in Nashville has been serving up made-from-scratch meals for 39 years. Just, if you can, try to go easy on the meat and three’s to save room for a slice of hot pepper chocolate pie — it’s the perfect combination of sweetness and heat.

Located just down the street from the Jack Daniel’s Distillery in Lynchburg, Miss Mary Bobo’s Boarding House Restaurant has over 100 years of history to its name and rotates its menu based on seasonal ingredients. Fun fact: Even Mr. Jack Daniel himself couldn’t help but get his daily dose of fried okra and pie from Miss Mary. 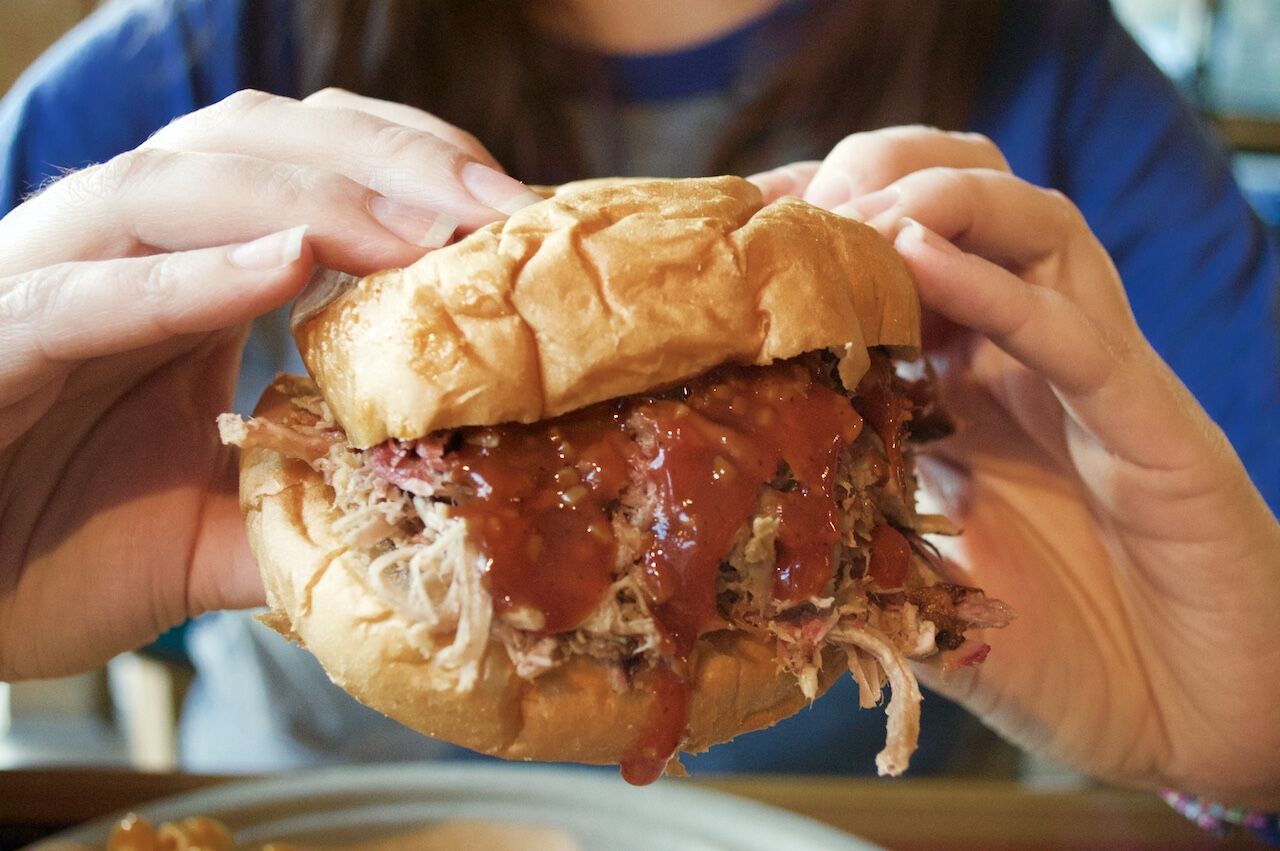 Tennessee and barbecue go together like cornbread and molasses. If you need proof, just make your way to Helen’s Bar-B-Q in Brownsville, which is owned by Helen Turner, one of the few female pit masters in the country. All the meats are smoked over an open pit with coals cultivated from hickory and oak; favorite menu items include the pulled pork shoulder sandwich and juicy smoked sausage.

For some of the best brisket in the state, Family BBQ in Dickson is your joint. This no-frills spot is pretty tiny, so keep your eyes peeled when you start getting a hankering for some barbecue.

And then there’s Charles Vergo’s Rendezvous in Memphis. In 1948, the original owner discovered a coal chute in the basement below his diner, which he converted into a smoker, giving us the world-class signature dry-rub ribs that locals and visitors alike know and crave today. Not much has changed since then, with flame-charred ribs dry-rubbed with spices still being dished out in a downtown back-alley basement. 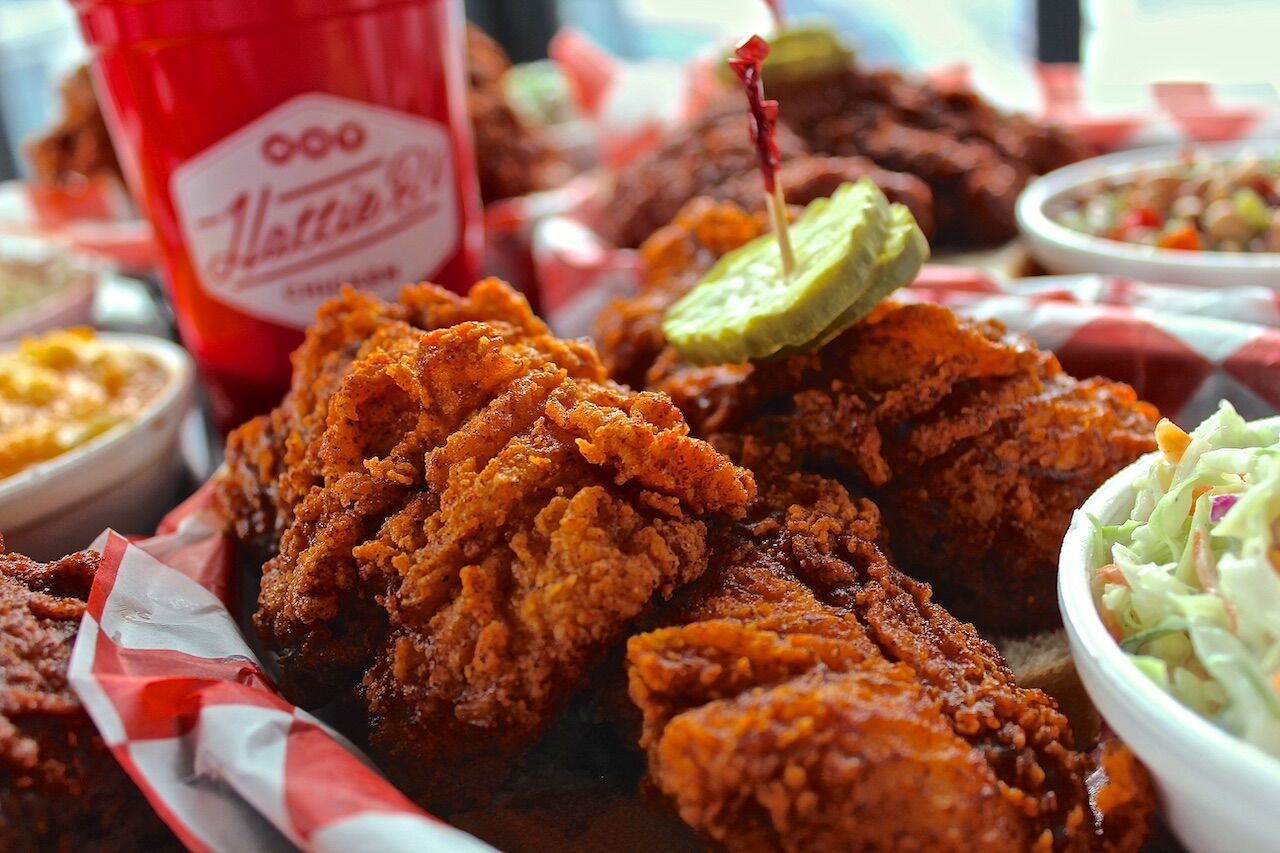 Nashville Hot Chicken certainly deserves its own entry on this list, a staple in its namesake city for the better part of a century. What separates hot chicken from other Southern-style fried chicken is its dark cayenne pepper paste coating. It’s also, as the name implies, freaking hot!

If you like your chicken with a side of sweat and tears, there’s no better place to start than Prince’s. Legend has it that in the early 1900s, Thorton Prince’s scorned lover concocted a fiery fried chicken recipe for revenge. Except Prince didn’t learn his lesson. Instead, he asked for seconds. And thus, as the story goes, the iconic Nashville Hot Chicken recipe was born.

With a dish as popular as this, you can imagine the debate over who slings the best hot chicken is as hot as the breading itself. For a good point of comparison, Hattie B’s has you covered. This family-run restaurant serves chicken (at different spice levels) atop white bread with pickles. 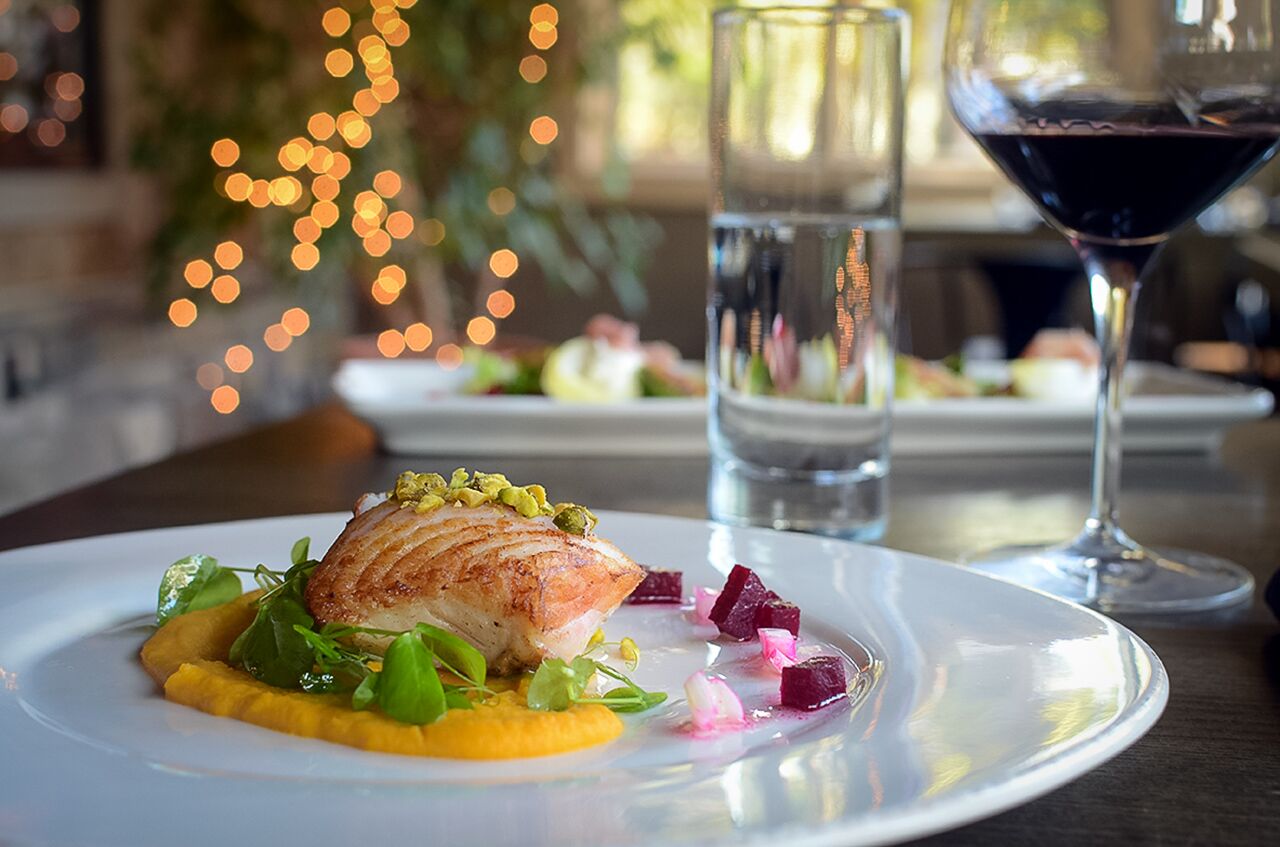 For the finer fare of Tennessee, set your GPS to the Dancing Bear Lodge & Appalachian Bistro in Townsend. Situated near the outskirts of Great Smoky Mountains National Park, this restaurant serves rustic and refined Appalachian cuisine, paying homage to the history and roots of its meals. Describing itself as “forest to skillet,” the bistro takes inspiration from the days of intuitive Appalachian cooking, when folks used whatever was on hand to craft delicious dishes.

As the name implies, The Barn at Blackberry Farm in Walland is set within a turn-of-the-century barn that serves elevated southern Appalachian dishes with ingredients harvested onsite. As a James Beard Award-winning establishment, it will make you think twice about that old “Did you learn to eat in a barn?” jab.

To add some mystique to your fine-dining experience, try House of Cards in Nashville, located below the Johnny Cash Museum. Patrons are entertained by renowned magicians while dining on ostrich steak, octopus and chorizo, and cuisses de grenouille (frog legs) before puffing on a Zino Platinum Nashville Toro cigar. 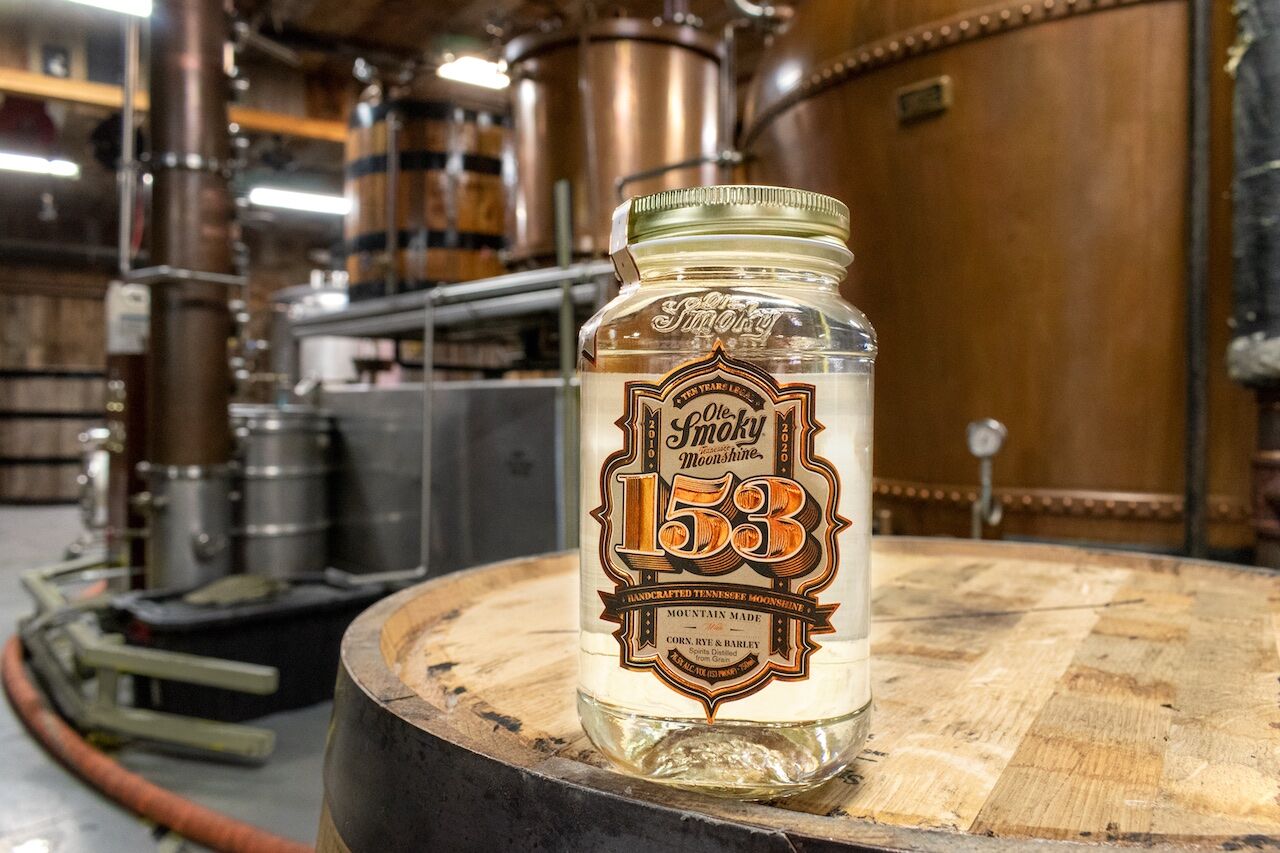 Moonshine is cool these days, but not every place can lay claim to a heritage as rich as Tennessee’s. Take Bootleggers Distillery in Hartford, for example, where they’re keeping a 16-generation distilling legacy alive and true to its roots — Bootleggers is known for being the smallest batch distillery in the country. Ole Smoky Moonshine in Gatlinburg is another spot where you can embrace your inner bootlegger. This 12,000-square-foot distillery with a 100-year-old secret recipe is the place to try unique flavors of shine, like pumpkin pie, butter pecan, and mountain java.

But if you’d rather eat your hooch than drink it, Smoky Mountain Shakes N Dawgs, also in Gatlinburg, is a hot dog joint that marinates its Moonshine Dawg in — you guessed it — moonshine. Or, you can indulge in the gooey cookies of micro-bakery Moonshine Mountain Cookie Company in Knoxville, where some of their delights include a splash of moonshine among the ingredients. 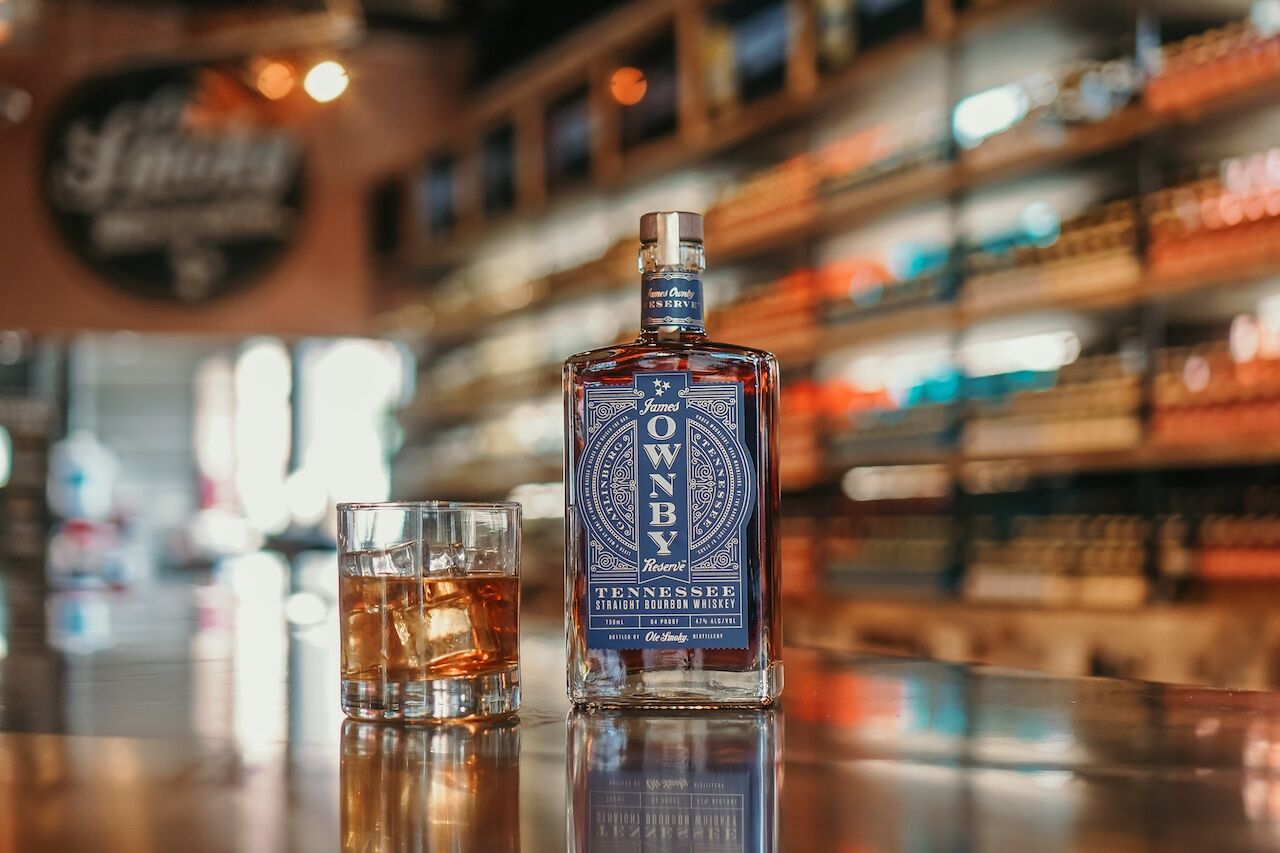 You can’t embark on a culinary tour of Tennessee and not spend a fair amount of time sipping whiskey. No need to stress about where to try it, though — there’s an entire road-trip itinerary built to celebrate this all-American beverage. The Tennessee Whiskey Trail covers the entire state and takes you to over 30 distillery stops.

Honestly, the trail is worth a trip or two all on its own, evidence that — when it comes to Tennessee food and drink — the deeper you go, the tastier it gets.

This post is proudly produced in partnership with the Tennessee Department of Tourist Development.
Tagged
Restaurants + Bars Spirits + Cocktails Tennessee, United States
What did you think of this story?
Meh
Good
Awesome