A trip to Vegas would not be complete without some wild dancing at a gigantic and over-the-top night club, so we’ve lined up the best options for you to indulge in some outrageous partying. All you have to do is to take your pick and go have some crazy fun.

The “hottest night club in Vegas” only stays the hottest night club in Vegas for so long. At some point, almost every club on this list has been the hottest club before being demoted by the next best thing. Omnia, however, has maintained its status as the hottest club in Vegas since opening in 2015, wresting the title away from long-time holder Hakkasan. While the music is mostly the same as every other mega-club near its peak, with celeb DJs spinning every night it’s open, Omnia ups the ante on the mega-ness of mega-clubs. It has a four-story, 75,000-square-foot labyrinthine footprint that includes a swanky lounge called the “Heart of Omnia”; the high-energy main room and opera house-style balcony where the big-name DJs spin; and a rooftop terrace with its own DJs and dance floor offering panoramic views of the Strip. Retreat to the Heart or the Terrace, but take a moment to appreciate the exquisite attention to details throughout the venue, and spend some time under the domed ceiling of the main room to look at the massive chandelier pulsing out its own light show — it’s worth your time.

Hakkasan pulls in all the big names — Tiësto, Calvin Harris, Kaskade, Steve Aoki, Hardwell, Zedd — to its 80,000-square-foot, five-level mega-club and restaurant. Yes, it’s a restaurant, too! The loosely pan-Asian theme is played up throughout, especially in the restaurant and lounge spaces where luxe details include hard-carved wood and inlaid marble. Electronic Dance Music lovers must head to the main room where EDM headliners reign supreme. Those more in the mood for hip-hop and top-40 should slip away to the Ling Ling Lounge, where the tables are also much cheaper and from where you still have access to the whole club. 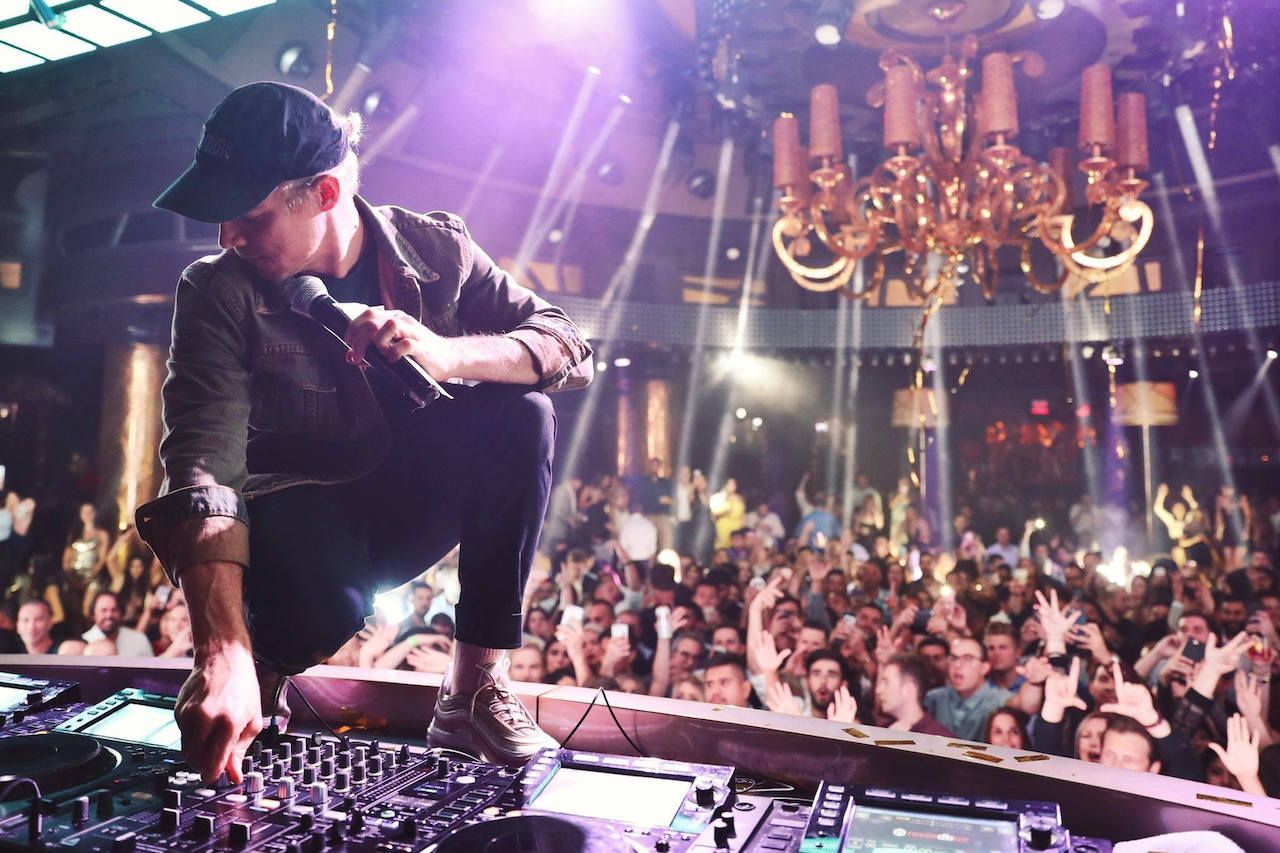 The nightlife at Wynn and Encore is considered the best in the city, with no exceptions. Instead of one standout club, Wynn and Encore collectively have XS, Surrender, Encore Beach Club, and Intrigue, all favorites among the Las Vegas club-going crowds, and all within relative stumbling distance of one another. XS is the top-tier here, with a lavish main room that spills out into the Encore’s pool area (not to be confused with the Encore Beach Club, which is separate). XS has been named “the hottest club in the world”, as well as the top-grossing night club in the country five years in a row, and while it is “old” by Vegas club standards, it is still in the upper echelon of Vegas clubs with major EDM names like Diplo, the Chainsmokers, Alesso, and Marshmellow in regular rotation. 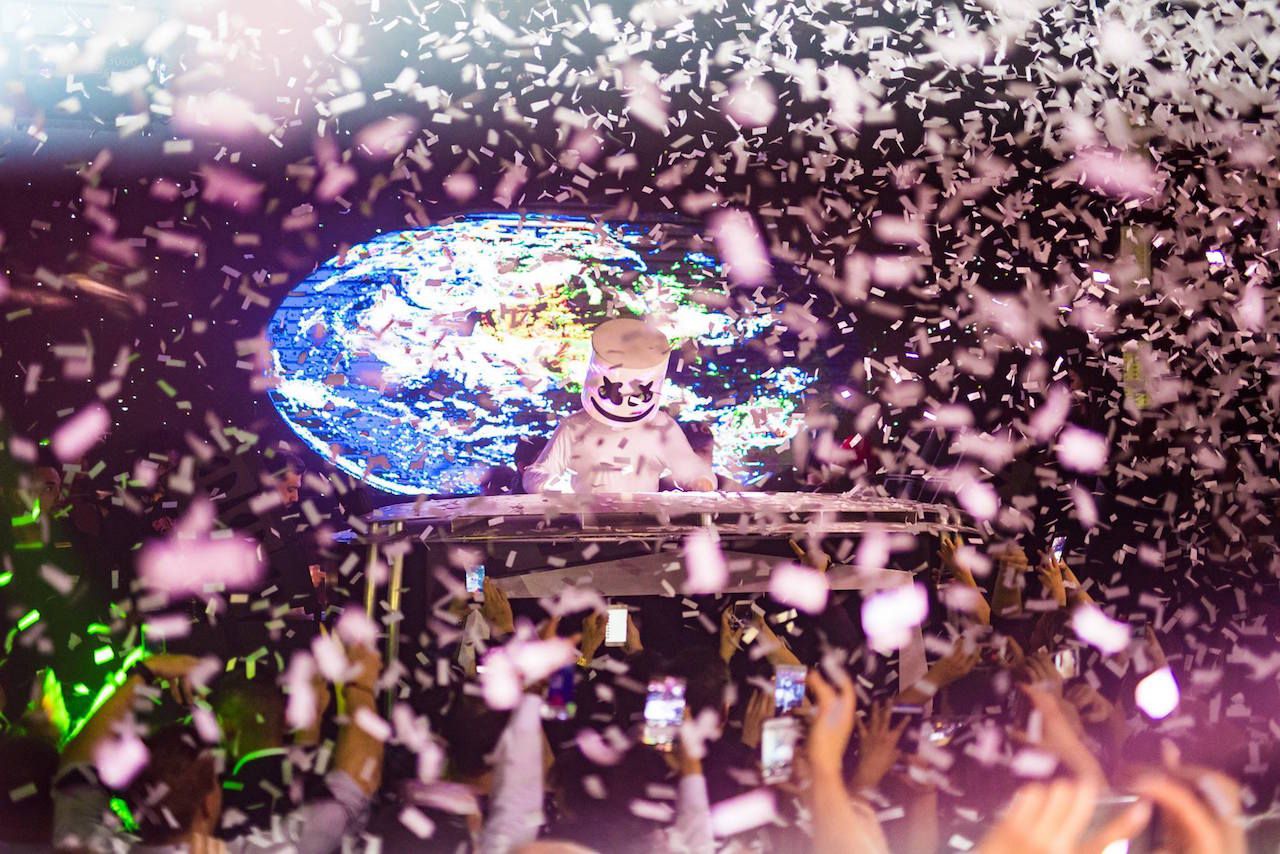 Smaller than XS but with the entirety of Encore Beach Club at its back, Surrender at Encore is only 5,000 square feet but delivers big-name talent like Flosstradamus and Duke Dumont for Encore Beach Club at Night. The sprawling outdoor space is a bit more laid-back for those who want to enjoy the music and the scene without being crammed ass-to-crotch inside a crowded club.

5. Drai’s Beachclub & Nightclub at The Cromwell 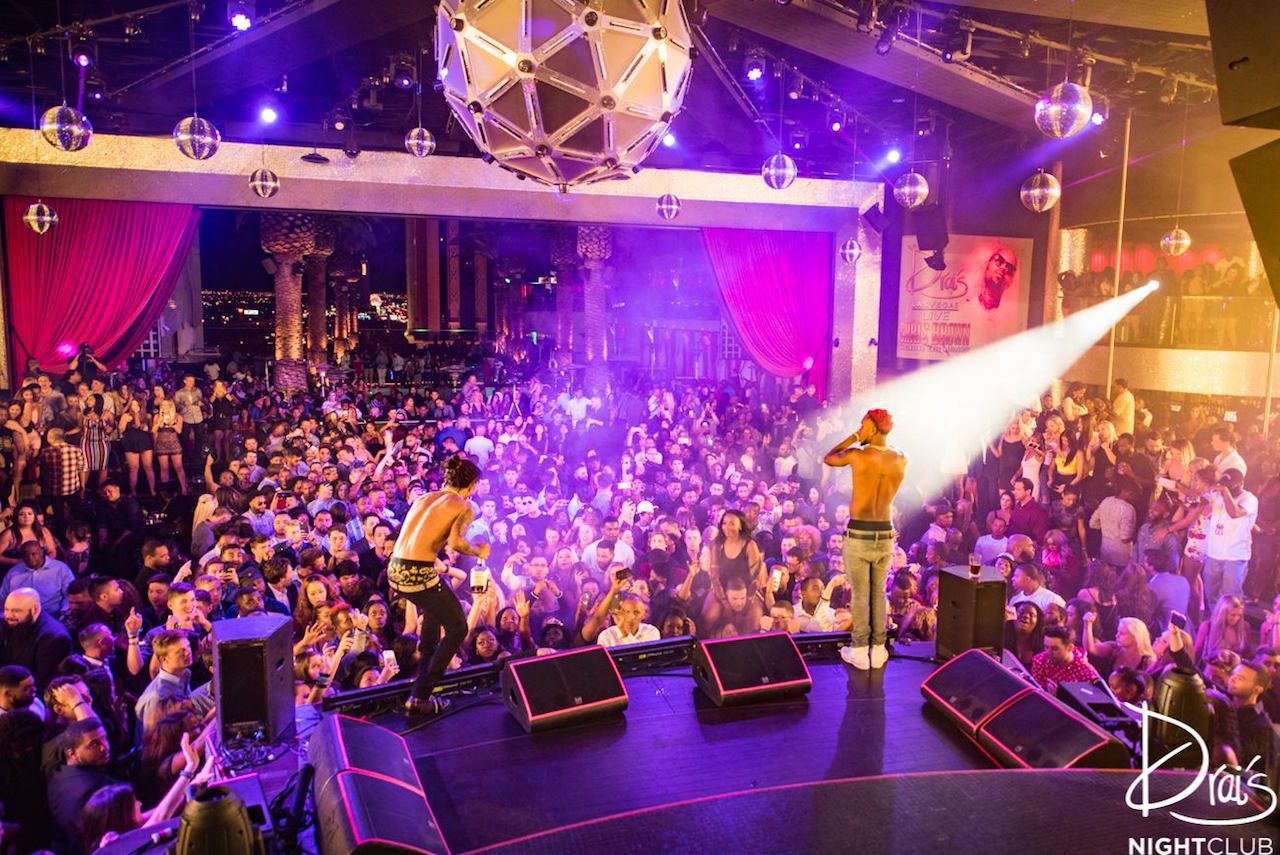 If you’re just not about that EDM life but still want to party in an indoor/outdoor super-club, Drai’s at the Cromwell is just the ticket for you. Located on the property’s rooftop directly overlooking the Strip, the 65,000-square-foot Drai’s Beachclub & Nightclub offers some of the best views and most tech-heavy, posh party scenes of any of the Vegas clubs, but the focus here is almost all hip-hop instead of EDM. Catch people like Big Sean, Trey Songz, Chris Brown, Tyga, and The Weeknd live, and on nights without performers, expect a mix of hip-hop and top-40.

6. Drai’s After Hours at the Cromwell 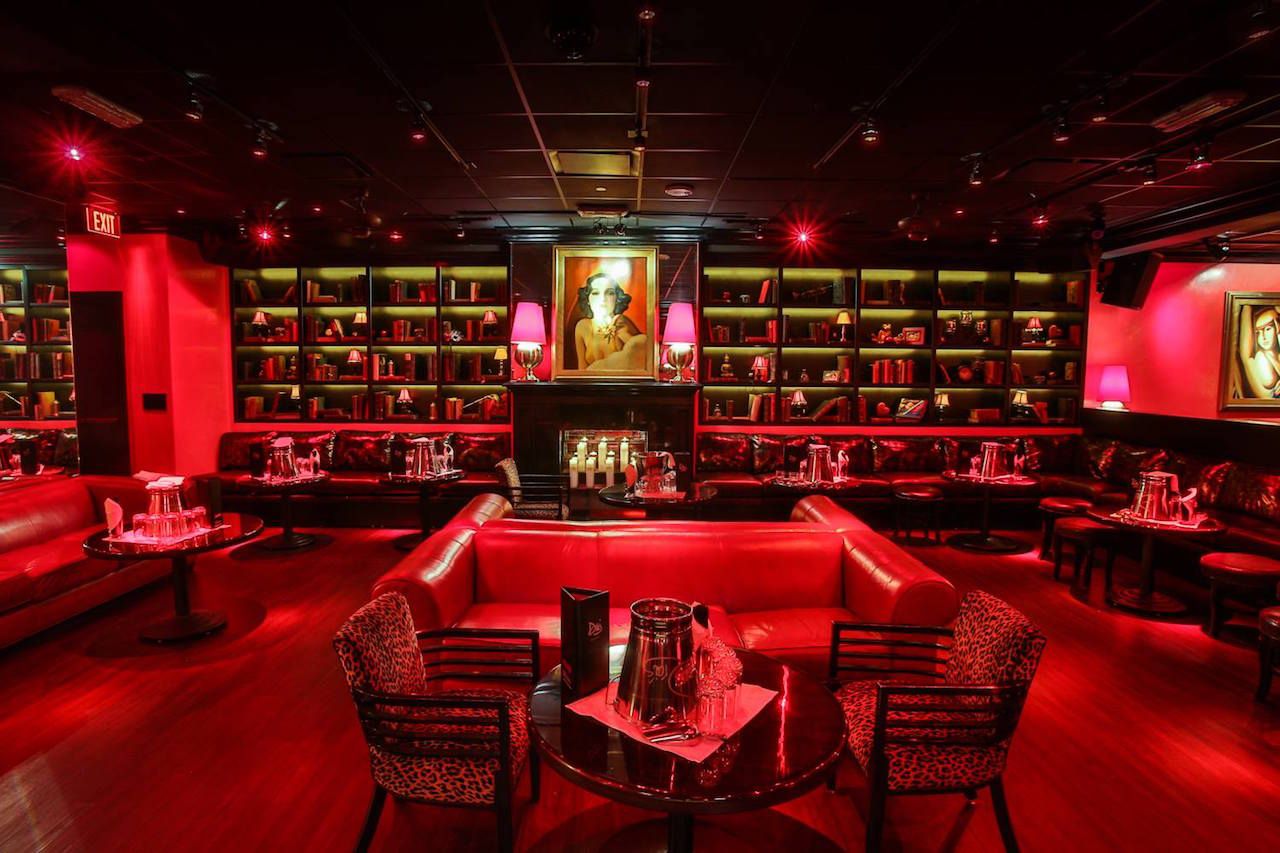 Same name, same property, but a different beast entirely, Drai’s After Hours located in the basement of the Cromwell is where you go when the party is winding down everywhere else but you’re still going strong and aren’t yet ready to see daylight. This is the after-hours spot, with two rooms (one playing EDM and one playing hip-hop, though on extra-busy nights the hip-hop room can cost extra) where a whole lot of questionable decisions are made.

7. Marquee Nightclub & Dayclub at The Cosmopolitan 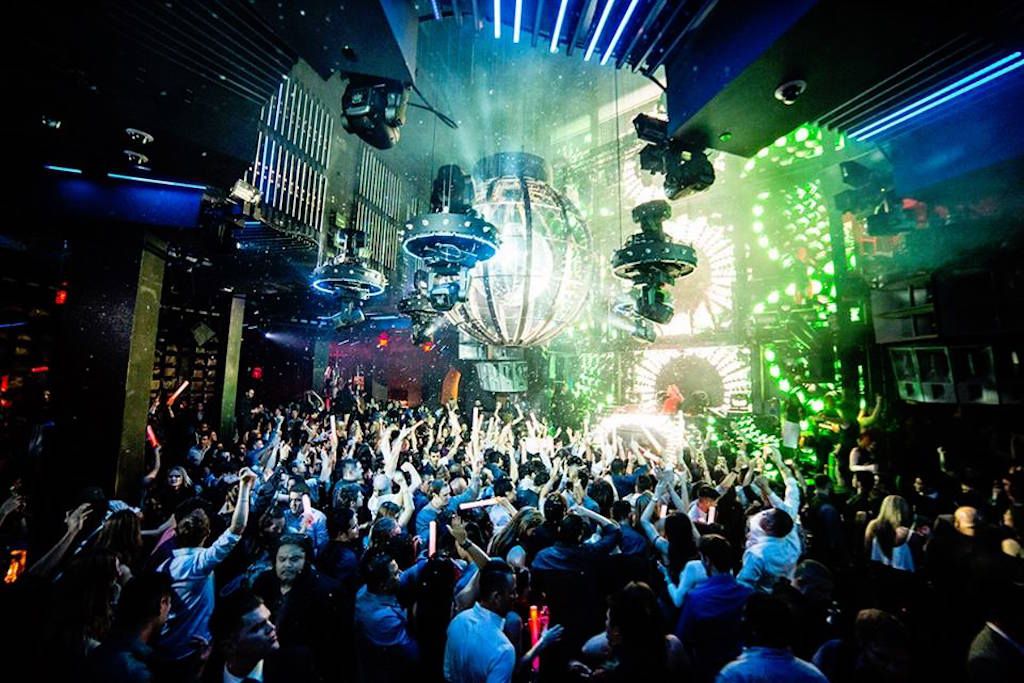 Located in what is still the hottest property in Vegas, Marquee remains one of the top nightclubs and dayclubs in Vegas — in fact, they were one of the earliest adopters the “dayclub” trend, realizing that people in Vegas are here to party 24 hours. The combined indoor/outdoor club is more than 62,000 square feet, with 50-foot-tall ceilings inside and a multi-million-dollar soundstage. The main room is EDM, as is the case all over Vegas, while the small “Boom Box Room” located downstairs is all hip-hop and R&B. 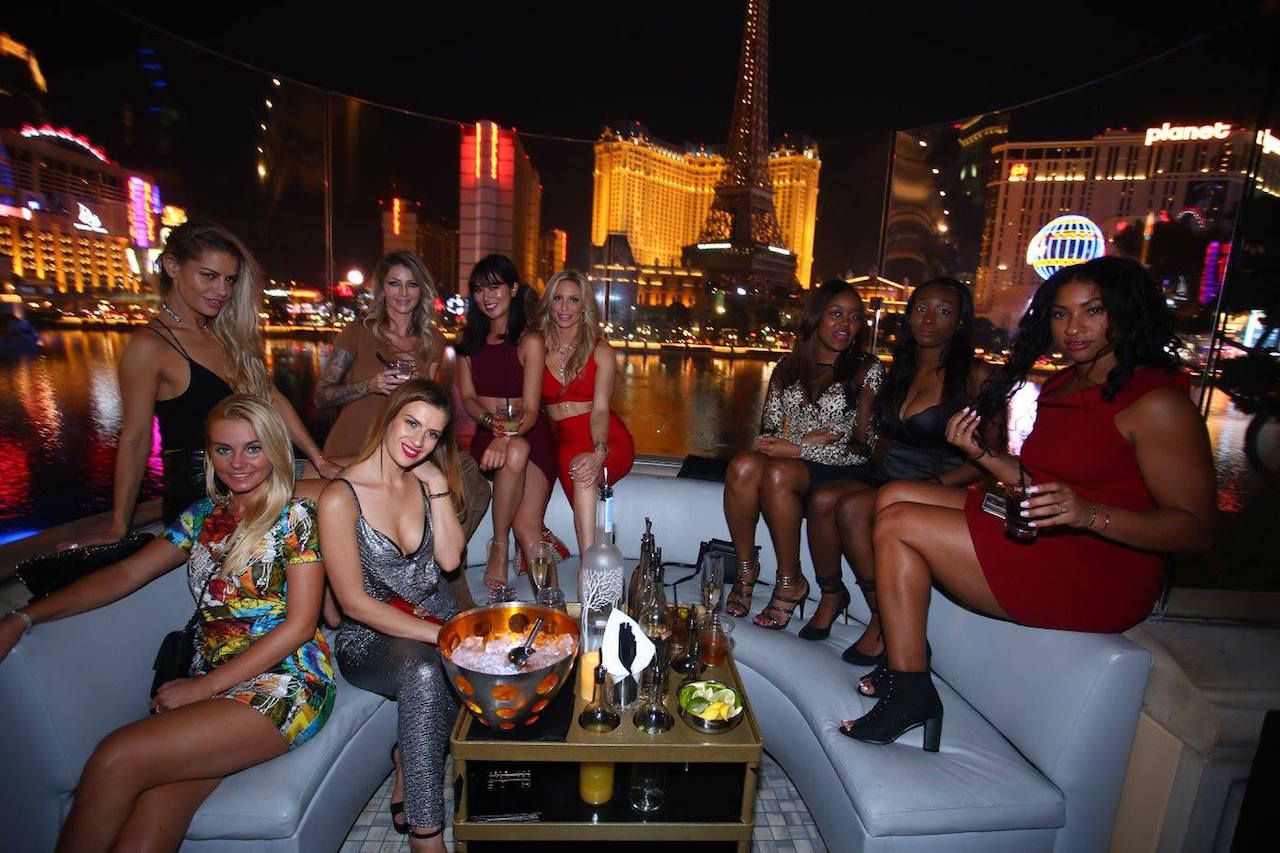 Hyde at Bellagio is more of a swanky lounge than a thumping night club. It has tons of plush seating in the 10,000-square-foot indoor/outdoor venue that overlooks the iconic Bellagio Fountains. You can catch DJs, live performances, exclusive events, and football-viewing parties every Sunday during football season, a signature event of the SBE Group.

9. 1 OAK Nightclub at the Mirage 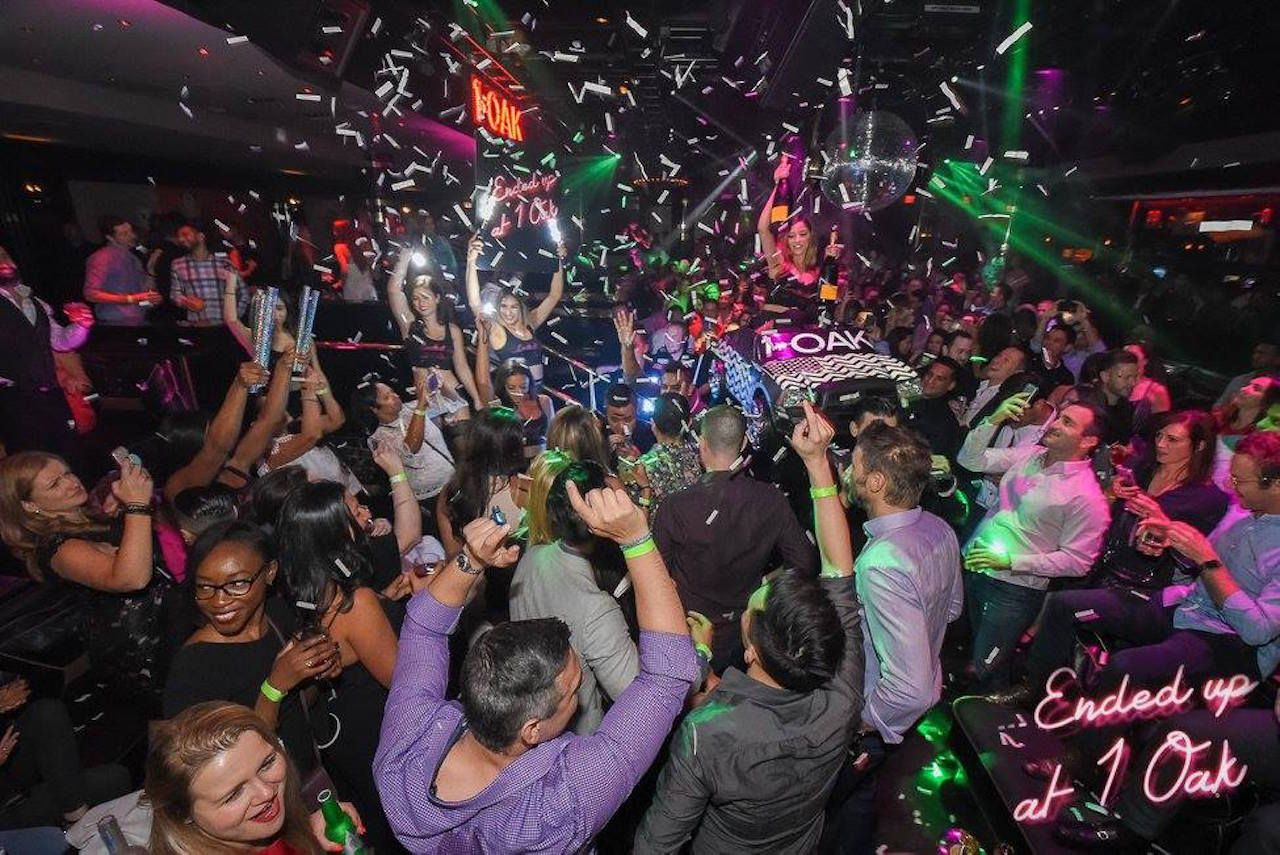 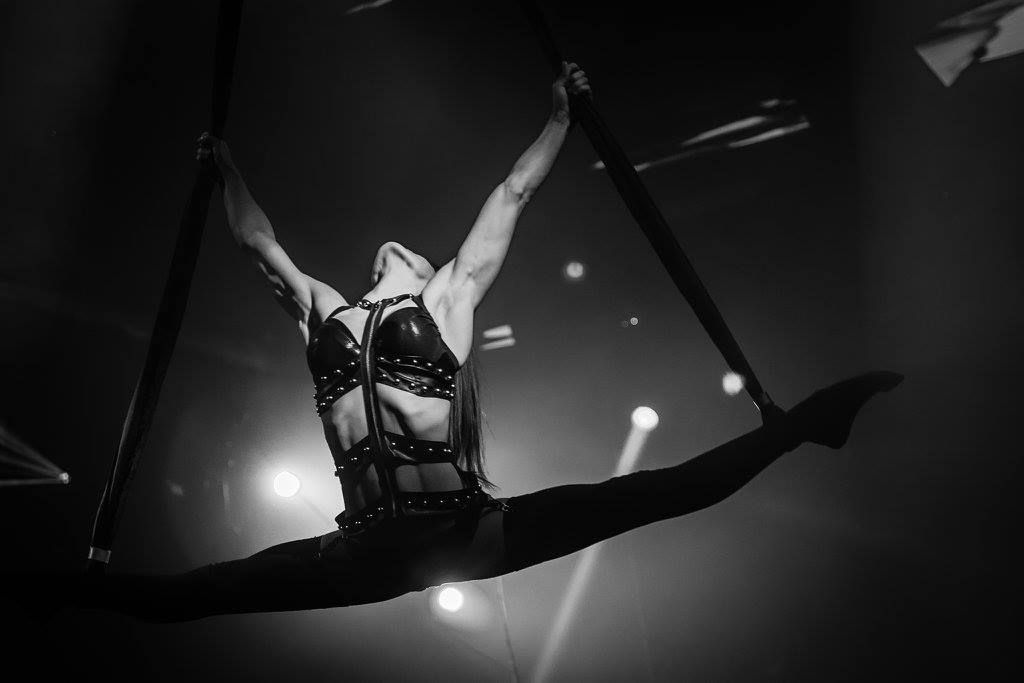 If you ever wondered what would happen if you combined two of the most Vegas-y things in Vegas — Cirque and super-clubs — well, MGM beat you to it, because that’s basically LIGHT in a Twitter status update. Cirque performers swing from the ceilings and crawl across massive walls of responsive LED screens, highlighting the cutting edge of nightlife creativity. LIGHT is so much more than a club — it is a state-of-the-art theatrical experience. 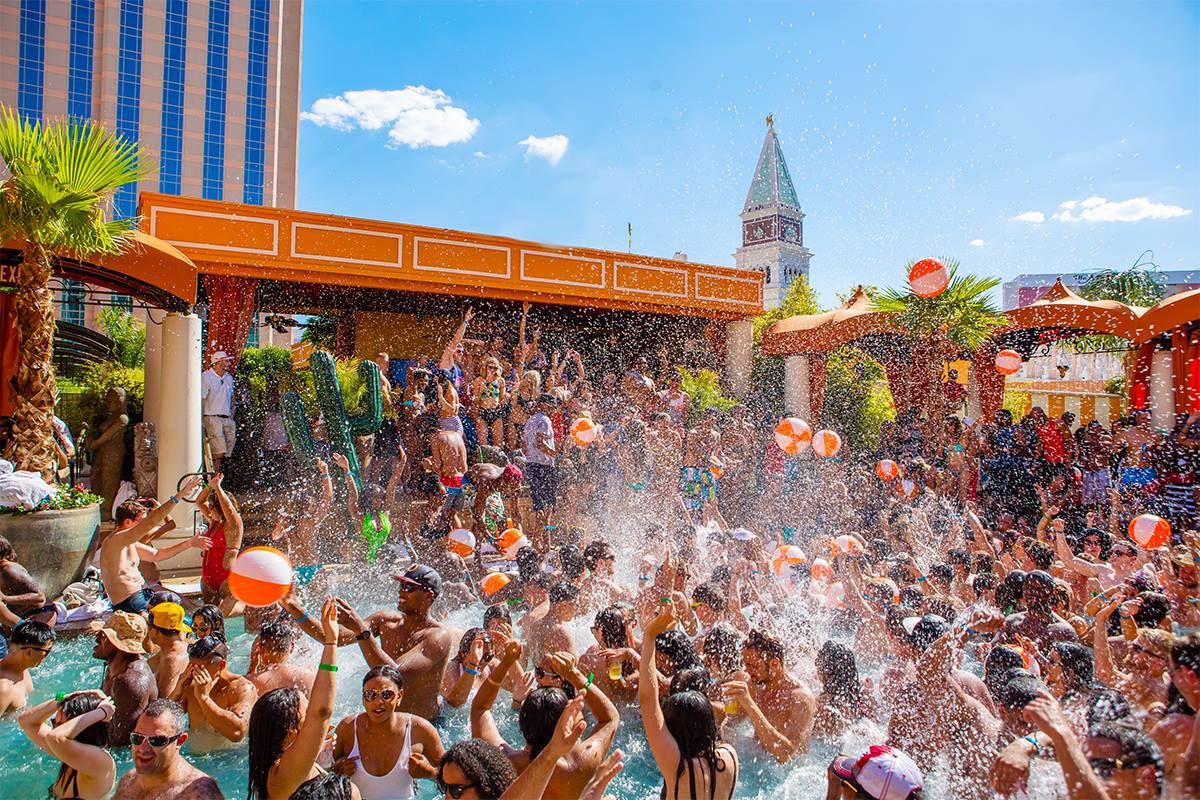 TAO was a celebrated Asian restaurant and celebrity-drawing nightlife hotspot long before Hakkasan was a glimmer in any promoter’s eye, and still continues to be a popular nightlife destination in Vegas. TAO is a three-story experience featuring a Pan-Asian restaurant, lounge, night club, and beach club spanning over 60,000 square feet. The main room is a mix of EDM, top-40, and hip-hop, while the Opium Room is more hip-hop. The outside terrace also offers a great view of the Strip. This is the last remaining OG of Vegas’s club culture and kind of a piece of Vegas history at this point, so all nightlife connoisseurs owe it to themselves to check this place out at least once.

Epic StaysThese Las Vegas Airbnbs Offer the Best Vegas Experience on and Off the Strip
Tagged
Trip Planning Las Vegas, NV, United States
What did you think of this story?
Meh
Good
Awesome