When it comes to Mexican food, we all have a general understanding of the basics like tacos, burritos, and loaded plates of cheesy nachos. But one of Mexico’s most underrated cuisines, and one that you should get to know first hand, is that of the Yucatán Peninsula. Inspired by ingredients and cooking techniques used by the ancient Mayans, as well as those brought over by Spanish conquistadors, Dutch merchants, and Lebanese immigrants, this beautiful part of Mexico serves up fusion flavors found nowhere else in the country.

From deep-fried tortillas topped with slow-roasted pork to Edam cheese stuffed with spiced meat and raisins, there’s one thing we know for sure: Yucatecan food is a treat for the senses. These are the dishes you need to know, including Mayan food made with Yucatán ingredients and a savory Yucatán dessert. 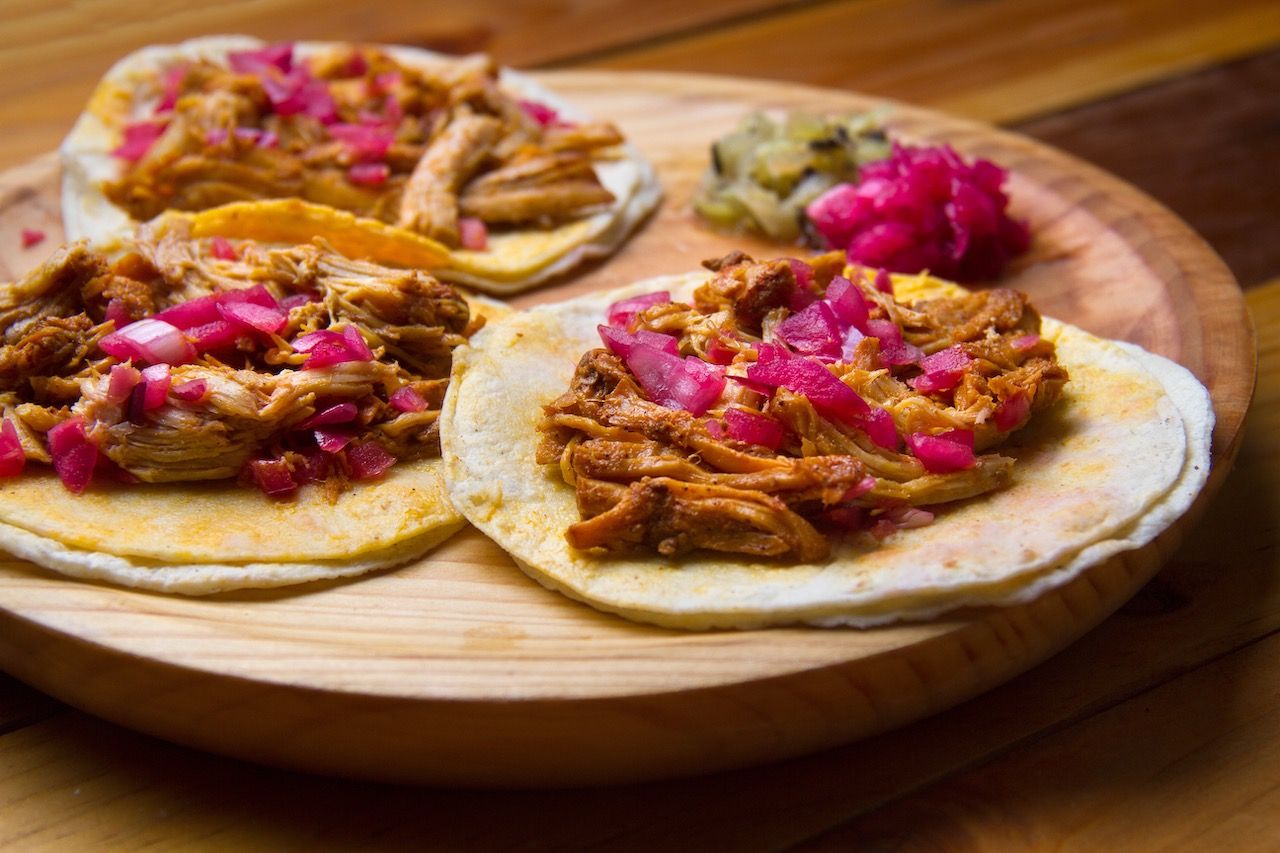 Cochinita pibil is a slow-cooked pork dish marinated in achiote and bitter Seville orange, and it’s Yucatán’s star plato fuerte (main meal). Traditionally reserved for Sunday family dinners in rural parts of the region, today you’ll see the dish sold from street food stands and in almost every local restaurant. But not all cochinita pibil is created equal. For the best plate of cochinita, you’ll need to find somewhere that cooks the meat as the ancient Mayans did over 1,000 years ago: very slowly, under the ground, and wrapped in banana leaves. The ridiculously succulent, melt-in-your-mouth meat is best savored in a fresh corn tortilla with pickled red onions, habanero salsa, and a handful of cilantro.

This one’s for the cheese lovers. Considered Yucatán’s ultimate fusion dish, queso relleno is a hollowed out ball of Edam cheese (from the Dutch) that’s filled and baked with minced pork meat, raisins, almonds, and olives (from the Mediterranean), and topped with a creamy tomato and k’ool blanco sauce (from the Mayans). It’s rich, salty, and oh-so-cheesy. It’s kind of irresistible, and almost certainly addictive. 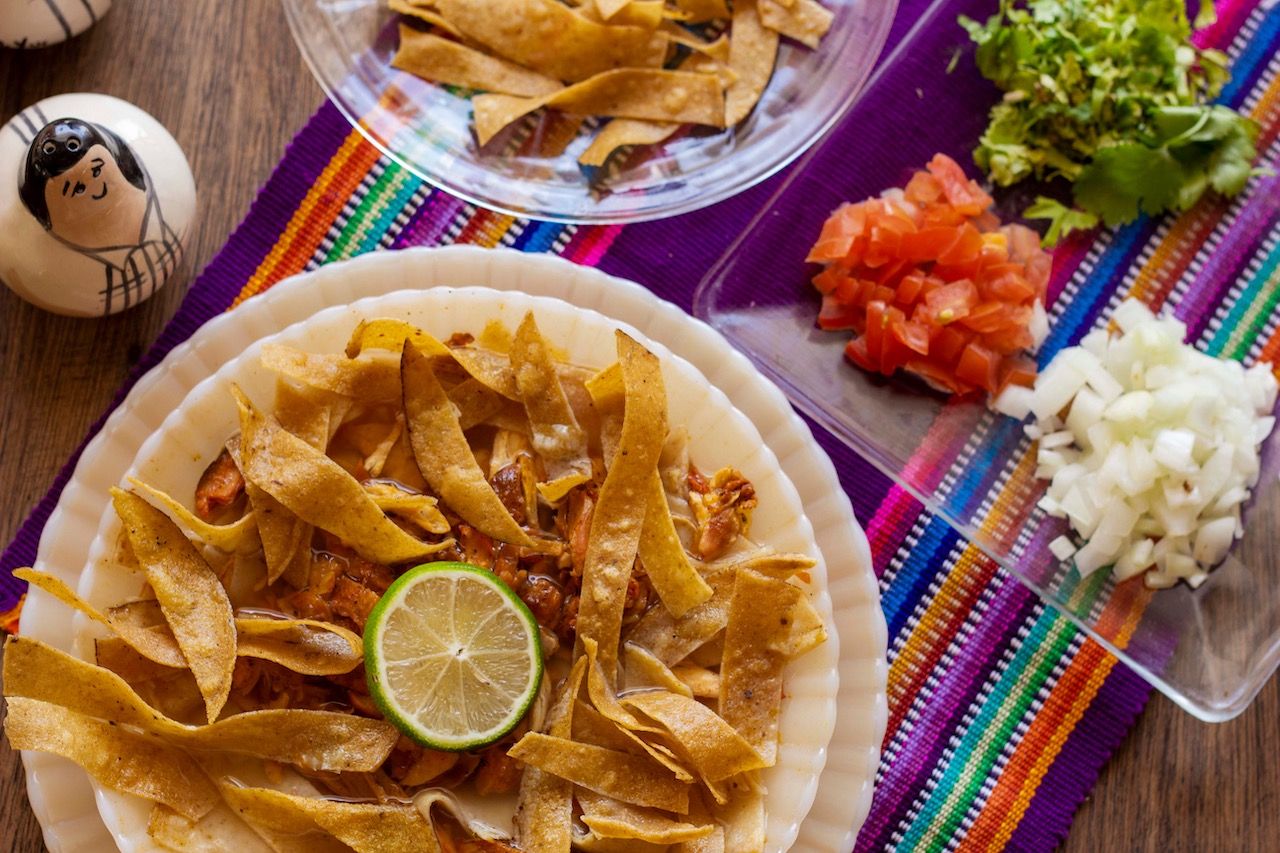 A soup made from shredded chicken and limetta (sweet) limes, sopa de lima is a very simple, yet delicious, citrusy dish. Usually served as a starter or side, the best sopa de lima will be a perfectly balanced and refreshing — but not too tangy or bitter — chicken broth with a generous handful of cilantro and crispy fried tortilla chips. It’s believed that the ancient Mayans traditionally used wild turkey and corn to make an earlier version of this soup, but once the Spanish arrived in the 16th century, these staple ingredients were eventually replaced by newly imported limes and chicken.

You’ll see chaya, a native species of spinach that grows in abundance in Yucatán, appear in several dishes. While you’ll be able to get a taste of it in empanadas, tortillas, and tacos up and down the region, the best way to eat it is in a delicious creamy soup known locally as crema de chaya. Now stay with us here: We know spinach soup might not sound all that exciting. But remember you’re in Yucatán, a place where every kitchen has a way of making even the simplest of ingredients taste ridiculously good. 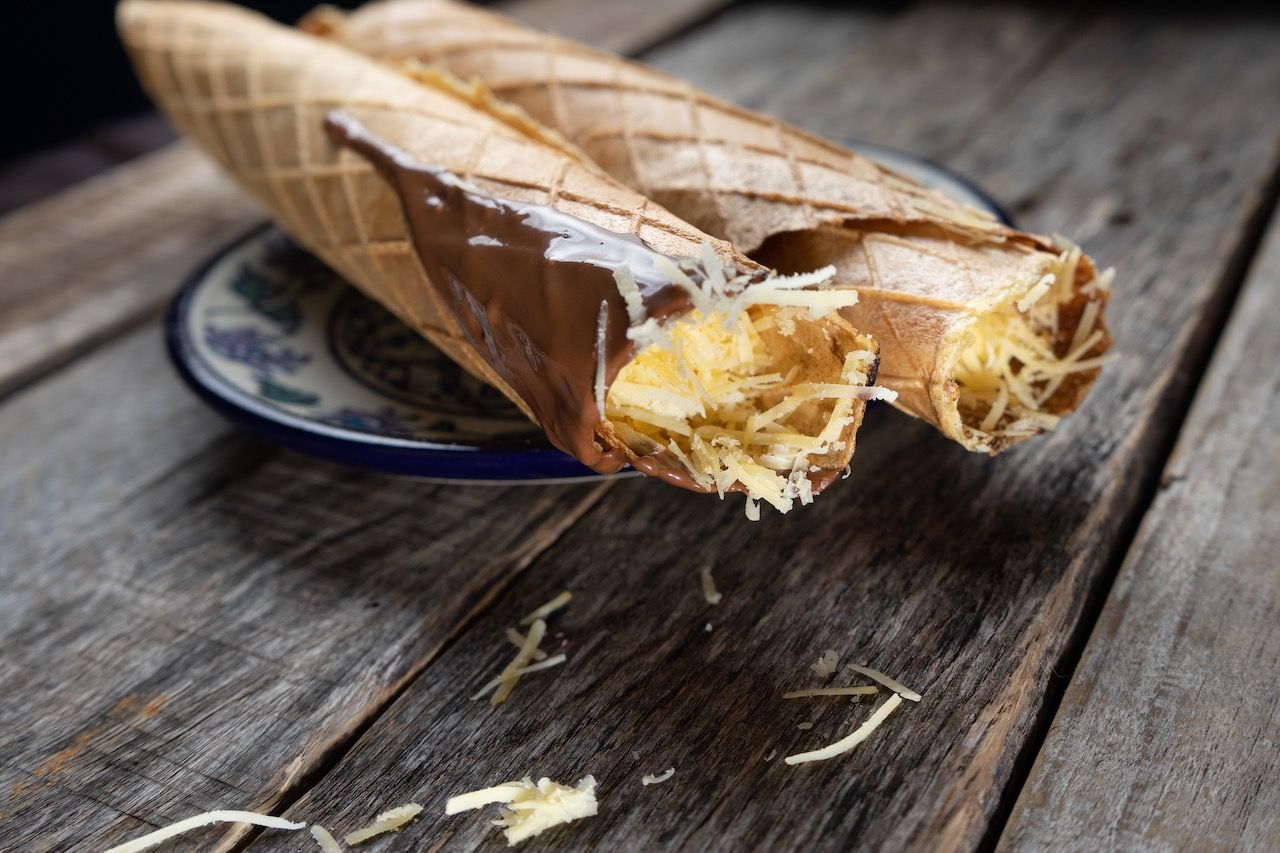 Said to have been invented in Merida by an entrepreneurial ice cream vendor in the 1940s, marquesitas are a favorite street snack in Yucatán. It’s made by pouring sweet batter over a hot iron and stuffed with sweet and savory ingredients. Marquesitas are like a thinner, crunchier version of the French crepe. While the crepe style will likely be familiar, what may come as a surprise is the unusual combo of flavors offered. While you are free to choose your own ingredients, Yucatecans will only take theirs with Nutella and Edam cheese. It’s a “love it or hate it” kind of deal, but you have to try it.

A head’s up: Relleno negro is a plate of thick cuts of turkey swimming in a jet-black, runny sauce and it isn’t the most Instagrammable meal. But for those brave enough to take it on, this masterful Mayan dish rewards even the pickiest of taste buds. A recipe that, if done properly, can take hours to prepare, relleno negro is made by slow cooking turkey breast in a recado negro, a rich, dark paste made from slowly simmering achiote, charred chili peppers, cumin, peppercorns, cloves, and other spices. It’s most commonly served with hard-boiled eggs and warm tortillas. 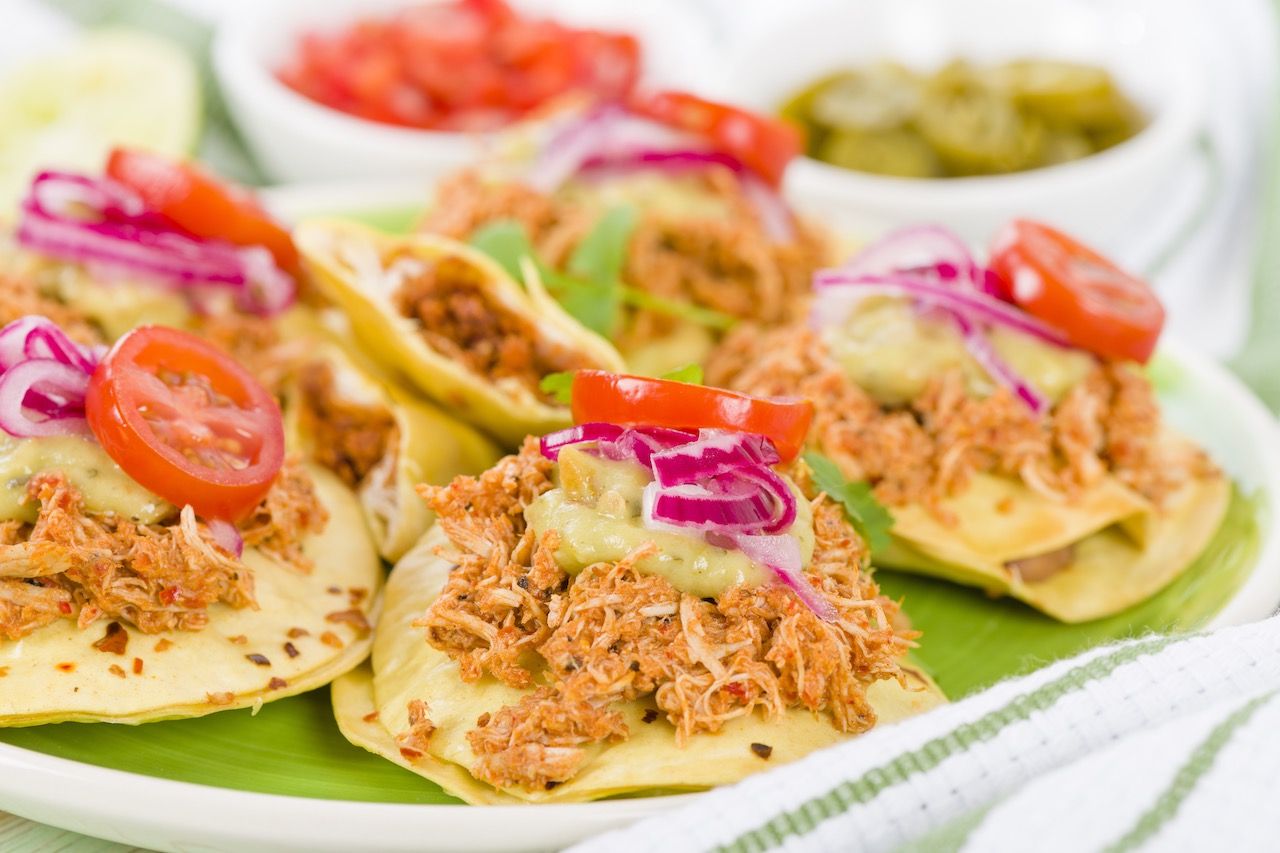 A deep-fried tortilla filled with juicy pork belly, panucho is an artery clogging, heart attack-inducing Yucatecan street food that few have the self-control to pass up. After the bean-stuffed tortillas have been crisped up to perfection and filled with your meat of choice (usually cochinita pibil or lechon, slow roasted pork belly), you can load them up yourself with the usual condiments: pickled red onions, cilantro, shredded white cabbage, and some homemade green and red fiery salsas. While you’re at it, try the equally delicious salbutes. They’re pretty much the same as panuchos, only without the beans and puffed up like mini naan bread.

Where to find the best tacos in Mexico City
Tagged
Food + Drink Estado de Yucatán, Mexico
What did you think of this story?
Meh
Good
Awesome

A Surreal Look at the Underwater World of Mexico's Cenotes

12 Things I Wish I Knew Before Visiting Chichén Itzá

Scientists Discover the Largest Underwater Cave System in the World

7 Adventures I Didn't Expect To Have in the Mayan Riviera

10 Reasons Why You Should Never Take Your Kids To Yucatan

30 Signs You Learned To Eat in Yucatan

The Cenotes of Riviera Maya, Mexico