Iceland may be known as the land of fire and ice, but when it comes to food, it’s the land of surf and turf. It’s a country of fishermen and farmers, and fresh fish and grass-fed lamb have been staples in Icelandic kitchens for centuries. The best known dishes share the hallmarks of Nordic cuisine: fresh, high-quality ingredients prepared simply. All of the classic dishes are shaped by Iceland’s isolation, weather, and culture.

A stopover in Reykjavik is the perfect way to try creative interpretations of these traditional dishes. This is what to try, as well as a few places to try them at. 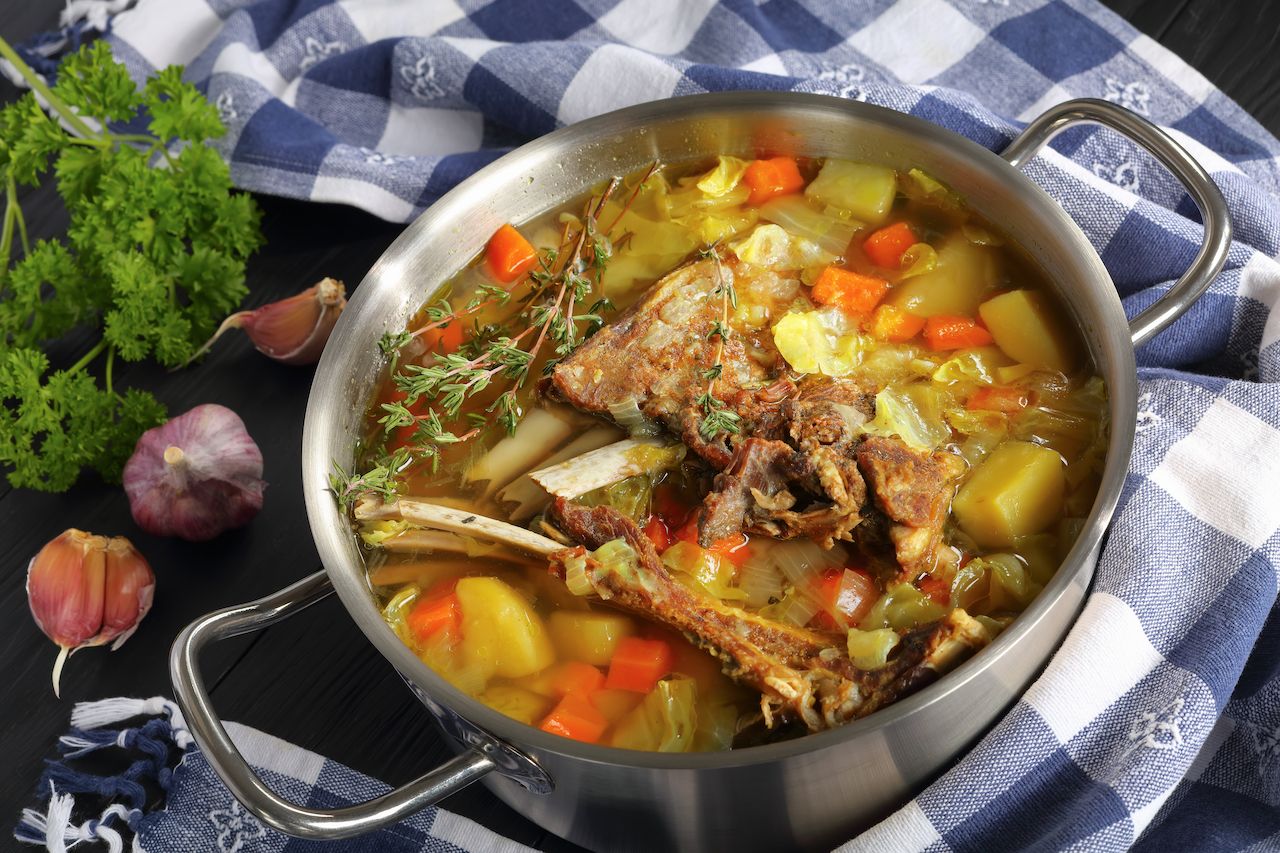 On a cold rainy day, nothing is more satisfying than a bowl of hearty kjötsúpa, which is lamb soup. Every Icelandic household has its own version, but the main ingredients are lamb with the bone still in, onion, cabbage, carrots, rutabaga, leeks, and potatoes.

Where: A newcomer on the scene, Icelandic Street Food has made a name for itself with its version of this classic dish served in bread bowls. Even better, the restaurant offers free refills.

Hjónabandssaela translates to “happy marriage cake,” and is a tart made from rhubarb jam, oats, and brown sugar. The story behind the name is that the cake, just like a marriage, gets better over time. Rhubarb is commonly found in Icelandic desserts and grows easily in gardens and even in the wild.

Where: Try it at Bernhoftsbakari, one of the oldest bakeries in Reykjavik. 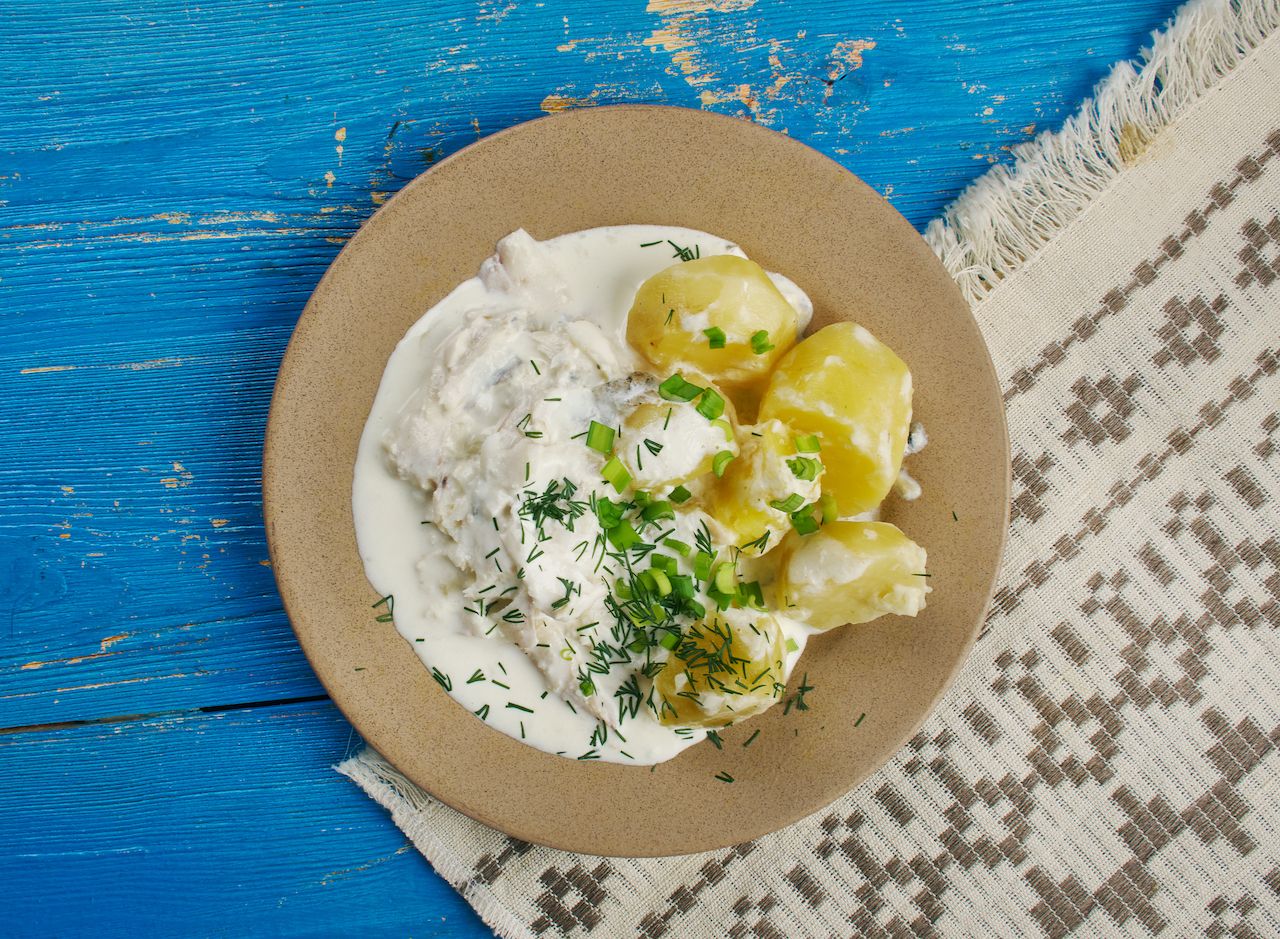 Plokkfiskur, Icelandic fish stew, started out as a creative way to use leftover fish, but is now a classic comfort food. Cod, haddock, or halibut is mashed together with boiled potatoes, butter, and milk, and served with a side of dark rye bread and dollops of Icelandic butter.

Where: Salka Valka is a good place to drop by for lunch and try its traditional fish stew.

Slow roasted leg of lamb served with caramelized potatoes and pickled red cabbage is a classic Sunday dinner. The potatoes are boiled first then fried with butter and sugar, and the red cabbage is shredded and then flash-pickled.

Where: Matur og Drykkur, a restaurant located in an old fish factory, bases its menu on Icelandic recipes dating back to the 1800s. It doesn’t get much more traditional than that. 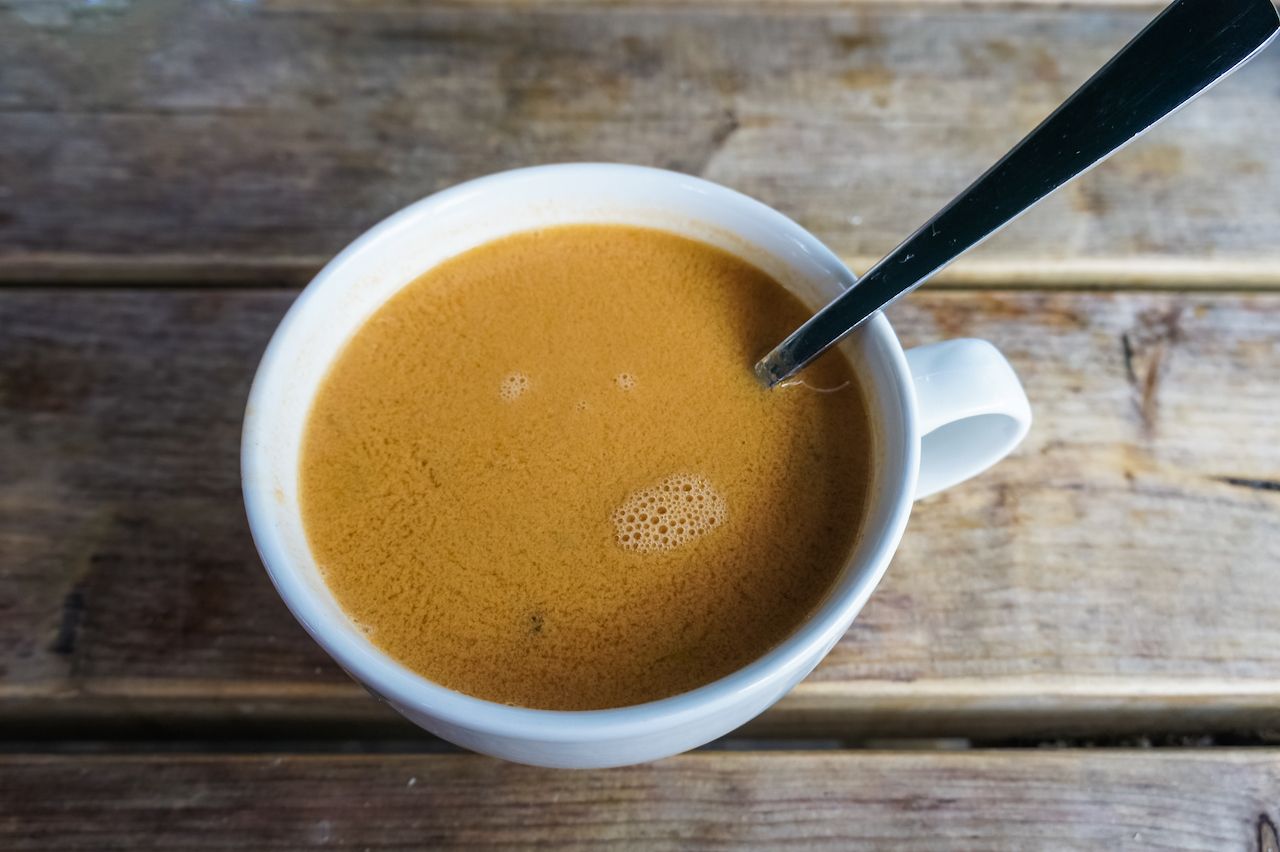 The key to this soup is the stock, which is made from boiling the shells of langoustine with peppers, celery, and onions. Chunks of the langoustine and cream are added in afterward for a rich taste.

Where: Sægreifinn, located in the old harbor area of Reykjavik, is known for its world-famous lobster soup and always has lines of people waiting for it.

Kleinur are Icelandic doughnuts with a twisted shape and a slight hint of cardamom. They’re deep-fried in tallow, and best paired with a strong cup of coffee. The plain versions are a typical breakfast item that can be purchased at bakeries or grocery stores, along with chocolate-dipped versions.

Where: Grab this treat at Sandholt Bakery, which opens at 7:00 AM every day, earlier than most shops in Reykjavik. 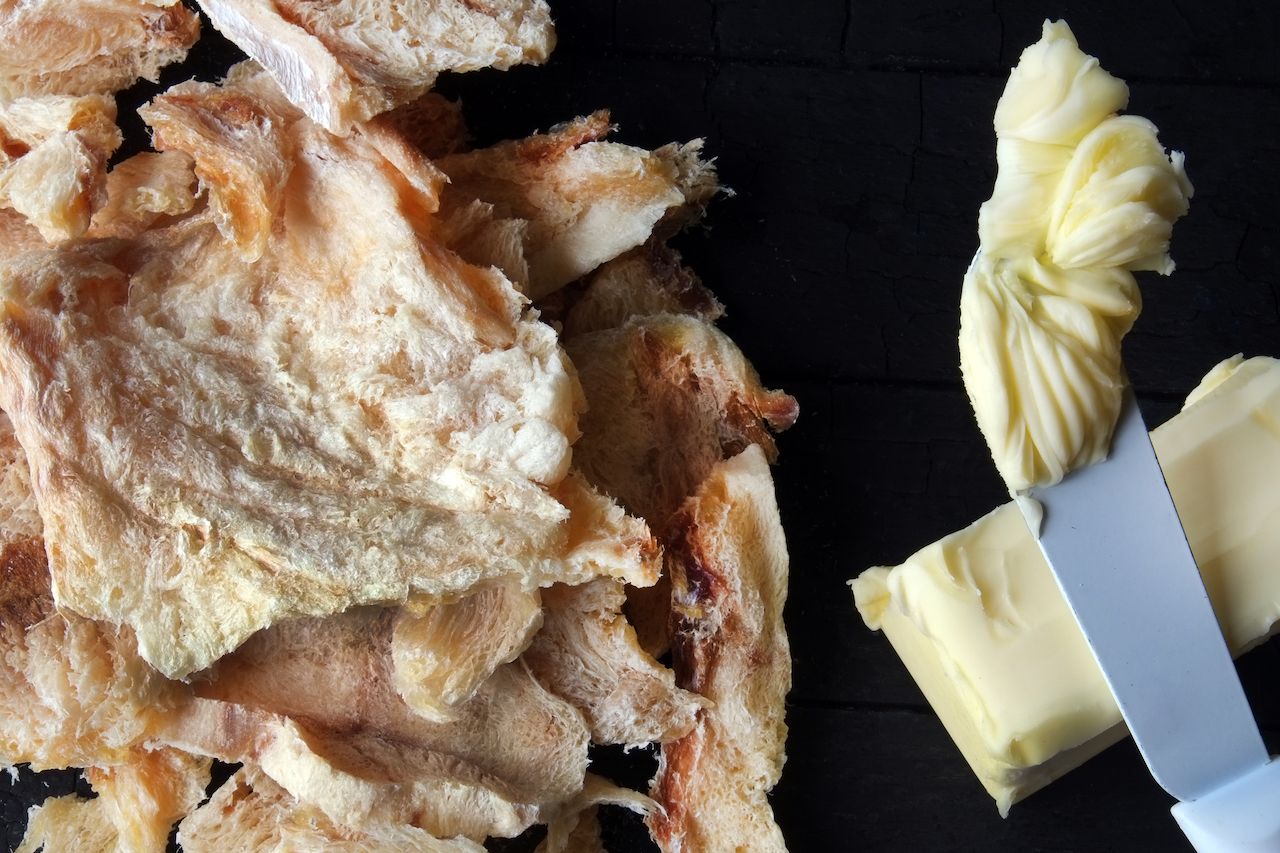 Icelanders have traditionally needed to preserve a lot of food, and drying and salting fish is one effective method. Before it can be cooked, salted cod has to be soaked in water for days. The fish is then boiled and served either with potatoes or Portuguese style with tomatoes and olives.

Where: Systir serves up its salted cod with cabbage and loads of butter. Dried cod is also a favorite snack called harðfiskur, which is eaten with butter.

It doesn’t matter what time of year, how cold it is outside, or what time of day, ice cream is always a popular option in Iceland. The ice cream stores are open late and it’s not uncommon to see people in their pajamas waiting on line for ice cream at night.

Where: Valdis is the go-to spot in the trendy neighborhood of Grandi. If you really want to be Icelandic, try the licorice flavor. 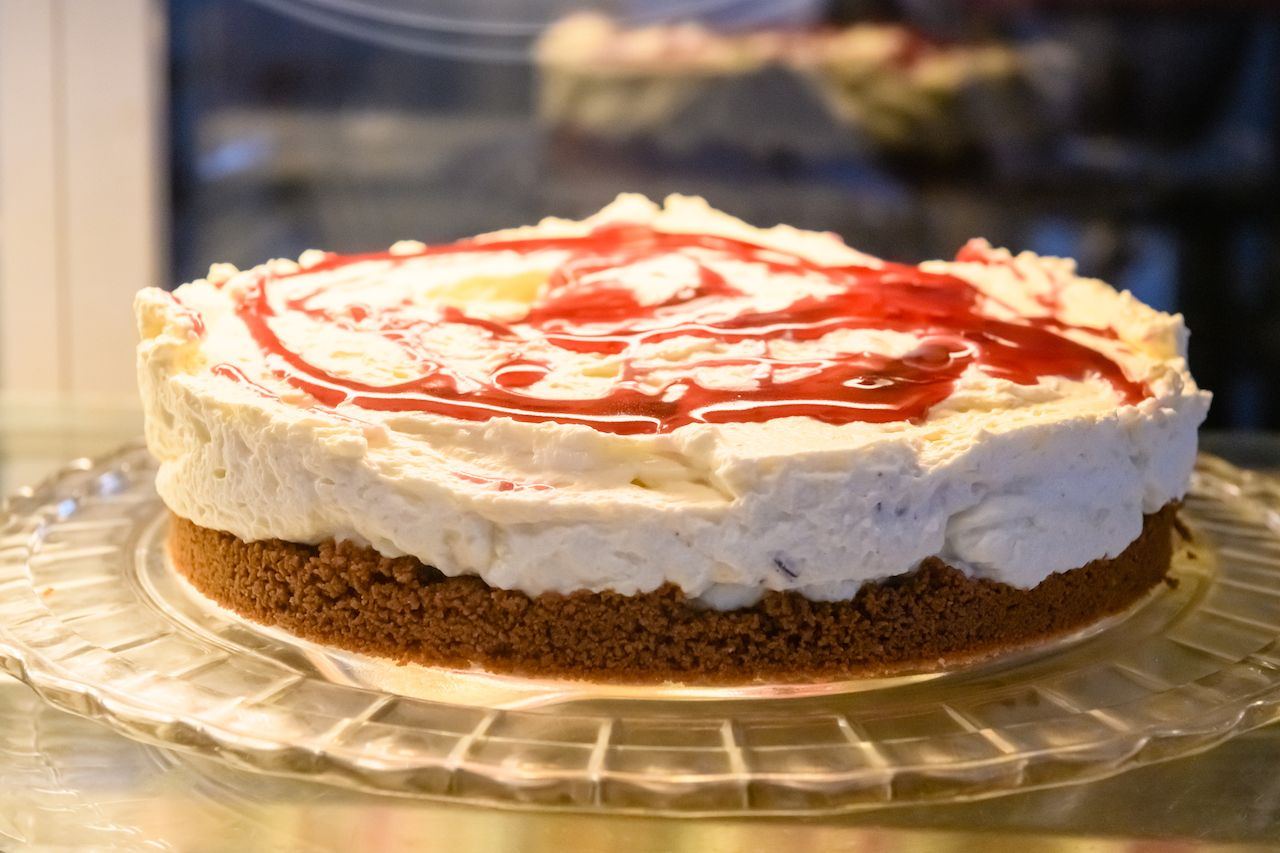 Skyr is a thick, tart dairy product similar to Greek yogurt. It comes in a lot of flavors and is easily found in grocery stores throughout Iceland. It’s put on top of a graham cracker crust to make skyr cake, which tastes like cheesecake, only without the guilt since skyr is naturally low in fat. Sometimes fresh blueberries are sprinkled on top.

Where: Café Loki, across from the famous Hallgrimskirkja church, is one of the oldest traditional restaurants and a good place to sample the cake.

Trip PlanningThe 9 Most Touristy Places in Iceland – and Where To Go Instead
Tagged
Food + Drink Reykjavik, Iceland
What did you think of this story?
Meh
Good
Awesome