A bread-loving tourist does not lack for destinations. They can tear hunks from a crusty baguette as they stroll around Paris, scoop up fingerfuls of stew with spongy injera in Addis Ababa, Ethiopia, and pluck pillowy naan straight from the tandoor in New Delhi. With all of these options, it would be easy to miss Morocco on a global tour of carbohydrates. The North African nation is known for its tagines and its mint tea but not for its leavened products. But as any native or visitor to Morocco will tell you, sleeping on Moroccan bread — mostly various types of round flat-ish breads called khobz — is practically criminal, at least for those (like us) who consider it a high crime to ignore a heavenly loaf. Seek out these seven types of bread on your next adventure through Morocco. 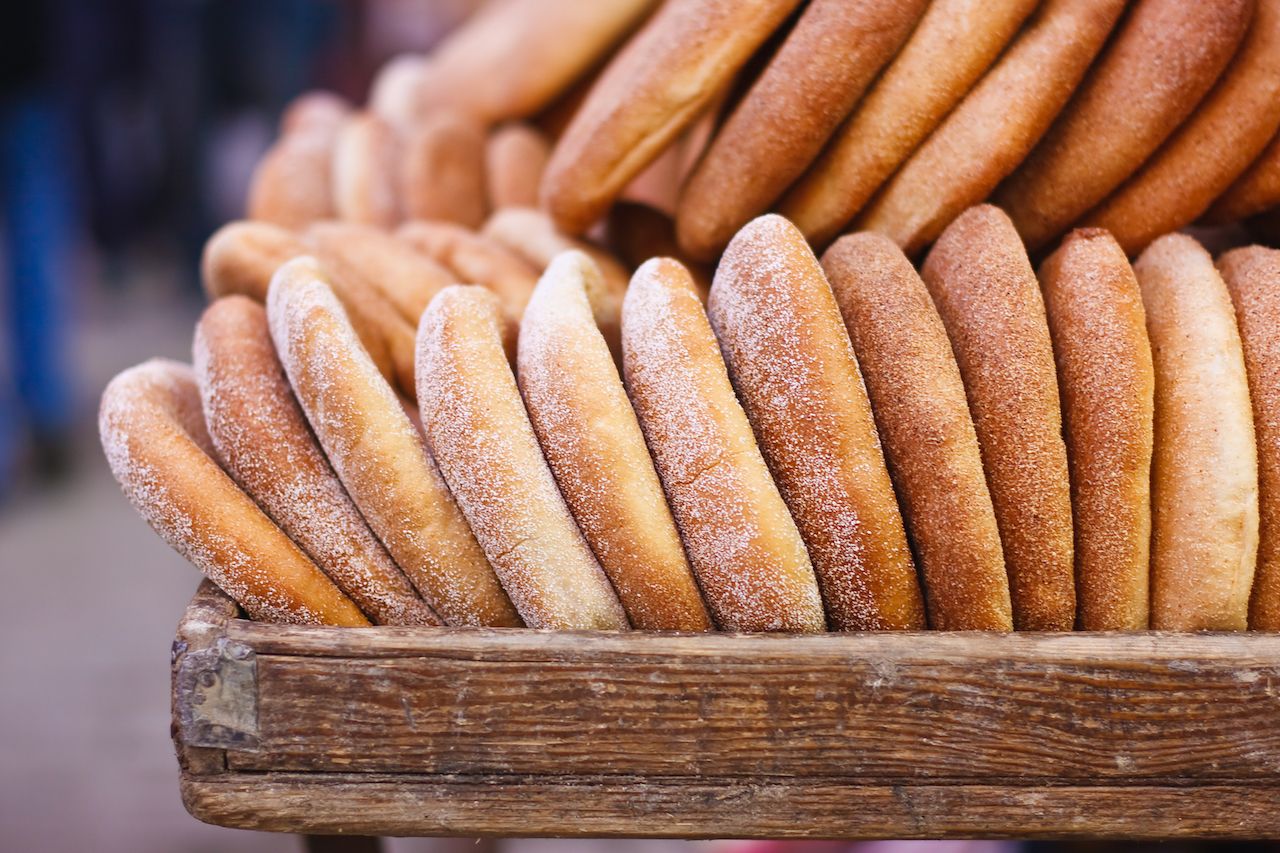 One of the more versatile styles of Moroccan bread, oven-baked ksra can include wheat, semolina, barley, or any variety of flours. The squat round loaves show off the textural play that makes Moroccan khobz (flatbread) worth seeking out, with a crunchy exterior and a pillowy interior. Many bakers decorate their ksra with sesame or anise seeds depending on the intended meal and pairings.

Msemen looks similar to other flatbreads except that it’s square unlike the ubiquitous ovals elsewhere in the world. Inside this unassuming square, though, lie layers of pastry dough that give msemen the textural depth of a croissant. Despite being packed in tight folds, the layers remain beguilingly springy and stretchy, clinging to each other just enough to make it incredibly satisfying to pull them apart. Msemen is often plain in the morning when served with tea and sweet condiments, and it comes bursting with stuffings like veggies, meats, and herbs when served in the afternoon or evening. 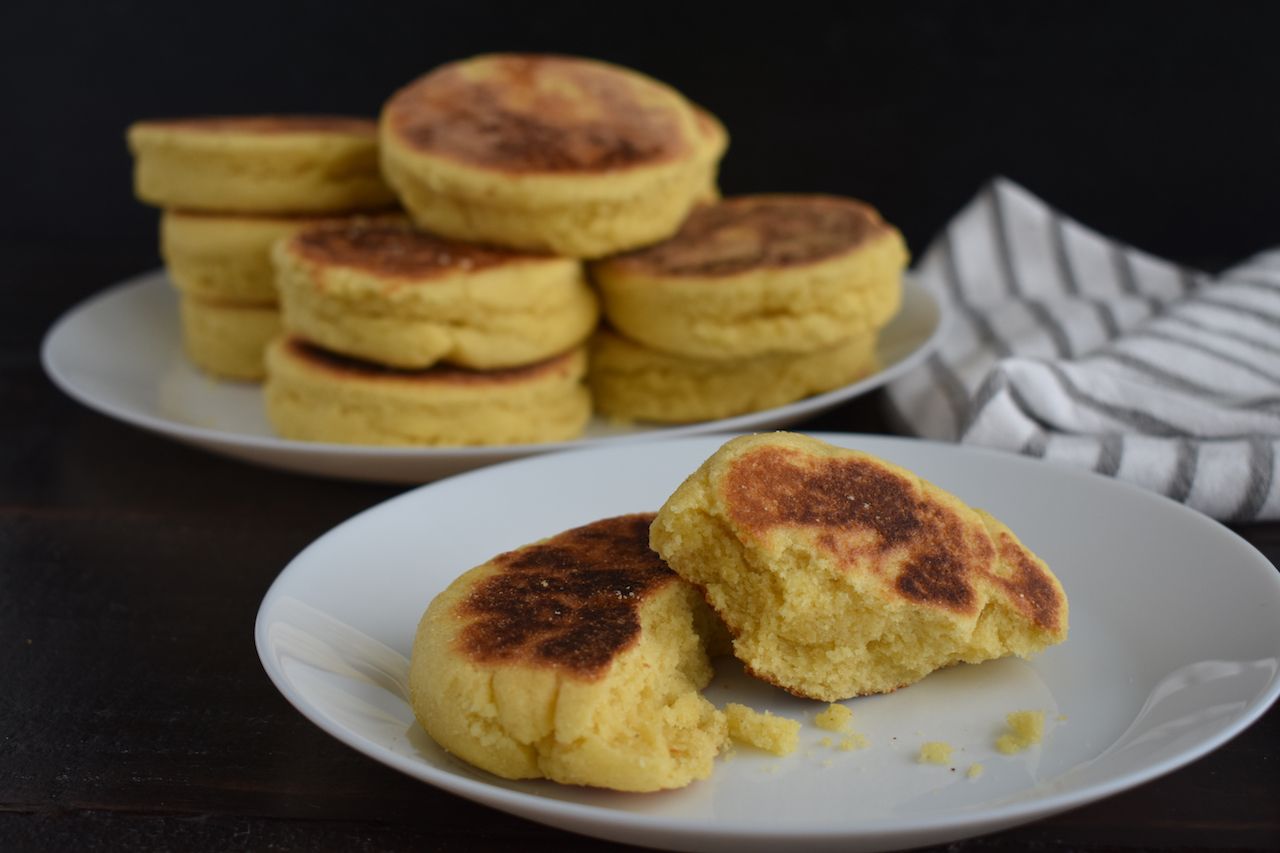 If you took a sweet Colombian arepa and dipped it in sand, you’d have something like Moroccan harcha. Bakers rolls the dough in semolina grits before frying these little palm-sized rounds in a pan, giving them a sandy texture and the taste of sweet yellow corn. Like other Moroccan bread, hosts serve harcha both at breakfast and as an afternoon snack with tea, and they can be savory with cheese or sweet with jam depending on your preferences at either time of day. 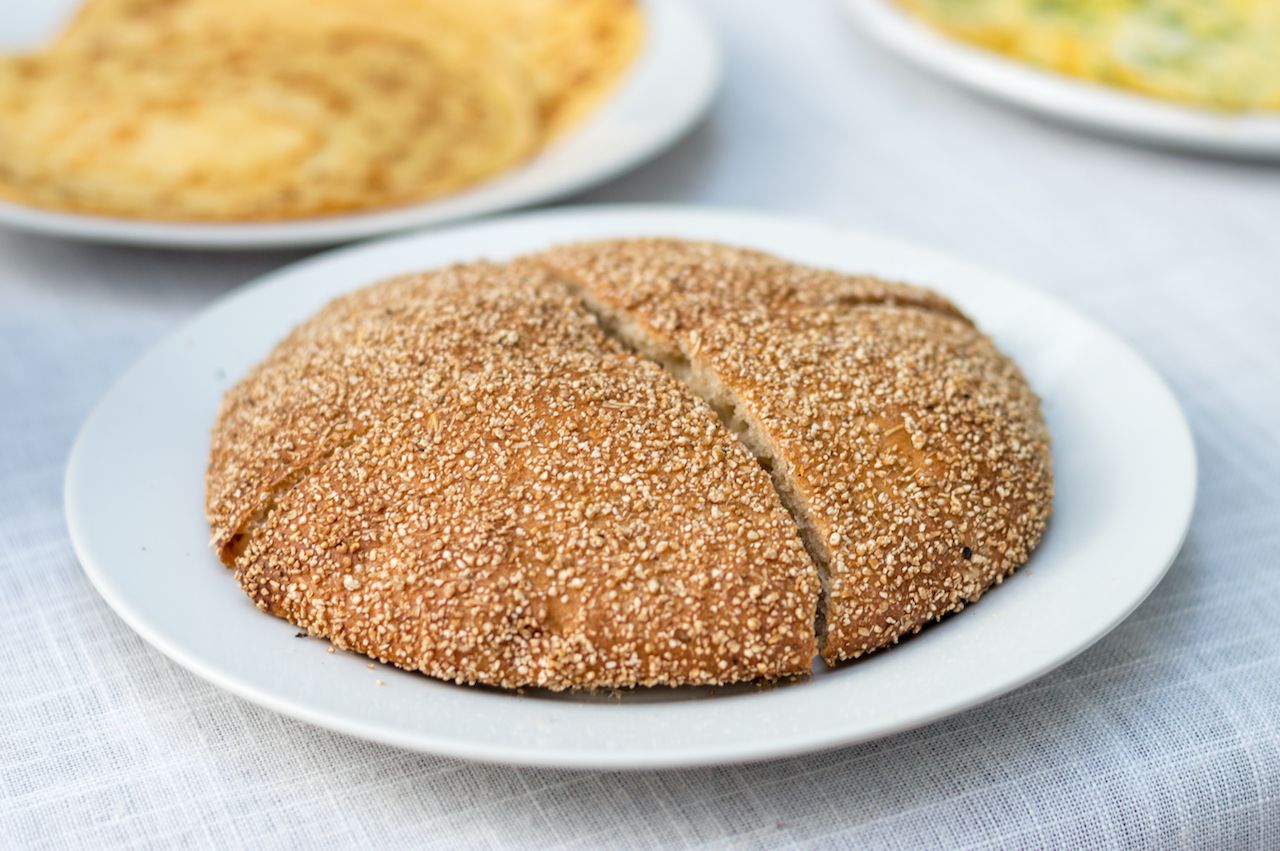 Another coarse bread, mahrash gets its texture from barley grits instead of semolina, and it’s much larger than the petite harcha. The large rounds are relatively flat and usually sliced partially like pie to make tearing easier. The barley, combined with other flours, gives the bread a thick chew, making sturdy mahrash the ideal bread for scooping up meats and veggies at dinner. 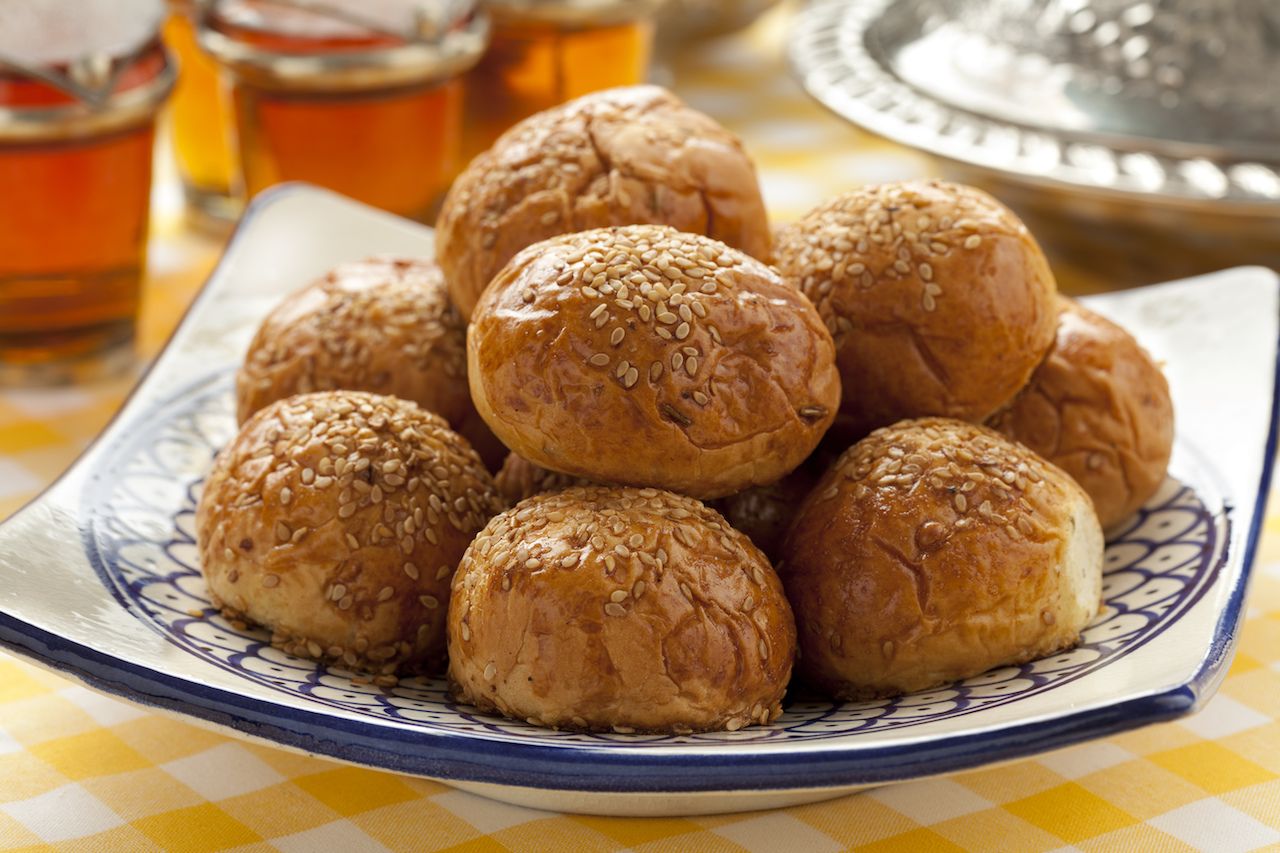 Anise seeds, sesame seeds, and orange flower water are critical ingredients in any Moroccan kitchen, and all three come together in the traditional krachel. Krachel is a sweet bun often topped, and sometimes filled, with seeds. It’s commonly served at breakfast or with afternoon tea and make a perfect sweet treat when smeared with butter, dipped in honey, or sluiced with jam. 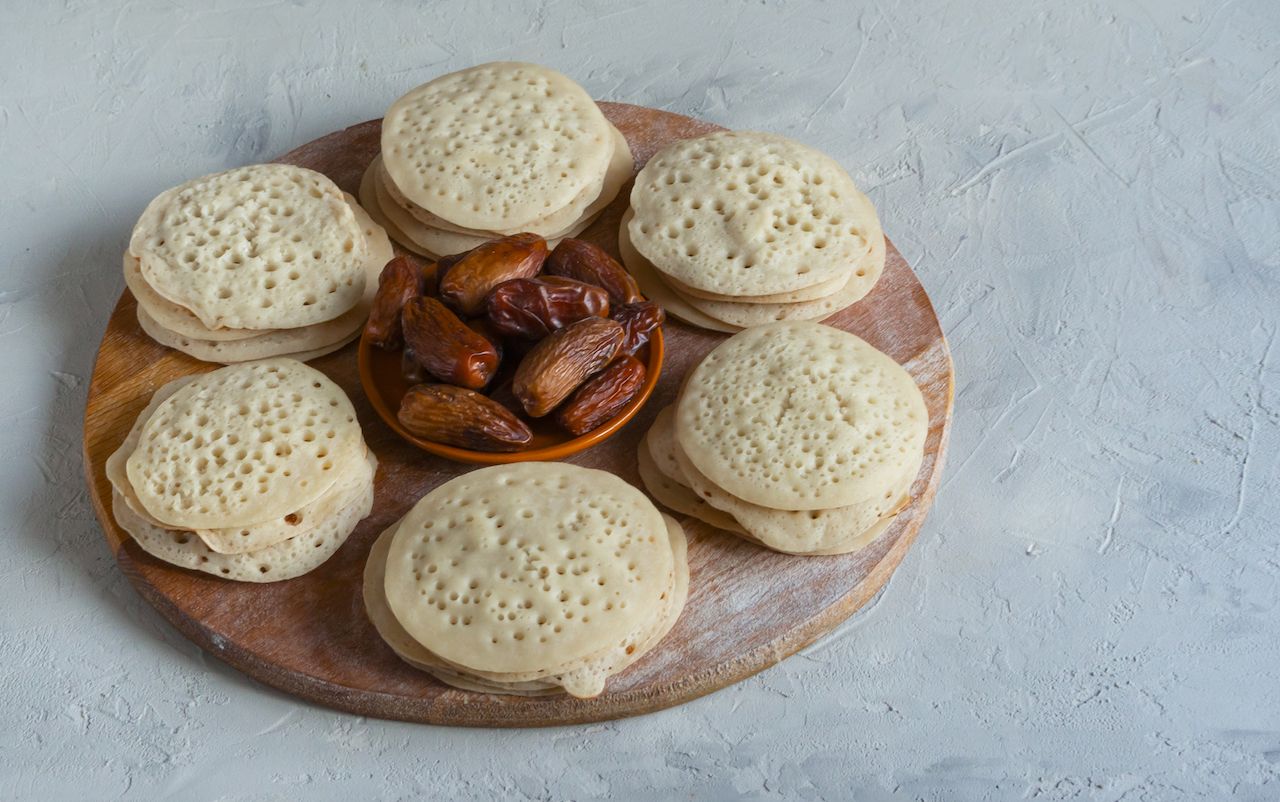 Syrup sliding from the sides of pancakes may look pretty in a pic, but all that runoff is a sign that your flapjack simply can’t absorb enough sweet topping. That’s not a problem for baghrir, a semolina-based pancake riddled with holes ready to absorb condiments. Yeast in the batter expands into a honeycomb pattern in the pan, and bakers often forego flipping baghrir to preserve the texture. The air-filled pockets make baghrir impossibly light and fluffy — until, that is, you cover them in honey or jam, which quickly soaks into the spongy dough. 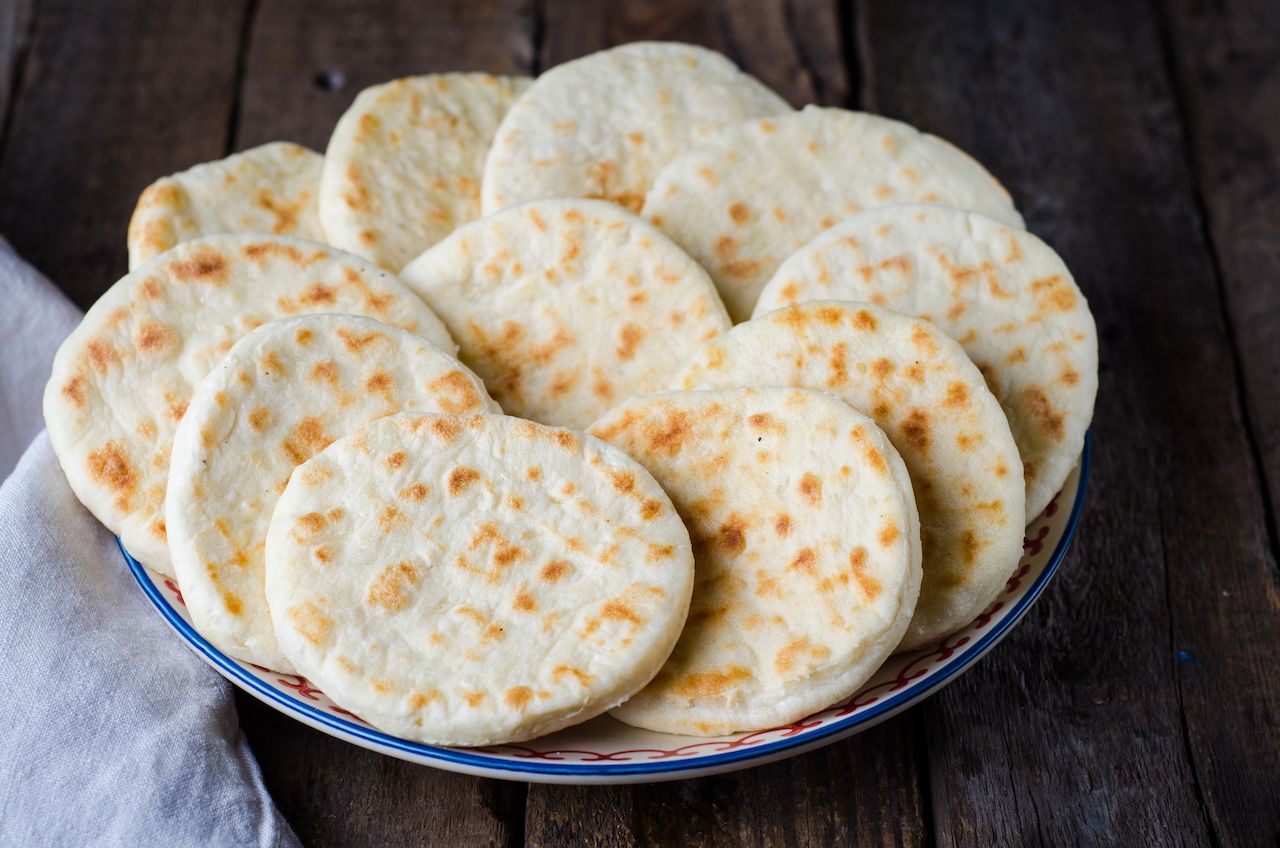 Plop a few of these pita-like rounds on the stove and in minutes they’ll puff up enough to offer a perfect pocket for any filling you desire. Whether your batbout is made with white, wheat, semolina, or durum flour, it’s an excellent, sandwich-like vehicle for lunch. Singed lightly on either side from the pan, batbout highlight the customizable, mix-and-match freestyling that makes Moroccan bread such a joy.

Road TripsMy Car Broke Down in the Sahara, and It Taught Me About Trust
Tagged
Food + Drink Morocco
What did you think of this story?
Meh
Good
Awesome

11 Side Effects I Had as a Traveler in Morocco