If you’ve ever been to the Ozarks, you probably went there deliberately since there are no interstate highways crossing the hilly region, no major airports. Only the Chippewa, Osage, and Cherokee tribes and the Anglo-Saxon folks of southern Appalachia (and the enslaved people they brought with them) migrating west in the 1830s had the hardiness and adventurous spirit to brave the perilous Ozark wilderness and survive there.

Early recipes that originated in the region were made of whatever could be grown, hunted, fished or foraged in the rocky soil of the wooded hills where some roads were still not paved as late as the 1920s. Raccoon, fox, beaver, and bear were hunted and trapped for their pelts but also turned into meals. Wild morels and chicken of the woods mushrooms flavored soups, blushing persimmons left on the trees after first frost sweetened pies, wild muscadines became jelly and wine, fuzzy blood-red sumac seeds sun-brewed into tart “lemonade” refreshed settlers in the hot and humid summers, and sassafras root shavings made a soothing tea year round. While you may not find any of these dishes on restaurant menus today (though they are still eaten in homes throughout the region) modern Ozarks cuisine descended from dishes that nourished the original settlers and still depends on the same basic ingredients: corn, local game and fish, woodland fruits and berries, and innovative resourcefulness.

If you decide to meander your way through the curving roads of the Ozark mountains, make sure to stop and try these five classic dishes. 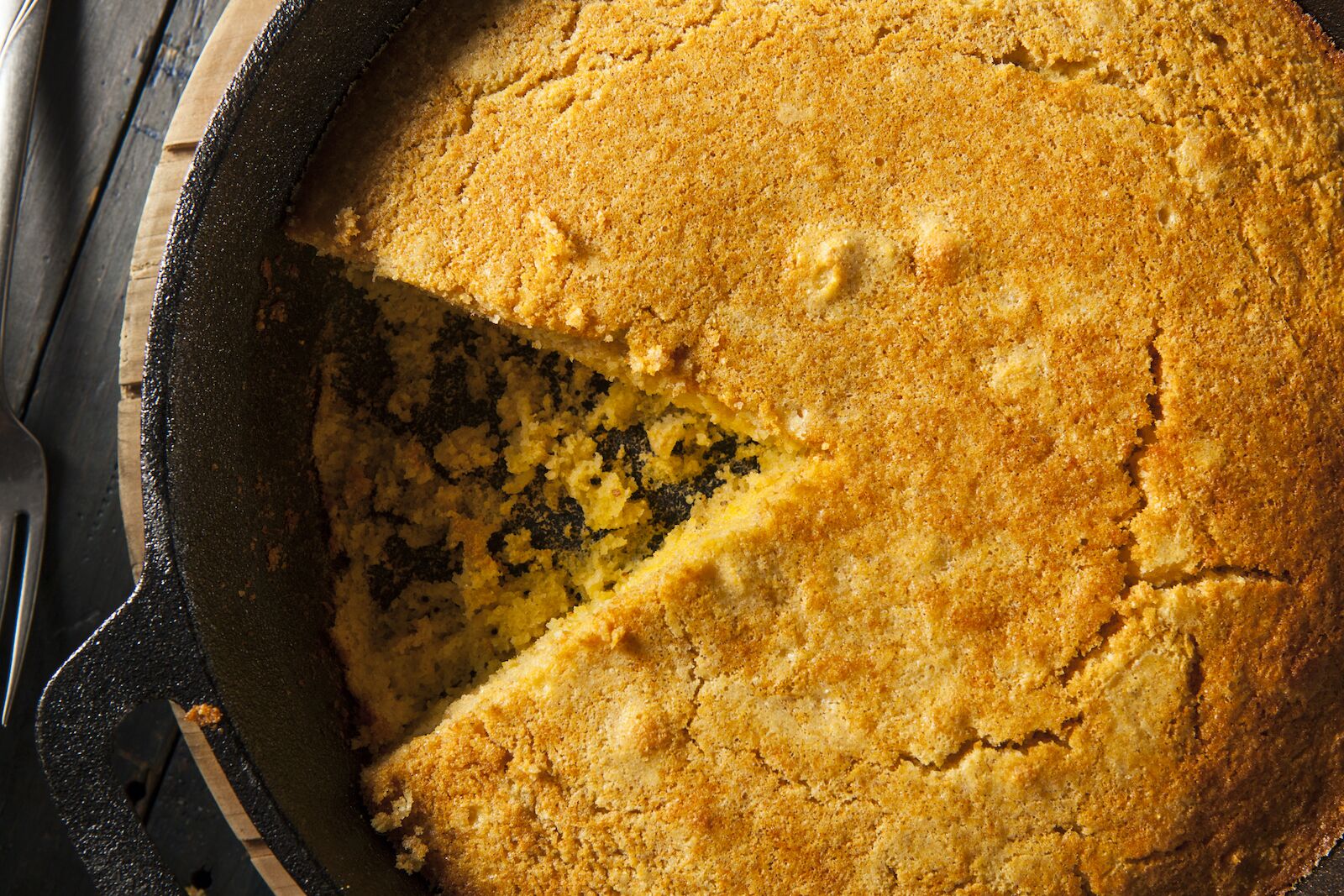 Crumbled into a glass of milk (or buttermilk) as breakfast, served beside a steaming bowl of beans for lunch or dinner, or slathered with honeyed butter for dessert–cornbread is such a staple of the traditional Ozark meal there’s a yearly Arkansas Cornbread Festival in Little Rock Regional purists argue that cornbread doesn’t even need leavening agents like baking powder or soda–the corn meal is boiled in salted water–hence the name “hot water cornbread”–in a cast iron skillet before it is mixed with bacon grease and egg, formed into individual cakes and baked or fried. 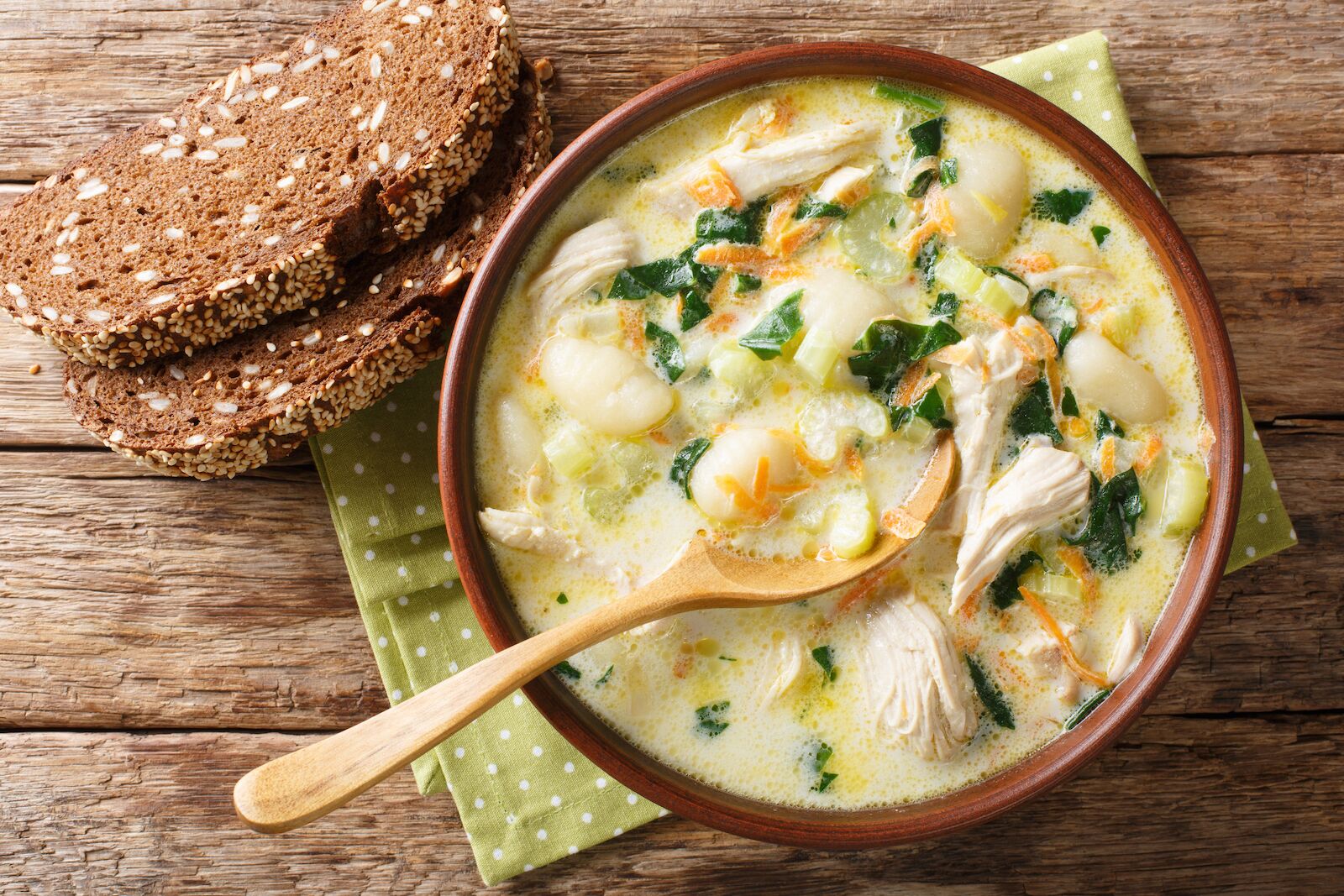 Stock stews with biscuit-dough dumplings appear in American cookbooks as early as the 1800s, but chicken-n-dumplings as we know it today might have been invented when enslaved people began adding wiry chickens that required hours of boiling to tenderize the meat to their stew pots. The recipe was simple and mostly about the dumplings which could either be rolled out and cut or thrown into the boiling stock by the handful. Either way, the chicken was an afterthought. When John Tyson started raising chickens in Springdale, Arkansas during the Great Depression–choosing a meatier, breastier breed, he probably never imagined Tyson Foods would one day produce 25 percent of the chicken consumed in the US and make this dish an Ozarkian staple. Though modern versions elevate the dish with savory herbs, aromatics, root vegetables and celery, the traditional boiled chicken with homemade lumps of doughy dumplings will always be an Ozark favorite. 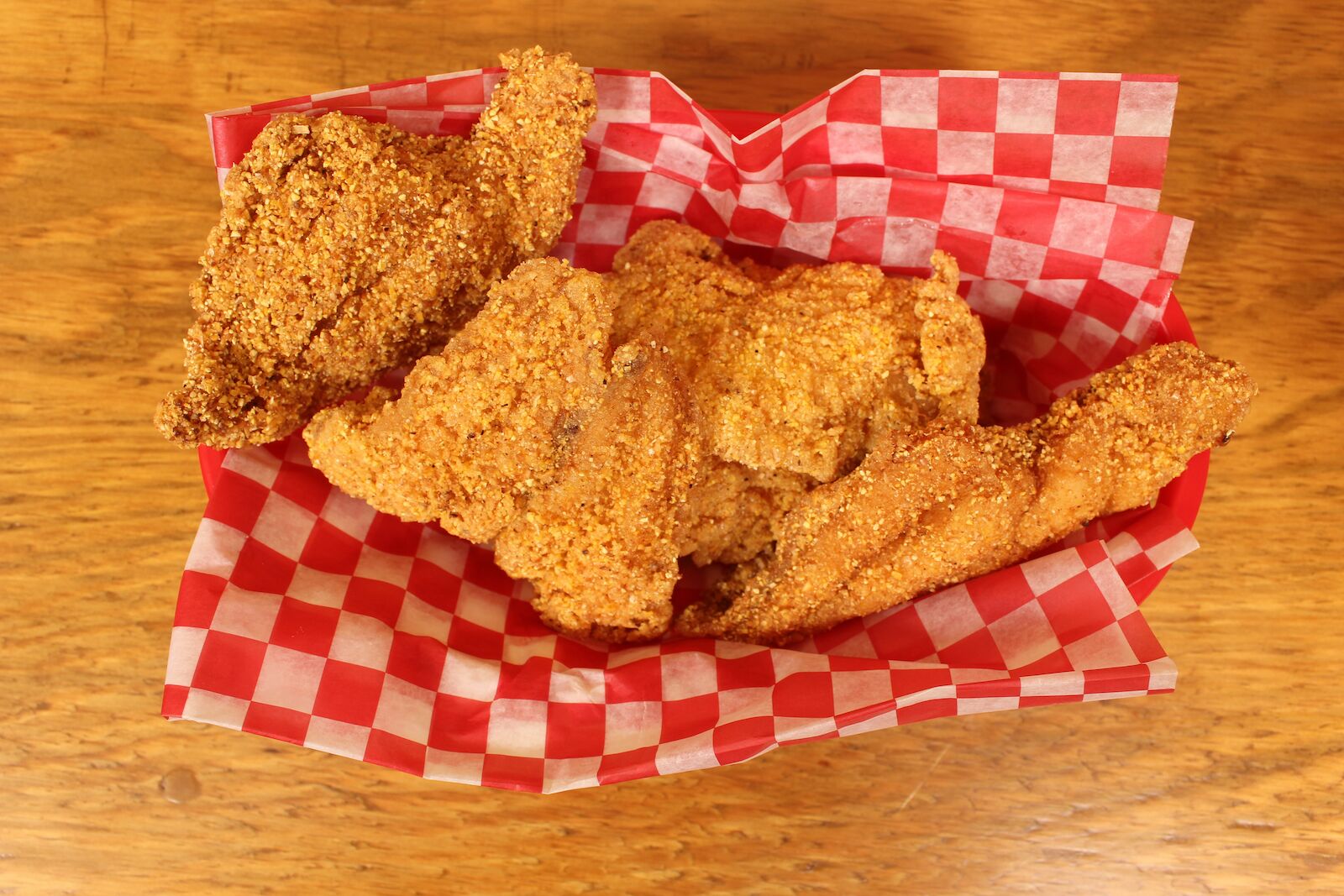 The Ozarks are crisscrossed in rivers and streams, a landscape that makes for some good freshwater fishing–and eating. Bass, crappie, perch and trout land on dinner tables and restaurant fish fries throughout the region, but no fish tastes more like the Ozarks than catfish. There’s a special way to catch Ozark catfish: by standing in waders in clear, shallow freshwater streams or from the edge of a flat-bottom jon boat and using a technique called gigging – spearing the fish, rather than catching with a hook and line. Gigging has become a tradition at a two-day festival in Nixa, Missouri where the gigged fish are scored (so the hot oil will basically melt the overabundant bones), dredged in cornmeal, deep fried and served with fresh slaw and potato chips cooked in the same oil as the fish. The white meat is as delicate as trout but with an earthy bottomfeeder flavor.

In the late 1800s and early 1900s, with the railroad boom, The Ozarks was one of the biggest apple-growing areas of the Midwest. While the mountain range runs wild with berries in the spring and summer, early Ozarkers added woodland spices like cinnamon, nutmeg and cloves to boiled apples turning them into pies, cobblers and apple butter to sweeten their meals through the winter. Apples are used in another, perhaps surprising way in pies around this region: Apple cider vinegar substituted southern-grown lemons as the acidic additive in so-called desperation pies, like vinegar pie–eggs whipped with sugar or honey, nutmeg and some kind of fat, to make a sort of dairy-less custard. The apple cider vinegar replaced the tart lemons, which were either unavailable or too expensive to waste on a pie. Apples are no longer a major Ozarkian crop but vinegar pie is still a popular dessert. 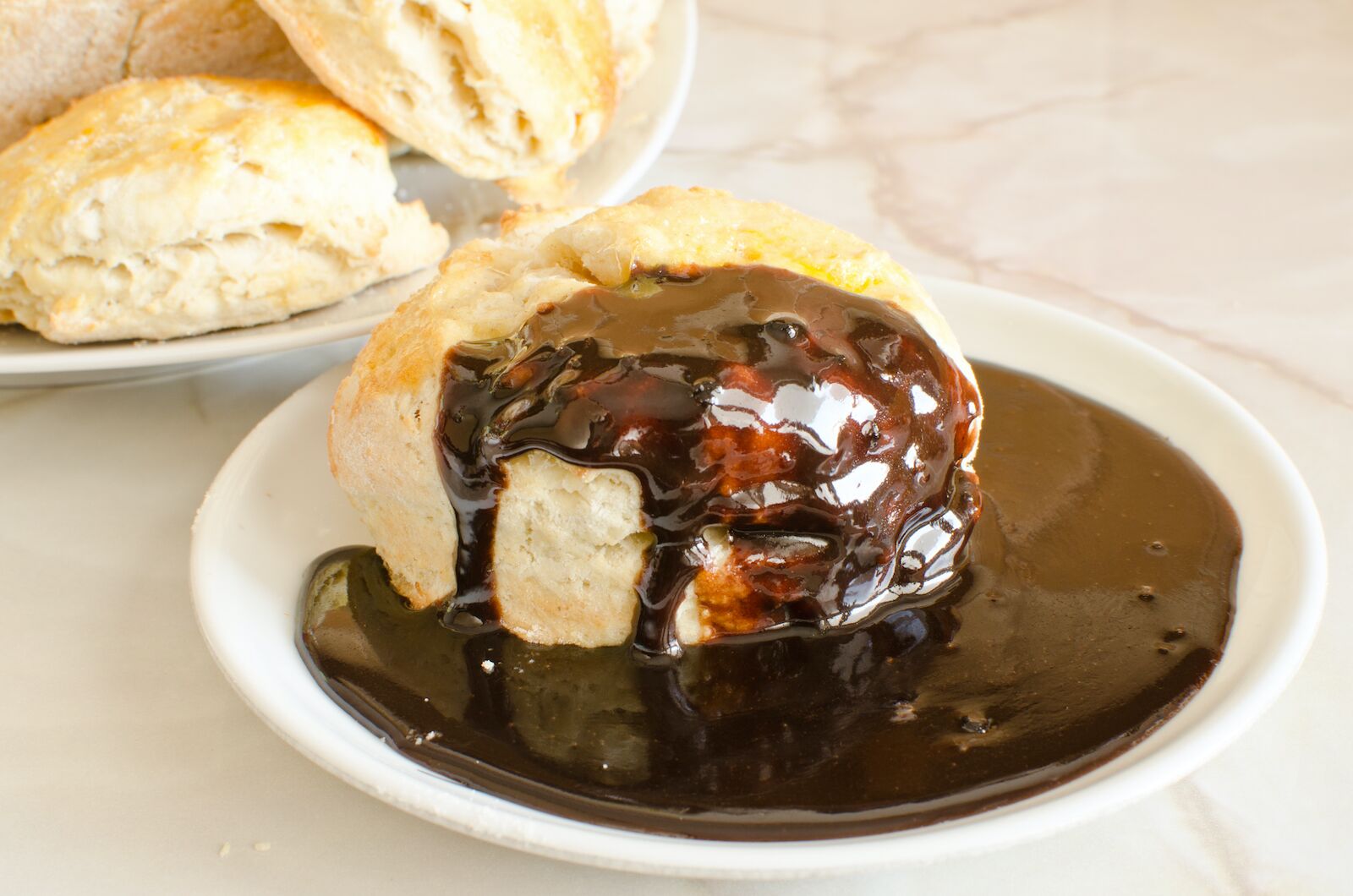 No one’s sure how biscuits and chocolate gravy came to be an Ozarks classic. One theory involves a trade network connecting Spanish Louisiana with the Tennessee Valley, bringing Mexican chocolate to the Appalachian mountains. Leftover fat drippings were mixed with flour or cornmeal to make a roux, then cocoa powder and honey or sorghum added to it, thinned with water or milk and simmered to form a gravy poured over biscuits or flapjacks. However it got to the Ozarks, it’s such a classic it is still served at breakfast in school cafeterias. It’s at once earthy and sweet, buttery and delicious, and stick-to-your-ribs filling.

HikingBest hikes with stunning views in the Ozark Mountains
Tagged
Food + Drink
What did you think of this story?
Meh
Good
Awesome