When I told mom I wanted to make poke berry jelly to enter in a Tennessee county fair’s annual jelly competition, her first response was, “You’ll kill the judges.” Even though we’ve both grown up eating poke salad, also spelled “poke sallet,” she’d always been told the berries of the pokeweed, or poke plant, are poisonous — and they are, sort of.

The US Forest Service describes Phytolacca americana L. as a plant that grows between six to 10 feet tall with one or more stems rising from a tuber-like taproot. The hollow stems are often a pink or red color and sport white or light green flowers that produce small, purple-black berries. The Forest Service says all parts of the plant are poisonous and can, in rare cases, result in death.

What the Forest Service doesn’t acknowledge is that poke salad, despite its toxicity, has long been a Southern and Appalachian survival food. Poke salad has been eaten for generations and makes its way into other recipes like fermented drinks that are most commonly used for medicinal purposes. According to the American Indian Health and Diet Project (AIHDP), it’s been used in cancer studies and research; the Memorial Sloan Kettering Cancer Center says pokeweed has also shown reduction of inflammation in rats and the ability to stop the reproduction of viruses. Its history is centuries old, and, despite all the warnings, chefs and home cooks continue to prepare the cooked greens and other dishes today.

The AIHDP’s site was founded by historian and author Dr. Devon A. Mihesuah. In her award-winning book, Recovering Our Ancestors’ Gardens: Indigenous Recipes and Guide to Diet and Fitness, Mihesuah writes that Native Americans harvested poke greens in the spring, and that one of her father’s favorite dishes was poke “salat,” steam and boiled. This Indiengous history dovetails with Adrian Miller’s understanding of the plant. Miller, a James Beard-award-winning author also known as the Soul Food Scholar, says white colonizers and enslaved Africans learned to work with the plant from Native Americans, although it’s unclear whether enslaved people learned the recipes and passed them to white people or the other way around.

“There were more exchanges between Native Americans and white settlers than what we know,” Miller says. “There was frequent documentation that poor whites would be on the periphery of a plantation’s boundary, show up and have exchanges with Africans there. We’ve got exchanges between colonizers, settlers, and Native Americans as people first venture into an area and experience hardships. Poke salad is a completely foraged green, not cultivated like collars or mustards.”

Although the timeline may be a little fuzzy, many sources, books, and articles online attribute the spelling of poke “sallet” to people of Scottish, Irish, or Welsh descent. “Sallet” refers to cooked greens or a cooked salad, and some people hear this etymology and think European immigrants must have discovered the plant upon arrival in North America.

But that’s an oversimplification, and older books, like 1984’s A Field Guide to Medicinal Plants by Arnold and Connie Krochmal, list that Native Americans used poke poultices to treat cancer, and then secondarily note that early settlers used the berry juice to treat “skin eruptions” and cancerous ulcers. Michael Twitty, James Beard-award-winning author of The Cooking Gene, says this misinformation is due to white supremacy and the desire to make Appalachians and Southerners out to be more European and Scottish than they truly are. Twitty says some food historians will also try to attribute fried chicken or barbecue to Scottish people, and it comes from a desire to elevate the cultural whiteness of the region.

“It’s not that these people didn’t contribute a lot in their own way,” Twitty says. “But in attributing these things to Scotland, you raise the profile of northwestern European identity to include cultural elements that weren’t there in the first place. I’ve been to Scotland and consulted with a historian. She was appalled that Americans attribute things to them that weren’t part of the culture.”

Miller says it can be difficult to trace the exact history and movement of poke salad and other poke recipes because the green is foraged, and recipes are less commonly written for wild and foraged foods than for cultivated foods. 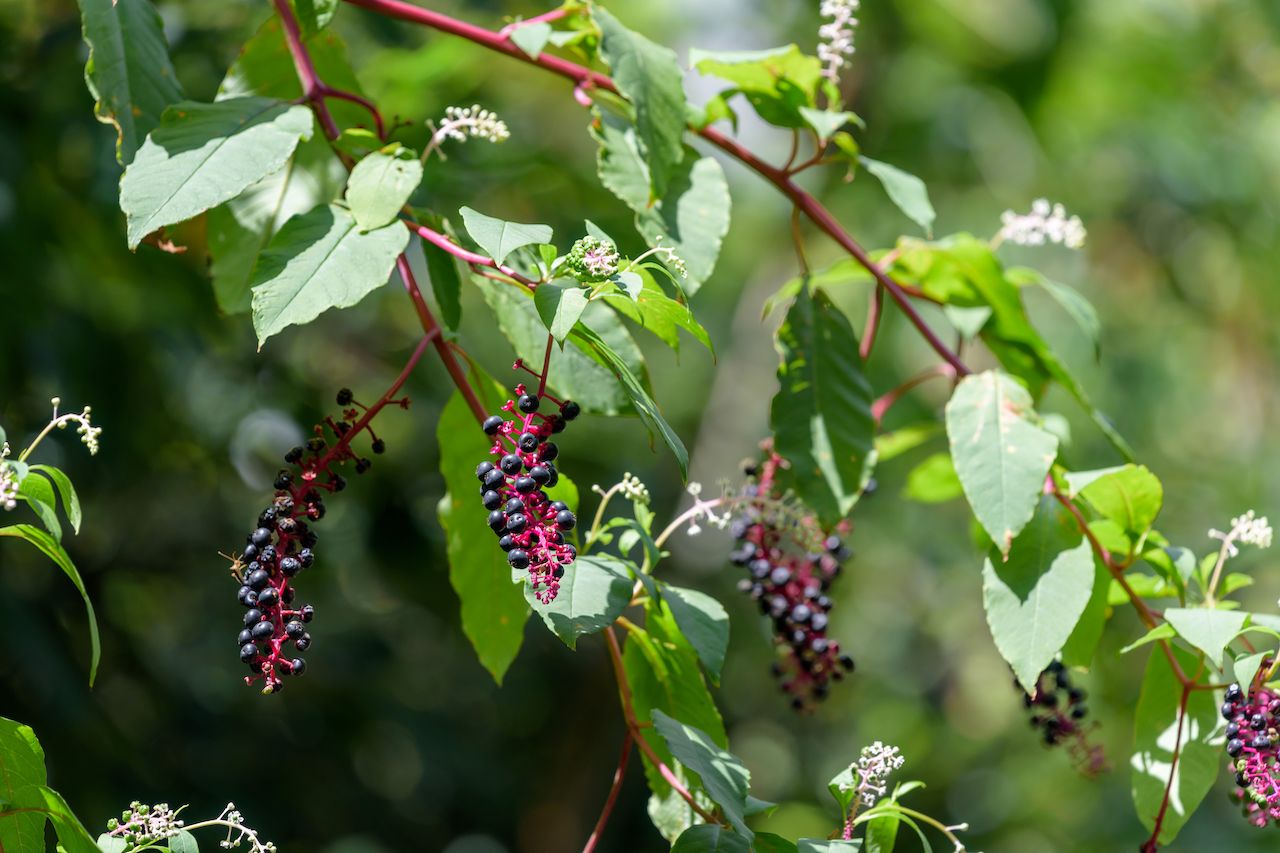 Today, I gather the plant behind my garage and in my grandma’s fields. My mother and grandmother, who are white, both know how to make poke salad, and my grandmother says she learned from her mother, who boiled the greens multiple times and then fried them with eggs and lard. My uncle, who is Black, eats the greens in a very similar way and learned from his mother, grandparents and other family members.

Although we were all familiar with the leaves, many family members were skeptical of my jelly dreams. After hours of research, I came to understand the seeds inside the berries are toxic, not the berries or juice themselves. Strain out the seeds and you remove the problem.

Aside from home cooks like myself and my family, a few rare chefs include it on menus in restaurants. Clark Barlowe, a chef of 18 years who founded Potential Pantry, started (and later sold) Heirloom, a restaurant in North Carolina where he served the cooked greens as part of a tasting menu. Since then, Barlowe says he’s used the berry juice to make ice cream, and has added it to a cake for a beautiful pink color. He describes the berry’s taste as “vegetal chocolate,” a sort of blackberry-meets-chocolate flavor. Barlowe says there were mixed reactions from folks who saw poke salad on his menu.

“They saw it and would either get excited or be turned off by it, depending on who they were raised by,” Barlowe says. “If their parents had prepared it, they would be excited to see it.”

Barlowe says if you’re going to make poke salad or poke berry dishes, you need to watch an expert. Luckily, he has plenty of photo and video tutorials online. Every expert I spoke with about poke salad says it’s important to carry historical recipes and foodways forward, especially as climate change worsens. Knowing how to forage and survive on what’s outside your door is an important skill.

“There’s a wonderful opportunity for people to learn more about the larder that’s available to them,” Miller says.

The poke belly jelly that I entered in the county fair’s annual jelly competition won best in show, and I’m proud of it. I’ve also been inspired to keep learning about a food that was passed down to me. Although it can be intimidating and the young greens should be harvested in spring and early summer, poke salad is delicious and known for its medicinal properties. With a little research and patience, anyone can start the tradition in their own family.

Food + Drink22 of the World’s Hottest Peppers (and Where To Eat Them)
Tagged
Food + Drink United States
What did you think of this story?
Meh
Good
Awesome