On the 50th anniversary of Earth Day, combating climate change should be on your mind. Planting trees has emerged as one of the most popular solutions to this threat, and in January of this year, at the World Economic Forum in Davos, Switzerland, the world’s elite announced the One Trillion Trees initiative. Even the most notorious climate change denier, President Trump, said the US would join it.

While planting trees is certainly a good idea, the promise of future trees shouldn’t be an excuse to destroy the forests we already have. More notably, no one seems to be talking about what that planting effort would really look like as it’s not as simple as planting a seedling in your backyard to create mass change for the climate. 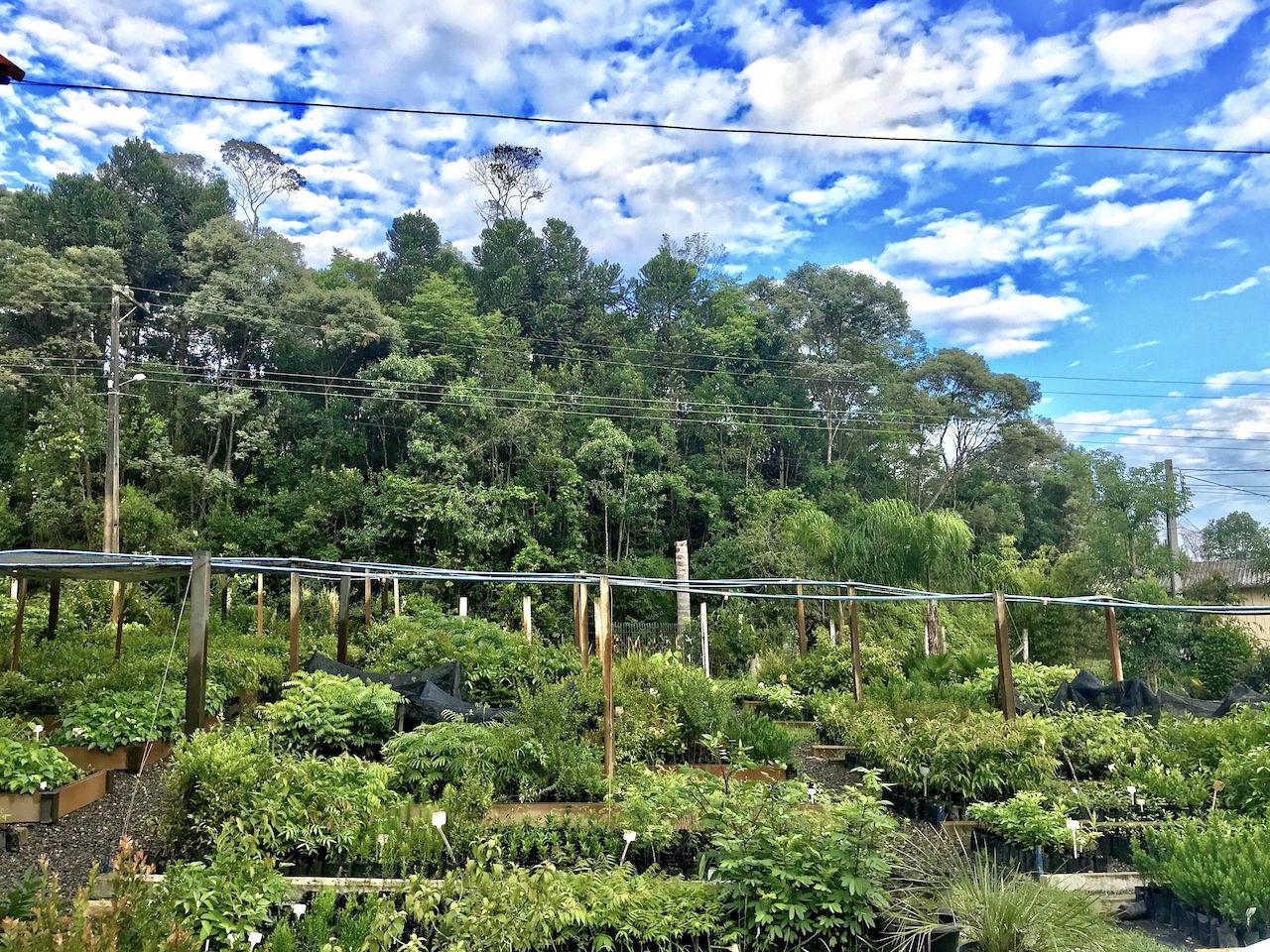 Supporters of the tree-planting solution have referred to research like a 2019 NASA study, which found that planting 2.2 billion hectares of forest could reduce atmospheric carbon by 25 percent. That’s pretty incredible, and it’s no wonder it’s received worldwide attention and support. But the same study also cautions that reforestation must come with a drastic reduction in greenhouse gas emissions. To be clear: 2.2 billion hectares equals 8.5 million square miles, or 87 percent of the US landmass.

That said, reforestation is an endearing idea, and as a young person who cares about our world’s future, I wanted to learn more about it. I’m on a gap year before college, and I’m fluent in Portuguese, so I spent the first part of this year in southern Brazil volunteering at a native tree nursery. I was not in the Amazon but in Brazil’s Atlantic Rainforest; specifically, I was in the Araucaria Rainforest in the state of Paraná.

I worked at a small NGO called Sociedade Chauá, which was founded by a group of local forest engineers who all have masters or PhDs in forestry. The team was small. Even at its biggest there were never more than a dozen people, including volunteers. The Araucaria rainforest is less than one percent of its original forest cover, so their goal was to protect biodiversity and save and restore the native plant species.

While my colleagues were experts in forest management, I am not. But my experience can provide some context about what reforestation might look like on the ground.

Preserving biodiversity is not easy. 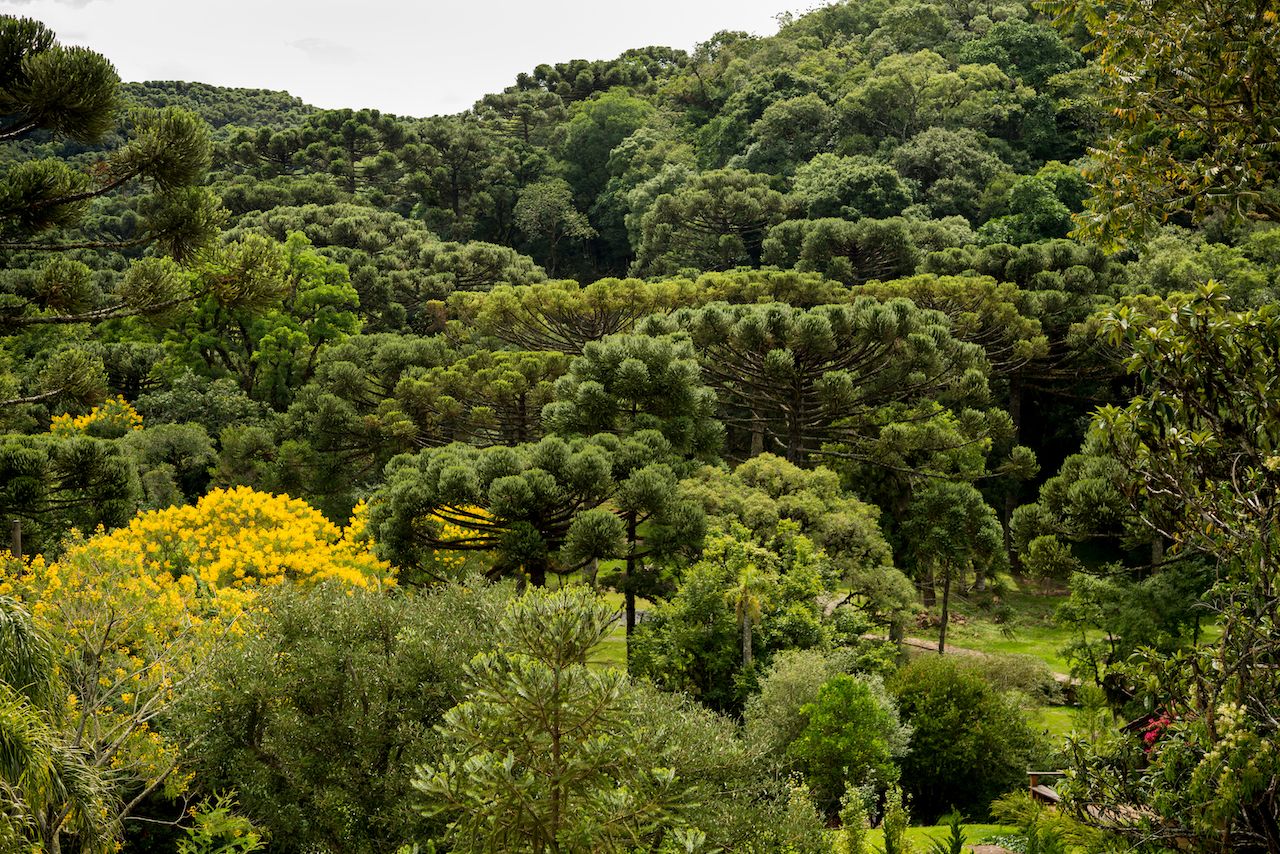 The overarching takeaway from my experience was that planting trees for rainforest reforestation sounds much simpler than it is. For one thing, you have to consider what kind of trees were there in the first place since protecting biodiversity is challenging and crucial.

Temperate forests — like ones you might find in the northeastern United States — typically have three to six species of trees per square kilometer, or 0.38 square miles. The Araucaria Forest, on the other hand, has 354 species of trees in the same sized space. That biodiversity isn’t only beautiful, but it also makes the forest healthy and function as it should.

Sociedade Chauá is exceptional in that its nursery has 220 different native species. In comparison, most nurseries have 10 to 15 common species. The challenge is that, beyond a small number of common plants, almost nothing is known about the hundreds of other species. Sociedade Chauá devotes a lot of its time to seed collection and the meticulous research of each species. As I had no formal forestry and/or biology education, I was the least involved with research. Still, I spent many hours measuring plants and seeds for experiments.

While restoring a rainforest with hundreds of species is markedly more difficult than restoring a forest with just three to six, that’s not to say that protecting other forests doesn’t come with its own challenges. For example, even in a country like Germany, which has committed huge resources to maintaining its far less biodiverse forests, climate change threatens those forests with fungi, bark beetles, drought, and other extreme weather conditions. 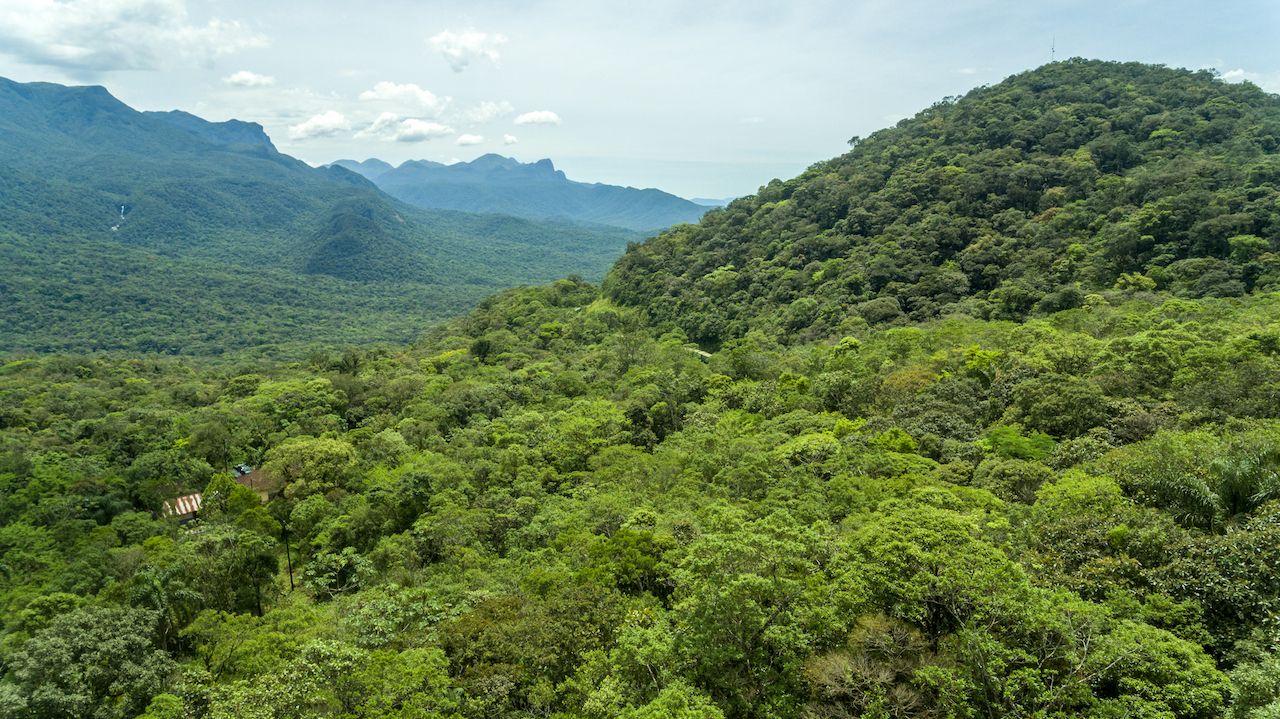 When deciding what to plant, it’s crucial to consider the microclimate. Part of our research at Chauá involved planting the diverse tree seeds in different conditions. Environmental factors like soil quality, humidity, and sunlight all affect tree growth. The ecosystem right next to the river may have one type of tree while the ecosystem just up the hill will have different ones.

The landscape near the nursery looked idyllic — with lots of trees growing in between the fields. Unfortunately, things weren’t what they seemed. Some of these mini-forests are big groups of alien trees like eucalyptus and pines. Even when trees don’t come from other countries, like eucalyptus trees, natural borders are different from political borders. A tree from the Brazilian Amazon doesn’t belong in the Brazilian Araucaria Forest and could be invasive.

Furthermore, in between those invasive trees, the forest fragments that were made up of predominantly native trees were still not of good quality — a topic that was made clear in lectures the Chauá managers gave to visiting students. As they explained, when forests become fragmented, biodiversity is lost, the forest begins to regress, and more species go extinct. Without biodiversity, all life suffers as systems like the food web break apart.

Planning for a successful forest requires deep knowledge and expertise of the forest to plant successfully and recreate what came before. 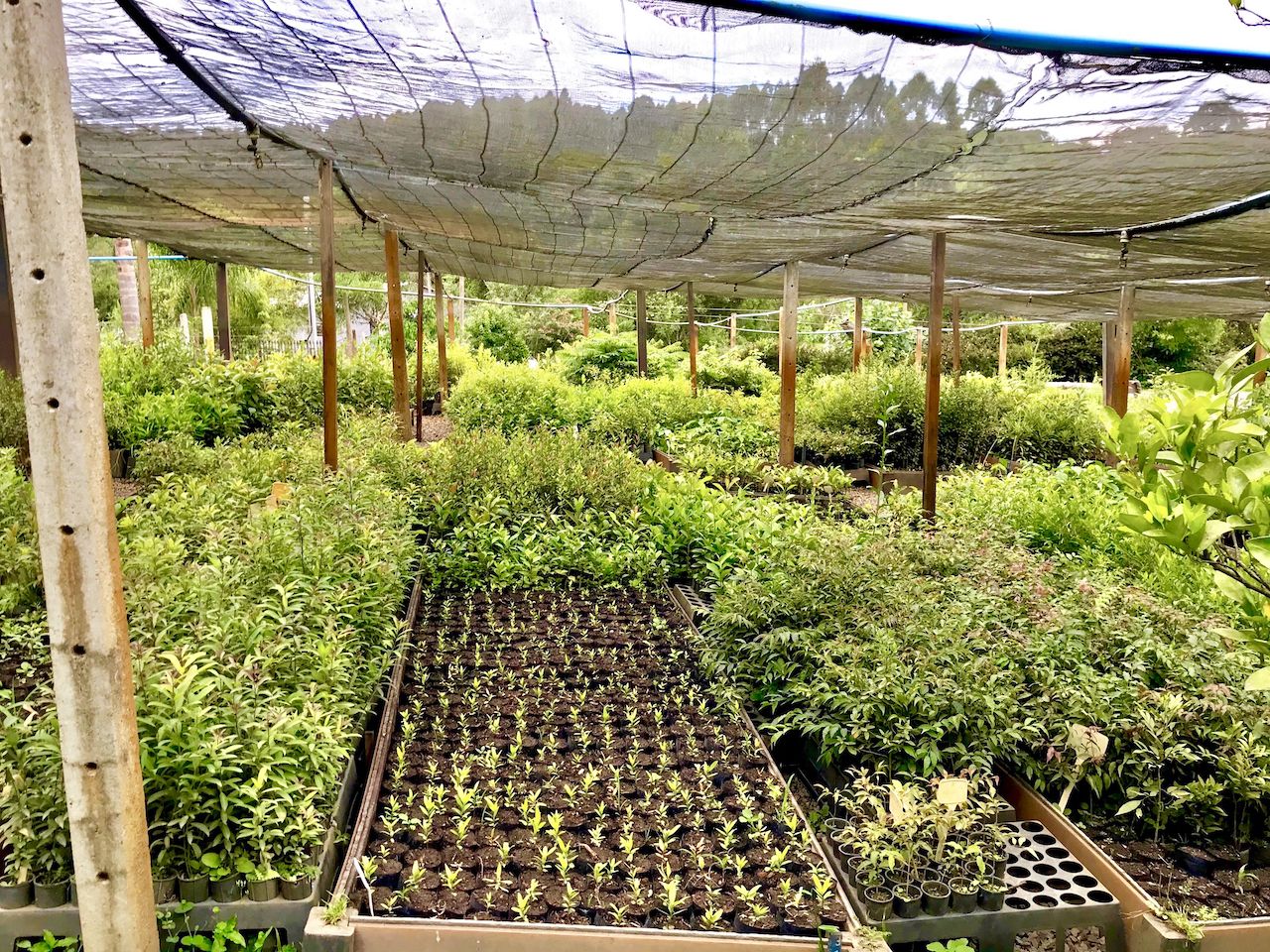 Once a tree is planted at Chauá, it is not forgotten. The organization has records of every tree it has planted — from seed to seedling to tree, all thoroughly labeled and measured. They have pages and pages of spreadsheets filled with all the information possible about everything they’ve ever planted. This data is crucial for research and following up with the 13,000 trees already planted in the field.

If we want to successfully reforest, following up with trees planted years ago is crucial to informing the reforestation efforts of today. Looking at already-planted trees and the information you have can teach you how to better plant trees today, as well as help better understand the health of the forest.

It takes a lot of manpower and a lot of time. 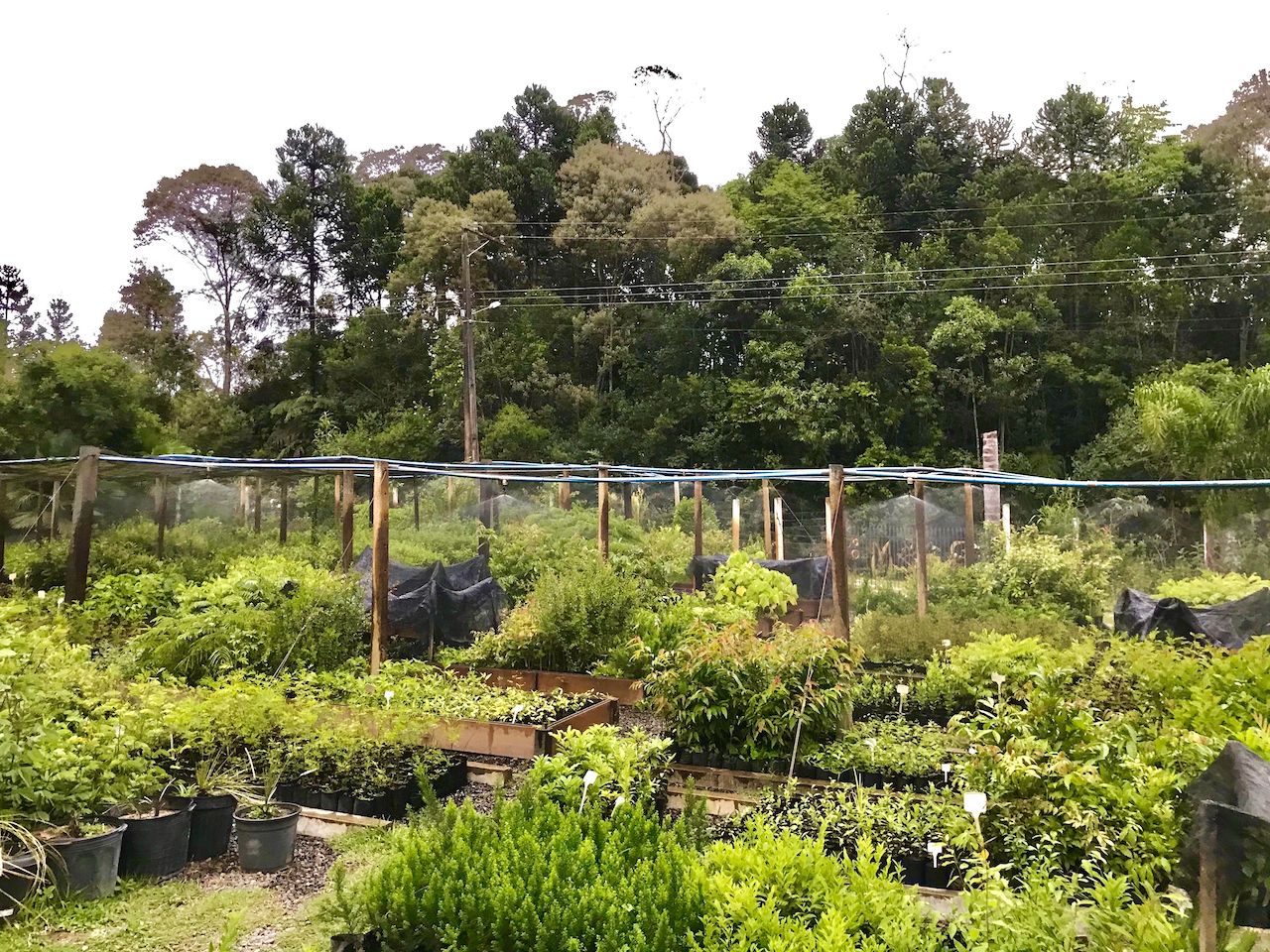 The huge amount of time and labor work it takes to plant trees became very clear to me during my time in Paraná. Every hand helped. We all worked five days a week, eight hours a day, but there was always something that needed to be done. I spent many hours sitting on a stony bench hunched over, filling bags with soil. Some days, I would literally spend up to eight hours doing that. By the end of the day, my back was aching and my bottom hurt.

Why? The nursery always had open spaces for new seedlings, after bigger seedlings had been transferred to the field. To fill those spaces, we need soil bags to plant in. No matter how much time we spent doing this or how many people devoted hours of their day doing it — sometimes up to five people at a time — it was never going to be done. If we want billions of trees like scientists say we need, we need millions of people outside planting and millions more filling bags with soil and doing the thousands of other things needed to maintain nurseries.

Moreover, forests don’t grow overnight. It will be many years before you can see the fruits of your labor. It might even be a couple of generations. Unfortunately, there is little instant gratification.

We need to protect what we have. 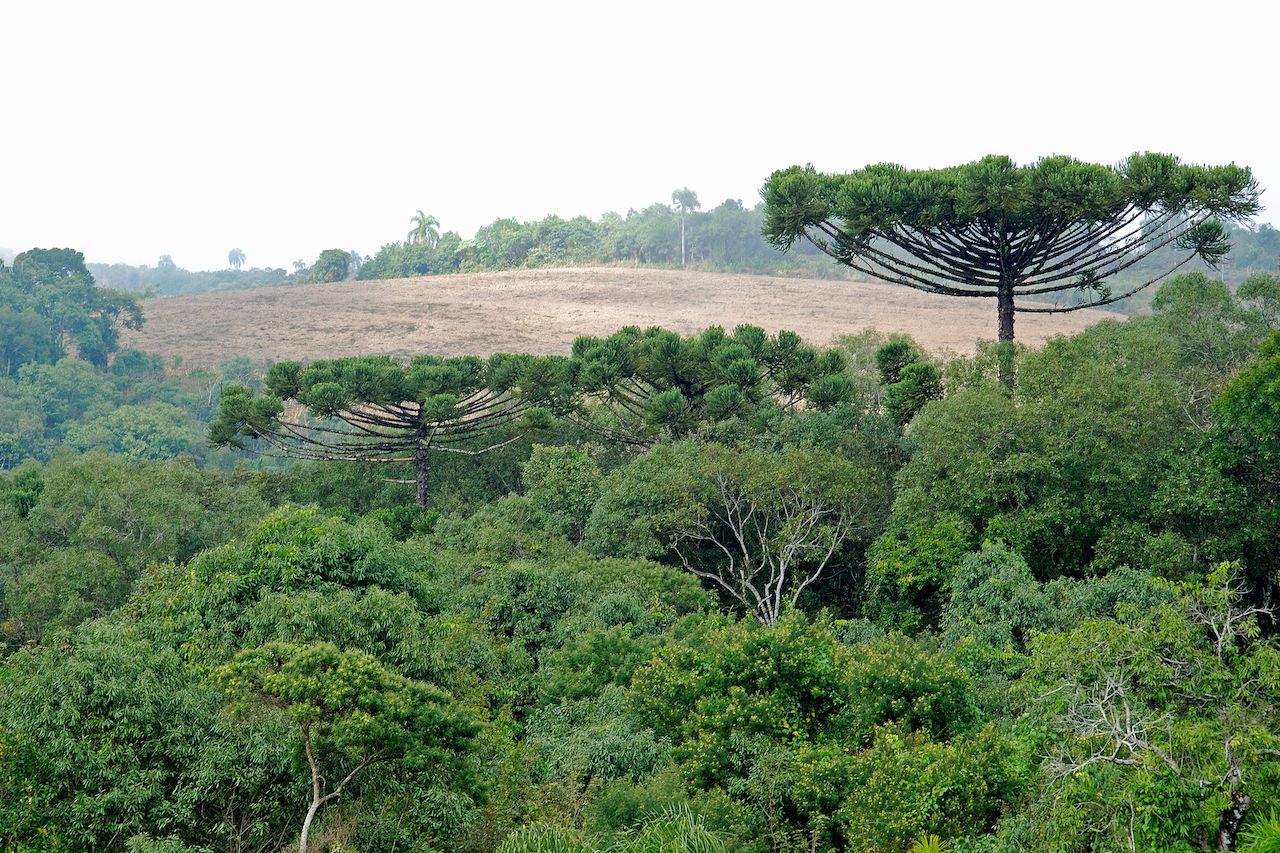 Reforestation is hard. Protecting the forests that already exist is a lot easier than trying to recreate what Mother Nature has already given us. Protecting existing forests means protecting biodiversity, local microclimates, natural resource cycles, clean water, and wildlife — basically everything that keeps our planet healthy.

Moreover, researchers are beginning to understand the importance of larger trees — that is, the oldest trees in the forest — to the capture of CO2. The oldest trees simply do it better. So while we shouldn’t stop trying to reforest, I don’t see how the human race is going to come together to plant a trillion trees if it can’t even save those we have.

Time is running out, but there is hope. 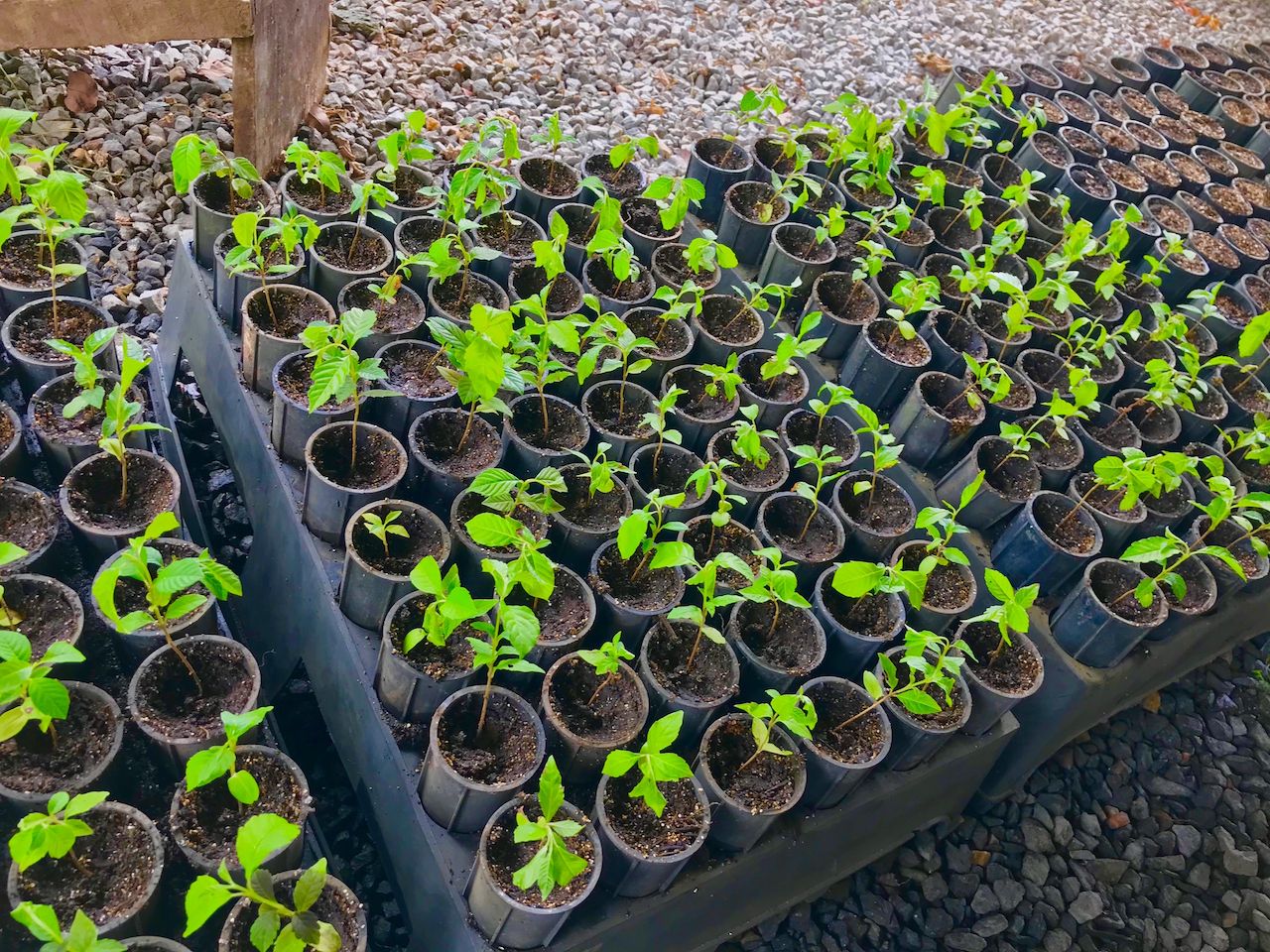 While everyone seems to love the idea of planting trees, all this talk hasn’t turned into action yet. And the internet-famous 20 million trees project of December 2019 is just a drop in the bucket of the number of trees needed for any significant impact. More frighteningly, deforestation is still escalating in the Amazon even during COVID-19.

I met some incredibly inspiring people volunteering and working at Sociedade Chauá. Some even came from rural families who support Brazil’s right-wing president, a climate skeptic, but they planned to dedicate their lives to reforestation. If we want to save the planet, we need more people like them.

Still, we can’t hope for others to put in the work to protect the planet this Earth Day. Time is running short, and we have just about a decade to get our act together before things get even worse. There’s still hope, and that hope relies on your ability to take action. If you can vote, vote. If you can advocate and show your local politicians environmental protection is a priority, do. If you can donate to local and international organizations protecting our forests, donate.

And if you can volunteer to rebuild a native forest, do that too. Just know that it’s really hard work.

Sustainability5 Quick Actions You Can Take To Protect Public Lands Under Attack
Tagged
National Parks Sustainability Volunteer Brazil
What did you think of this story?
Meh
Good
Awesome