The construction of the Museum Hotel Antakya that started in the Roman city of Antioch, Turkey, in 2009, quickly turned into the largest excavation operation the country had seen since 1930. The Asfuroğlu family’s endeavor to build a 400-room luxury property changed course as soon as 2,300-year-old ruins were discovered upon breaking ground. A team of 120 excavators, 35 archaeologists, and five restorers worked around the clock between May and December of 2010. 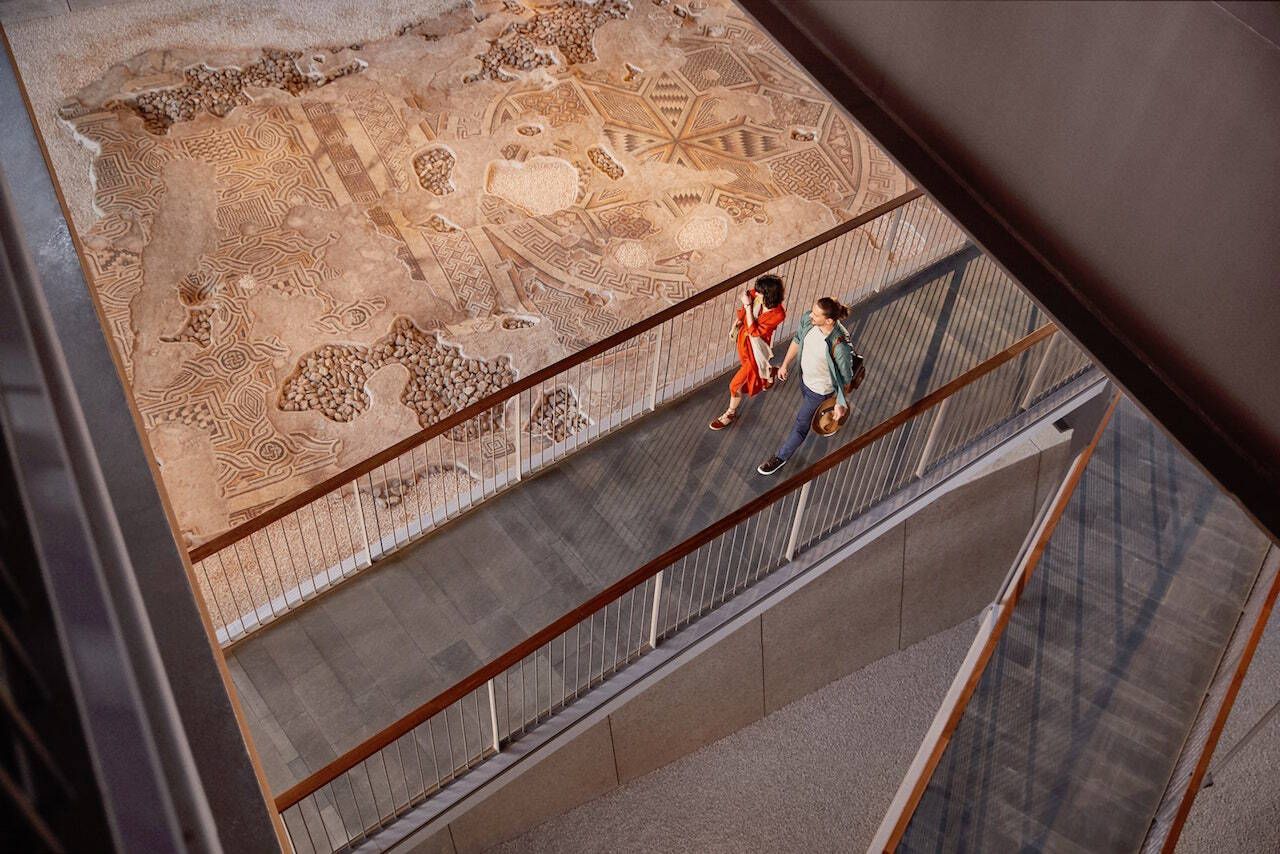 The artifacts discovered on site include the world’s first marble statue of Eros, the Greek god of love; a Roman bath; a second-century depiction of Pegasus; and the world’s largest single-piece floor mosaic measuring over 10,000 square feet. The team found over 30,000 artifacts in total, the earliest of which date back to the third century BCE and span across 13 civilizations. Faced with the dilemma of how to proceed with the project and preserve the site, the Asfuroğlu family turned to notable architect Emre Arolat, owner of Emre Arolat Architecture, who was tasked with redesigning the hotel to integrate and protect the archaeological site without any imposition or disturbance. 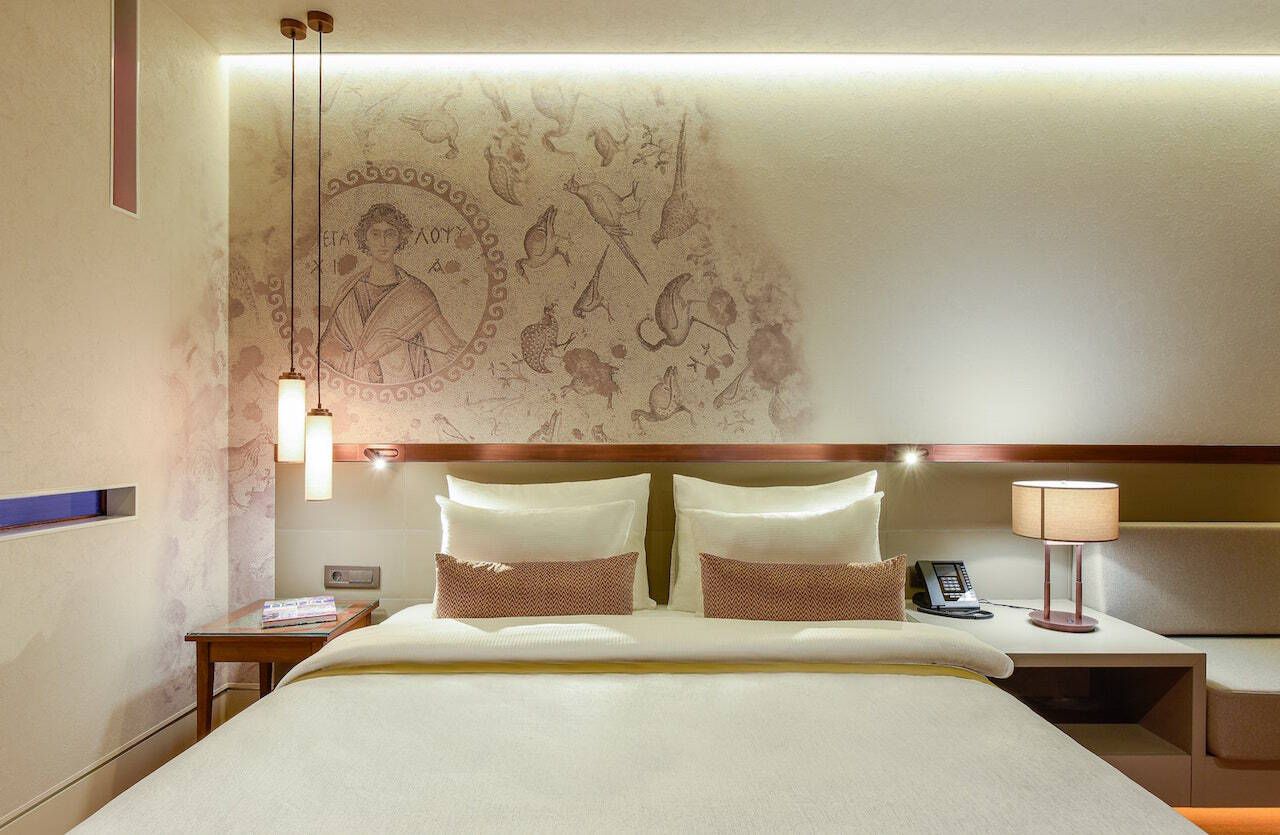 The original number of rooms for the luxury property was cut in half to 200, and 20,000 tons of hand-welded structural steel was used to build the supporting framework. The steel beams were carefully placed away from the archaeological findings to avoid any potential damage. The final result today is a sleek structure that looks as if it “floats,” allowing guests to enjoy a bird’s-eye view of the ruins. 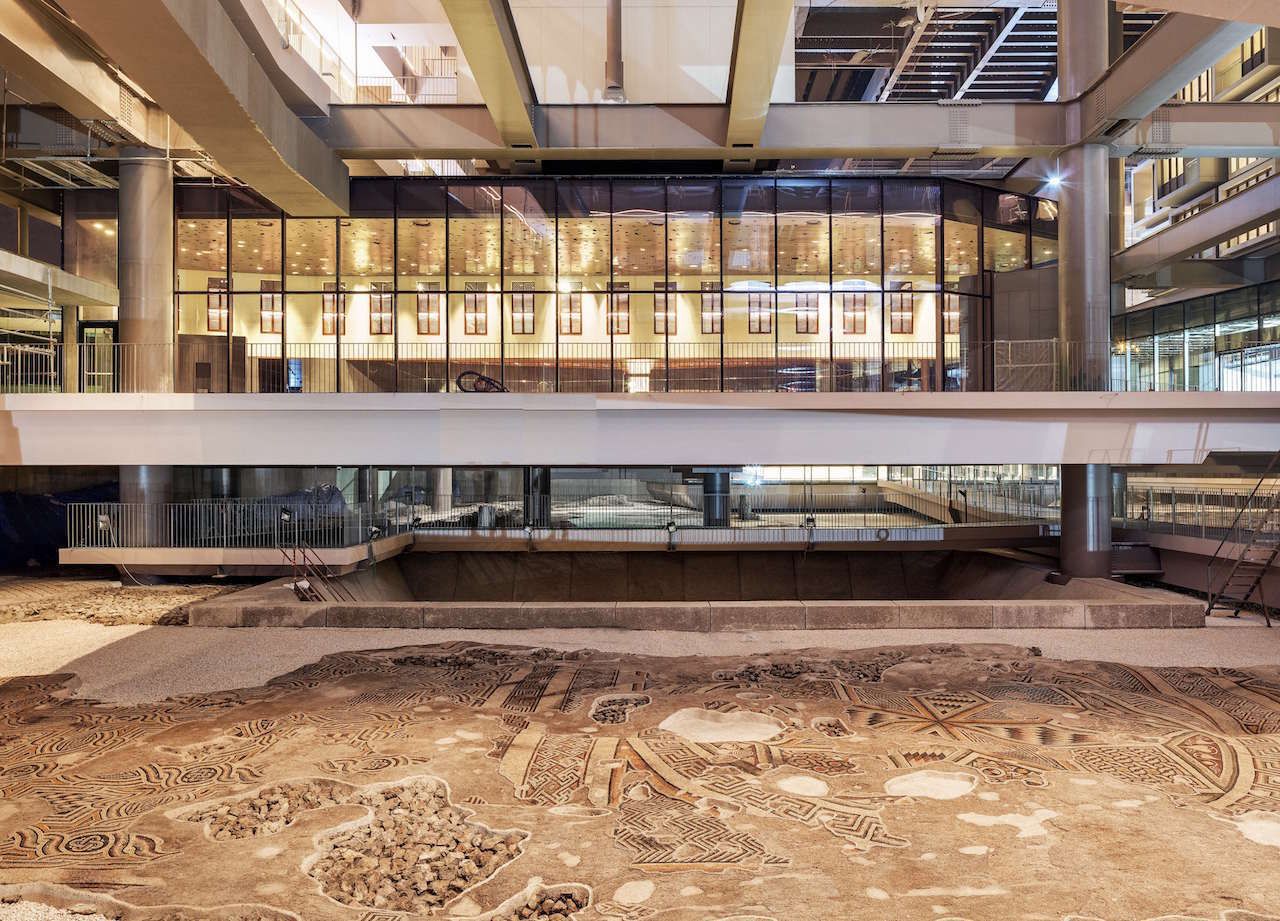 The project took over 10 years to complete and cost around $120 million. According to Sabiha Asfuroğlu Abbasoğlu, CEO of the Asfuroğlu Group, the project was a source of “national pride” as the entire team, from the archaeologists to the construction workers, were Turkish. She added, “We believe that the project will add to the country and world heritage because none of us will be here in 300 years but these works will.”

News4.5 Million Blue Flowers Are in Bloom at This Japanese Park and It Looks Like a Fairy Tale
Tagged
Archaeology Art + Architecture News
What did you think of this story?
Meh
Good
Awesome