T here are many delicious Japanese snacks out there to try, from matcha Kit-Kat bars to onigiri and Pocky, but all these relatively new creations pale in comparison to one of Japan’s oldest and most iconic dishes: senbei. This rice cake, which comes in a variety of fillings, is nearly 1,000 years old, but it’s still popular in Japan for a reason — and it’s worth adding to your list of must-try Japanese snacks. If you’re looking for a Japanese street food that really stands out, look for one particular version called octopus senbei. But there are many types of senbei that you can snack on during your next trip to Japan. 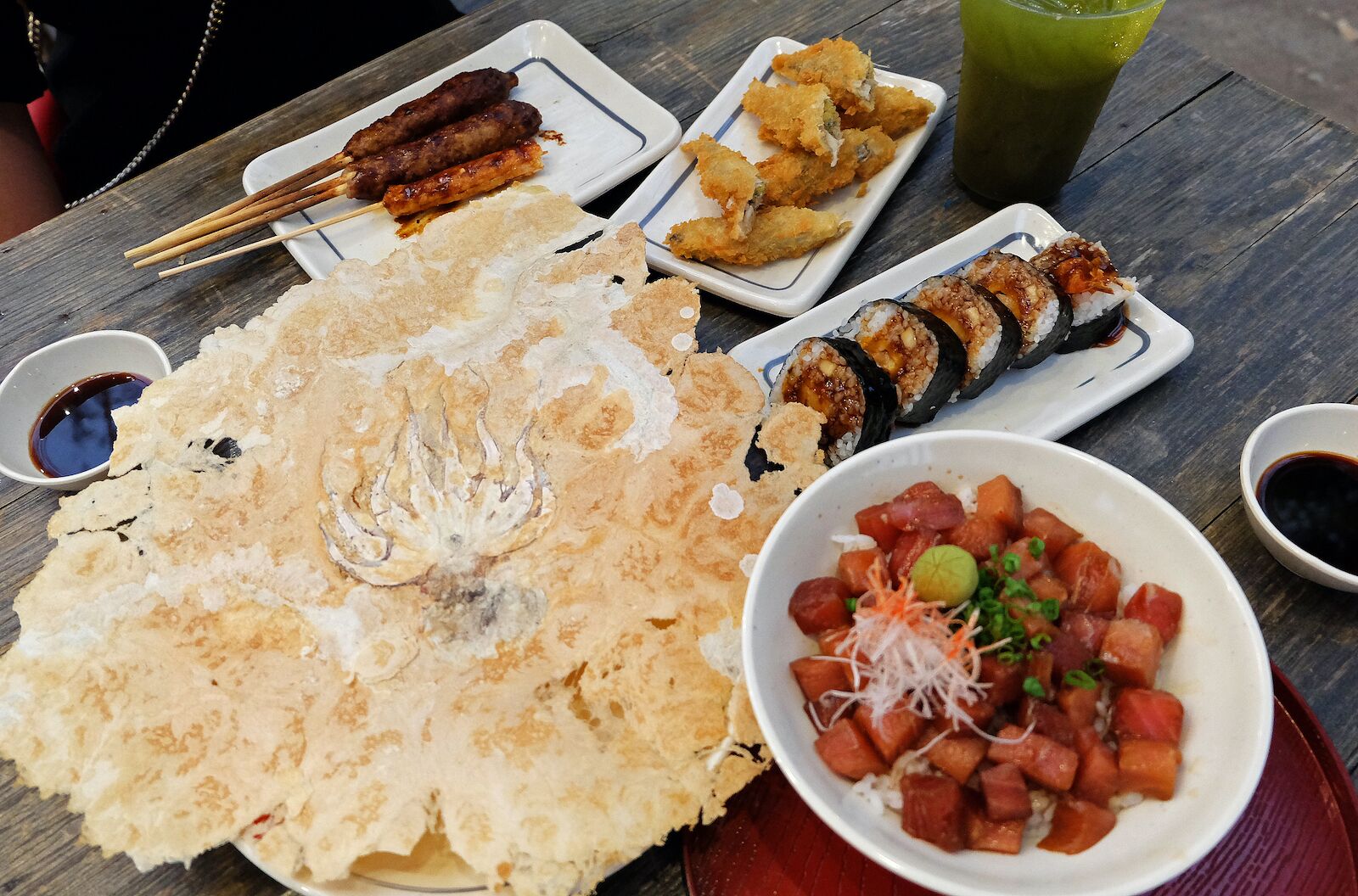 Senbei are crunchy rice crackers, and this snack is one of the oldest traditional Japanese foods. This popular dish can be found in many places like supermarkets, convenience stores, and department stores all over Japan. Dating back to the Tang Dynasty, these palm-sized crackers were and still are typically served with green tea, and are sometimes served at home to welcome guests.

What is senbei made from?

Octopus senbei is made by coating the raw, whole octopus in flour or starch, then baking it flat in a hot press. Some yatai (food carts or street food stalls) may not use flour and instead flatten the octopus in a hot press until it becomes flat and dry, resulting in a cracker-like texture. Octopus is a popular ingredient and appears in other treats like takoyaki (fried wheat flour balls filled with octopus) and tako su, a salad common at izakaya restaurants, where you can lots of different types of Japanese snacks and street foods. Sometimes takoyaki are also served sandwiched between two pieces of plain senbei.

Senbei traditionally began with ingredients like joshinko, or non-glutinous rice flour mixed with cooked rice, oil, and salt, but as time went on, cook began to add more seasoning, spices, and ingredients to this basic recipe. 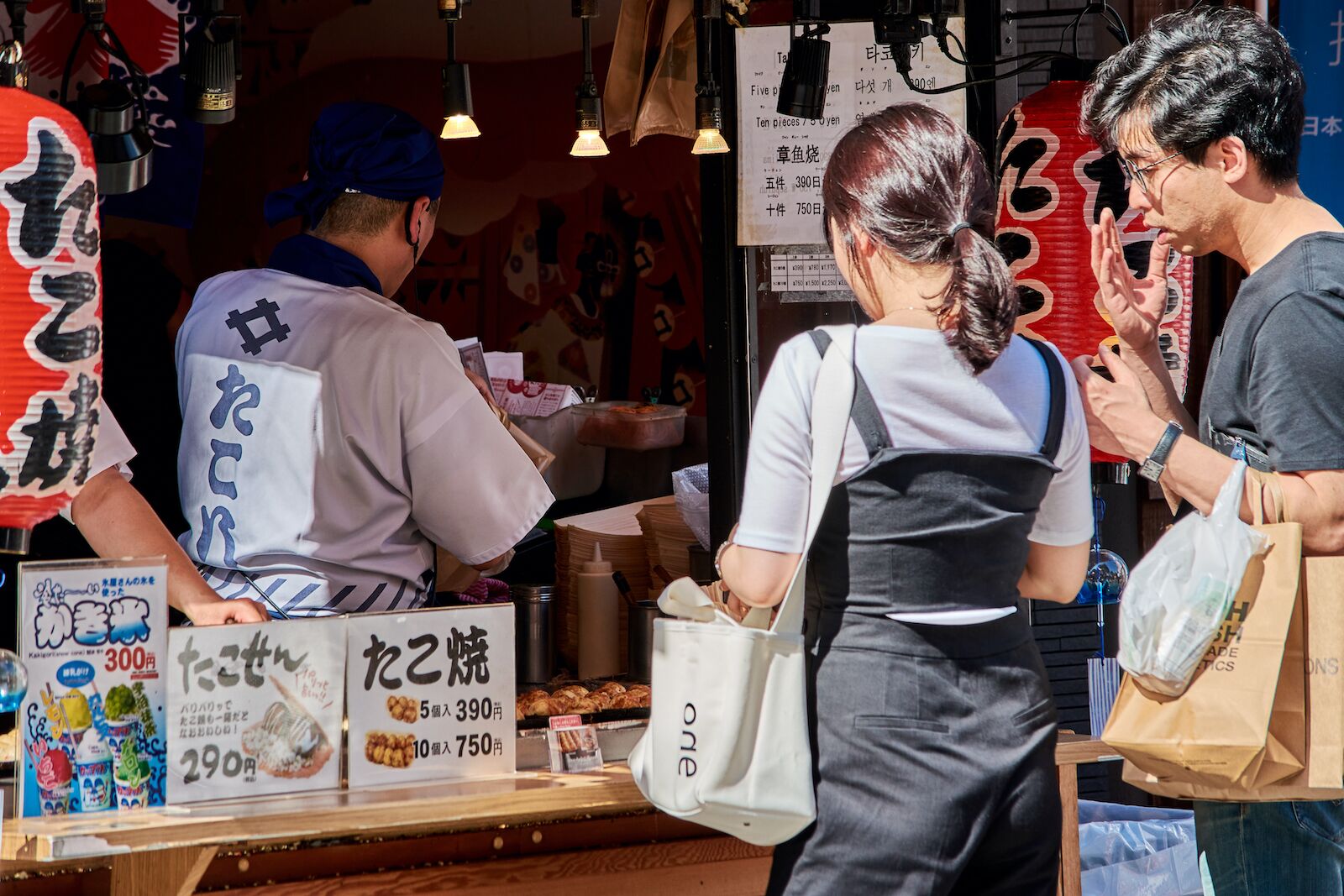 There are many types of senbei, and they are divided into three categories. The first category is classic senbei, which are flavored with soy sauce, nori, black sesame, red pepper, and other ingredients. The second category is regional senbei that varies depending on where you are in Japan, and comes in flavors like curry and nure, a type of senbei with wet dough. There are other types of rice crackers in Japan as well. One type is called arare, small crackers flavored with soy sauce which take their name from the Japanese word for snow pellet. Another type of rice cracker is kaware, which is shaped like a tile and often decorated with colorful flowers.

Food + DrinkAnyone Who Loves Japanese Food Needs To Stock Up on This Condiment
Tagged
Food + Drink Japan
What did you think of this story?
Meh
Good
Awesome