A love of cheese is more than just an obsession. It’s am intense affair with a delicacy rich in both history and culture, produced differently around the world but never lacking passion. Cheese fanatics the world over have created a running show of events, tours, and crazy experiences celebrating their fromage-affairs, always showcasing local styles and often incorporating ridiculous antics (and booze) to lure hungry travelers. Whether you hit one or all, it’s time to start planning your next cheese-themed getaway, stat, to start ticking off these bucket-list experiences.

1. Suffer (or savor) a serving of Casu Marzu at Agugliastra in Lanusei, Sardinia, Italy.

You’re hardcore about cheese about cheese. We get it — but this one might be your match. Casu Marzu is a take on pecorino cheese that is left to rot long enough that it attracts maggots, and only then is it served. Appetizing it isn’t, but the practice has built a cult following around Sardinia. It’s otherwise almost impossible to find, with the website for the Ogliastra region being the best place to identify where to experience Casu Marzu. The challenge is far from over once you’ve swallowed your pride and put down the maggot-rendered serving in front of you. Casu Marzu is known to stick around on your tongue and breath for hours afterwards. 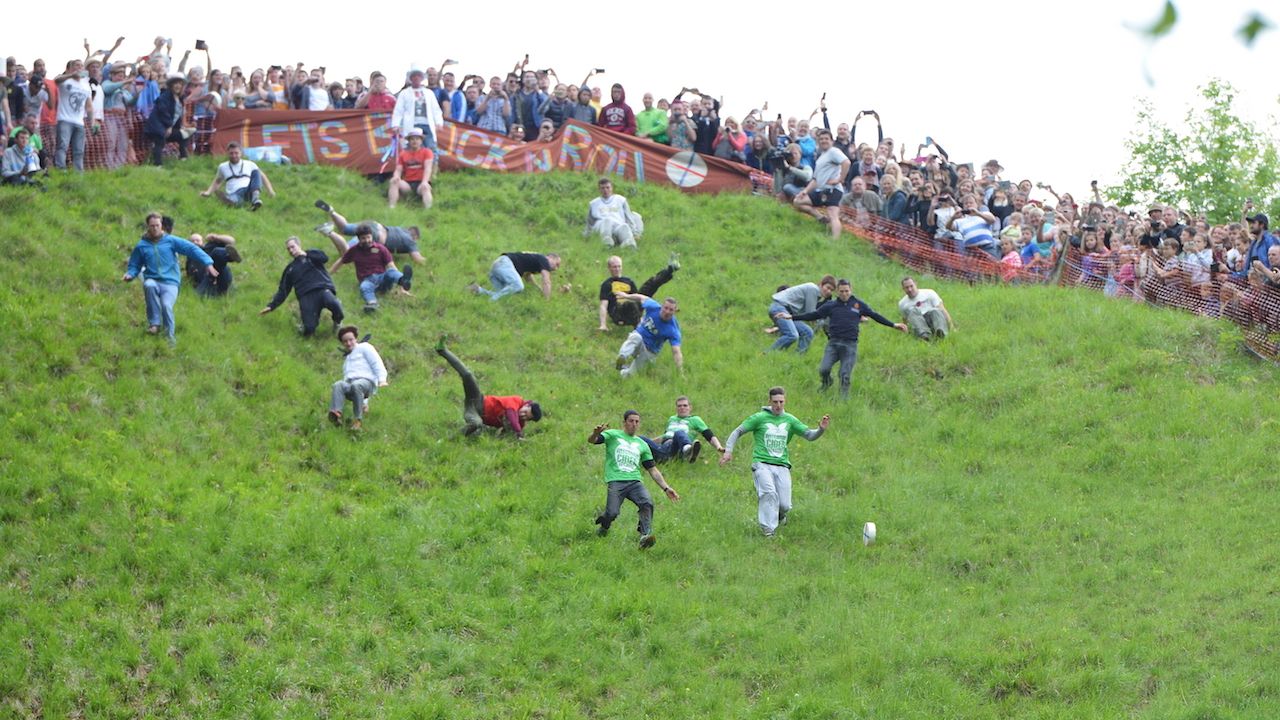 2. Survive the Cooper’s Hill Cheese-Rolling and Wake in Gloucester, England.

Gloucester hosts what has become the world’s most raucous cheese-themed party, an event that sends a massive wheel of Double Gloucester cheese down Cooper’s Hill with a horde of cheese fanatics tumbling, rolling, and diving after it. The winner is awarded a massive wheel of cheese to call his or her very own, but some don’t get to enjoy it until after a visiting the medical staff awaiting at the bottom of the hill — each year sees multiple injuries. Afterwards, the whole lot of entrants and spectators makes its way down to The Cheese Rollers Pub for celebratory drinks; the roll takes place annually on England’s Spring Bank Holiday. 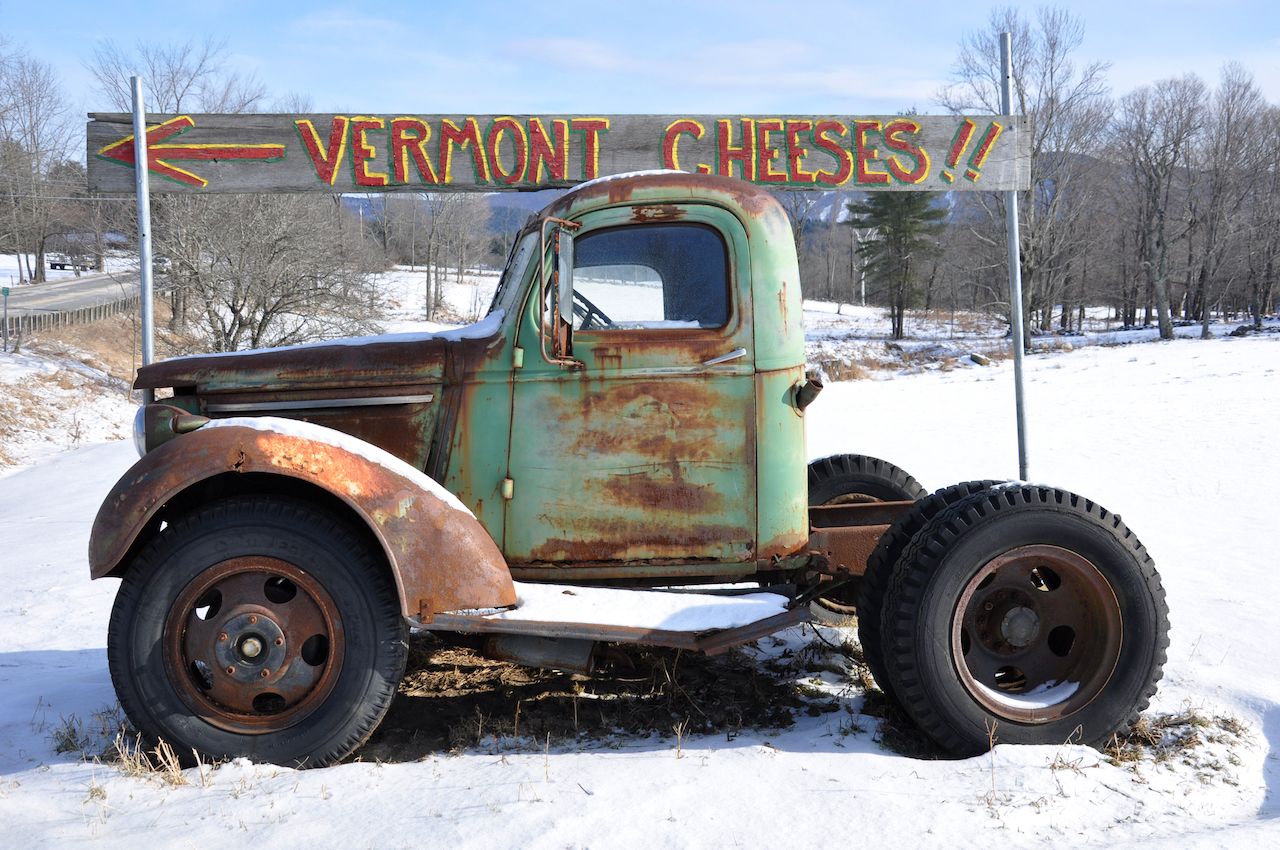 Vermont produces more than 150 types of cheese, and the Vermont Cheese Council took it upon itself to map out how to try them. If you’ve ever been on a wine tour, the experience is similar except for the end result being a dairy-induced coma instead of intoxication. Follow the map across the state, stopping at cheese makers and specialty shops along the way, and eat to your heart’s content. All’s better if you drive to Vermont, as you can stuff the trunk full of your favorites and keep the experience going even after you’ve arrived back home. 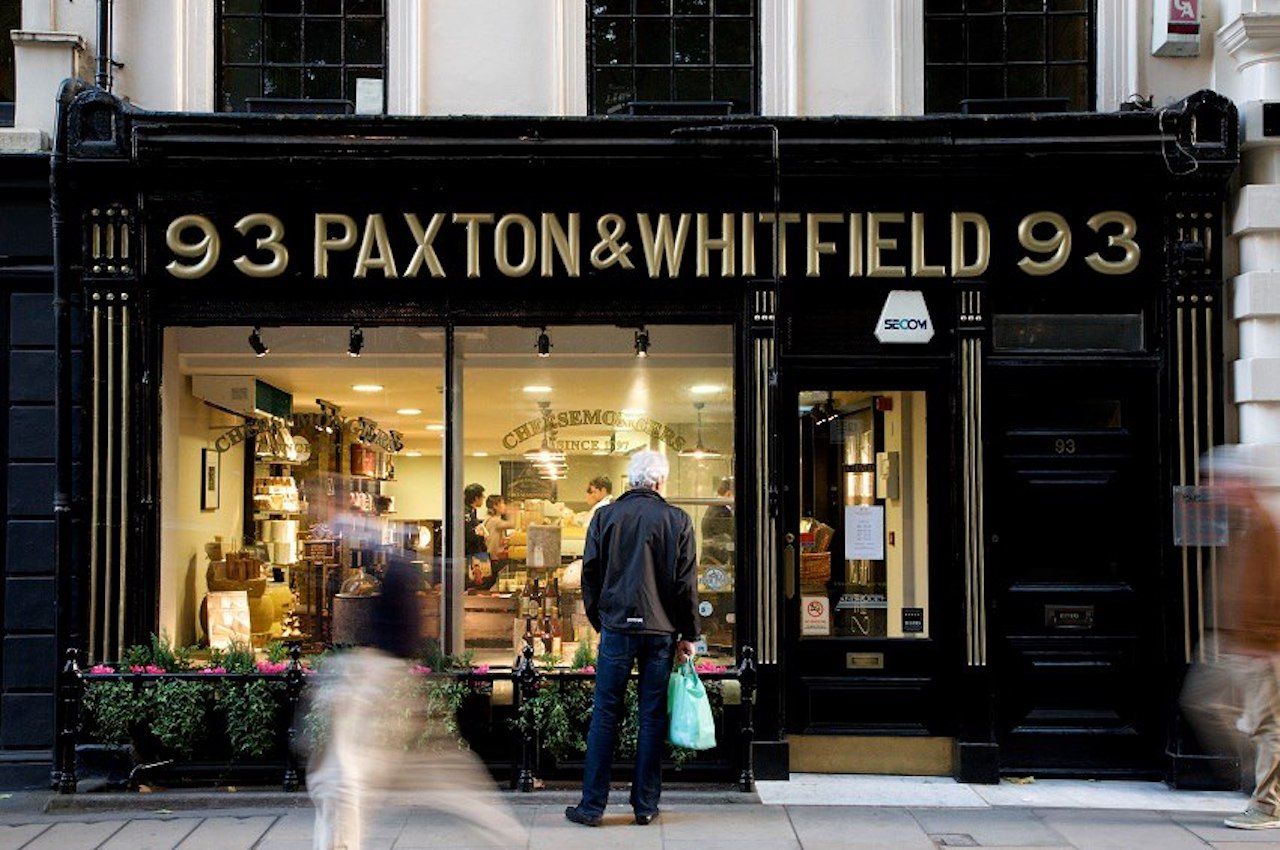 4. Rally your crew for Beer, Beer, and Morbier in London, England.

London’s Paxton and Whitfield is among the most celebrated cheese shops in the world, open since 1742 and the subject of much adoration from Winston Churchill. This private after-hours event affords you and up to seven of your friends entry into the cheese shop after everyone else has gone home for the day to sample cheeses paired with ales and learn tasting tidbits from a professional cheesemonger. At just over $1,000 for the group, it’s pricey, but you’ll take home a few samples as well as a tasting journal — register here. 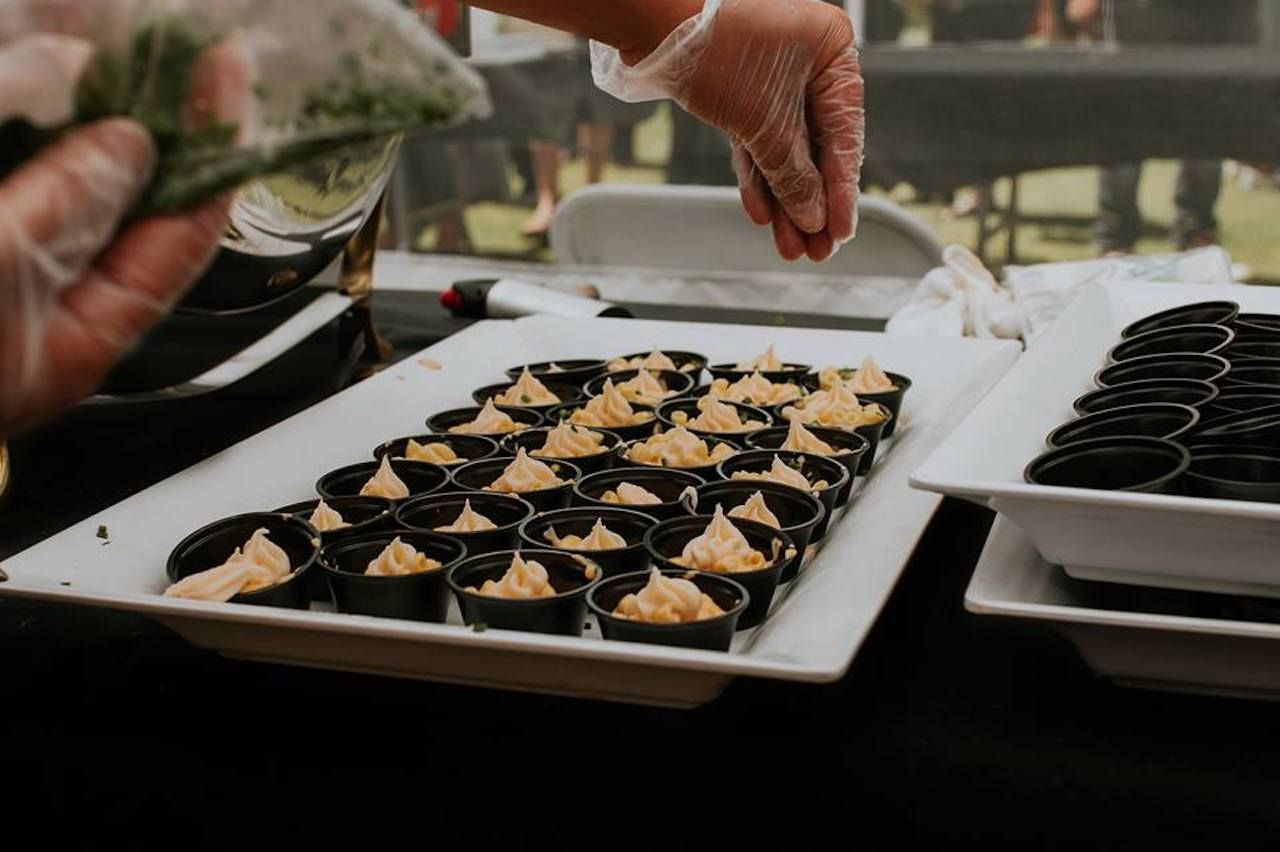 Photo: The Mac and Cheese Fest

5. Gorge yourself at The Macaroni & Cheese Festival in California and New Mexico.

If the words Macaroni & Cheese immediately drew your eyes to this listing, we don’t blame you. The Macaroni & Cheese Festival happens four times per summer, with two events in California (Bakersfield and Avila Beach) and two in New Mexico (Farmington and Albuquerque). Local establishments compete to see who makes the best version, and attendees get to taste them all while enjoying craft beer and live music to boot. If that’s not a perfect day, we’re not sure what is. 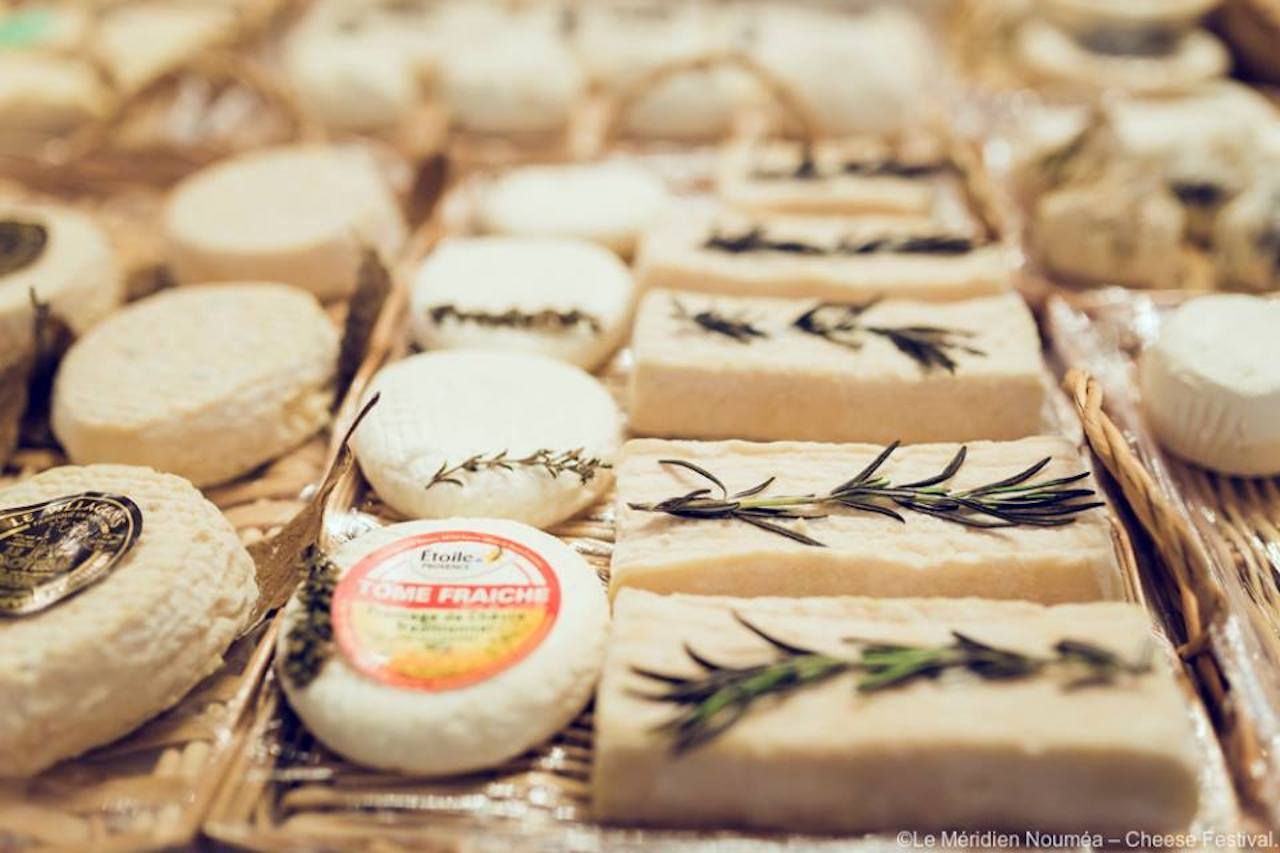 You probably don’t associate the South Pacific with cheese, but the French Polynesian Islands actually ship in over 130 cheeses from mainland France for New Caledonia’s annual French Cheese Festival. It takes place in June, and there’s no shortage of fine French wines to complement. As an added bonus, you can stumble over to the beach and rest under a palm tree once you’ve reached your fill.

7. Take the train to the Alpine Cheese Festival on the Grosse Scheidegg in Grindelwald, Switzerland.

Forget about fondue — these alpine cheeses are so good that melting them would be a crime. Sample the full spectrum high up in the Jungfrau in the small mountain town of Grindelwald, among the most beautiful settings in the world for a late-summer event. You’ll enjoy high-altitude cheeses, music, and pairings, as well as local butters and breads, while staring in awe at the surrounding peaks. This year’s event takes place Sept. 15. 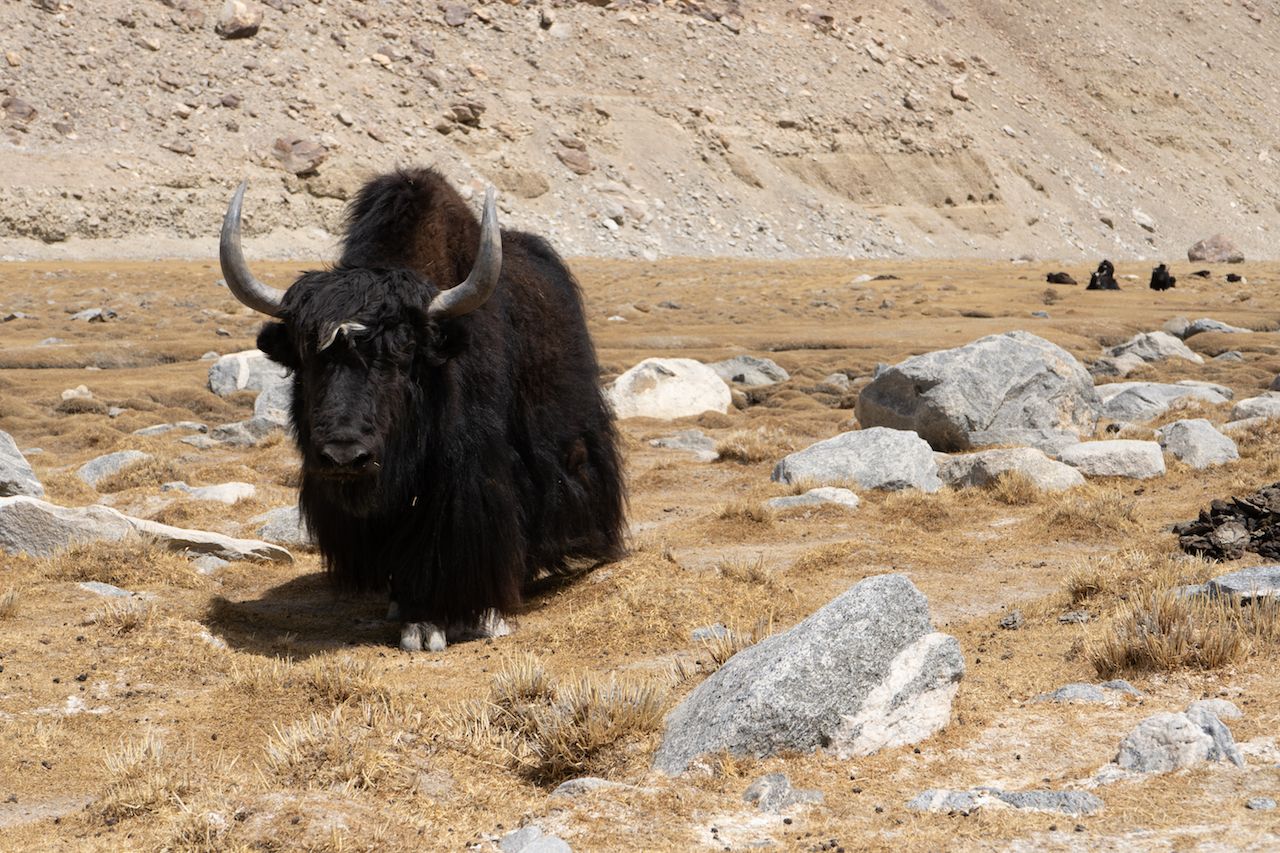 8. Put down a serving of yak cheese in Tibet.

There are cheese experiences to savor, to look forward to, and to dream about long after they happen. Then there’s yak cheese, known for being so hard that it’s actually a challenge to eat it without causing damage to your teeth. If you can get past the hardness, the cheese actually has a sweet, mild flavor to it. 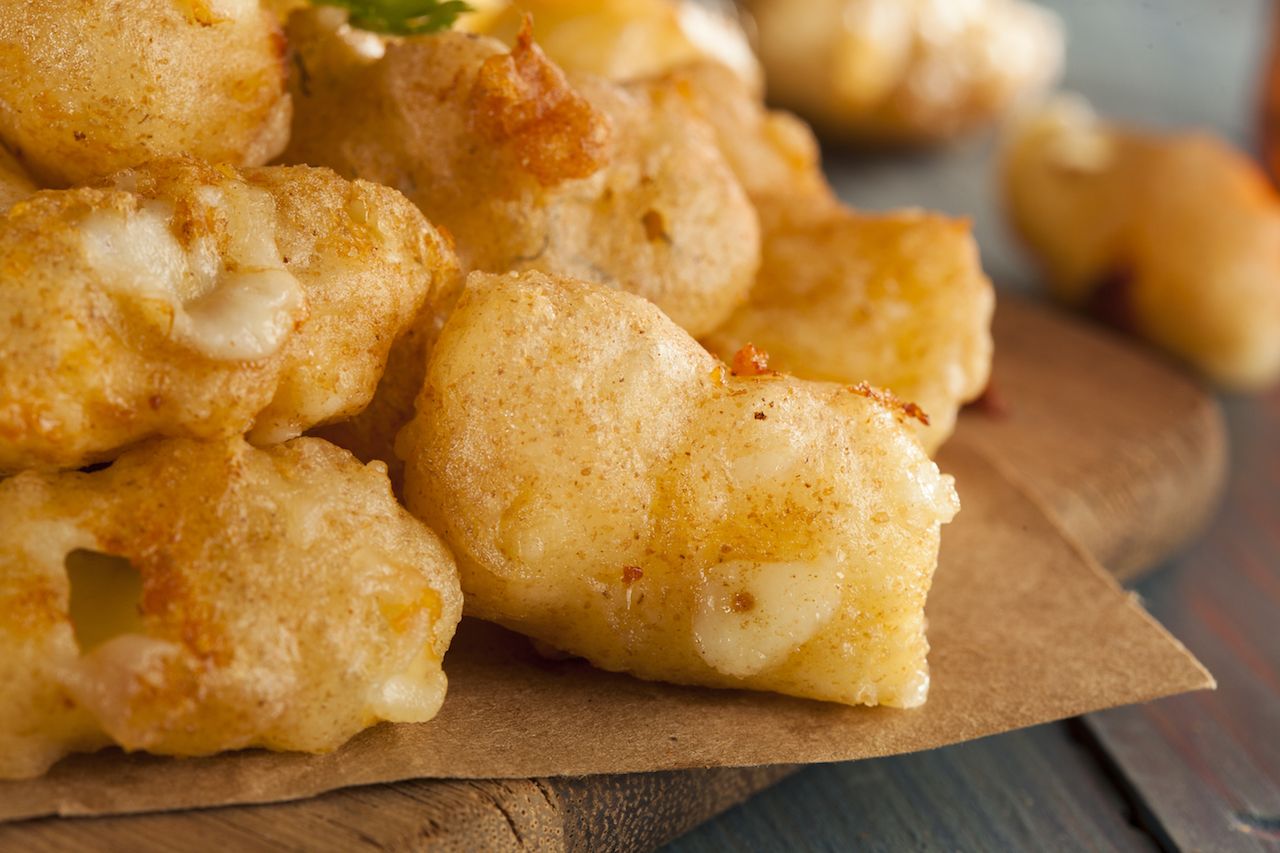 9. Relax over a plate of cheese curds in Wisconsin.

If you’ve made it through even a few of these experiences, you deserve to reward yourself with the simple perfection that is Wisconsin cheese curds. A basket of hot cheese curds and a cold PBR is a cheese pairing smashed head on with true Americana, and once you’ve tried it, you’ll know why the locals are so proud of such a seemingly simple concept. Whether you have them fresh or deep fried, you simply haven’t been to Wisconsin until you’ve wolfed down a plate.

Theme ParksSouth Korea Has a Whole Theme Park Dedicated To Cheese
Tagged
Food + Drink Insider Guides
What did you think of this story?
Meh
Good
Awesome