Of all the outdoor activities America’s national parks call to mind, scuba diving is low on the list, especially when that national park is in the Midwest.

Michiganders know better. Isle Royale National Park, which doubles as the largest of Lake Superior’s 400-plus islands, is one of the most unexpectedly exciting places to scuba dive in the United States. The water is invigoratingly icy, the lake floor is a maze of shipwrecks waiting to be explored, and the view from the surface captures Lake Superior at its most remote.

If you’re looking for an unforgettable experience in one of the country’s most underrated national parks, wetsuit up, and look no further than Michigan’s Isle Royale National Park.

What to know about scuba diving in Isle Royale National Park 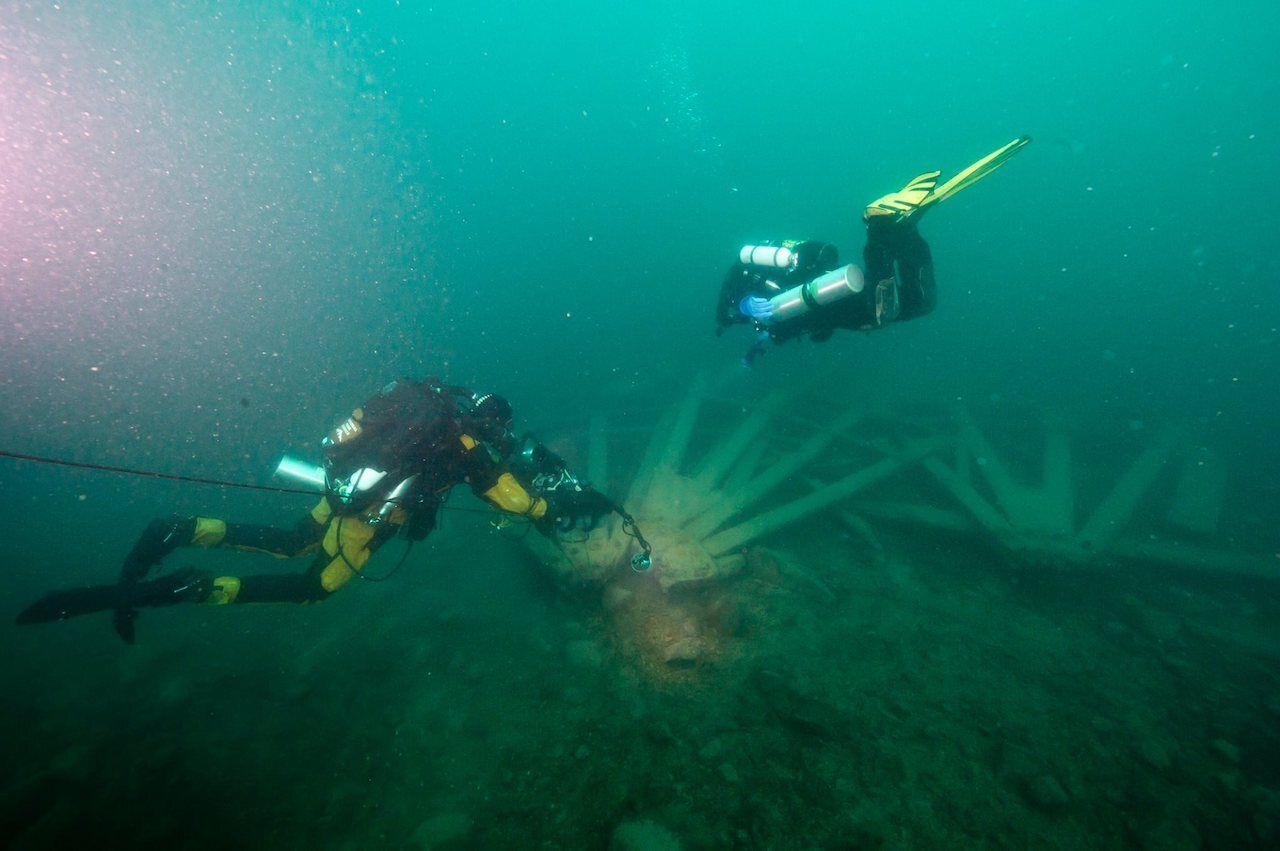 The first thing you need to know about scuba diving in Lake Superior is that it’s cold, like really cold, averaging about 35 degrees Fahrenheit once you plunge below 50 feet. It’s also dark, with visibility that ranges from 20 to 70 feet. And it’s rugged to boot, with capricious waves that may be moderately choppy one minute and downright stormy the next.

None of this should discourage divers, provided they have advanced certifications and cold-water, wreck, and deep diving experience. But it should serve as a reminder to come prepared and stay vigilant — two tenets seasoned divers already abide. At Isle Royale, being prepared starts with having the right gear. Drysuits are preferable, but six- or seven-millimeter wetsuits may suffice if worn with three-finger mitts and a hooded vest. Cold-water regulators and dive lights are a must, and dive computers are highly recommended.

To stay vigilant, divers should stick to a buddy system, both while navigating shipwrecks where the visibility can be slim to none and by ensuring that there’s at least one person monitoring conditions from the surface at all times. The park also reminds divers to respect the no-decompression limits, which is the maximum amount of time a diver can spend underwater at a given depth without needing to make decompression stops during their ascent. Only experienced and equipped divers should attempt dives below 100 feet.

The best way to ensure you’re prepared to dive Lake Superior is to book a charter. Isle Royale Charters is a National Park Service-licensed operator specializing in liveaboard dive trips averaging four nights, five days, between Sunday and Thursday. Regardless of your plans, all divers are required to register at one of the park’s three visitor centers.

Note that Isle Royale is only open from April 16 to October 31 and is only accessible by ferry, boat, or seaplane from either Michigan or Minnesota. More information on the ferries and seaplanes operating in both states is available on the Isle Royale website. 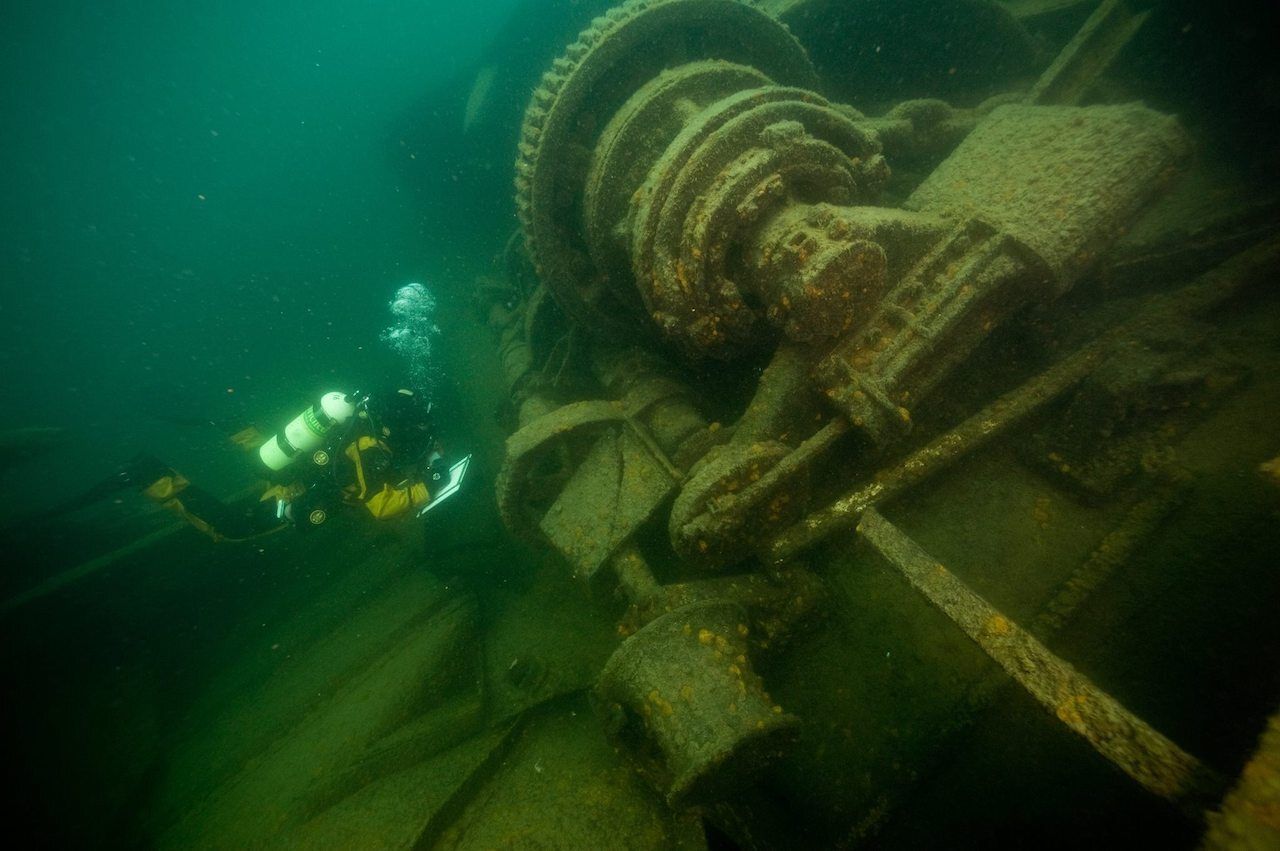 There are 10 major wreck sites in Isle Royale, only some of which are available or advisable for recreational, non-technical dives. Among the best-preserved is the America shipwreck, a 183-foot freighter built in 1898 and sunk in 1928 after sustaining damage on a rocky reef. Swimming through the midship and stern, or back of the boat, divers will find the engine room, boilers, galley, crew quarters, and various cabins intact, although visibility can be poor. Starting at a depth of merely two feet, the dive caps at 80 feet. Not only popular among sport divers, the America wreck is also an attraction for ferry passengers and is unavailable to divers between 10:00 AM and noon to give onlookers a better view.

Another popular and well-preserved wreck is the Emperor, which is accessible at 25 feet and reaches an impressive depth of 175 feet. As with the America, the bow of this steel freighter suffered the majority of its damage when the vessel struck a rocky reef in 1947. The stern is mainly intact, with the engine room and several cabins on display. Divers will see a variety of equipment here, from the ship’s rudder and propeller to multiple anchors and various other features of the deck. At the time of its launch in 1910, the Emperor was the largest Canadian-built freighter ever made at 525 feet long. It’s now said to be haunted by a ghostly crew member, though that hardly stops intrepid divers from hopping aboard, so to speak.

Though divers should have at least 50 open water dives under their belts before planning a trip to Isle Royale, those with just enough experience will enjoy the Congdon Bow site. The dive showcases the back end of the 532-foot Chester Congdon bulk freighter that sunk during a storm in 1918, barely over a decade after it launched. While the rest of the ship plunged farther down in the lake and wound up on the opposite side of a reef, the bow sits upright in 50 to 120 feet of water. Because much of the site is unenclosed, like the decks, mast, and pilothouse, it’s comparatively easier to navigate. Less experienced divers are also suited to the shallow Glenyon bulk freighter wreck, which ranges from 15 to 60 feet but is less intact. 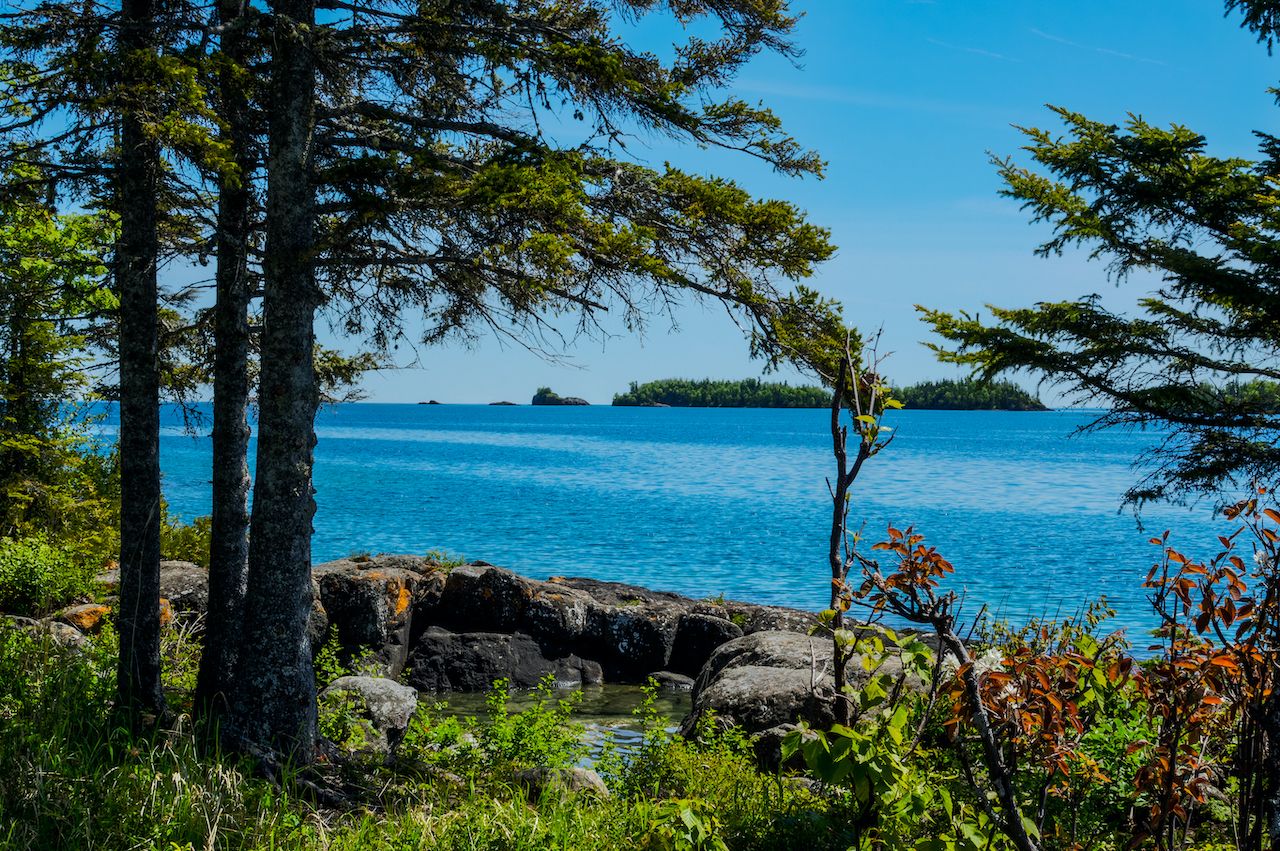 Adventuring beneath Isle Royale’s surface is undeniably exhilarating. Still, it’s not the only way to dive into the park, which is among the least-visited national parks in the United States.

Located miles offshore in northwest Lake Superior, closer to the borders of Minnesota and Canada than it is to mainland Michigan, the national park encompasses 850 square miles and hundreds of tiny islands, with Isle Royale being the largest at over 200 square miles. The island has no permanent population but plays host to wildlife like moose and gray wolves. There are, however, 36 wilderness campgrounds for backpackers to call their temporary home.

Backpackers could spend days exploring Isle Royale’s North Woods forest, which has 165 miles of scenic trails, while day hikers can plan outings around the ferry depots in Rock Harbor and Windigo. Both areas also have lodging. The Rock Harbor Lodge is the lone full-service accommodation on the island. At the same time, the Windigo Camper Cabins are equipped with rustic amenities, such as bunk beds, futon sofas, picnic tables, and grills. 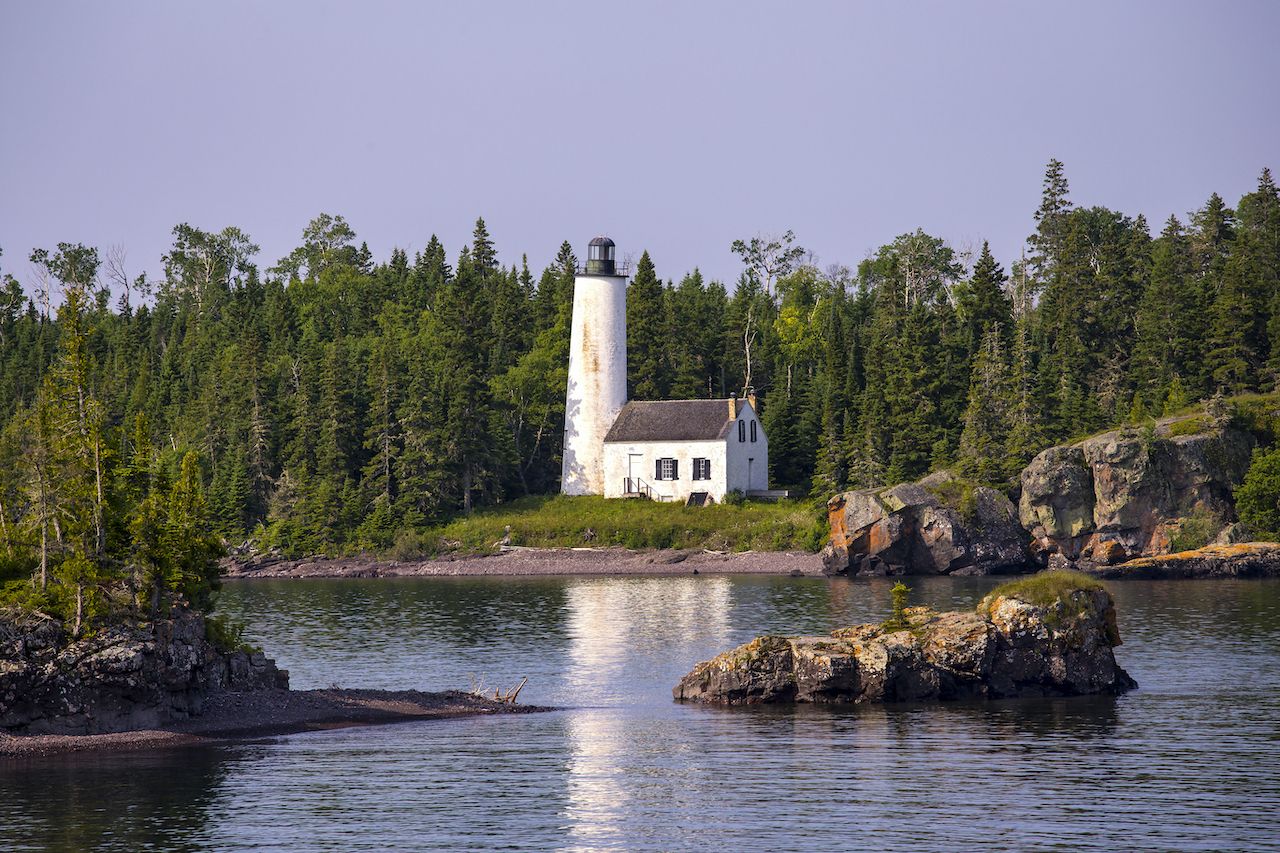 It goes without saying that Isle Royale is also an excellent choice for water sports, even those that stick to the surface. Kayaking, canoeing, and paddling are all popular activities here, as is fishing. The lake is filled with various trout species, as well as northern pike, herring, and others. Angling is regulated, though, so read up on what is and is not allowed before you arrive.

Even if you choose to leave your hook and line at home, boating provides a relaxing introduction to the area’s wilderness. Sturdy shoes are recommended on guided boat cruises, many of which include hikes to scenic lookouts and sites such as the Passage Island Lighthouse.

Whether you plan to dive, are traveling with a diver but are not certified, or want nothing to do with Lake Superior’s depths, Isle Royale is a pristine pocket of wilderness that every outdoor enthusiast should experience. Little visited and far away from the civilized world, it’s one of few national parks that can truly promise an escape from the crowds, on land and underwater.

Beaches and IslandsThe Midwest’s most stunning islands you need to explore this summer
Tagged
Diving Parks + Wilderness
What did you think of this story?
Meh
Good
Awesome