On June 3, 2021, United Airlines announced its commercial agreement with aerospace company Boom Supersonic to add 15 of Boom’s ‘Overture’ supersonic airliners to its fleet.

Boom is currently working to bring Overture up to US commercial airlines’ safety, operating, and sustainability standards. When those requirements are met, Boom will deliver 15 supersonic aircraft to United Airlines, with a potential order for 35 more. 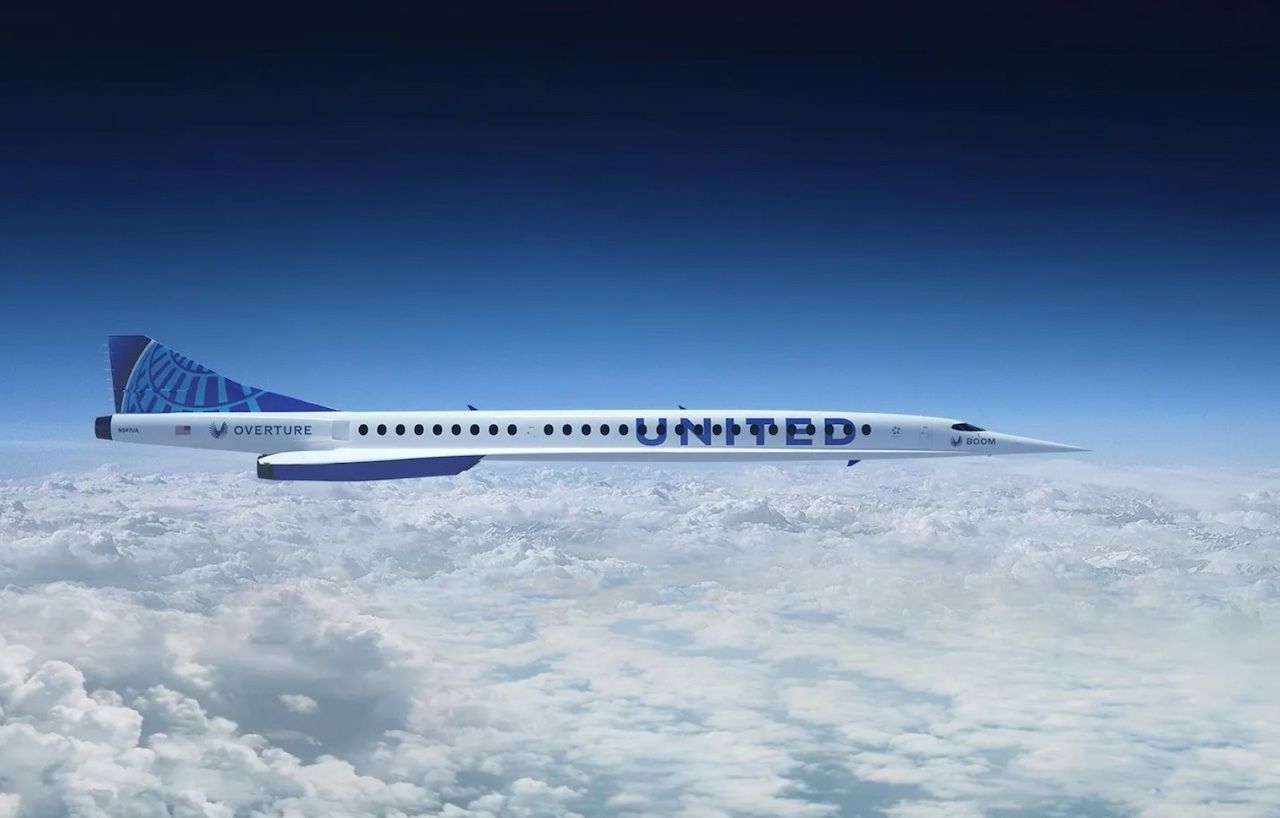 Overture can fly at speeds of Mach 1.7 (1,300 mph), i.e., twice the rates of today’s fastest airliner. According to United Airlines’ news release, the aircraft is also expected to be the first large commercial aircraft to be net-zero carbon since it will run on 100 percent sustainable aviation fuel.

The aircraft can fly to more than 500 destinations in nearly half the time as today’s airliners, the news release says. Potential routes for the future are Newark to London in 3.5 hours, Newark to Frankfurt in four hours, and San Francisco to Tokyo in six hours.

Airports + FlyingThe 7 Coolest Airplane Liveries in the World and the Stories Behind Them
Tagged
Airports + Flying News Sustainability
What did you think of this story?
Meh
Good
Awesome