The town of Lares, Puerto Rico, is famous for two things: a short-lived revolution against Spain in the late 1800s called the Grito de Lares and the unusual and exclusive ice cream flavors of Heladería Lares.

One is a piece of violent history, the other a house turned ice cream shop selling garlic, cilantro, and even rice and beans flavored ice creams. Both are linked to the sense of orgullo, or pride, of Lares residents who are fiercely protective of their heritage and can trace their ancestors back for generations.

Salvador “Yinyo” Barreto, who opened Heladería Lares, was one such resident. His family owned a house across from the Lares Plaza where the revolutionary flag first hung. Over the years, Yinyo’s parents transformed the house into a hotel, restaurant, and dentist office. It wasn’t until 1968, on the 100th anniversary of the Grito de Lares, that Yinyo decided to open up an ice cream parlor.

He made all the typical flavors like chocolate, strawberry, coconut, and vanilla at first. Then, the discovery of corn ice cream led him to experiment with stranger batches like pumpkin, sweet potato, and carrot. Word spread about the man offering savory treats and notable figures, including presidents and movie stars, flocked to the city to try one of the 500 seasonal Barreto family recipes. 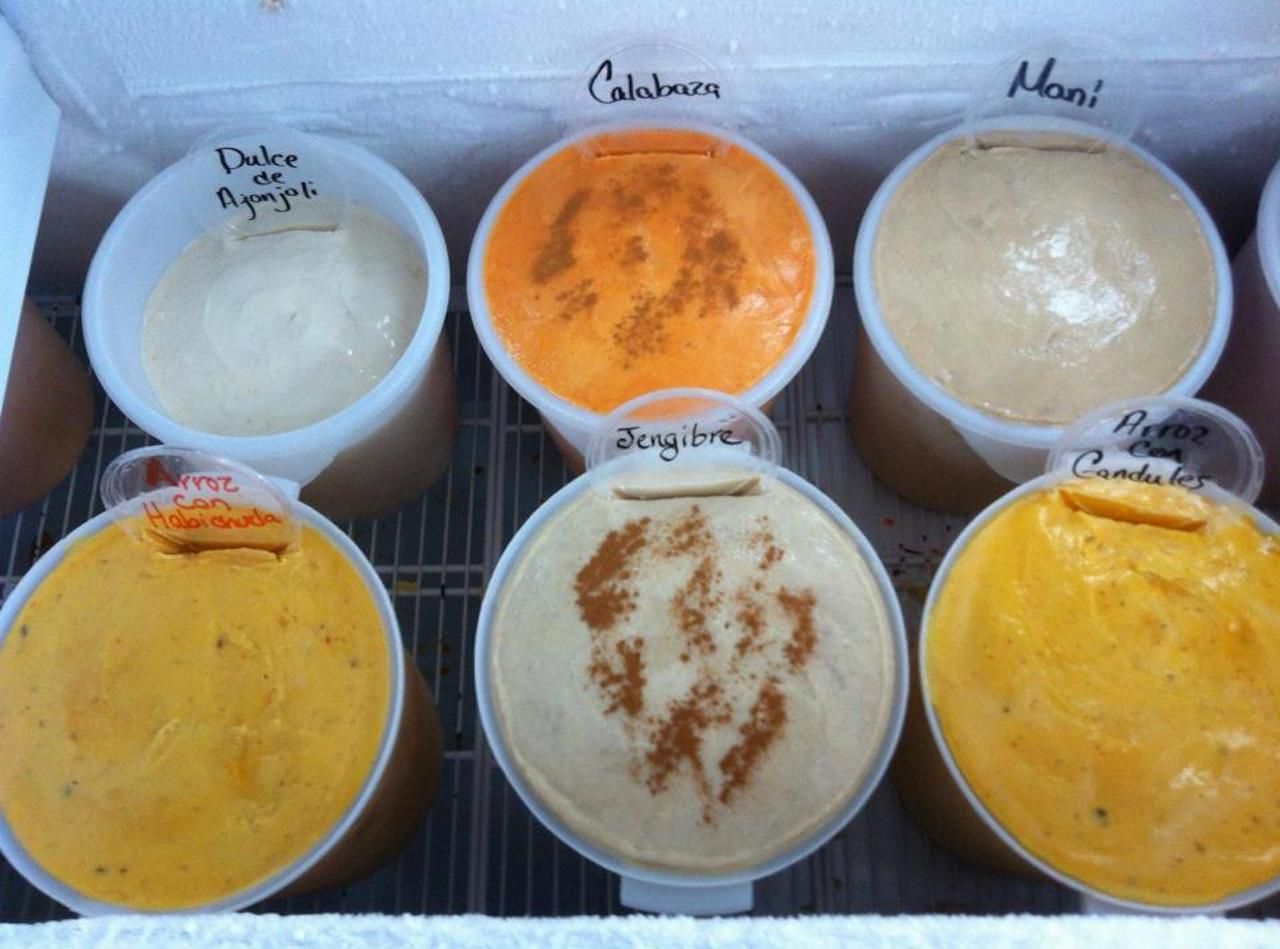 Yinyo worked every day until he was 81, living in an apartment above the shop. When not creating new flavors, he was singing, playing guitar, and entertaining guests. The shop was more than a place to get dessert, it was a local gathering spot. Children stopped by on their way home after school, finding joy in eating their vegetables in ice cream form. Sports teams celebrated their victories here, taking over the seats in the back and chatting for hours.

Yinyo lived to be 91 years old. When he died, the town mourned the loss of its favorite confectioner. Heladería Lares closed for three years pending administration of his estate, leaving a bacalao-flavored hole behind.

Despite being closed, the shop’s reputation continued to draw in visitors from all parts of the world with tourists arriving from as far as Africa and Japan in search of Yinyo’s ice cream. In an effort to meet the demand and preserve the city’s sweet claim to fame, Heladería Grito opened just a few doors down. The flavors aren’t as peculiar, but they’re just as delicious and are a welcome relief on hot Puerto Rican days.

In March 2017, Heladería Lares reopened, this time under the leadership of Alberto Barreto, Yinyo’s youngest son. Alberto is an entrepreneur in his own right, having successfully run a clothing and medical device store before returning to the family business. He speaks well of Heladería Grito, the shop’s competitor, maintaining that there’s enough room for two ice cream stores on one block. 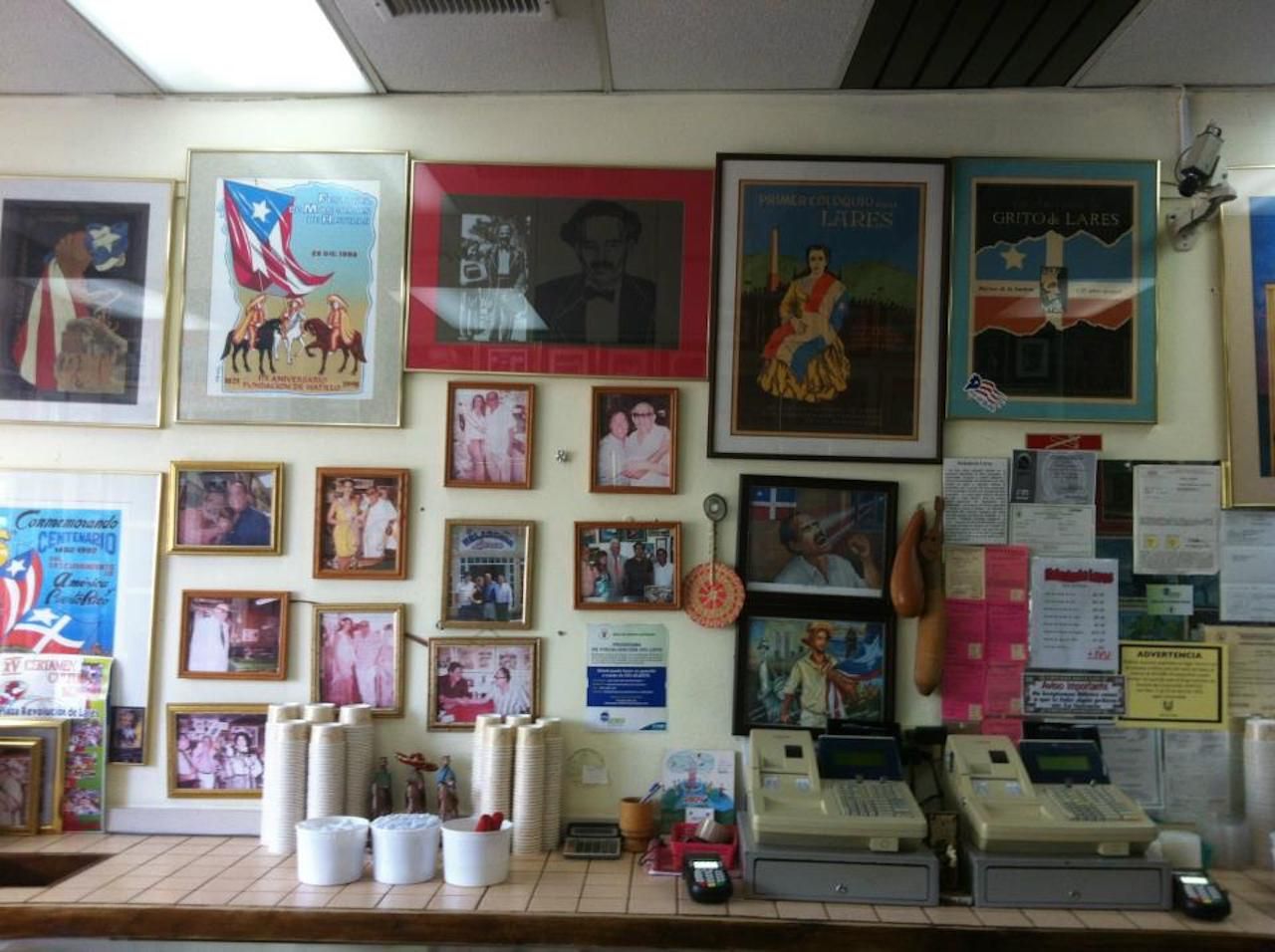 In tribute to his father, Alberto runs the shop the same way Yinyo did for decades. He’s gotten multiple offers to franchise the business but refuses to do so. Yinyo knew people came to Lares for the classic Puerto Rican ice cream flavors, and if they could find them anywhere else, they wouldn’t make the hour-and-a-half trek through the mountains to get there.

“There’s a sense of emotion in it for me,” Alberto says. “I made a few aesthetic changes when we reopened, like updating the lights and air conditioning, but the story of my father’s life remains on the walls.”

Indeed, every inch of the shop’s wall space is occupied by a picture frame, award, or newspaper clipping documenting Yinyo’s legacy. Behind the frames are numbers that Alberto drew so he’d be able to hang each piece back up exactly where his father left it.

“I used to come here every weekend,” Alberto says. “I learned the production and creation of ice cream as a child.” Today, the tradition continues, with Alberto teaching his middle son the family recipes and hoping he’ll one day take over the business. 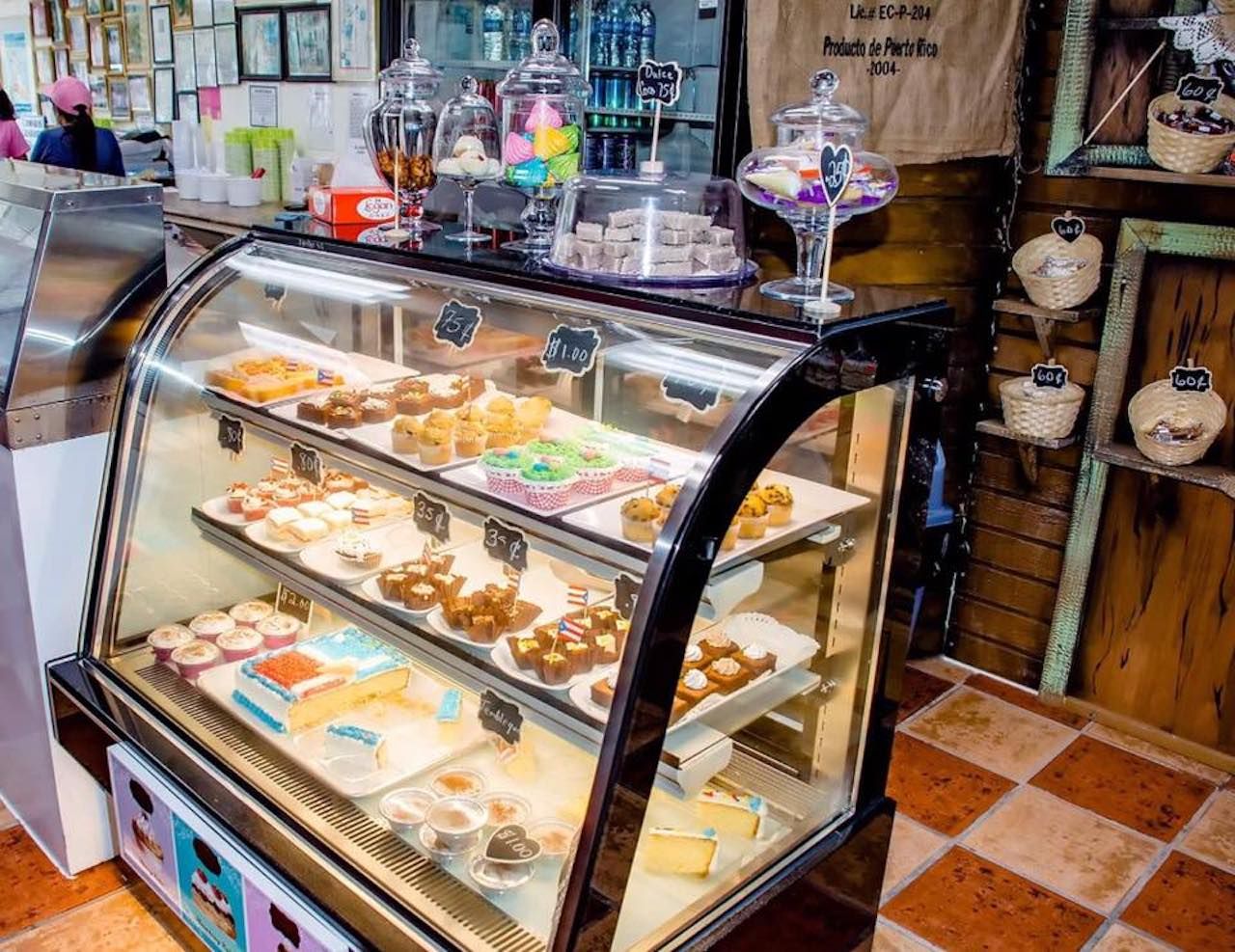 In the meantime, Heladería Lares continues to manufacture new flavors. There are seasonal options like avocado and coquito, a rum-based eggnog popular on the island at Christmastime, as well as flavors commissioned upon request. They’re currently working on an ice cream flavored like almojabana, a type of flour fritter made with rice and cheese, to be served at an upcoming festival by the same name.

“The reaction of the public when I reopened was extraordinary,” Alberto says. “It was very moving and personally gratifying for me to see the joy on people’s faces.” Alberto lights up while talking about the uniqueness of the space, a family home that inspired the entrepreneurial spirit of generations of inhabitants. “This place has a special energy to it,” he says with a knowing smile. As I sit and savor my ice cream in the historically significant shop, I can’t help but agree.

Before leaving, Alberto points me to a massive guest book to sign, indicating that it’s the latest of more than 15 others just like it, filled with messages from guests around the world expressing their gratitude for the space in all languages. I add my note to the collection, flipping through the pages and marveling at the global reach one small ice cream parlor has achieved.

Like the town it exalts, Heladería Lares and its remarkable ice cream flavors are a beloved part of Puerto Rican history, contributing to the charm that earns its nickname as the “island of enchantment.”

Dessert8 Sweet, Fruity, and Savory Brazilian Desserts You Need in Your Life
Tagged
Food + Drink Puerto Rico
What did you think of this story?
Meh
Good
Awesome