Valencia is Spain’s third largest city, a vibrant Mediterranean hub, and it also happens to be one of the best hotspots for food lovers in Europe. The dining scene is thriving, and local restaurants celebrate regional favorites that are steeped in tradition. Most of the ingredients used in Valencia’s cuisine come directly from the surrounding countryside, such as paella rice that grows in fields just outside of city limits, and the tiger nut plant used to make the local drink horchata.

The options in this food-loving city are all worth a try. You can enjoy cured ham croquetas for lunch and risotto with shiitake mushrooms and Tuscan kale for dinner. Then there’s the iconic paella and gelato along with local favorite drinks like horchata and vermouth. Here’s where to try the best of Valencia’s regional flavors. 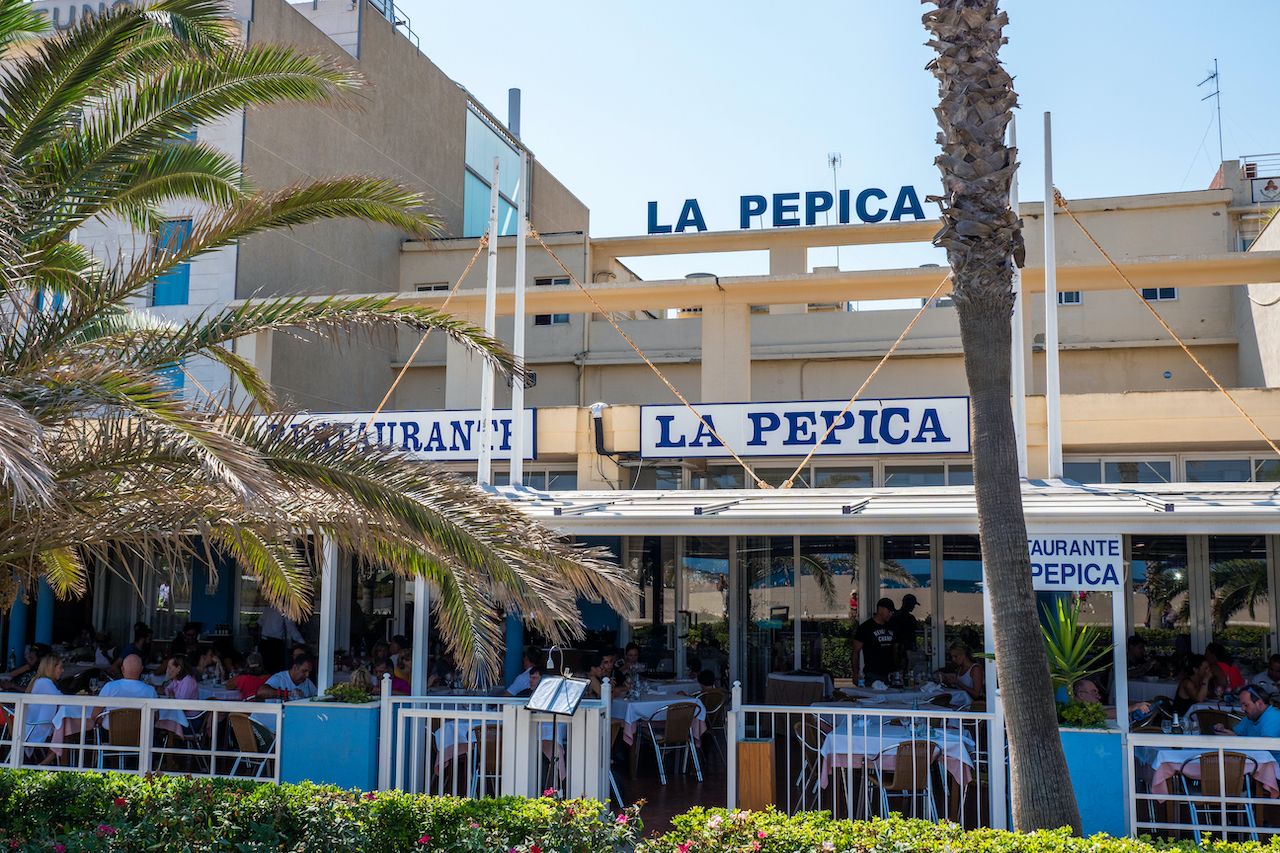 The iconic rice dish originated on the northeast coast of Spain, and it’s a regional staple to this day. You can see the vast rice fields that stretch down from Valencia to the nearby village of Mareny Blau while traveling by train. Small, family-run restaurants use this locally sourced rice to provide a truly authentic flavor.

La Pepica, one of the oldest restaurants at Malva-rosa Beach, is something of an institution. The restaurant first opened its doors in 1998 and continues to welcome local families and visitors, both domestic and international. La Pepica’s specialty is seafood paella featuring scallops, mussels, and oysters, all garnished with saffron and olive oil. You can also opt for a rabbit paella, which is the preferred choice for those who don’t particularly enjoy seafood. A rich paella is best paired with a cold glass of local white wine. To top off the meal, the restaurant gifts patrons with a memento — a small bag of La Fallera rice so you can recreate the dish at home.

Sip on a cold horchata while admiring Roman architecture 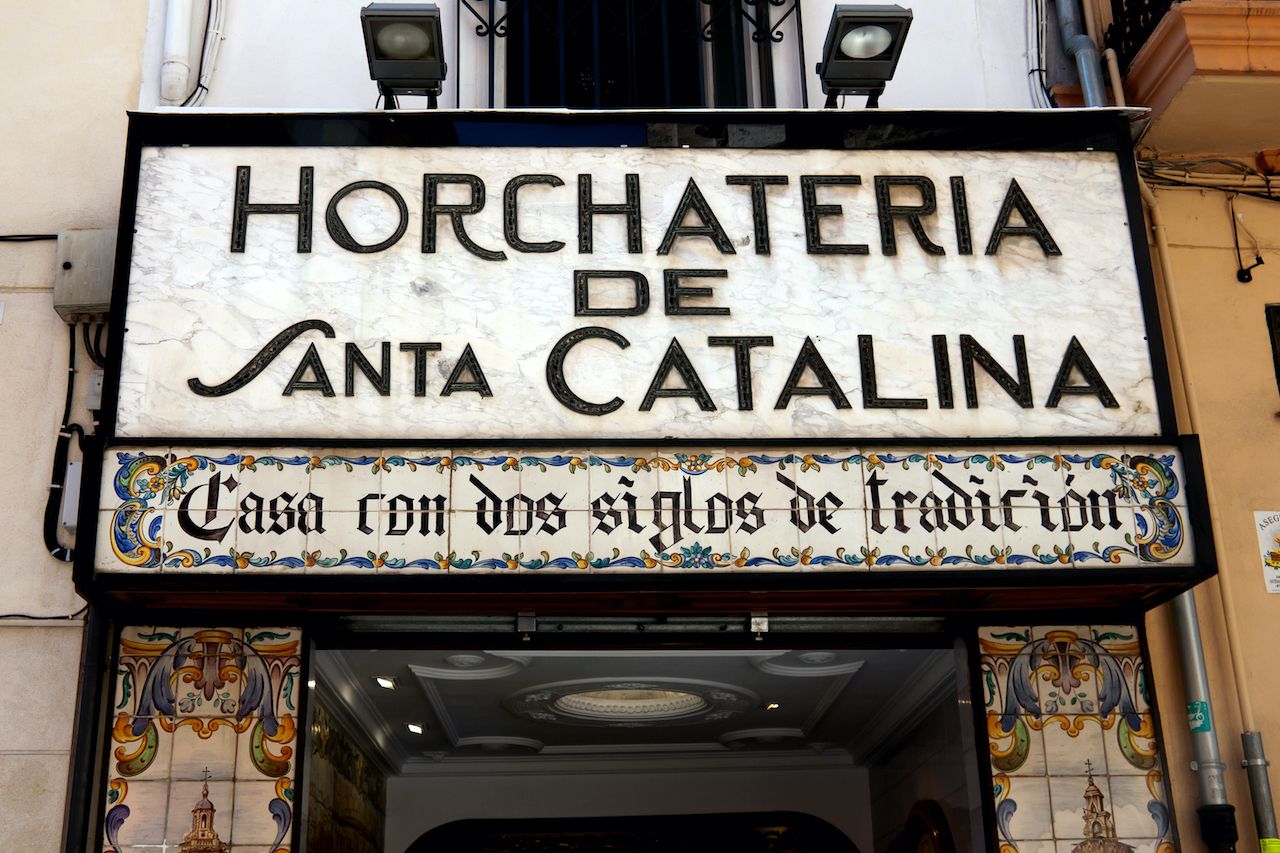 Another Valencian must-try is horchata de chufa. The milky, plant-based drink traces its European origins in Valencia as far back as the 13th century. Sweet and full-bodied, horchata is made of rice and comes in two varieties: liquid and granular, the latter of which has more texture, as the name implies. There is also tiger nut horchata, which is similar to sweetened almond milk but prepared with tiger nuts — a plant native to Southern Europe. The drink is commonly paired with a fartón, a thin pastry glazed with powdered sugar that complements the nutty horchata flavor.

Horchateria Santa Catalina is the place to have the best glass of horchata in Valencia, as the establishment upholds its century-old recipe. The original Santa Catalina shop is decorated with terracotta tiles depicting lovely Mediterranean landscapes and the interior feels charming and retro with its black and white floor mosaics. Recently, the iconic cafe opened a second location with a cozy outdoor patio just outside of the 7,000-year-old St. Mary’s Cathedral. This is arguably the best spot in town to people-watch while sipping on horchata.

Sip on a local aperitif paired with tapas 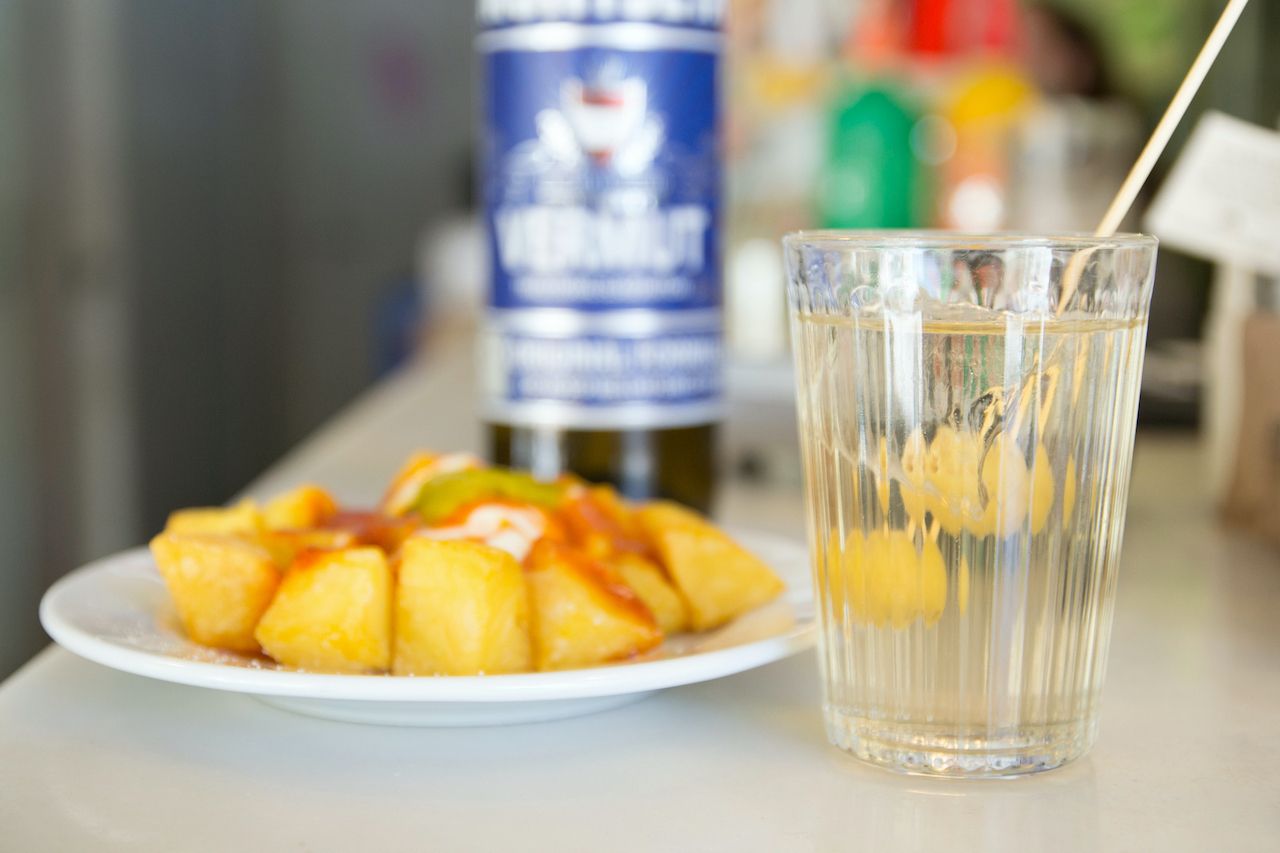 Vermouth is a wine fortified with liquor, herbs, and spices. The best way to enjoy the fruity fortified wine is on the rocks or with a sifón (a spritz of soda water) and served with a slice of orange or an olive depending on its level of bitterness.

Tucked in a small street adjacent to San Nicolás Cathedral in the old El Carmen Quarter, Oliví is the top choice for vermouth and tapas. It’s a small bar where patrons drink while standing up and chatting. Oliví serves classic Valencian-made vermouth paired with olives, patatas bravas, or jamón, all of which are the absolute best accompaniment to the drink.

If you’re hungry, follow up your vermouth with a delicious meal just next door at La Salvaora. Here, you’ll find the quintessential Mediterranean entrees alongside a selection of local wine. The restaurant’s small entrance looks like a hole in the wall but opens up into an elegant dining room. The tasting menu offers candied baby beans, lentils in curry cream, and a traditional mini-burger with two types of mustard. Alternatively you can find daily specials that include a rice dish, often garnished with cured Iberian ham, pork, or kale, followed by a pork cheek with creamy potatoes and tempura salmon with brussels sprouts. Check out the modern twist on classic meals like risotto with imported shiitake mushrooms and Tuscan kale or the braised veal cheek with coffee demi-glace and creamy celery.

La Salvaora’s wine list is also exciting and extensive, featuring reds like the local Las Aves de Paso — a blend of 60 percent bobal and 40 percent cabernet sauvignon, and whites such as the sauvignon blanc and blanc de Trilogía.

Satisfy your sweet tooth with gelato and nougat desserts 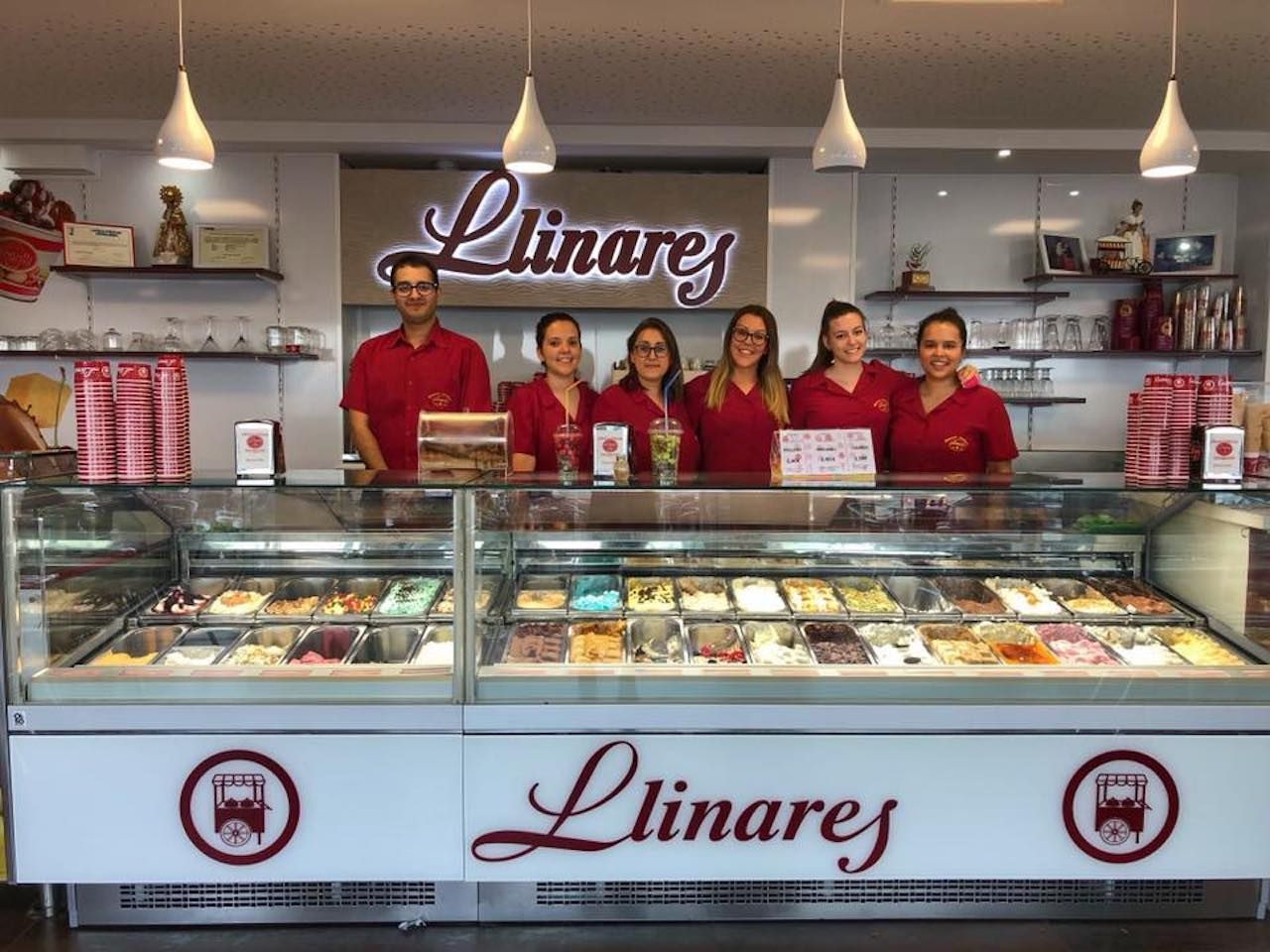 Though gelato originally comes from Italy, it’s a treat you don’t want to miss in Valencia.

Today, the best place to go for a waffle cone and a taste of the Italian ice cream is the family-run Heladeria Llinares. Established in 1930 by Sebastián Llinares Seva and his sons, Sebastián and José, the shop started out as a small, family-run enterprise and became the go-to gelateria in the city. To this day, the shop follows its secret recipe to deliver the same delicious gelato that patrons have been buying for years.

Art + ArchitectureValencia Has Some of the Richest Architecture in Spain. Here’s How To See It.
Tagged
Food + Drink
What did you think of this story?
Meh
Good
Awesome

Valencia Is the Best City in Spain To Escape Barcelona's Crowds

10 Biggest Parties Around the World