On my journey from Murmansk, Russia, to Kerman, Iran, Kalmykia’s capital city of Elista wasn’t a destination I had planned on visiting, but merely a stop that appeared convenient on the map as I tried to reach the Georgian border before my visa expired. 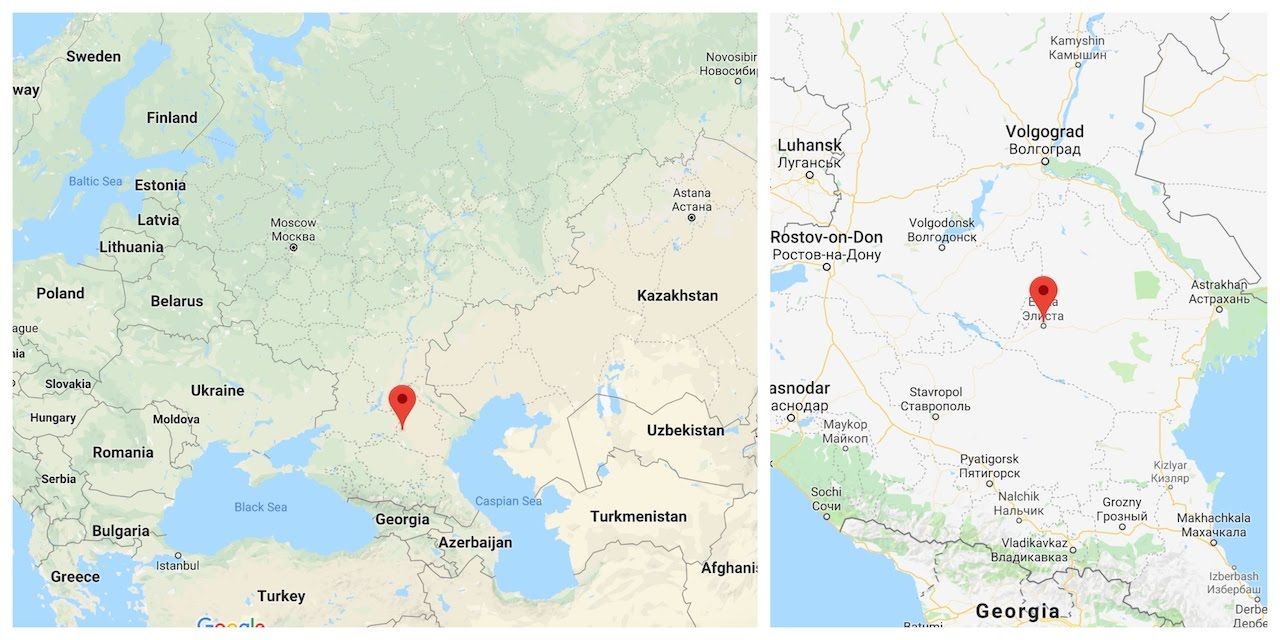 The Republic of Kalmykia is a region surrounded by barren flatlands and located between the southern provinces, where ethnic tensions have caused decades of armed conflict, the Caspian Sea, and the rest of Russia. Descendants of the Oirats, the westernmost group of nomadic Mongols, Kalmyk people traveled across the Volga River in search of pasture lands in the early part of the 17th century, ultimately settling in this region after Tsar Alexei Mikhailovich allowed the formation of an autonomous government in exchange for protection against enemies coming from the east. Kalmykia became the home to the largest Buddhist community in Europe, with about 150,000 followers considering the Dalai Lama as their leader. 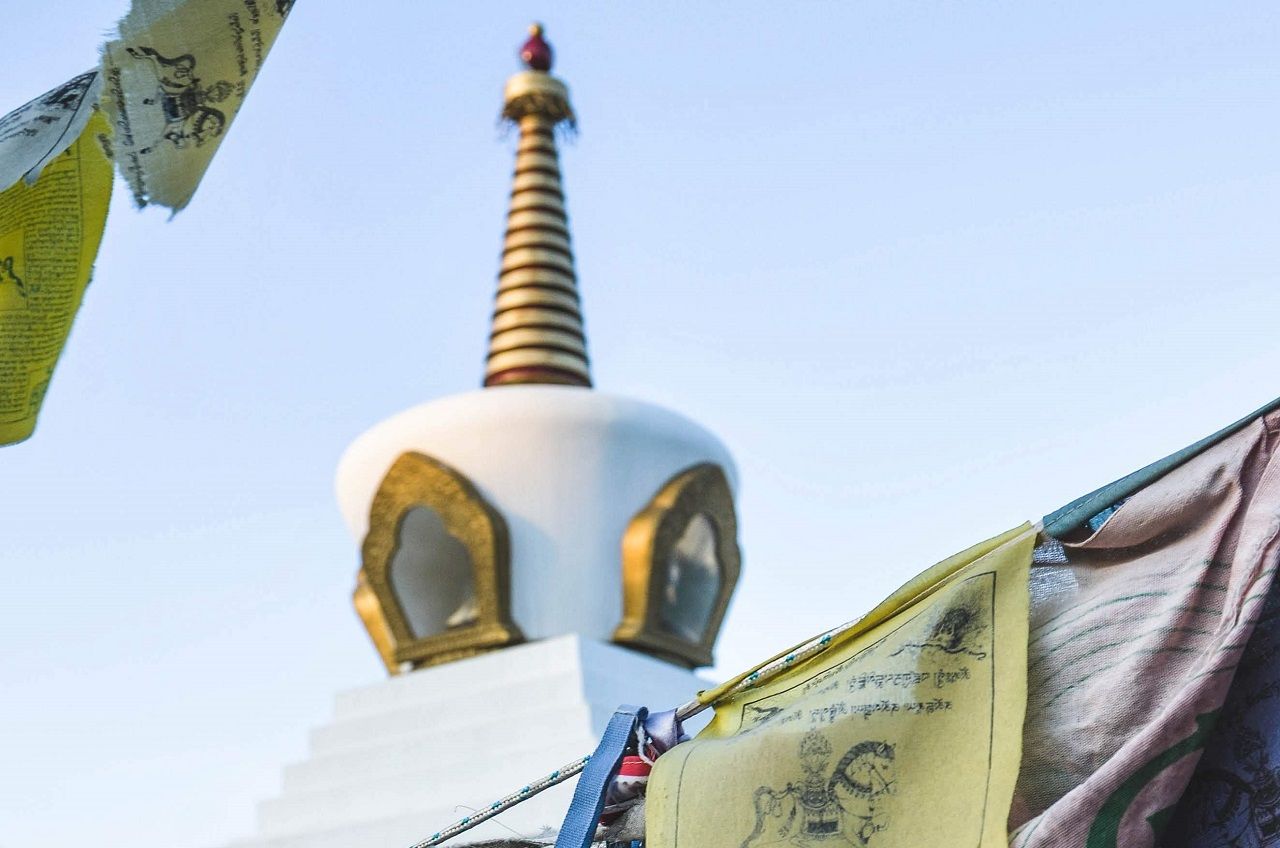 Elista, a city of white stupas, saffron-colored prayer wheels, and golden Buddha statues, is poorly connected to the rest of Russia. There are few trains that travel here and minivans come and go, leaving a cloud of dust behind. I arrived in the station north of town much later than anticipated, and found myself in a silent expanse of concrete populated only by sleepy taxi drivers parked around a very quiet kvass stall. Not much seemed to happen here, a conclusion reinforced by the fact that I was the only guest in the hotel I had booked, a yellow structure built of metal panels attached to a petrol station. While walking down one of the main roads, I found little more than empty convenience stores. At a roundabout devoid of traffic, a shrine peeked out among hundreds of prayer flags, a fading rainbow of fabric squares quivering in the wind. A larger temple emerged down the road, a mile away or so, reflecting the sun rays that had intruded from behind rain-swollen clouds. 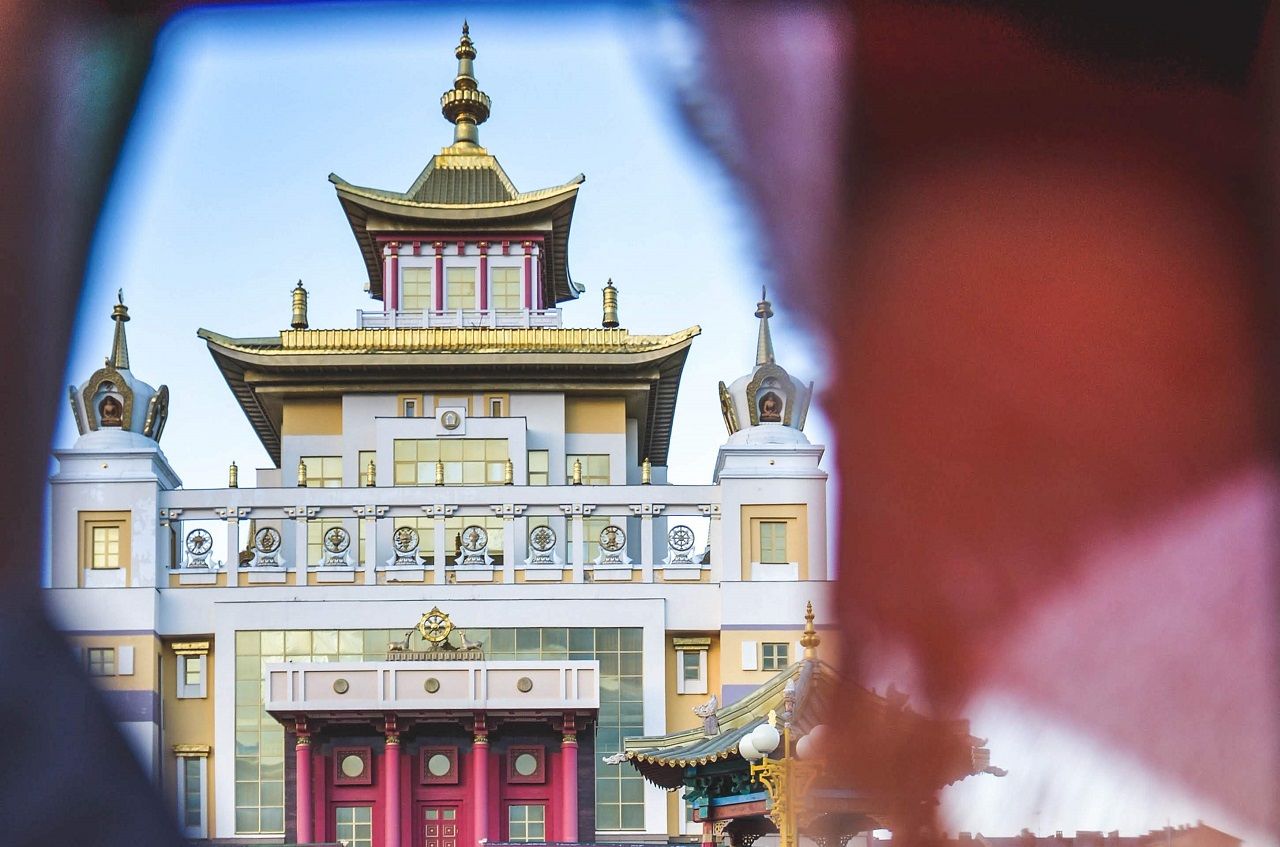 The resplendent rooftop of the Golden Abode of the Buddha Shakyamuni is visible from a distance and helps people orient themselves in the city. Elista’s centerpiece was built in 2005 where a factory once stood and opened its doors to Buddhist followers a year after receiving the blessing of the 14th Dalai Lama in 2004. 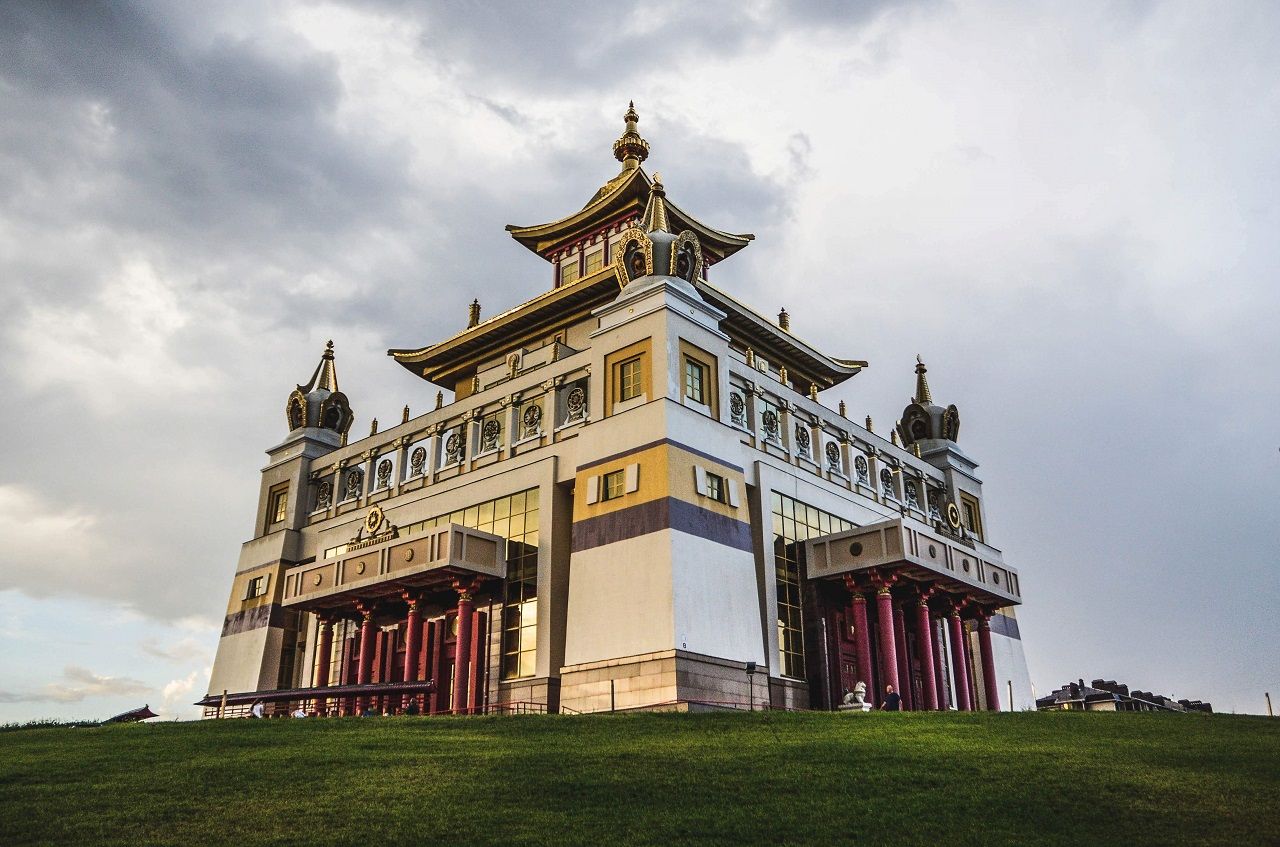 The Tibetan temple, a 207-foot tall structure, contains the largest Buddha statue in Europe. Other than being the main attraction in Elista, the Golden Abode of the Buddha Shakyamuni also represents a small victory for Kalmyk people, a group that suffered from persecution because of their beliefs. During the opening ceremony, on December 27th, 2005, President Kirsan Ilyumzhinov dedicated the temple to the victims of Soviet oppression. The date was not coincidental, as it corresponded to the beginning of Kalmyk New Year, but also to the anniversary of the 1943 Kalmyk mass deportations. 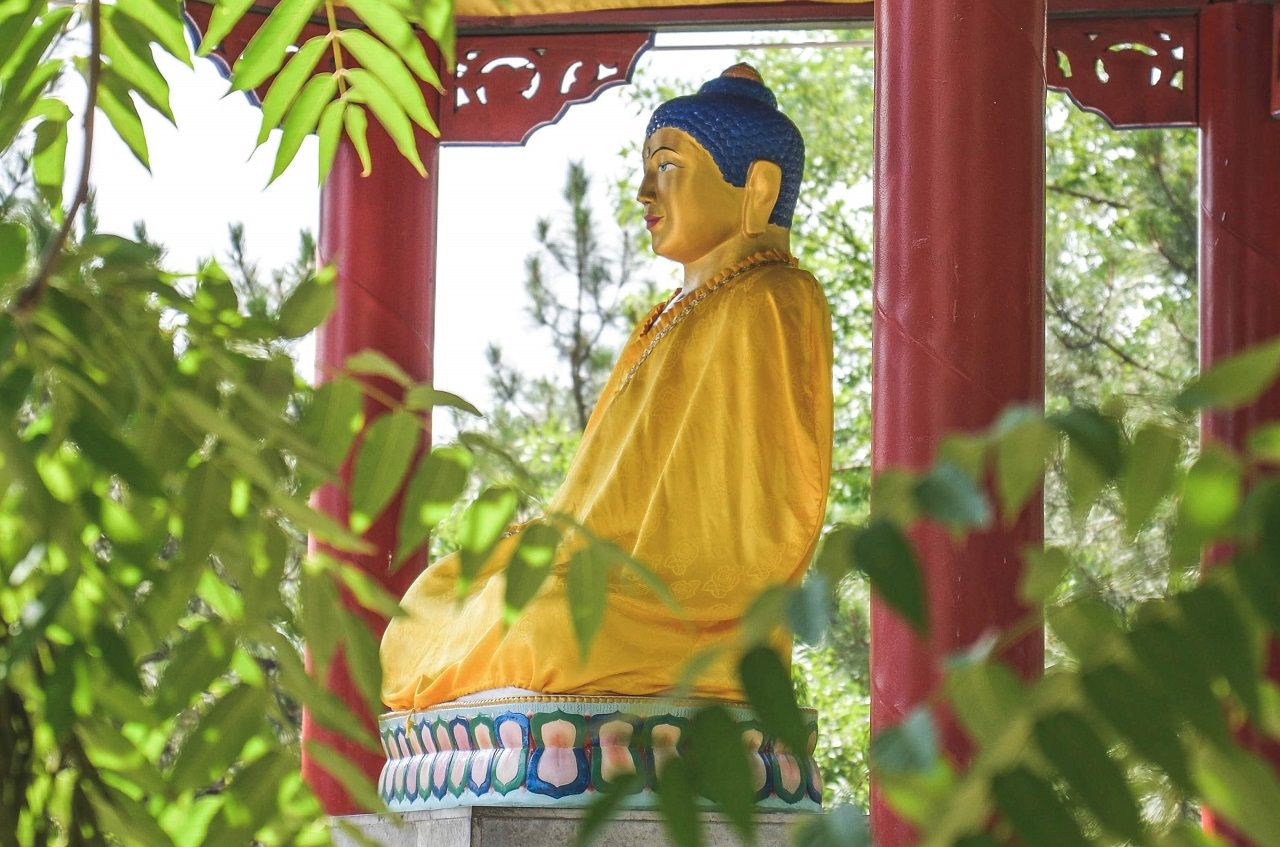 Following a decade-long, anti-religious campaign on the part of the USSR, almost 100,000 Kalmyks, as well as Russians married to Kalmyks, were deported to Siberia over the course of four days in December 1943 during “Operation Ulusy.” Despite the fact that a large number of Kalmyks were fighting in the Red Army, Stalin had accused them of helping the Nazis during the invasion of Kalmykia in 1942. Nearly a fifth of the Kalmyks deported died in labor camps. Those who survived were allowed to return to their land only 13 years later, after Khrushchev rose to power in 1955 and denounced Stalin’s actions. 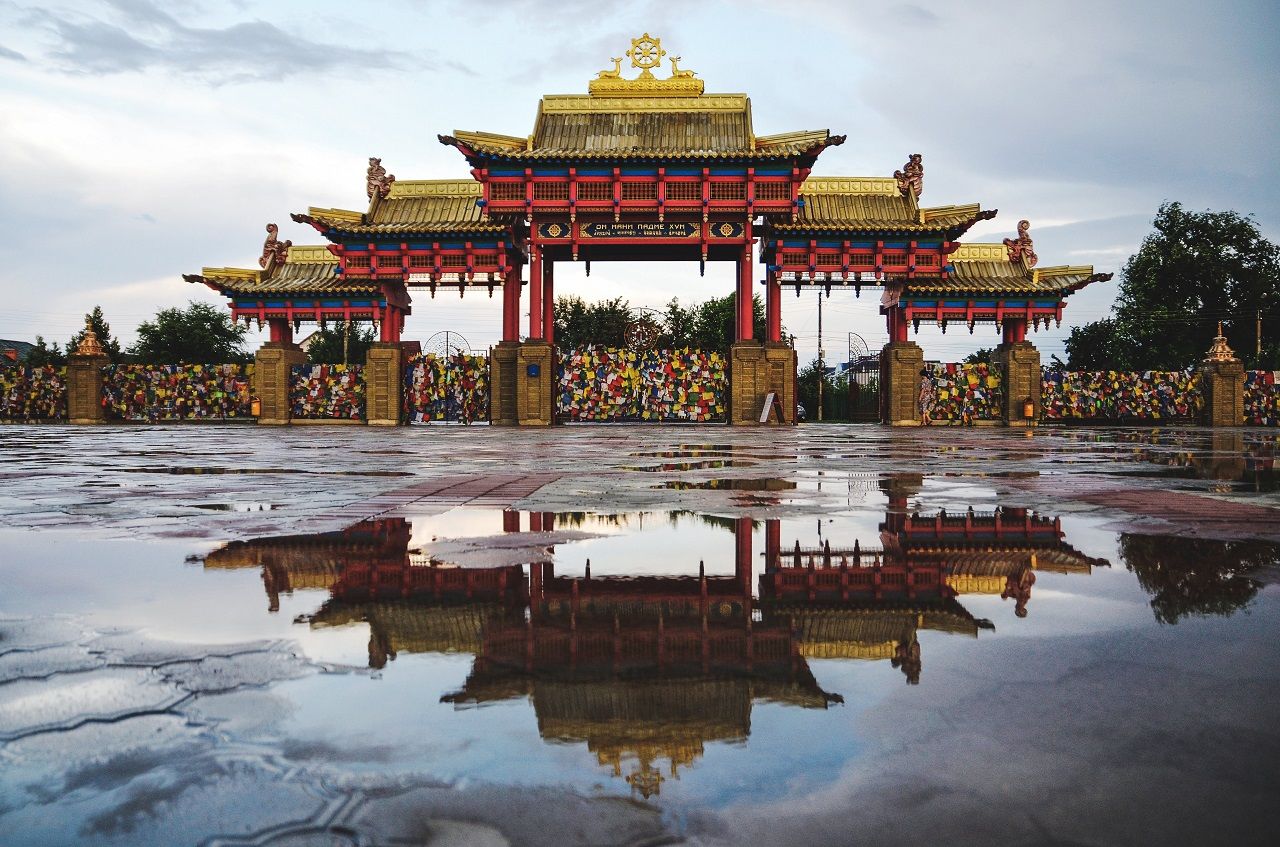 Despite its status as the largest Buddhist community in Europe, Elista’s small claim to fame is mostly due to its odd status as the world capital of chess. The Chess City building, a glass-domed, grandiose structure created to host the 33rd Olympiad and subsequent championships, was President Ilyumzhinov’s idea, a famous chess player himself, who decided to turn one of Europe’s most isolated and underdeveloped regions into a landmark for chess enthusiasts worldwide. 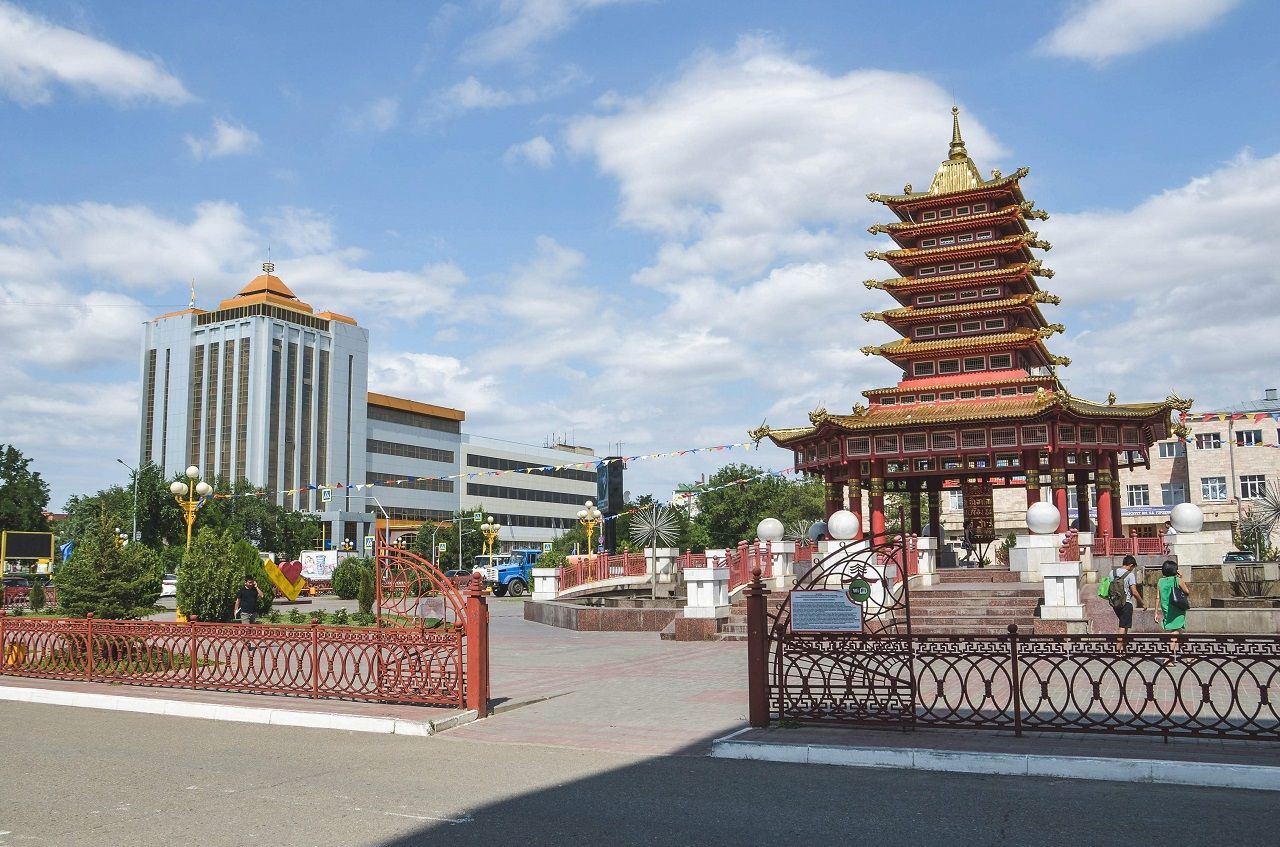 Formerly a land attractive to herdsmen for its fertility, the Kalmyk Steppe has become a region dry and extremely poor in natural resources due to intensive agricultural activity. Livestock raising, however, is still what a large amount of the population relies on to survive and the investment of millions of dollars in the president’s hobbies has not been without controversy. 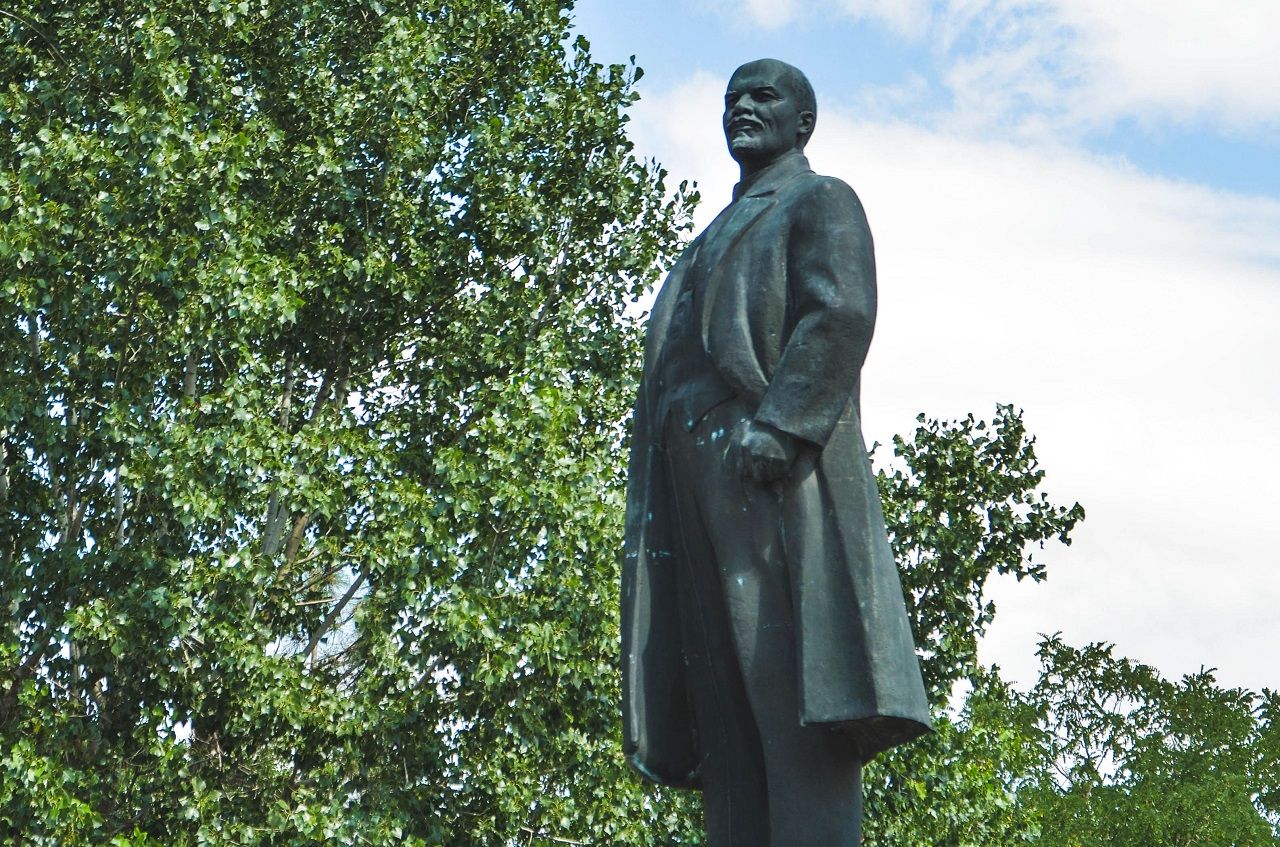 On the square that bears his name, Vladimir Lenin salutes, almost hidden behind the grand pagoda and its prayer wheel. At night, red neon lights illuminate the Buddhist structure, while the former leader almost disappears completely. The Kalmyks are slowly taking back their autonomy, although their land has little left to offer.