Chances are you’ve not only heard of cryptocurrency, you’re sick of hearing about it. Bitcoin and other, usually similar, electronic tokens and coins have made headlines around the world for the last couple of years. Some good, some bad. The same is true for blockchain, a decentralized, open ledger technology that forms the foundation of all this hype. Admittedly, the topic of cryptocurrency can get really confusing because it challenges the way that we’ve thought about and handled money our entire lives. After the bitcoin hype of recent years, it’s easy to dismiss it as a passing fad — but it’s very likely here to stay, and will only become more significant in our lives as the years go on. For global travelers, blockchain and cryptocurrency are worth paying attention to because they are already starting to change the way we travel. Here’s how.

This is a big deal. Lately, the internet has been flayed wide open by hackers. Some, like Julian Assange, develop major profiles and reputations, while others work hard to remain anonymous and mysterious. The theft of identities and personal data is rampant across every major platform, with 15.4 million people affected globally in 2016, according to financial monitor The Balance. And the stakes continue to rise as our collective economy and society depend on the internet for more and more. A report by McAfee and the Center for Strategic International Studies (CSIS) estimated the likely annual cost to the global economy from cybercrime is $445 billion a year, with a range anywhere between $375 billion and $575 billion.

Personal data is bought and sold — both legally and illegally — at an incredible pace and on a global scale. Travelers are especially susceptible to identity theft and personal data breaches since the open networks we often use at coffee shops and hotels provide hacker jackals their easiest prey. Because blockchain technology is completely decentralized, meaning it isn’t overseen or operated by any one entity or security network, it can change that. There’s no mainframe or master server where your data, identity, or financial information is stored. Without a central server or mainframe, hacking is impossible. So as long as you don’t forget your passkey (which can’t be recovered, so keep it safely stored) your cryptocurrency and personal data are safe.

There are zero commissions and as such, no misleading marketing or fraud.

Because blockchain technology isn’t managed by a company, person, or single entity, there’s no one there pushing you to spend more money or sign up for the latest marketing ploy. This is where the rubber hits the road surrounding cryptocurrency’s usefulness in a global economy, at least from the angle of the individual consumer. It’s also what frightens the hell out of giant online travel agency websites like Airbnb and Booking.com. Blockchain technology and cryptocurrency have the potential to offer secure and trusted transactions that are community governed but don’t involve any third-party middlemen.

Right now, booking sites charge anywhere between 15 percent and 30 percent in commission on every transaction. While the decentralization that the blockchain can provide is not widespread yet, the time is quickly approaching where travelers will be able to stay in hotels, personal room rentals, hostels, and couches through this decentralized, shared economy for 20-30 percent less, without any loss in profit by the renter, tour guide, or other service provider. Companies like Lock Trip are leading the way, combining blockchain and cryptocurrency to take commissions out of the equation.

It should bring cheap flights to consumers. 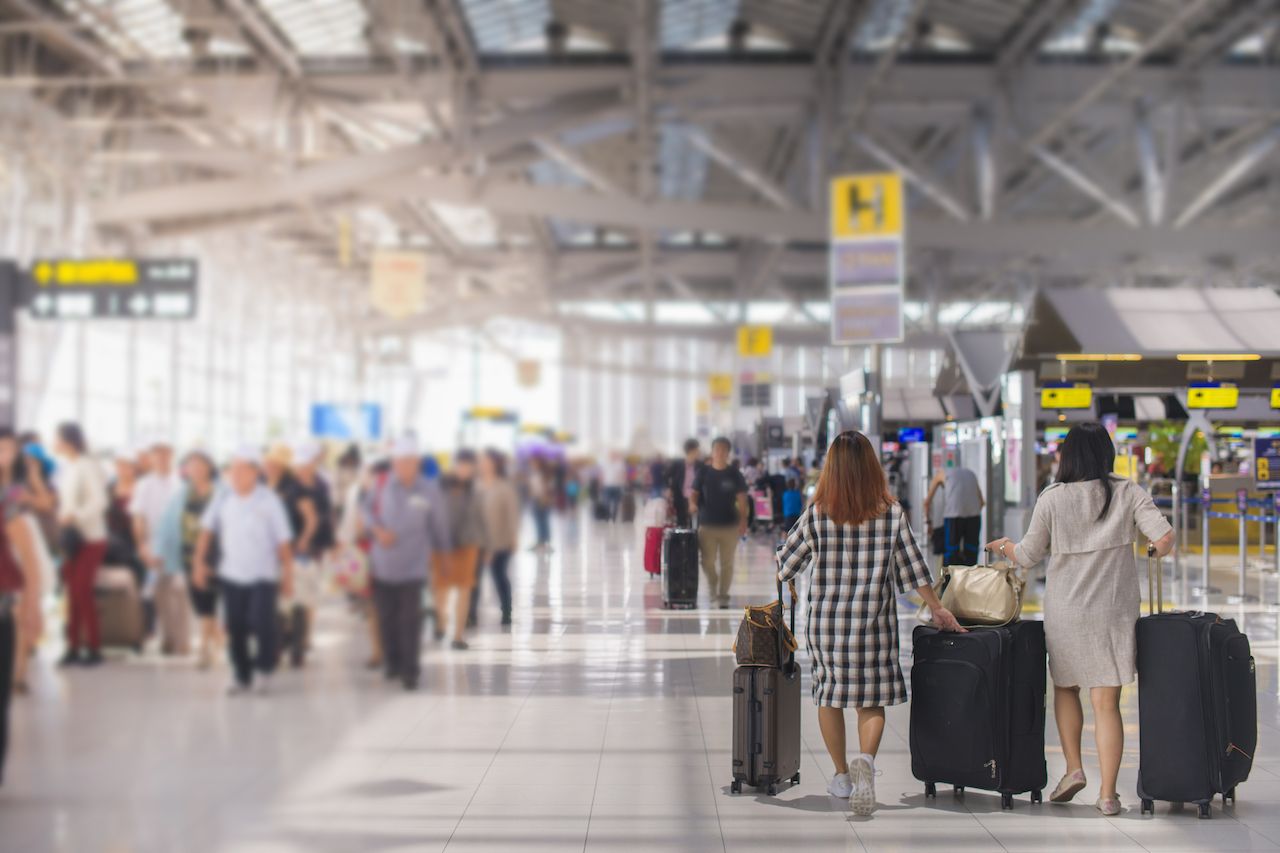 One of the first mainstream businesses to accept cryptocurrency was Expedia, who started accepting Bitcoin in June of 2014. While Expedia stopped accepting Bitcoin last year, CheapAir has sold over 5 million flights and counting using Bitcoin, and recently published a roundup of the top cryptocurrency destinations and conferences to entice consumers. The current volatility of cryptocurrency makes this business a live-by-the-sword, die-by-the-sword undertaking right now, but as the technology continues to become widespread and accepted by the general public, the trend suggests that more people will use cryptocurrency to book flights. Again, the lack of commission or fees in a Blockchain environment should mean that buyers will see lower airfare prices.

Cash is not necessary.

Cash is becoming less common in businesses around the globe both big and small. While electronically charged debits can make accounting easier, many small businesses still prefer customers to pay with cash so as to avoid the fee charged by credit card companies on each swipe. Cryptocurrency is poised to fill the void, eliminating credit card fees while actually make the accounting even easier on the business end because each transaction is recorded in the ledger.

This also helps travelers venturing across international borders. Instead of exchanging dollars, euros, pounds, quetzals, soles, and other local currencies via credit and debit cards, which more often than not charge a fee to make the conversion, or paying exaggerated exchange rates in the country, cryptocurrency can be traded, fee-free, between anyone in the world. 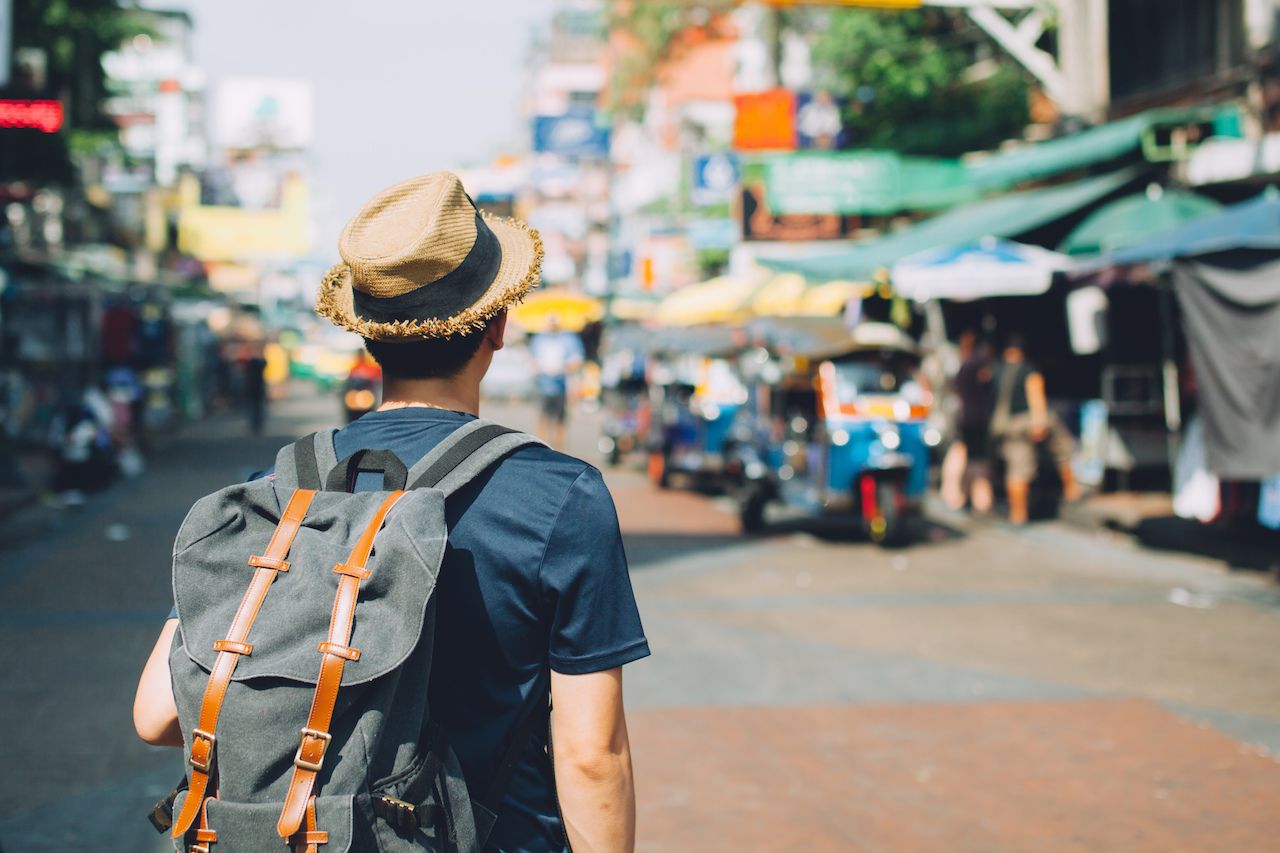 All of the above succeed in taking power away from giant corporations, middlemen, banks, and governments while giving that power back to the individual and small business owner. That is the essence of decentralization and thus, blockchain and cryptocurrency. At the end of the day, currency, whether it’s US dollars, Bitcoin, or anything else, relies on a mutually agreed upon, perceived value being placed upon it by those who use it. In other words, us. The people who benefit the most from a global currency not tethered to any government or regulated by any bank are the people themselves.

Cryptocurrencies represent a form of decentralized money, but that’s just the beginning of what blockchain technology can do. Think about the mobile apps you use on a daily basis. These apps capture our personal data, accept our money, and offer countless goods and services. Every single one of them is vulnerable to hacking. When this happens and the data of millions of users hits the open market, it doesn’t matter how many privacy notices they sent you or restrictions you placed on that data.

Now imagine all of those apps existing independently in a secure, decentralized network built using blockchain. The user experience remains essentially the same across the board, but becomes much more secure and doesn’t fill the pockets of tech companies like Facebook, Google, and Amazon. Instead, it directly rewards independent consumers, providers, sellers, and content producers for their participation. While this is still far from daily reality, forward-thinking decentralized networks like Tron, with its recent purchase of BitTorrent, are already investing heavily in the development of what has come to be known as dapps, pronounced de-apps. Progress is happening and within the next five years, blockchain and cryptocurrency are poised to make a major impact on the way you travel.