Wellingtonians know their small city is special. The New Zealand capital keeps earning awards for its cool city status, including being named the most liveable city in the world by Deutsche Bank two years running. Wellington has all the creative energy of a full-on a capital city — but it’s small enough to explore on foot. The wind is notorious, but on a good day, the city bubbles with energy as everyone flocks to the waterfront. You can’t beat Wellington on a good day, and it’s pretty epic every other day as well. Here is why you need to make your way to Wellington as soon as possible.

Like coffee? Wellington has a roast culture to die for. 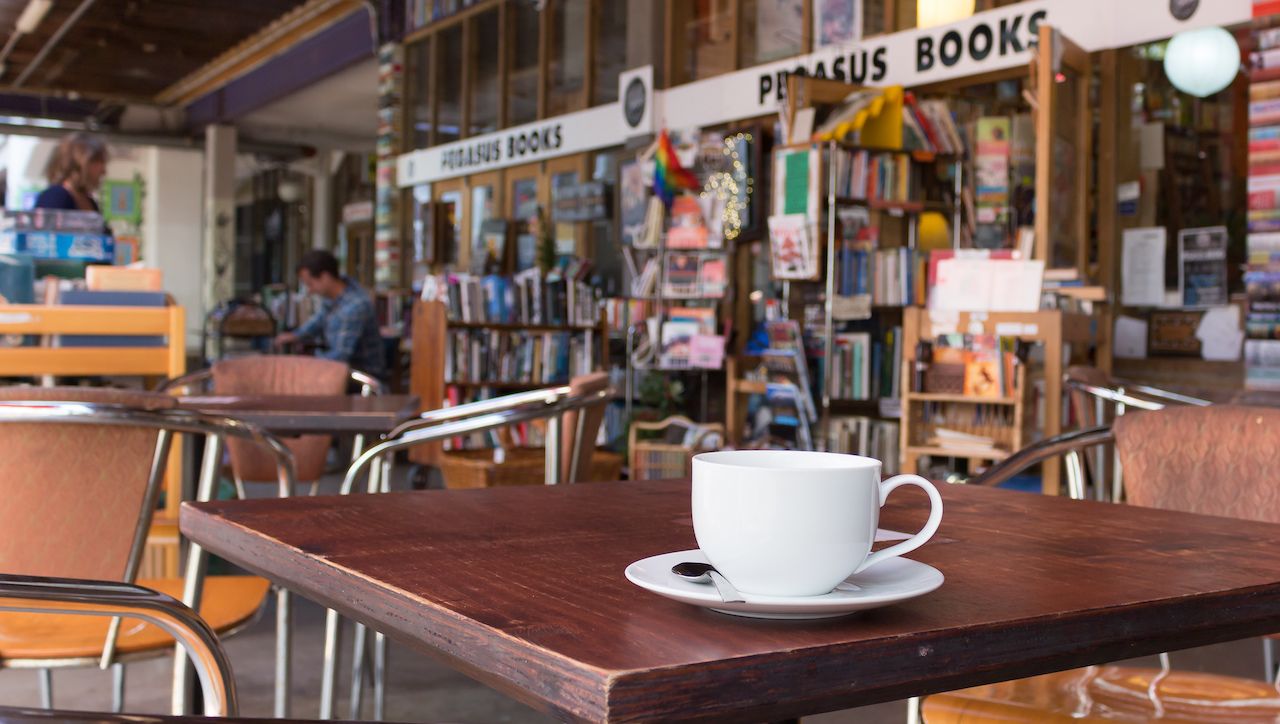 Think Melbourne but cheaper and less pretentious. If you’re a coffee aficionado, you’ll be delighted with the brews on offer in the city. With around 15 roasters in the city — more per capita than anywhere in the world — you’re certainly going to find the perfect latte. If it’s not so much the coffee culture you’re interested in but a sheer variety of watering holes, Wellingtonians had a new bar, cafe, or restaurant to sample almost every week in 2017.

Fancy a stronger drop? Wellington has its own craft beer trail. 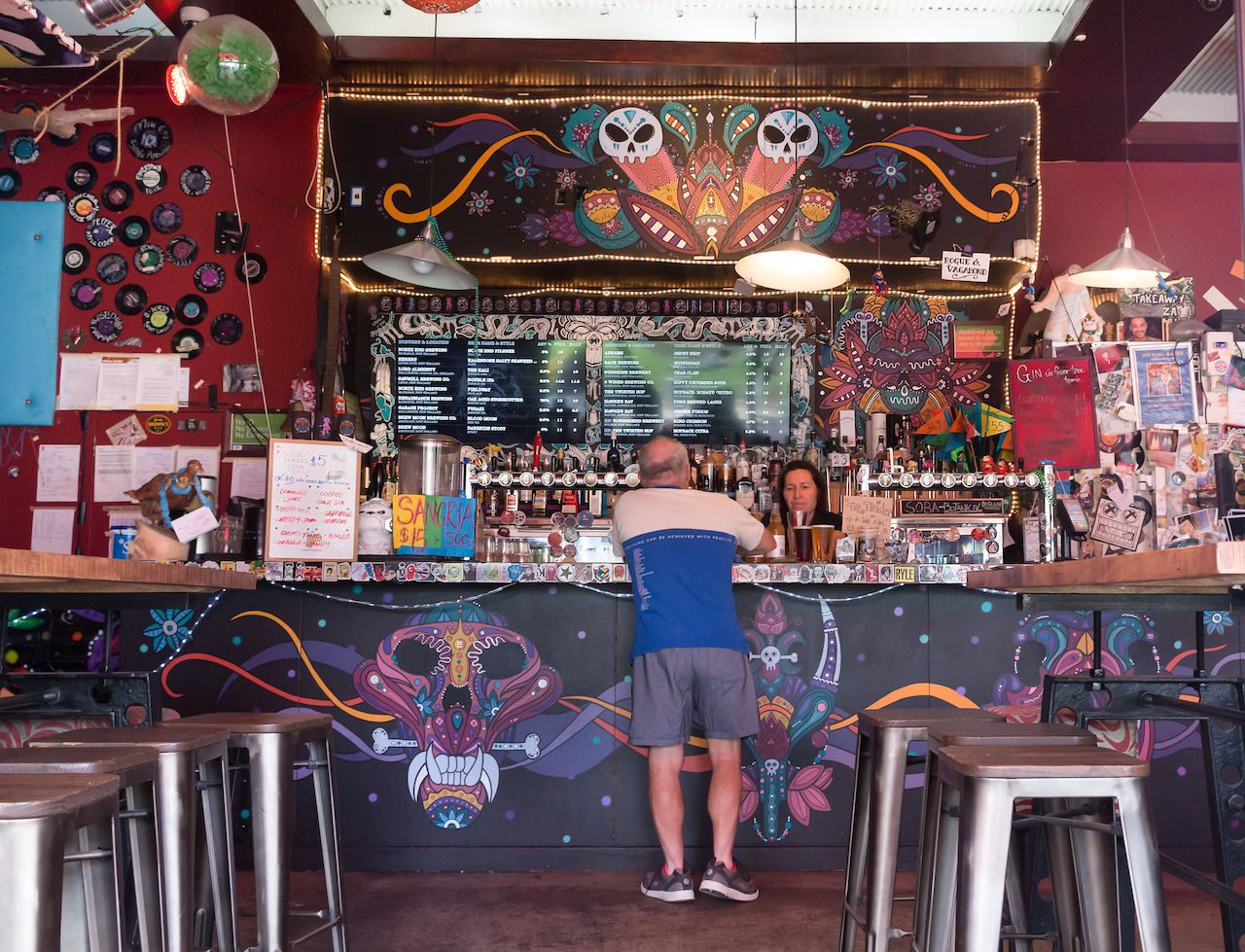 The craft beer industry has really taken off in Wellington. Hosting nine breweries and eight brewery-bars, the Wellington craft beer capital trail is the way to get the most of what the city has on offer. Whether you’re looking for a gastropub experience or something a bit more purist, it offers a huge selection of styles and varieties for hopheads of all types.

That “Wellington on a good day” stuff is no joke. 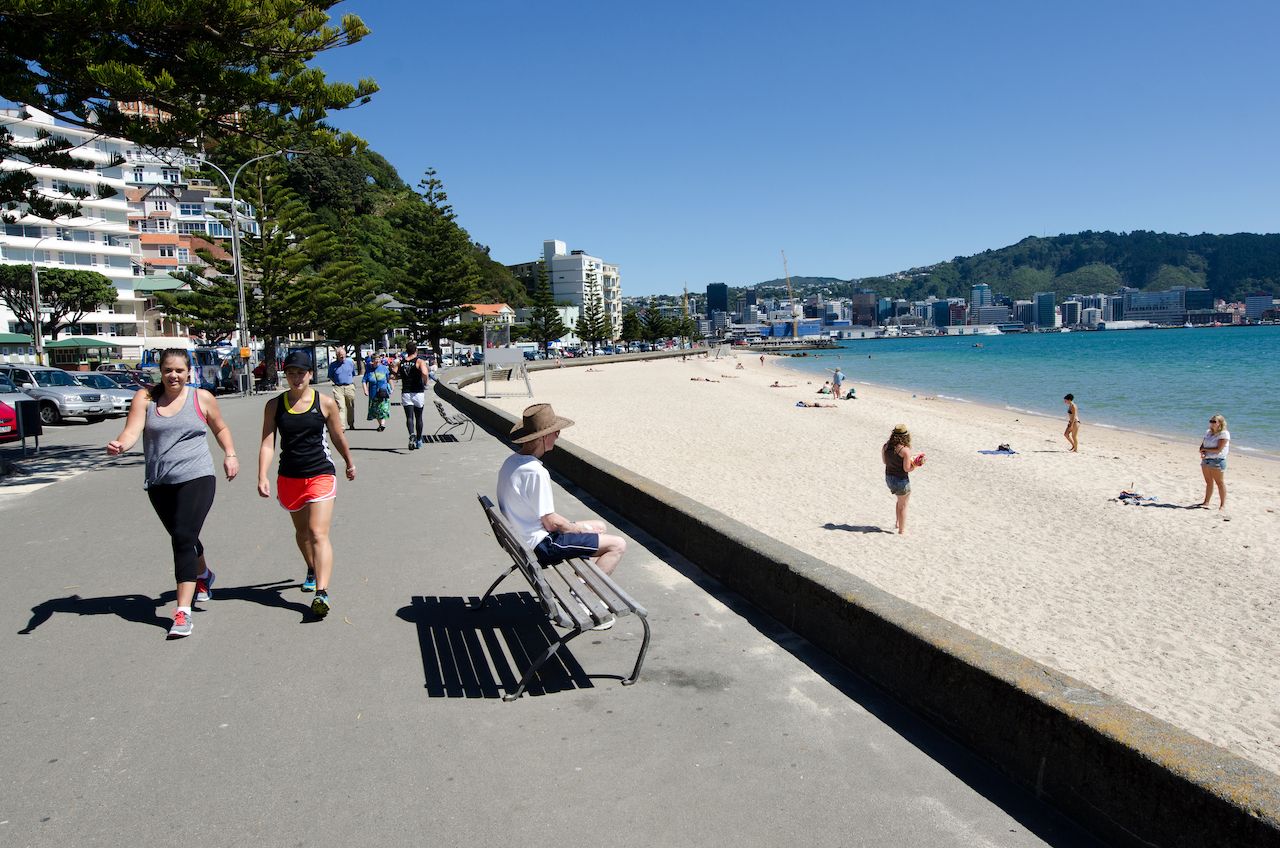 Seriously, you’ll find most of the city on the waterfront on a good day. Whether you’re walking, sailing, roller-blading, sunbathing, or just admiring the sites, Wellington is a gorgeous place to be. A summer day here brings everyone out of the woodwork, and you’ll find the city at its liveliest during the summer months.

And if the weather gods aren’t on your side, Wellington has a massive range of museums to cater to all tastes. Te Papa Tongarewa, the national museum, contains many of New Zealand’s historical treasures, and its main exhibitions are free to visit. The Wellington Museum focuses on the city’s history, and there are art galleries galore. At the renowned Space Place, sit under an impressive planetarium show before looking out into the abyss through the massive Thomas Cooke Telescope, open Tuesday, Friday, and Saturday when weather permits.

If you fancy picking up some wares from New Zealand designers, Wellington offers a massive range of locally made goods and hosts shops from designers such as Kate Sylvester, Karen Walker, WORLD, and twenty-seven names. Wellington is also home to New Zealand’s only David Jones on Lambton Quay, featuring a massive range of high-end designer clothing.

You can go behind the scenes of your favorite movies. 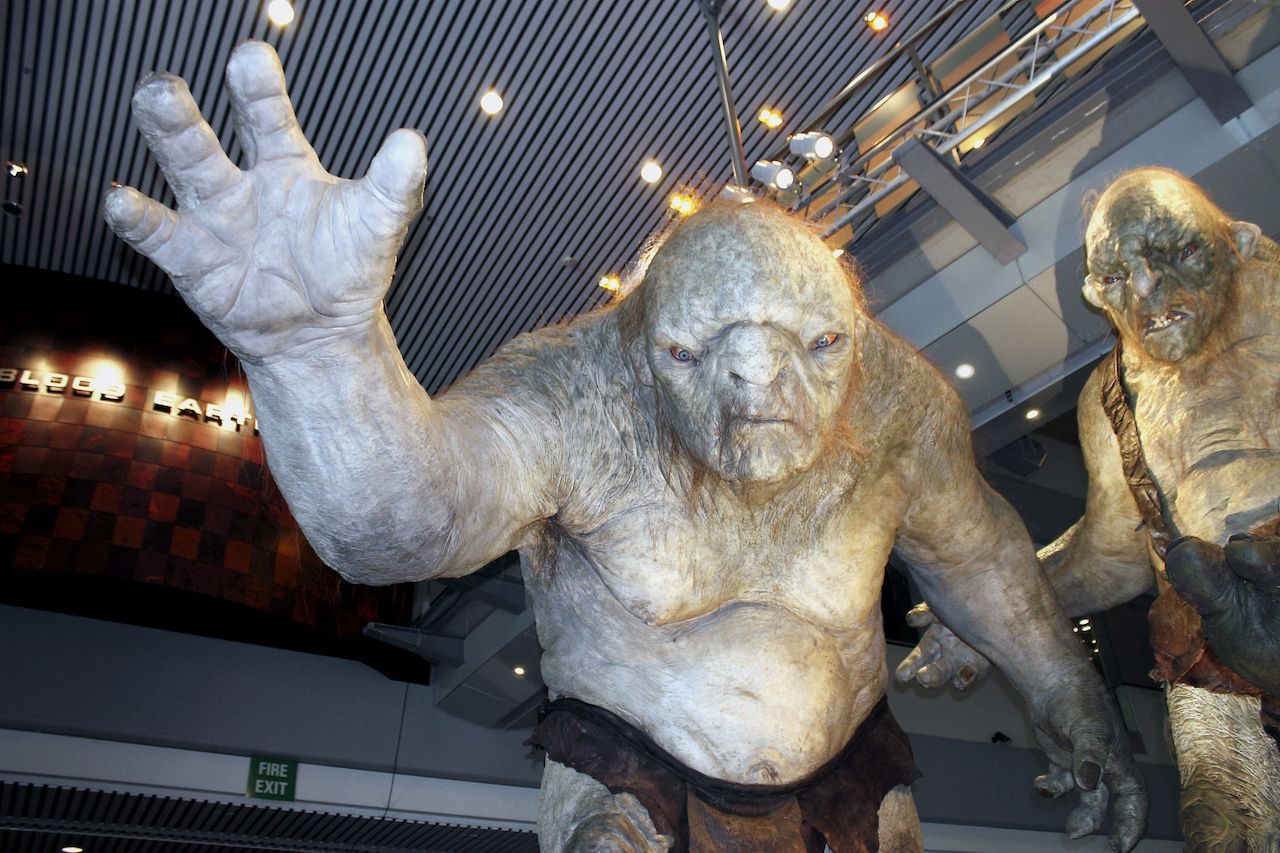 Another option is to take a quick bus to the suburbs to explore the filmmaking epicenter known as Weta Cave, where you will learn more about Peter Jackson’s Weta Workshops and explore many of the most famous films made in New Zealand. In this mini-museum, you come face to face with some of the characters, props, and displays from some of your favorite movies. The facility is free to visit, though if you really want to make the most of your experience, add on a tour (for an additional cost) to learn more about the magic behind your favorite sci-fi and fantasy movies.

Wellington is a foodie’s dream. 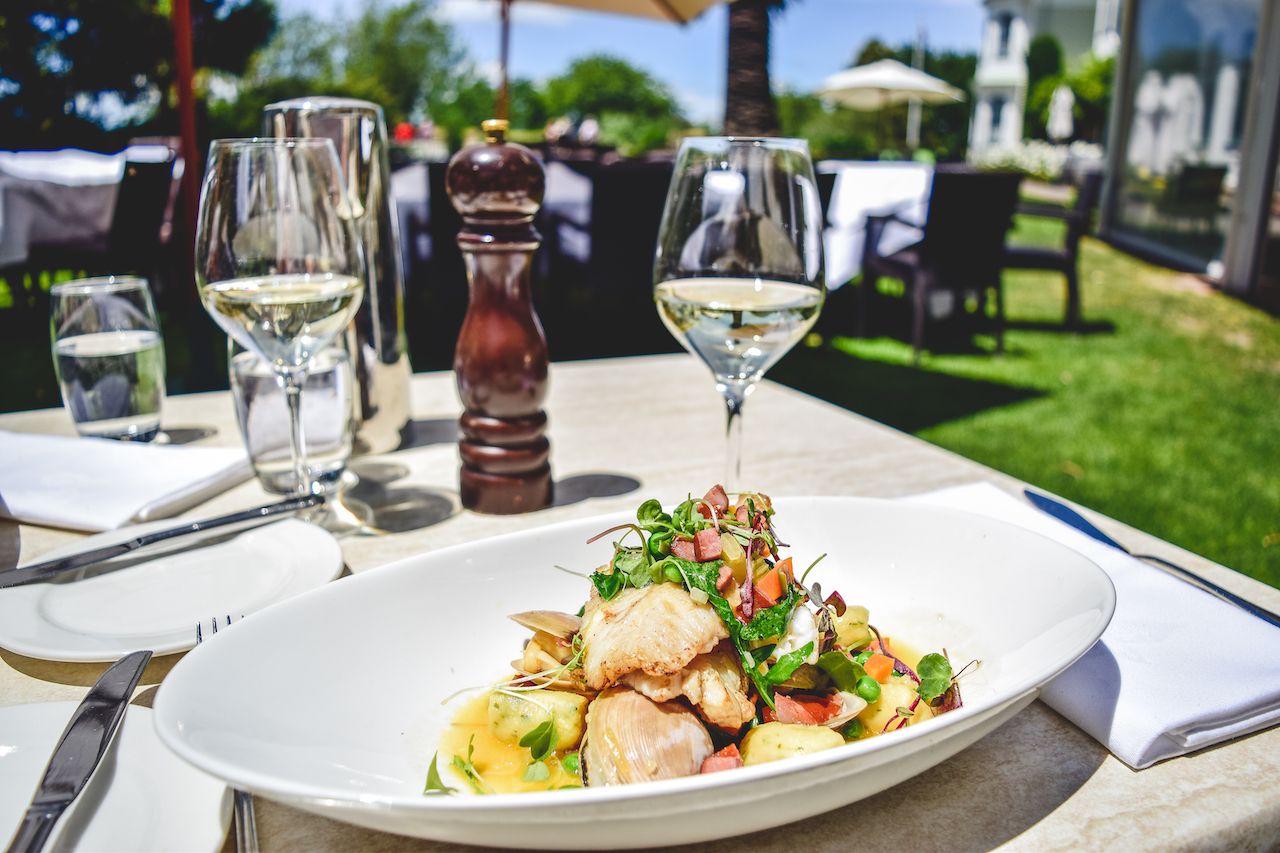 It doesn’t matter where you turn in Wellington — good food isn’t far away. Because of the country’s isolated location, food in New Zealand is famously seasonal and locally sourced. Much of the seafood and meats you’ll see on restaurant menus come from the islands or just offshore. Wellington is one of the best cities in the world for cheap date eats as well, and there is a massive variety of food for all palettes. Tasty treats aren’t confined to the central city, either. The suburbs include an amazing array of eateries including the famous Maranui Cafe. If it’s good enough for the Duke and Duchess of Sussex, it’s good enough for us. No matter where you dine, top off the meal with a delicious pavlova, a traditional New Zealand dessert.

You can get back to nature just minutes from the city. 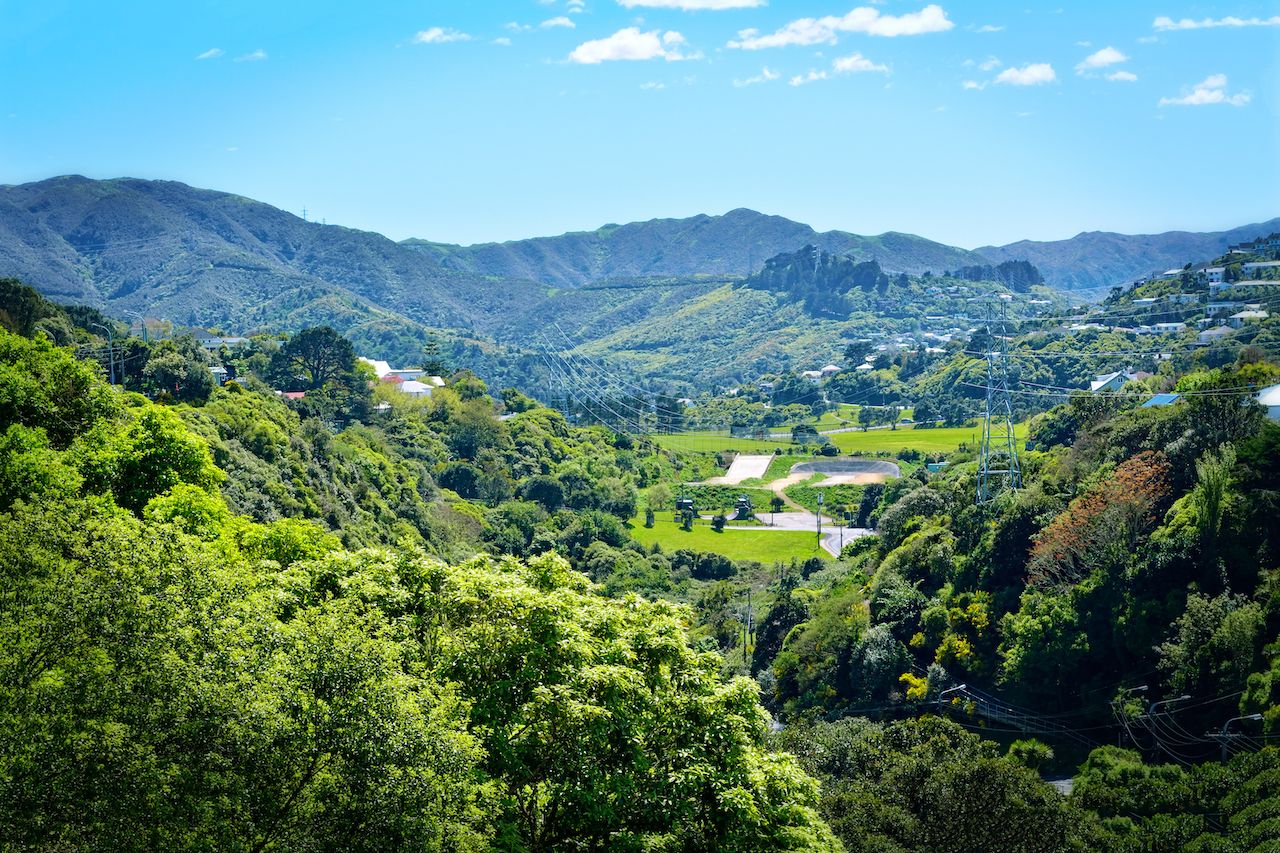 When you’re ready to explore New Zealand’s natural wonders, just walk five minutes from Courtney Place — the home of city nightlife — and you can climb the trails at Mount Victoria. Head towards Karori to explore Zealandia, a native bird sanctuary that also hosts Tuatara, a unique New Zealand reptile, and is protected by a predator-proof fence. Or, catch a quick ferry over to Somes Island and view the city from a different angle.

Because of its location in the center of New Zealand, Wellington is a perfect spot to base yourself. Take a quick ferry ride over to Picton for a whole new world of exploration: the South Island. You can visit the wineries of the Wairarapa or the beaches of the Kapiti Coast. Take a day trip to Paekakariki to climb the Escarpment Track, or you can even take a bus to visit the seals around Red Rocks. There so much to discover within just a few hours that.you’ll never run out of options.

Top 10 Places To Study in New Zealand and Australia