When Saratoga County, New York, is sitting at 36°F, Florida’s Sarasota County is a “chilly” 74°F. Phrases like “thundersnow,” and “gotta step out to defrost my car” — we don’t know what any of that means. In our part of the world, winter equals hunting for shark teeth in the Gulf of Mexico. It means paddling the alabaster shores of Siesta Key, then refueling on cold craft beer, farmers market goodies, and fresh seafood (award-winning lionfish, anyone?).

This is 35 miles of beaches, historic golf courses, and boutique shopping with an ever-present light Gulf breeze. Ditch the parkas and boots, stock up on shorts and swimsuits, and get thee to Sarasota — where we do winter like no place else. Here’s how. 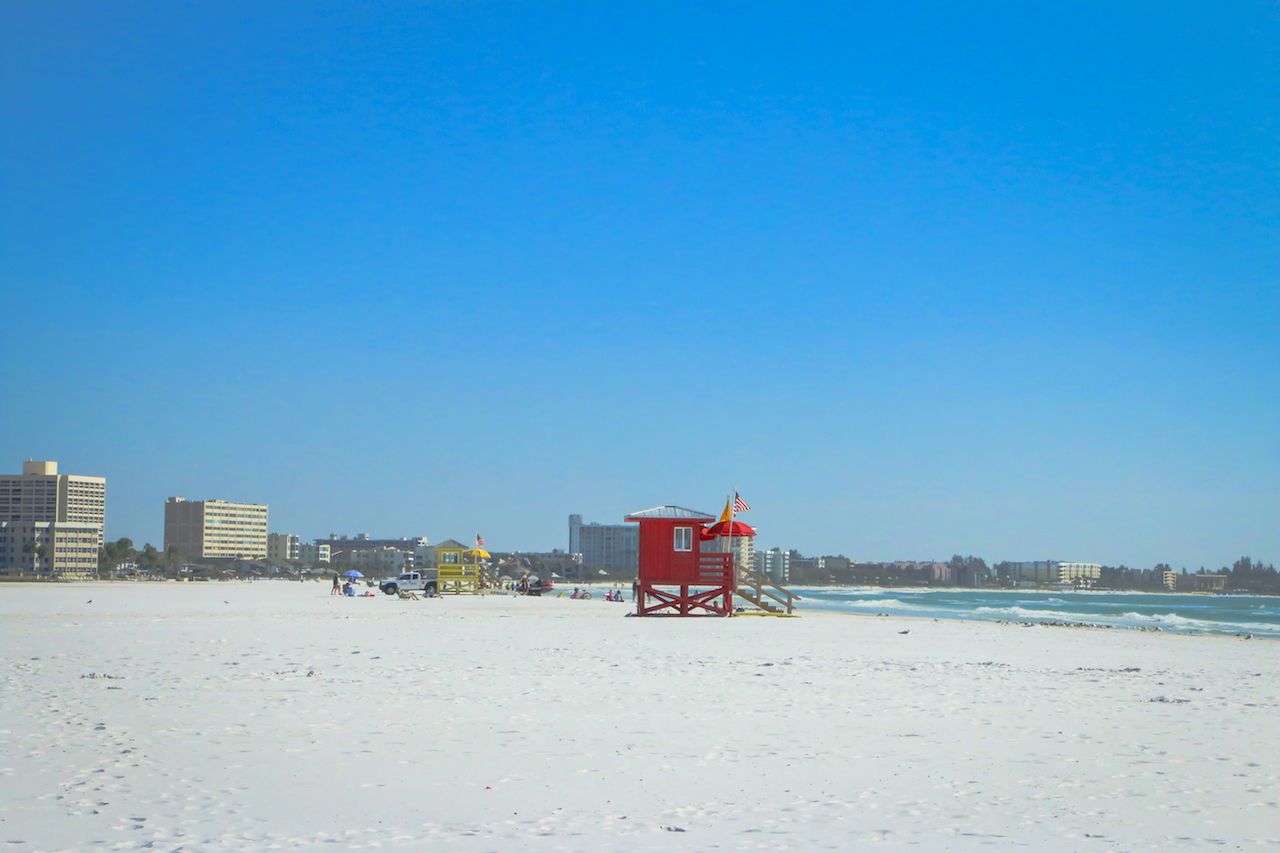 First things first: Get to the coast. In Sarasota County — the mainland of which is bordered by six islands — gentle waves lap the sand just about everywhere, but each spot is totally different from the next. Here’s the rundown:

Visualize it: Your beach choice sorted, you grab a towel and hunker down. You have a margarita in one hand and a melty ice cream cone in the other. Whichever one you finish first, you’ll use that hand to bust out your phone and check the weather back home. Gloating social media post optional. 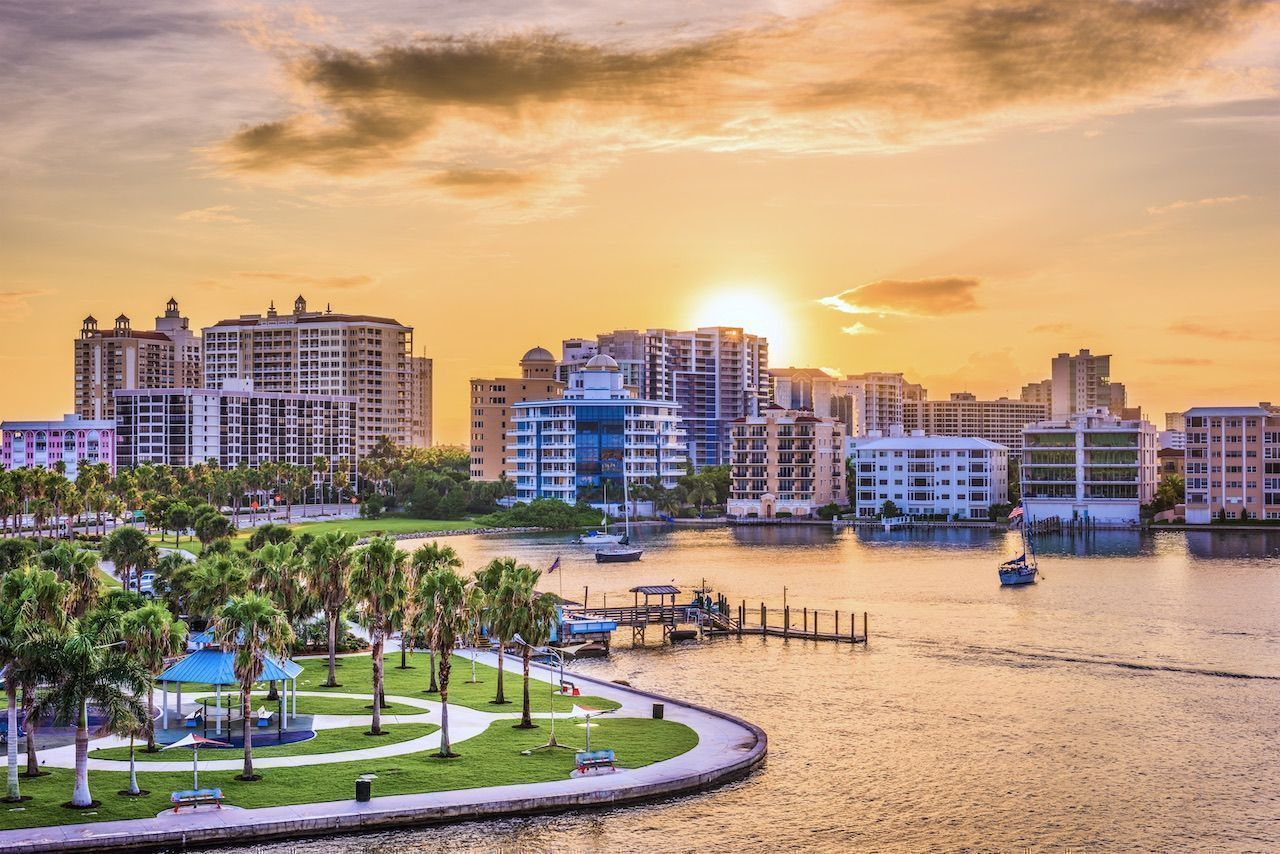 It happens every time: Someone in the group doesn’t abide by good SPF rules, turns into a lobster, and everyone has to break for the indoors. This is Florida’s Cultural Coast, though, so indoor time is allowed.

The Ringling, the State Art Museum of Florida, is a magnificent place to start. The absolutely sprawling campus showcases more than 28,000 works of art — including one of the world’s preeminent collections of Baroque art (didn’t see that coming, did you?), paintings from Rubens-level masters, and modern and contemporary pieces, too.

The onsite circus museum (surely this is the only place in the world to combine “Baroque” and “circus”?) is your connection to John and Mable Ringling’s once-vast Ringling Bros empire. Guided tours are included with admission. Whatever scale you’re thinking, think bigger — Ringling even had his own train car to travel around the country (yep, it’s right here). You can also tour Ca’ d’Zan, the Ringlings’ personal home, a five-story, 41-room, Mediterranean-style estate right on the water that pretty much screams themed Great Gatsby parties.

Slightly smaller in scale are the two Clyde Butcher galleries in Venice and St. Armands Circle. Known as the “Ansel Adams of the Everglades,” Butcher has spent his life capturing Florida’s endless natural beauty in stunning, large-format black and white photos. His work captivates, but the true focus is on conserving our state’s fragile ecosystems.

Next, make a short detour to the town of Englewood, a throw-back to the classic Old Florida lifestyle. It’s got tons of opportunities for antique shopping, plenty of cozy restaurants, and the aforementioned Manasota Key that stretches for miles along the Gulf of Mexico. If you can time it right, hit up the Englewood Farmer’s Market, every Thursday from 9am to 2pm. It sees 6,000 visitors every day, and that’s for a reason.

Finally, in downtown Sarasota, take a stroll through Towles Court, an Old Florida escape of narrow brick streets lined with colorful homes. The area became a live-work haven for artists in the 1990s and has evolved into a unique collection of galleries, boutiques, and cafés. The otherwise-quiet neighborhood springs to life during its art walks, held on the third Friday of the month, when musicians take to the streets and studios fling open their doors offering bites and bubbles to complement their crafts. Yep, all year long. 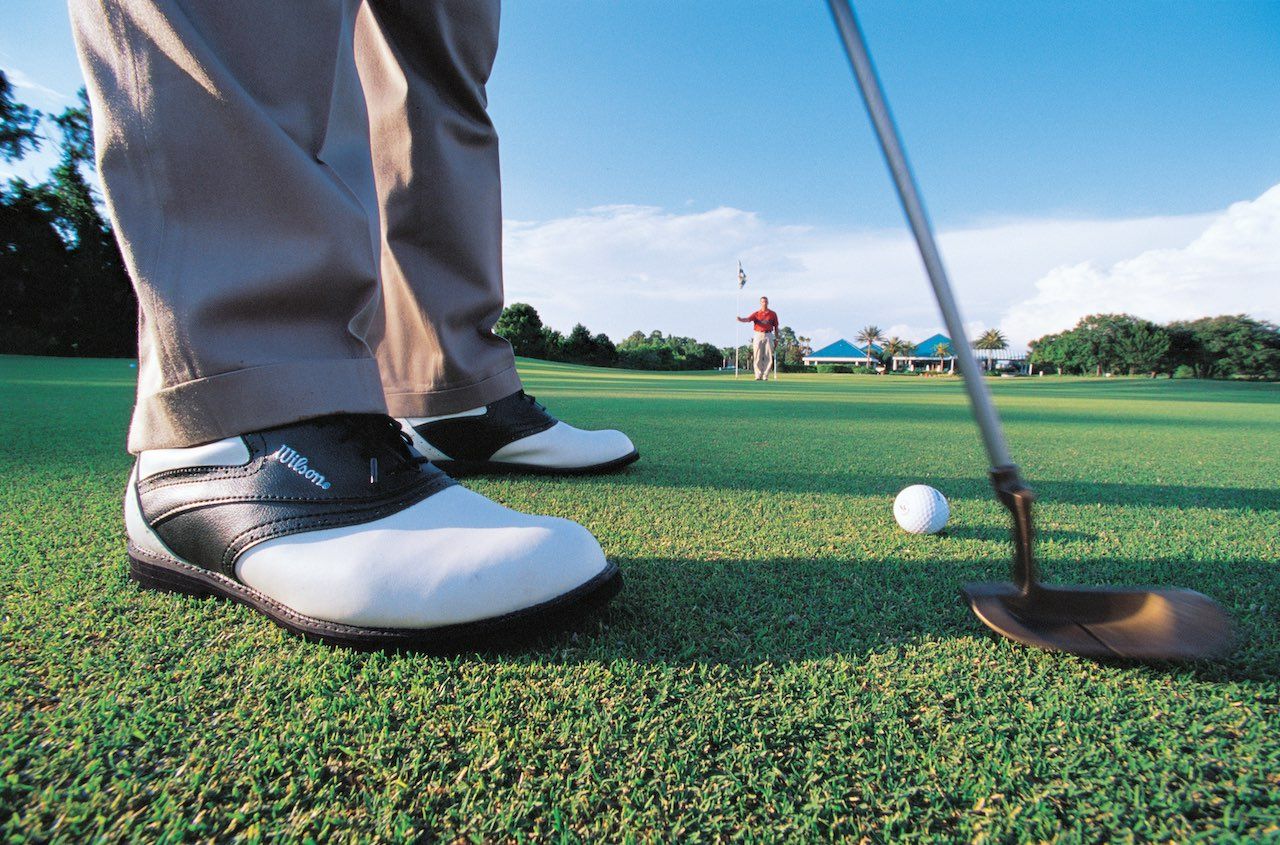 In the 1880s, a Scotsman by the name of John Hamilton Gillespie arrived in Sarasota (he probably didn’t come for the art walks), and the area’s future forever changed. In less than a year, Gillespie had set up a couple golf holes near what is now Sarasota’s downtown Main Street — some argue this was the first golf course in Florida, if not the country. Either way, it established a long and glorious history for golfers who don’t like taking winters off.

Sara Bay Country Club, formerly known as Whitfield Estates, came online in 1926. Designed by famed golf architect Donald Ross, the private and exclusive course has another claim to greatness: The legendary Bobby Jones once served as assistant sales manager for the property. (The next year, Jones opened his own.)

Step 4: Try all the flavors. 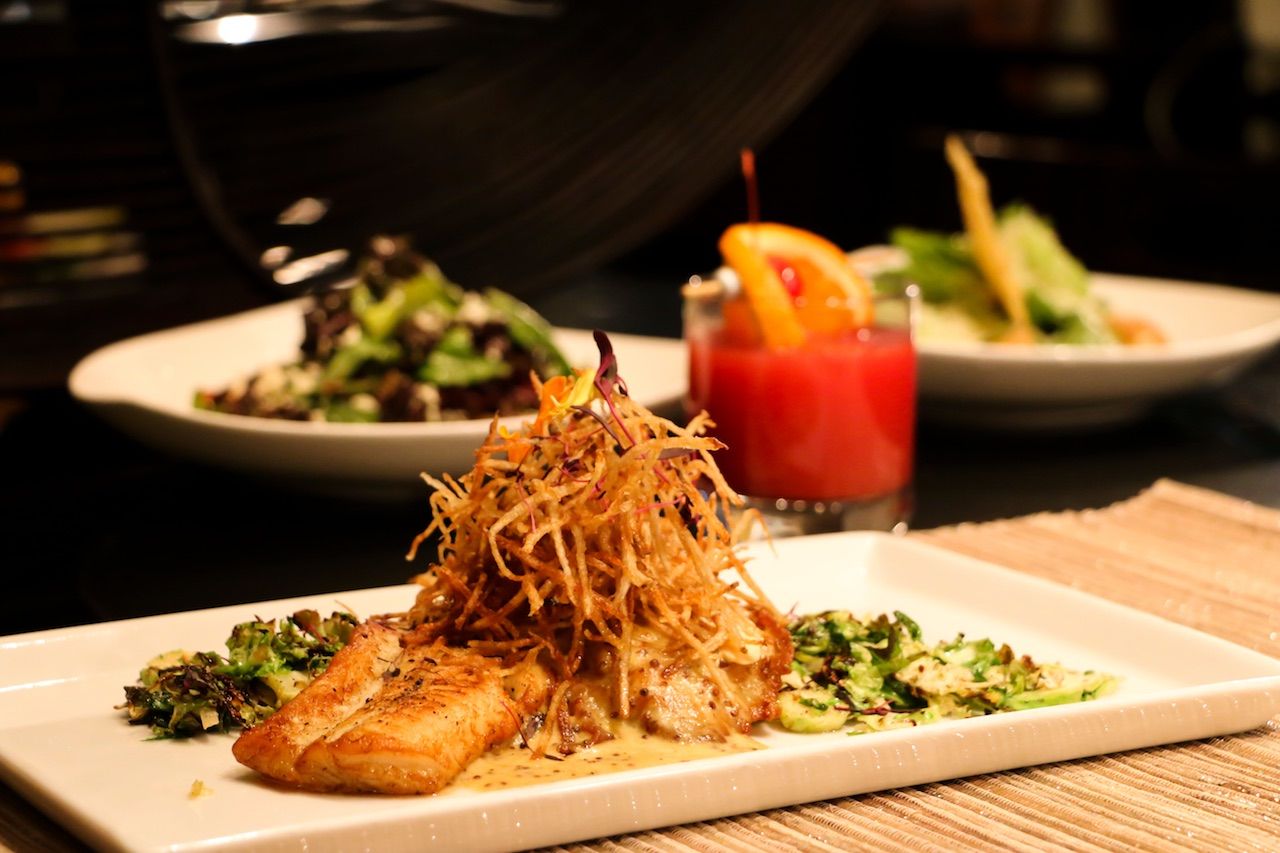 Sun-lovers and sea turtles aren’t the only ones drawn to Sarasota County’s splendid winters — renowned chefs, brewers, and distillers have taken root here as well. The city of Sarasota was named one of the “Best Food Cities in the U.S.” by Condé Nast Traveler Readers’ Choice Awards in 2016, and the county as a whole has a food scene that blends fine dining, farmers markets, craft breweries, and some of the freshest seafood coming out of the warm Gulf waters.

On the casual side, check out Yoder’s and Der Dutchman — restaurants established by the area’s Amish communities — serving from-scratch classics like fried chicken and award-winning pies. There’s also Snook Haven, an Old-Florida haunt with pulled pork, ribs, fried gator, and live music on the daily menu.

For romance, few do it better than Longboat Key’s Euphemia Haye, a chef-run island bungalow dressed in jungle-y vines and twinkling lights, and Michael’s on East. For more than 30 years, the latter has been serving up sophistication with a side of epicurean adventure, making it Sarasota’s only AAA Four Diamond Restaurant.

Wash it all down with a Friends Like These (wheatwine with coffee and vanilla bean coming at you at 11.5%!) or a Horseshoes & Hand Grenades (an intensely hoppy pale ale) from Calusa Brewing. For something a tad stronger (because 11.5% is child’s play), try Siesta Key Toasted Coconut Rum made from Florida-grown sugarcane at Drum Circle Distilling. The craft distillery produces some half dozen rums, from their Beer Barrel Finish Rum to a spiced variety that earned a Best in Class medal at the RumXP International Tasting Competition.

All this is a lot to take in, we know. But winters like ours make you hungry for more.

This post is proudly produced in partnership with Visit Sarasota County.
Tagged
Travel
What did you think of this story?
Meh
Good
Awesome

Sarasota County, Florida, Is the Perfect Place To Be in Summer. Here's Proof.