Yasameen Sajady has a big family. There’s her sister, Sheilla, and their two other sisters, plus their mother Fatima, and of course their 50 or 60 first cousins. Before the pandemic, Yasameen tells me, Sajady family gatherings numbered in the 90s and were raucous affairs where relatives shouted among themselves at the dinner table over plates of rice, dahl, and chicken korma.

It was at one such gathering that Fatima — who Sajady calls “effortless” in the kitchen — brought a chutney made with fresh ginger, cilantro, jalapenos, apple cider vinegar, and lemon juice. Everyone at the table broke out in a chorus of praise for Fatima, asking for a taste of the chutney followed by cries of “This is so delicious!”

“A lightbulb went off,” Sajady tells me. “I was like, ‘We’re going to bottle this and share it with the world.’”

Yasameen and her two sisters, Nasreen and Sheilla, transformed what they call their mother’s “magic green sauce” into Maazah (which means flavor in Farsi). They hope the line of chutneys will serve a dual purpose: to introduce home cooks to the flavors of Afghanistan and also help anyone, regardless of their culinary interests, elevate their home cooked meals.

Sajady and her siblings were born and raised in Minneapolis. Their parents immigrated to Minnesota from Afghanistan and cling tightly to their culinary traditions. In Afghan cuisine, a green chutney made primarily from cilantro and spiced up with jalapenos is a common accompaniment to dishes like dahl, kebabs, and korma. The Sajady family was accustomed to this richly nuanced condiment, but in Minneapolis, it was nearly impossible to find the ingredients that reminded them of home.

“There isn’t a lot of mainstream Afghan food or representation on grocery store shelves,” Sajady says. “But it is important to see yourself represented at the grocery store, right? Growing up in the Midwest, that was tricky.”

Sajady recalls growing up in a predominantly white neighborhood where she and her family struggled to express their cultural identity in a sea of homogeneity. But instead of losing touch with their roots, family dinners like those the Sajadys took part in every other week (before the pandemic) brought them closer to their heritage.

“Maazah has been really important for us to stay connected to our heritage and cultural identity, but then also introduce more people to the food [of] Afghanistan,” Sajady says. “Hopefully it’s a connection to understand more about our culture and our cuisine.” 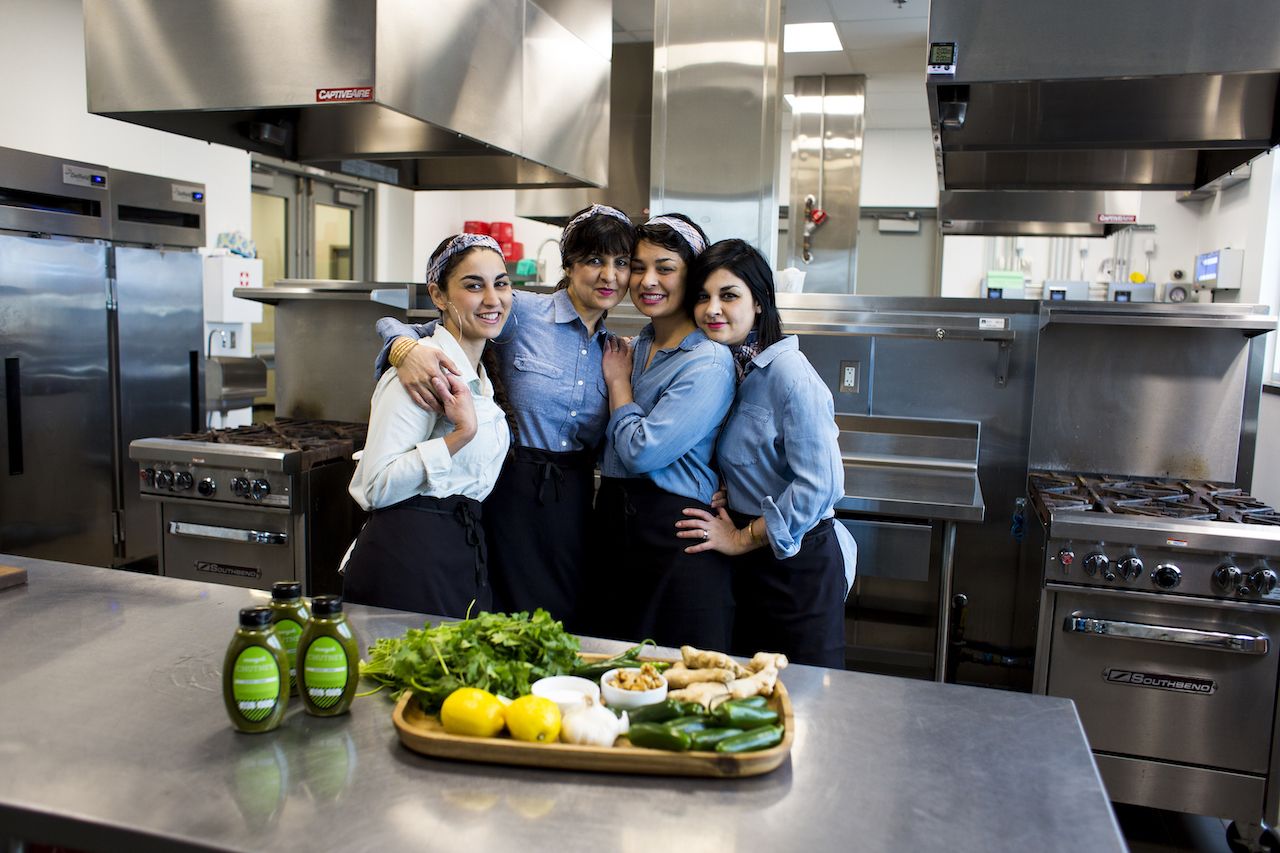 The Sajadys are eager to share their magic green sauce with the rest of the country, but there have been challenges. Yasameen admits that it’s been “vulnerable” to release a product “that’s so folded into who you are and who your family is.” And that’s just on a personal level: She’s also found that as a woman and minority owned business, it’s been harder to pitch Maazah to prospective suppliers, who might be hesitant to stock what they perceive as a niche product on their store shelves.

But mostly the process of bringing Maazah to life has been rewarding, especially when it comes to making connections with customers who aren’t initially sold on the idea of making chutney a regular fixture of their dinner routine.

“The connections that really blow us away are [with] folks that are more hesitant,” Sajady says. “We’re like, ‘Do you want to try a sample?’ and end up talking about the food that we grew up eating and [find out] that their mom actually made something similar.”

How to use Afghan green chutney 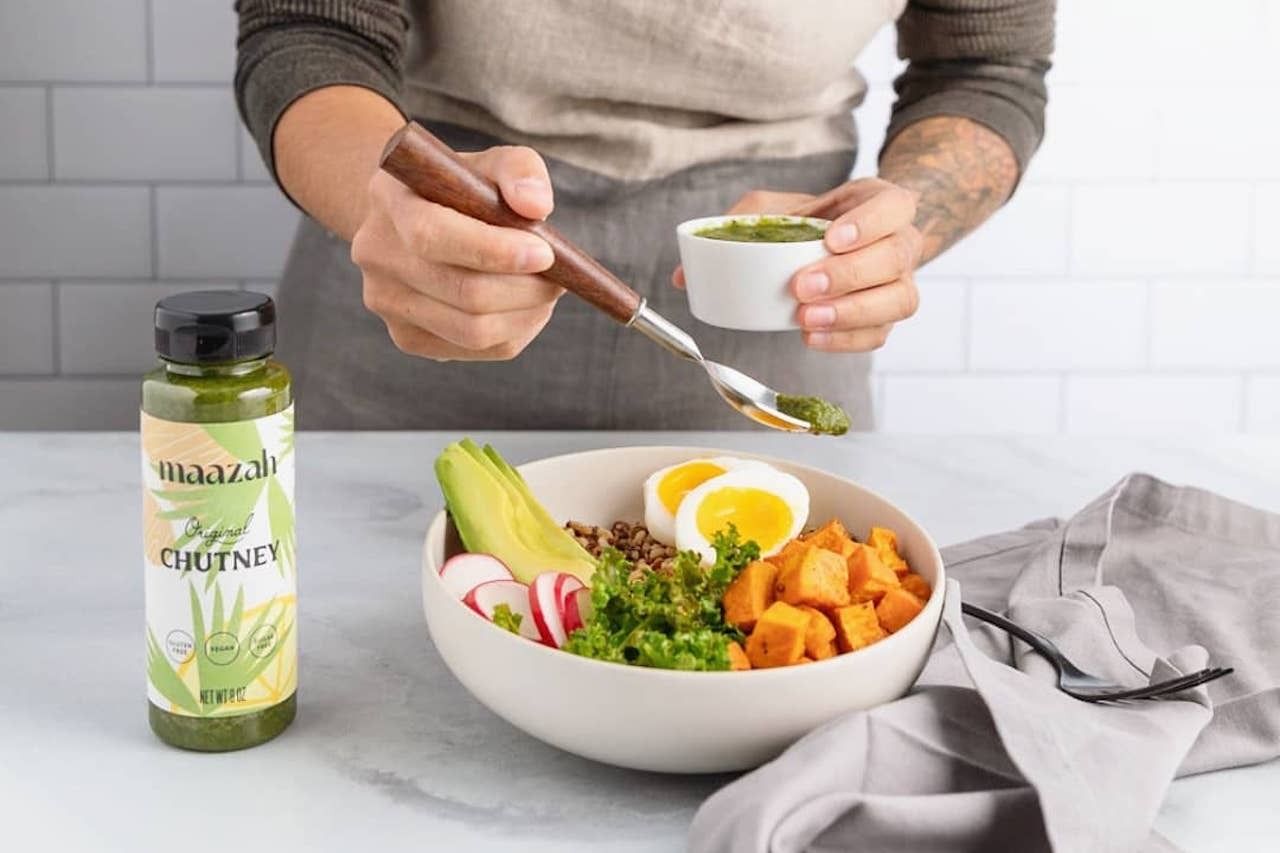 When the Sajady sisters introduce someone to their chutney, they always remind people that chutney isn’t just for Indian or Middle Eastern food. In fact, uninitiated but curious potential customers often aren’t convinced it can be used outside the occasional Indian takeout meal. Some people are surprised that Maazah isn’t as sweet as mango chutney, which is the only chutney reference point for some. So Yasameen Sajady thinks of herself as an educator as much as a home cook or business person.

“You can throw it on a salad with olive oil, or put it on fish tacos, or add it to a grain bowl, or to your leftovers so that you don’t get sick of them later in the week,” she says. “I add it to my breakfast sandwich every morning, or my scrambled eggs.”

Maazah is a glimpse into the potent flavors of Afghan cooking, but that’s just one facet of its utility. For Sajady it serves another purpose: To conveniently jazz up everyday meals — especially for people who don’t have a continuous supply of chopped lemon, ginger, and cilantro in the refrigerator.

“This is not just an introduction to Afghan food and our mom and delicious cooking,” she says. “This is also solving a lot of other problems for you.”

Food + DrinkHow the Women Behind Hy Vong Helped Miami Fall in Love With Vietnamese Food
Tagged
Food + Drink Afghanistan
What did you think of this story?
Meh
Good
Awesome