World War II memorial sites around the world pay homage to the fight for freedom and against fascism. Many are in wooded locations that offer a respite into nature, but only some actually offer a look at mountain paths used to escape war’s atrocities or munition huts to store its weapons. From cannons to huts in Europe, US Pacific territories, and even the US mainland, these historical treks take you through nature while educating you on this grim but important past. These six hiking sites are a must-do for the military history buff with a good pair of hiking boots. 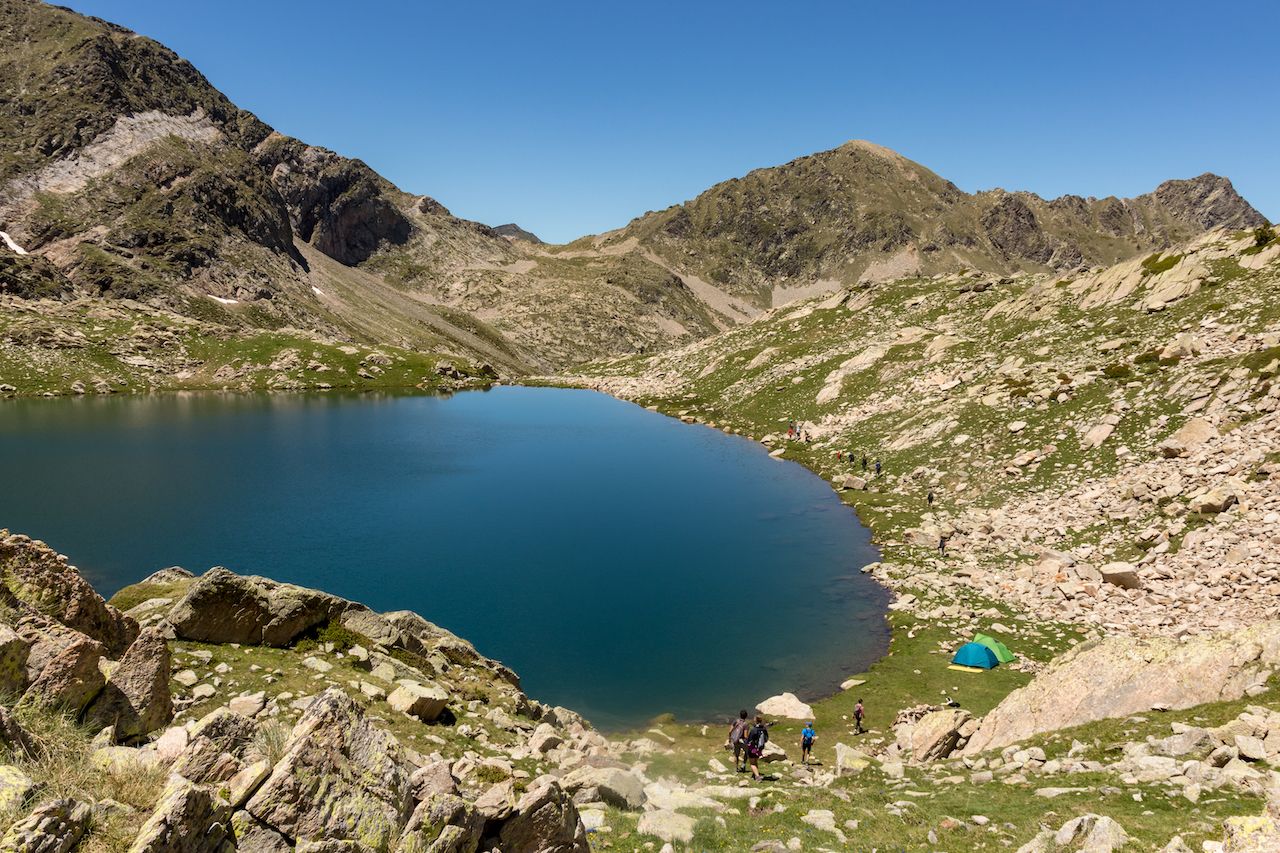 We start with a major undertaking in The Freedom Trail in France and Spain. It’s estimated that more than 780 people escaped German oppressors via a high-altitude ascent and traverse over the Pyrenees that has since become known as The Freedom Trail. The journey began in the Ariège department of France and crossed the intimidating and potentially deadly mountains into northern Spain. Thousands of French and Jews escaped over the Pyrenees to safety in Spain in the years following the Nazi invasion of France, establishing a series of routes over the mountains. This specific trail was commemorated as a historical hiking route in 1994 and runs over 36 miles.

Guided hiking tours are available via Adventure Creators and other tour operators. Most allow four to five days to do the hike, with the longest single-day stretch being about 12.5 miles. Tours take care of essentials like camping supplies and logistics, and they’re a great way to learn about those whose lives depended on a safe passage along the trail. 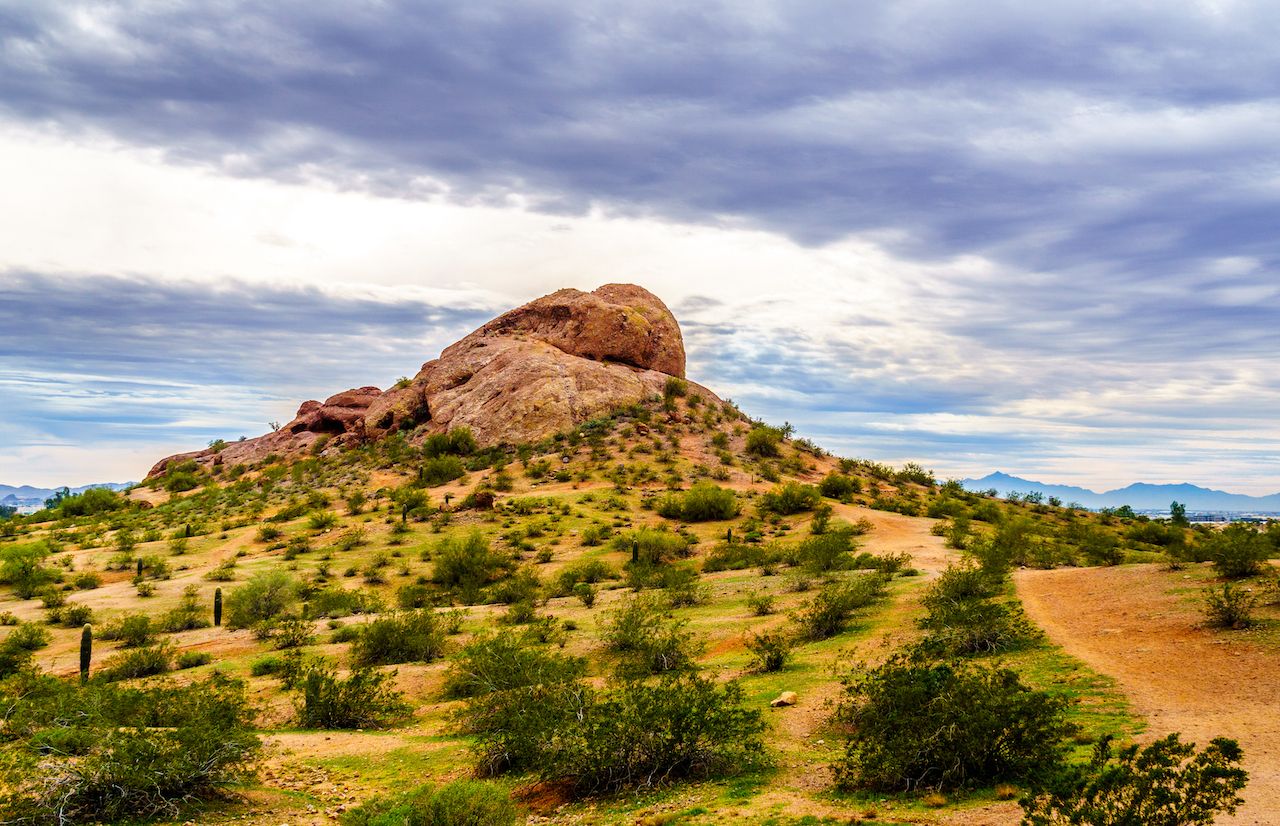 Hikers in the Phoenix area can easily access Papago Park. Now surrounded by suburban development, part of the Papago Park area was formerly known as Compound 1A. During World War II, Compound 1A held prisoners thought to be a severe threat to the United States: Nazis, escaped convicts, and other troublemakers. Twenty-five of the prisoners escaped and attempted to flee to Mexico, an event documented in the book The Great Desert Escape by Keith Floyd.

Most visitors to Phoenix and even many residents don’t realize that this normal-looking residential area was previously a renowned American military holding site. Papago Park is now home to many hiking and biking trails that traverse the park, including the quick and easy half-mile Nature Trail and the longer, 2.7-mile Elliot Ramada Loop Trail. The current Elks Lodge adjacent to the park served as a ranger station during the war. 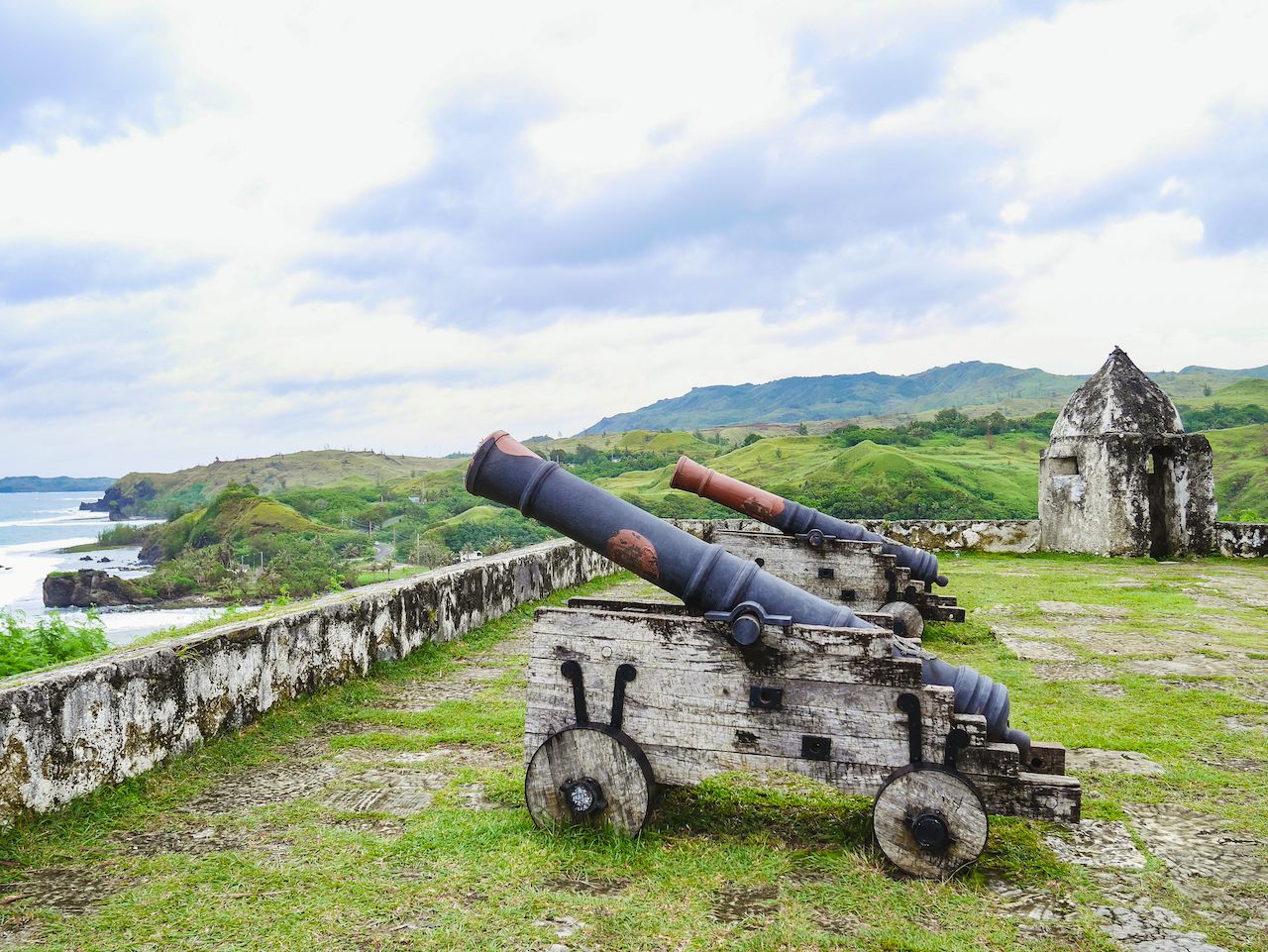 To this day, Guam is a major US military outpost offering access to the far reaches of the Pacific. In the 1940s, Guam was a center of conflict between WWII’s Axis and Allied powers. The island is home to many important historical sites, but for hikers, Mount Alifan offers a peek into the bloody battles that took place on the island. A series of trails lead to more than 30 historical WWII sites including caves and tunnels where soldiers were stationed and craters left by bomb blasts. You’ll also be able to take in views of other historical sites on the island from above.

Other places worthy of a visit on the island of Guam are Fort Nuestra, the site of a bloody portion of the Battle of Guam in 1944; Mount Chaco, where you can see a pre-war gun encasement and see an expansive island vista; and Sigua Falls, which requires a guide to visit but is among the most beautiful natural sites on the island. 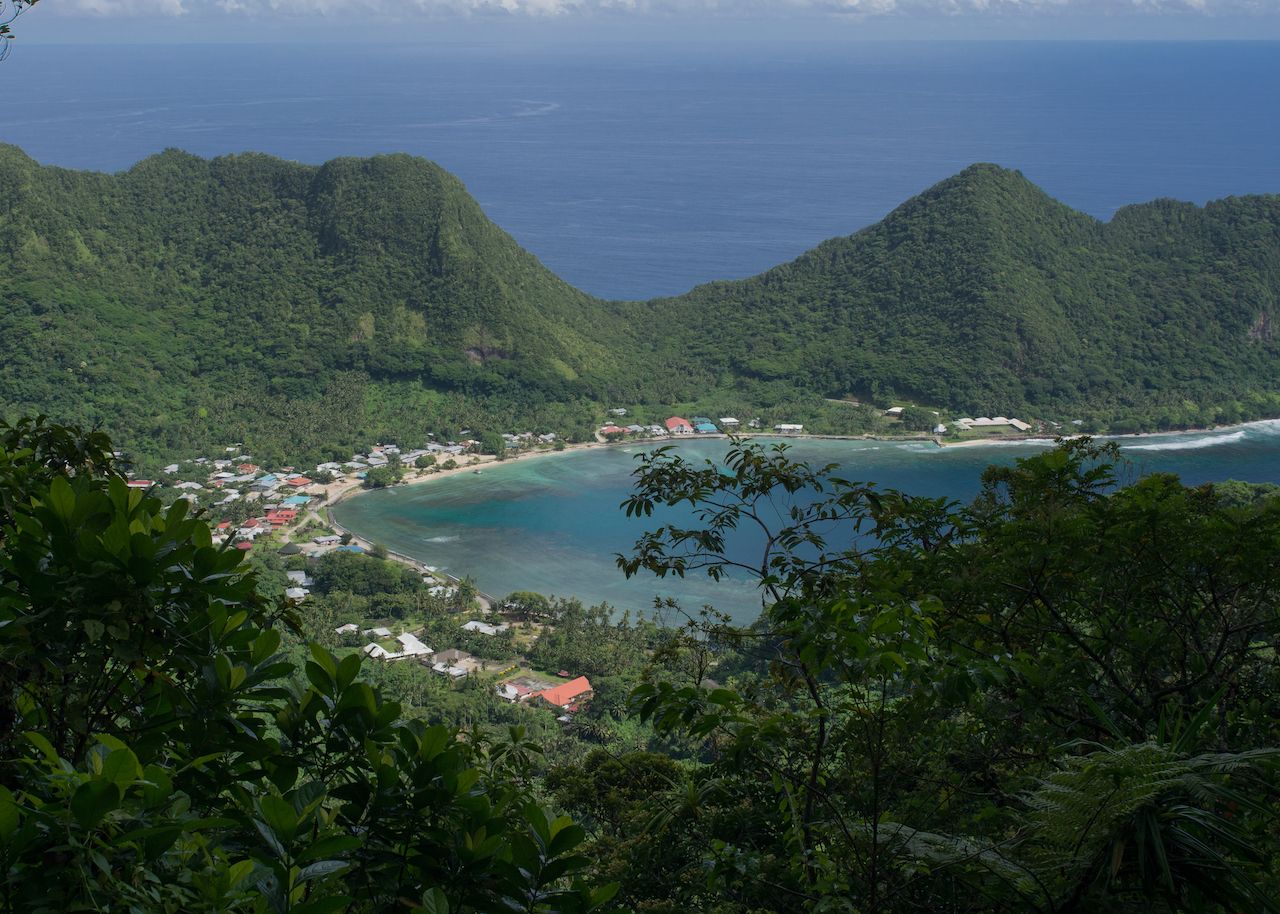 A brief but somewhat strenuous uphill jaunt on the World War II Heritage Trail in American Samoa leads hikers to abandoned cannons on a ridge overlooking the harbor below. While you’ll see the guns within about 15 minutes from the trailhead, those who wish to continue hiking can move onto other trails in the area including the Blunts Point Trail and Breakers Point Trail. The entire National Park of American Samoa, which encompasses the trail, is beautiful and offers a look into both the island and the lives of the soldiers stationed there. But the cannons themselves allow you to imagine what it was like for the soldiers in the moment, ready to ward off approaching hostile fighters. And the views are fantastic. 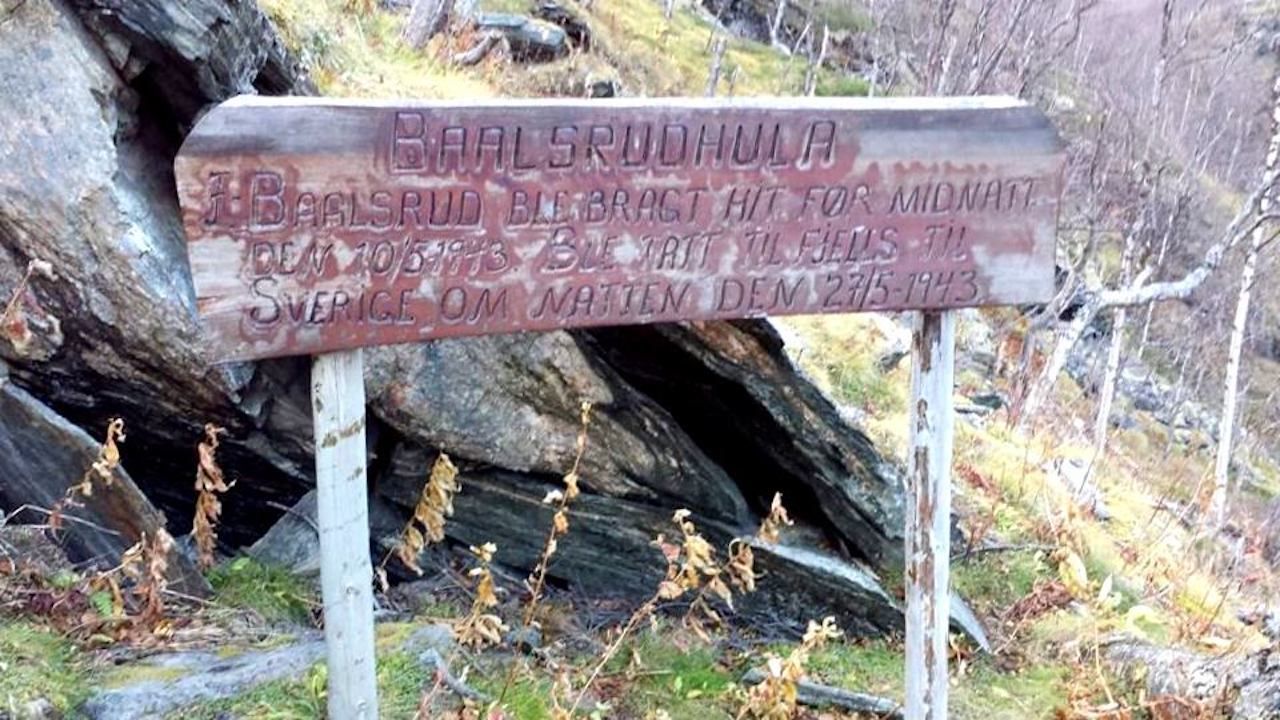 Jan Baalsrud is legendary in Norway as a resistance fighter who famously escaped from the Germans during the war. After breaking free, Baalsrud hid in a cave at the top of the Manndalen Valley in the Arctic northern part of the country on his way to Sweden. Nowadays, hikers can follow part of his path and reach the cave via a detour off the valley’s cultural trail near Skáidejohka. The trail is about seven miles in length and takes about four hours.

While staying overnight in the Baalsrud Cave itself is not advised, there are nearby huts you can camp in that include an outdoor fireplace, a great way to position yourself for the short final stretch of the hike to the cave. The region’s tourism bureau, Visit LyngenFjord, offers further information on the region. 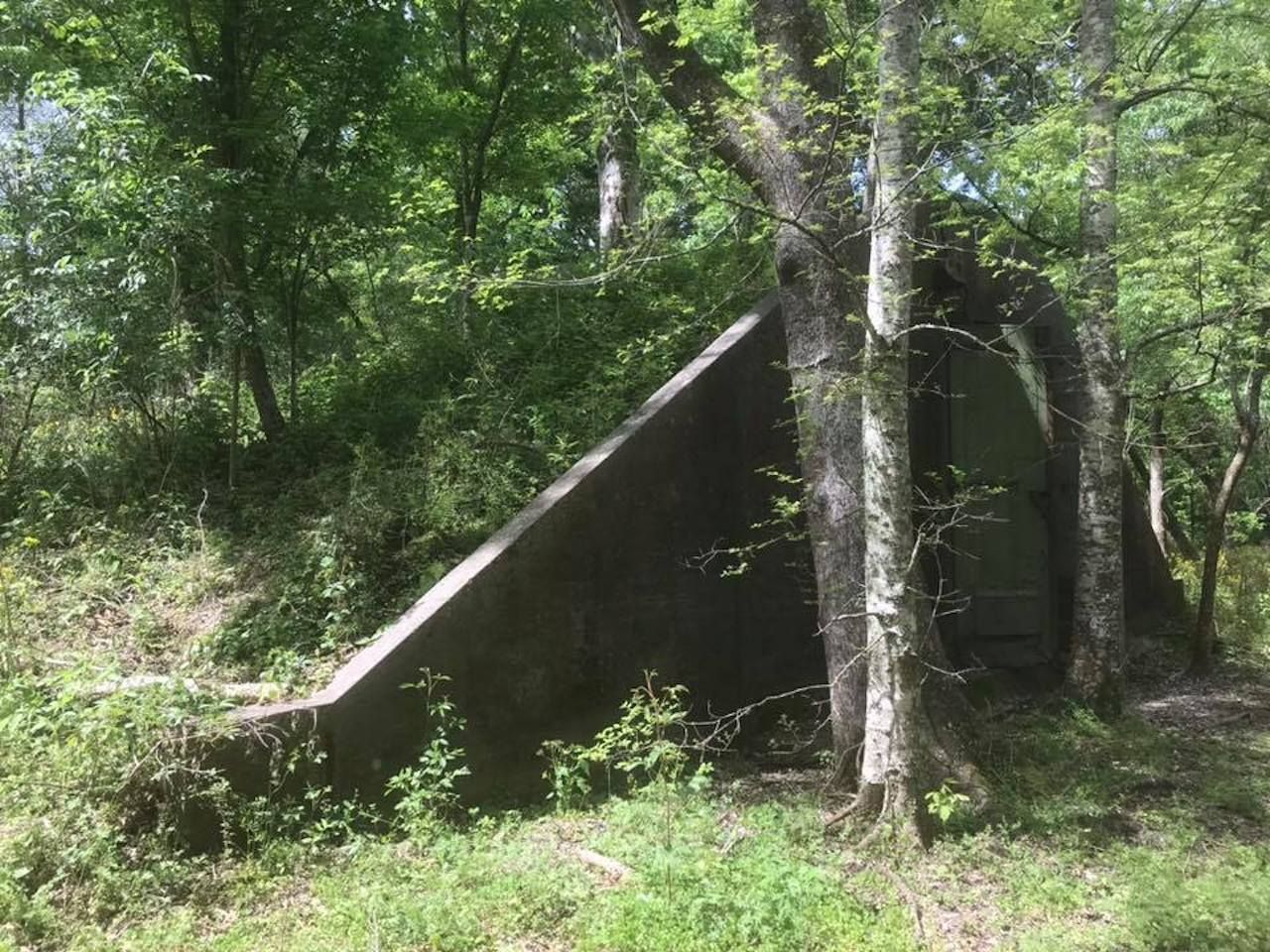 In the wetlands of Louisiana, not far from the New Orleans city center, is Woodlands Conservancy, a preserve of forested wetlands lined with hiking paths and migratory birds soaring overhead. The conservancy’s goal is to protect wetland environments for bird species and plant life, but hikers will find a bit of military history on the site as well. On the conservancy’s Bottomlands Trail, you’ll find several hut-like abandoned structures and 10 ammunition magazines that were active during World War II to store black powder ammunition.

MuseumsA Visit To Normandy Brings D-Day To Life Beyond the Beaches
Tagged
Culture Hiking National Parks
What did you think of this story?
Meh
Good
Awesome