Coral is an irreplaceable part of the global ecosystem, protecting coastlines and harboring thousands of species of fish. Australia’s Great Barrier Reef alone is home to more than 1,500 types of fish. The stunning coral-covered reefs that draw scuba divers and fishing tours also protect coastlines from erosion and other threats, and they’re the locations of both famous surf breaks and some of our most pristine wild environments.

Coral is an animal, not a plant. It is, in fact, the largest such organism on Earth that originated biologically. Yet, when coral makes the news, it’s often due to its consistent decline worldwide. In the Caribbean, for example, The Guardian reported an 80 percent decline of live coral coverage of the region’s reefs since the 1960s. The Great Barrier Reef off northeastern Australia has experienced a 50 percent loss since 1985, according to the Australian Institute of Marine Science.

Beneath the surface, however, not all hope is lost for the world’s coral. By understanding what threatens coral, and how we can take action to minimize further damage, these fragile but invaluable ecosystems can grow and thrive around the world.

What are the threats to the world’s coral? 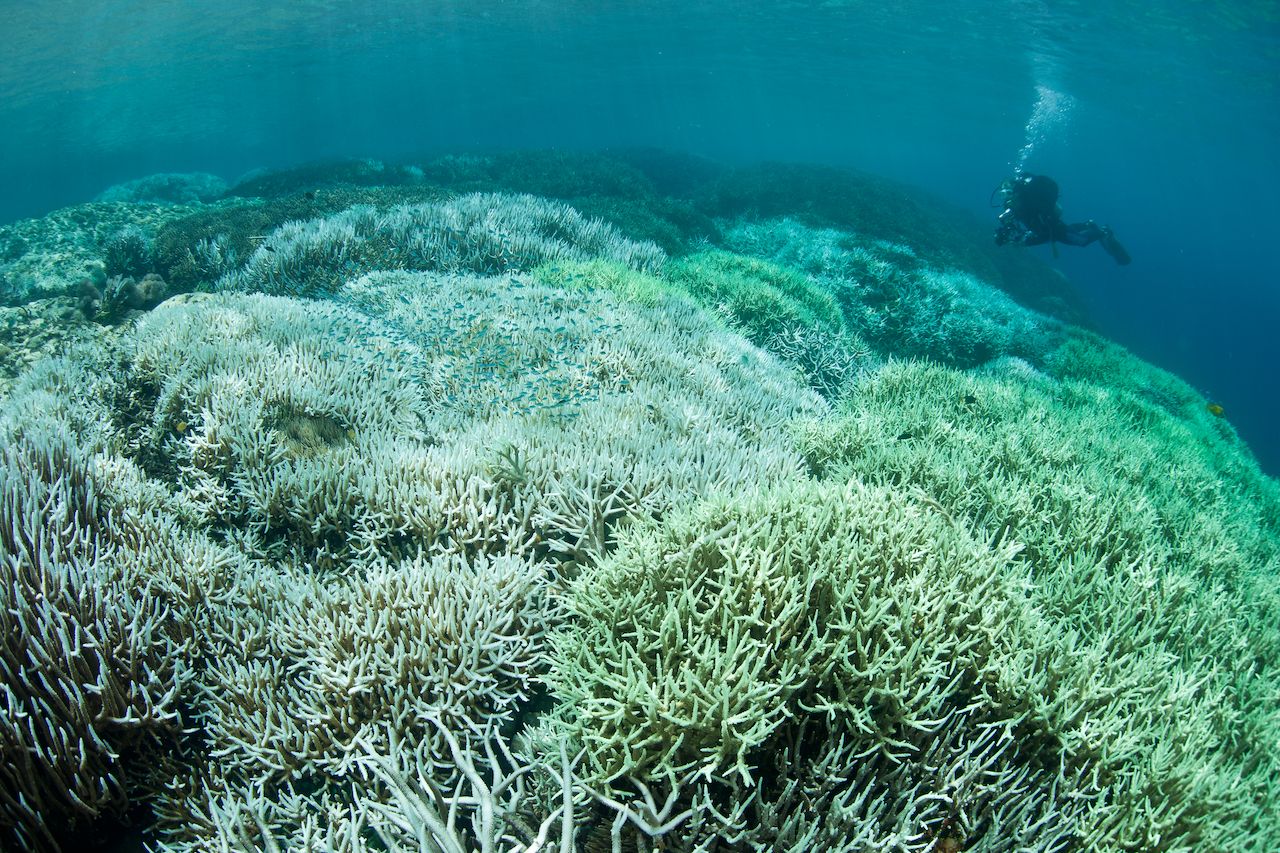 Coral faces numerous threats — the great thorny starfish, for example, as well as increased coastal development and ocean pollution. But the biggest threat to its health is climate change. Rising global temperatures caused by everyday activities such as the burning of fossil fuels lead to increased ocean surface temperatures, which causes both coral bleaching and the melting of ice in polar regions, which then flows into the ocean. The resulting sea-level rise leads to increased sedimentation along coastal areas and in their surrounding reefs.

Though warm waters are the most common cause, colder water temperatures can also cause coral bleaching. The Florida Keys experienced this in 2010. NOAA reported water temperatures dropping over 12 degrees from normal in January of that year, the rapid temperature drop causing a bleaching event on the reefs surrounding the keys.

Temperature changes can also be the result of an influx of freshwater into the ocean.

If the surrounding water temperature doesn’t return to a more hospitable range for the coral, it will not be able to grow and will eventually die off. Bleaching events often last an entire season. Bleached coral doesn’t mean dead coral, however. Think of coral bleaching as coral’s equivalent to the extreme cough that often accompanies pneumonia in humans, a sign of severe distress and vulnerability. Bleached coral is extremely susceptible to disease and suffers from severely inhibited growth rates. The declining coral coverage on the world’s reefs results from its inability to grow, which can be caused by a stressful environment. 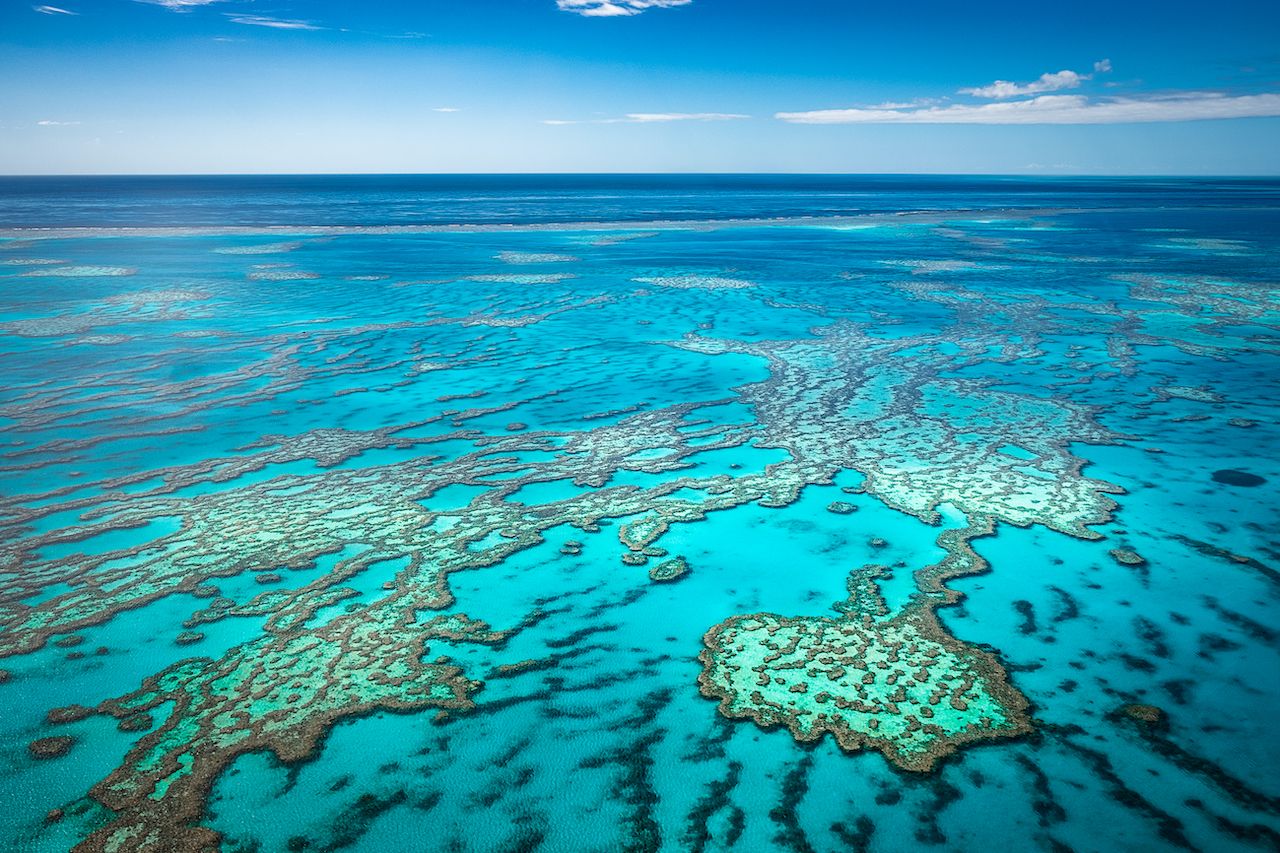 The Great Barrier Reef experienced the most stress between February and May of that year. By June, AIMS had recorded a mortality rate of 22 percent for the Great Barrier Reef, and scientists around the world had cataloged what would prove to be the worst coral die-off ever recorded.

What you can do to help the world’s coral 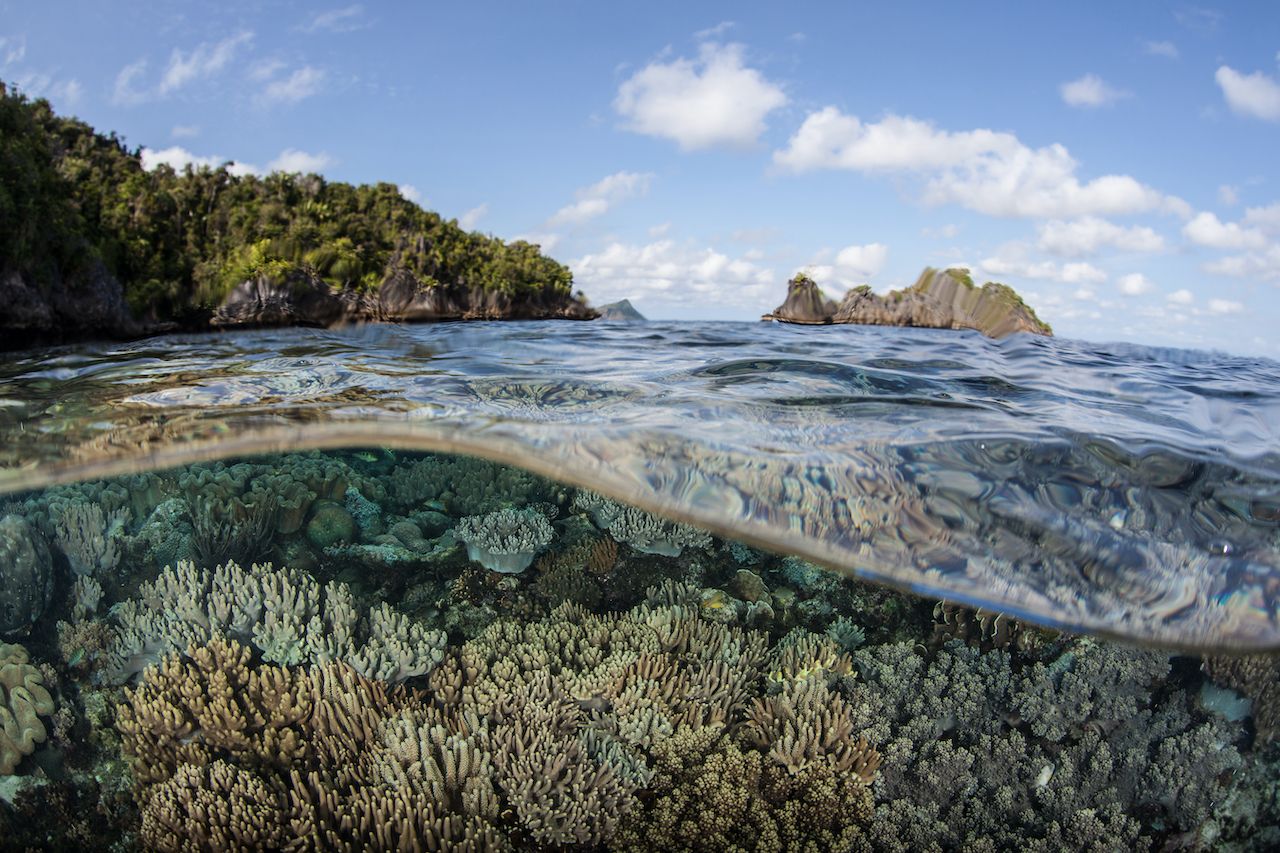 The persistent threats faced by coral reefs are a prime example of the destruction that man-made climate change is wreaking on the world’s natural habitats. Coral bleaching is a visible mark of this impact. As off-putting as shots of pure-white coral are, they can also serve as a stark motivator to instigate change. The actions necessary to protect coral are in line with many of the common ways individuals can combat broader climate change, from simple everyday actions like recycling and avoiding single-use plastics to broader steps like transitioning to renewable energy and avoiding gas-powered, single-occupancy vehicles as much as possible. By doing what you can to reduce your carbon footprint, you are helping to give bleached coral and sea life that depends on it a renewed chance at life.

Choosing a coral-safe sunscreen when visiting the beach is an easy way to prevent damage from your personal enjoyment of the ocean. UV filtering ingredients such as oxybenzone and octinoxate can contribute to coral bleaching, so pick a brand that doesn’t contain either and instead uses zinc oxide and titanium dioxide. Most coral-safe sunscreens are labeled as such, including Badger Sport, Topic Sport SPF 30, and Thinksport SPF 50+.

If you are in a position to donate or volunteer, many non-profits work on causes related to ocean conservation. Among the most vocal are the Ocean Conservancy, 50 Reefs, and the Coral Reef Alliance. Many smaller and more localized nonprofits and NGOs are established in coastal areas around the world and are in need of both financial donations and in-person help.

Of course, raising awareness of the issue and of these everyday solutions is equally important. If you have a Netflix account, watch the film Chasing Coral with your housemates or a group of friends or family. The film’s producers have posted a “social media toolkit” on its website, providing a suite of tools for activists to use on their social channels and beyond. This toolkit, and the film’s broader website, is a great place to start for raising awareness and understanding how simple it is to voice and address your concerns. The site also hosts an action guide with more background information on the threats to coral reefs and simple actions that everyone can take to help protect them.

SustainabilityAn Initiative To Protect 30 Percent of the Earth by 2030 Could Be Massive for Outdoor Spaces in the US
Tagged
Sustainability
What did you think of this story?
Meh
Good
Awesome