Tucked away on a quiet street in Dearborn, Michigan, Dearborn Meat Market is easy to miss. On the outside, the restaurant looks like just another Middle Eastern hole-in-the-wall cafe or a simple butcher shop, but when you step inside, you’ll find some of the best meat dishes in the state.

“Dearborn Meat Market is so good,” Matthew Stifler, research and content manager for the Arab American National Museum tells me. “They have this big brick grill in the back, and they grill meat for you. They’re really known for their beef kafta, chicken tawook, and shish kabobs.”

Lebanese food has found a perhaps surprisingly welcome home in Michigan. To the east and west of metro Detroit lies Dearborn, which is home to the country’s largest concentration of Arab Americans, many of whom are Muslim. Roughly 60 percent of the residents of Dearborn are of Arab descent, and the majority of those people are Lebanese.

“Historically speaking, Lebanese immigrants lived all over the country by the late 1800s,” Stifler explains. “They really went anywhere there was work. In the 1910s, Henry Ford started to mass produce the automobile, so many Lebanese immigrants came to work in the factories. By the 1920s, there was a thriving community and the growth continued.”

Stifler adds that many of the first businesses Arab immigrants opened involved food, since there wasn’t anywhere for them to buy the familiar ingredients from home. Restaurant, bakery, and grocer owners imported food from their home country, and many Lebanese and Syrian immigrants worked as grocers.

In some cases, the menus for specific restaurants are not all that different from what menus looked like over a 100 years ago in terms of the dishes being served. However, there are restaurants that have begun to fuse traditional Arabic food with different cuisines.

“I attribute that to the fact that the community is four-to-five generations old at this point,” Stifler says. “The American born kids grew up eating different types of cuisine, so their taste buds are used to a wide variety of food. When they open a restaurant, it’s less likely to be strictly only Arabic food. They may have a specialty taco on the menu or may even serve sushi! A few years ago there was a big push for poutine, and so one restaurant would serve shawarma poutine.”

If you’re planning a trip to Michigan, it’s worth stopping in Dearborn just to try the Lebanese food. Many restaurants and bakeries still offer traditional Lebanese dishes, while others are experimenting with a fusion cuisine inspired by global flavors. Here are five places to try Lebanese food in Dearborn.

Where to try Lebanese food in Dearborn, Michigan 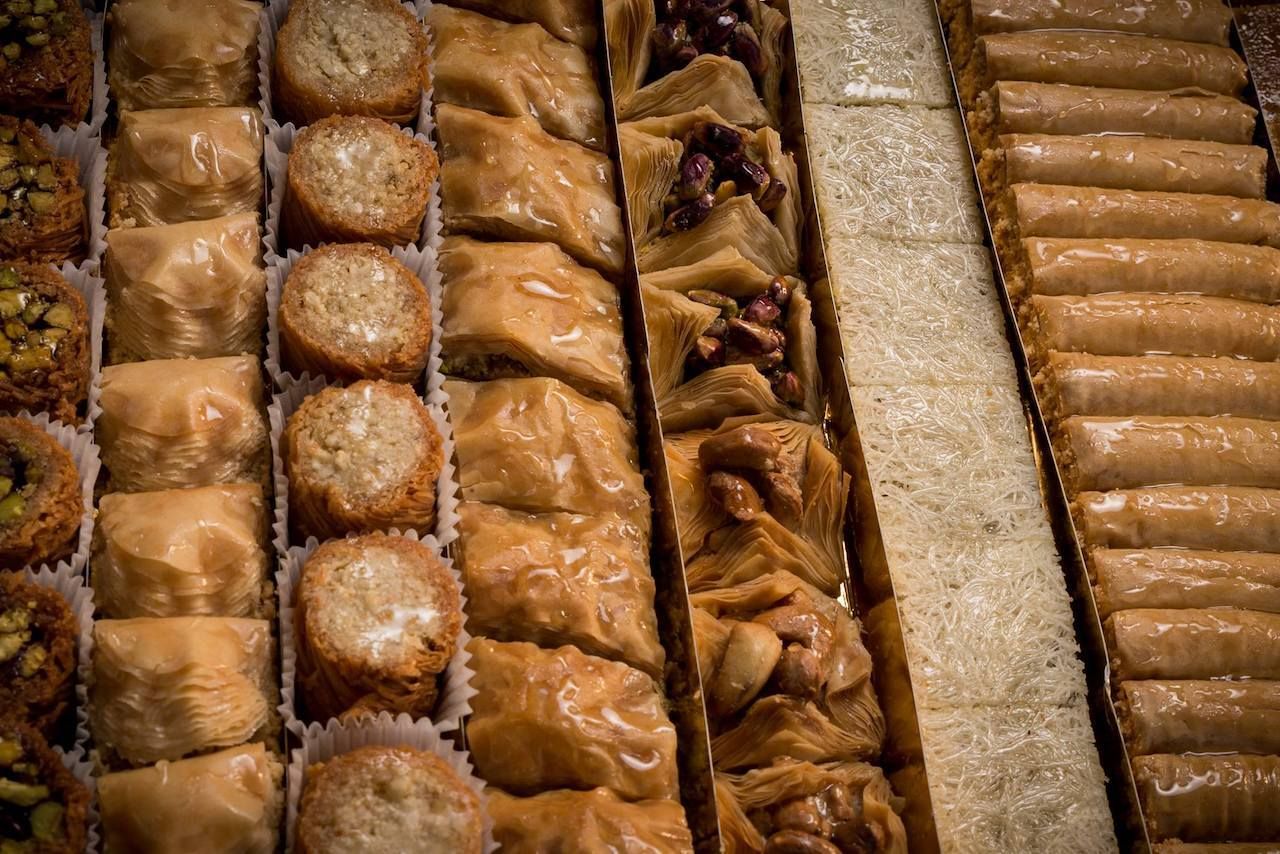 Shatila Bakery: Ideal for dessert lovers, Shatila Bakery is particularly known for its mouth watering baklava. The bakery also offers a number of other Lebanese treats such as knafeh, maamoul, and kashta, as well as more traditional European pastries such as cookies and cakes.

Al-Ameer: First established in 1989, Al-Ameer was one of the pioneering Lebanse restaurants in Dearborn and recently won a James Beard America’s Classic Award. Known for its expansive menu that is ideal for newcomers to Lebanese food, Al-Ameer serves shawarma, baba ganoush, kibbeh, grape leaves, and of course, hummus.

Rafic’s Falafel: Rafic’s Falafel is run by a second generation Lebanese-American family, which may explain its eclectic menu. While there are indeed falafels and other traditional Middle-Eastern fare on the menu, there are also fried chicken tenders and submarine sandwiches. It’s a prime example of the blend between Arab and American food.

Hamido: Another culinary staple in Dearborn, Hamido offers traditional dishes such as falafel, fried kibbeh, and shawarma, but there are also a surprising number of American dishes offered on the menu, too. A few favorites include fried shrimp, a steak melt, and fried chicken.