On April 19, Netflix shared a new trailer for its recently released Chris Hemsworth film Extraction, which takes place in Bangladesh. The trailer depicts the high-octane methods used to film the movie (a cameraman attached to the front of a car moving at high speed, for instance). But the trailer had an unexpected consequence: Viewers quickly noticed that the footage of the movie being filmed looked normal while the final cut of the film has a distinct, and off-putting, yellowish tint.

There’s a phrase for this distinct color palette: It’s called yellow filter, and it’s almost always used in movies that take place in India, Mexico, or Southeast Asia. Oversaturated yellow tones are supposed to depict warm, tropical, dry climates. But it makes the landscape in question look jaundiced and unhealthy, adding an almost dirty or grimy sheen to the scene. Yellow filter seems to intentionally make places the West has deemed dangerous or even primitive uglier than is necessary or even appropriate, especially when all these countries are filled with natural wonders that don’t make it to our screens quite as often as depictions of violence and poverty.

“It’s upsetting. It goes hand in hand with how racist Westerners perceive these places and people, especially when you think about how vibrant and colorful these countries’ cultures actually are. Applying these filters plays into stereotypes about these places and the people who live there,” Sulymon, a business analyst from California, whose family is from India, Pakistan, and Afghanistan, tells me.

Extraction is hardly the first movie to employ such an unfortunate color palette: Darjeeling Limited used it in scenes depicting small villages in India. The tone of Traffic, a 2000 movie directed by Steven Soderbergh that focused on the drug trade in Mexico, turns undeniably yellow during an execution scene in the desert (shots of Michael Douglas, who plays a judge from Ohio, are cast in blue tones). Nearly a decade ago, Reddit users pointed out that viewers could spot a Breaking Bad scene in Mexico because the screen turned the color of straw.

American films tend to add the yellow filter when they depict countries stereotyped as impoverished, polluted, or war zones (or all three). Twitter commenters on the Netflix trailer for Extraction expressed a range of emotions over the film’s use of yellow filter, from confusion to condemnation. One user joked that its also called the “Mexican filter” while another quipped “the lower a country’s GDP the more mustard coloured it is.” 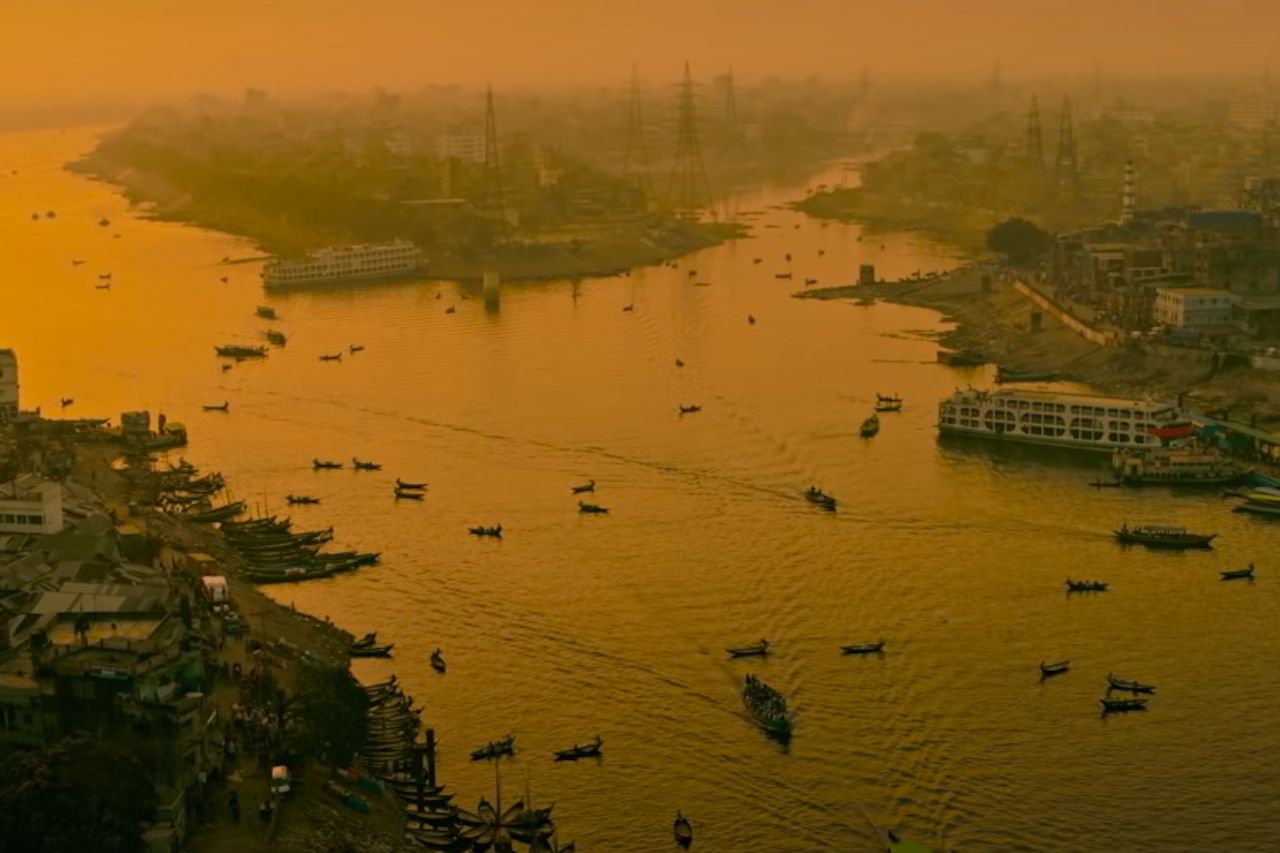 Others pointed out that, by contrast, movies set in the West usually get green or blue tones, like in this scene from the movie Twilight, or this one from The Bourne Identity. Notably, both actors here are white while, Chris Hemsworth-type characters aside, the Indian and Mexican actors in films like Extraction and Traffic are, of course, brown. One telling comment on the Extraction trailer read, “I don’t know how but this screams racism.”

Lest you think the countries these films are depicting are just smoggy in real life, look to Netflix’s own video on Twitter, showing the behind-the-scenes filming process of an action scene next to the on-screen version. At certain points of the unfiltered clip, the sky is actually blue.

Yellow filter goes hand in hand with films that depict mostly negative stereotypes about living in the country in question, all while centering the journey of a white hero: Some combination of gangs, extreme poverty, drug use, and war seems to pop up in most of the movies that use yellow filter. Not only is it ugly and overused, but it reinforces stereotypes about people in countries that Americans still tend to think of as the “developing world.” One can almost be certain who will show up to save the day. The white savior trope needs to go — and it can take yellow filter with it.

Maps + InfographicsThis Map Shows the Most Popular Netflix Show in Every State
Tagged
Entertainment Movies
What did you think of this story?
Meh
Good
Awesome