If you’re looking for a new Netflix binge but you don’t quite trust your friends’ recommendations, you might want to check out this map of every state’s favorite show. The map was compiled by the team at HighSpeedInternet.com, which used Google Trends to find and rank the most searched Netflix show in each state. While all the shows are relatively popular nationwide, it’s interesting to look at the map and note a few obvious trends. 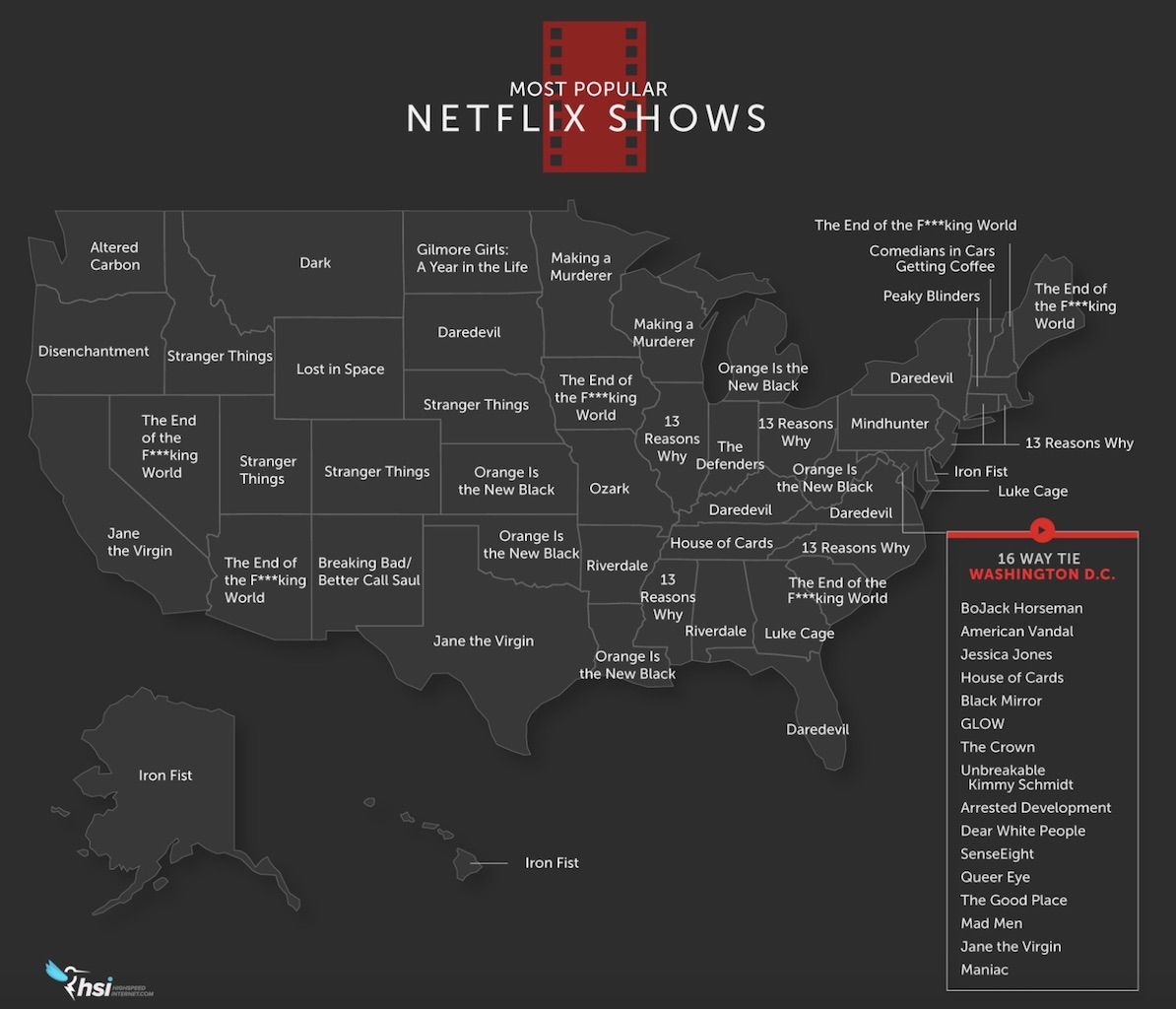 13 Reasons Why was America’s favorite Netflix show of 2018, winning the top spot in seven states. In general, though, states seem to prefer shows that are set in the local area. New Mexico, for example, had a tie between its two favorite shows — Breaking Bad and Better Call Saul — both of which take place in the state. Stranger Things didn’t win its home state of Indiana, but it did appeal to states in the midwest like Nebraska, Utah, Colorado, and Idaho. While you might think House of Cards would win Washington DC in a landslide, it actually shared top honors with 15 other shows in an astonishing 16-way tie.

With the exception of Vermont, which prefers Comedians in Cars Getting Coffee, it’s pretty clear that the US loves its drama and crime thrillers. The map is dominated by intense shows with heavy, dark themes. This is a notable change from last year when Gilmore Girls, Star Trek, and American Vandal won out in many states.

TravelThe 25 Coolest Towns in America: 2018
Tagged
Entertainment Maps + Infographics TV
What did you think of this story?
Meh
Good
Awesome