Many cities around the world have a song with which they most identify. A song which — whether because the city is mentioned directly and often, or because there’s a more subtle connection — really calls to mind that city’s spirit, history, or culture (think about Ray Charles’ Georgia On My Mind). That’s why Dorothy, a UK-based design studio, created a map of the United States made up of songs associated with cities, rivers, mountains, highways, and other landmarks. There are over 1,000 songs on the map. 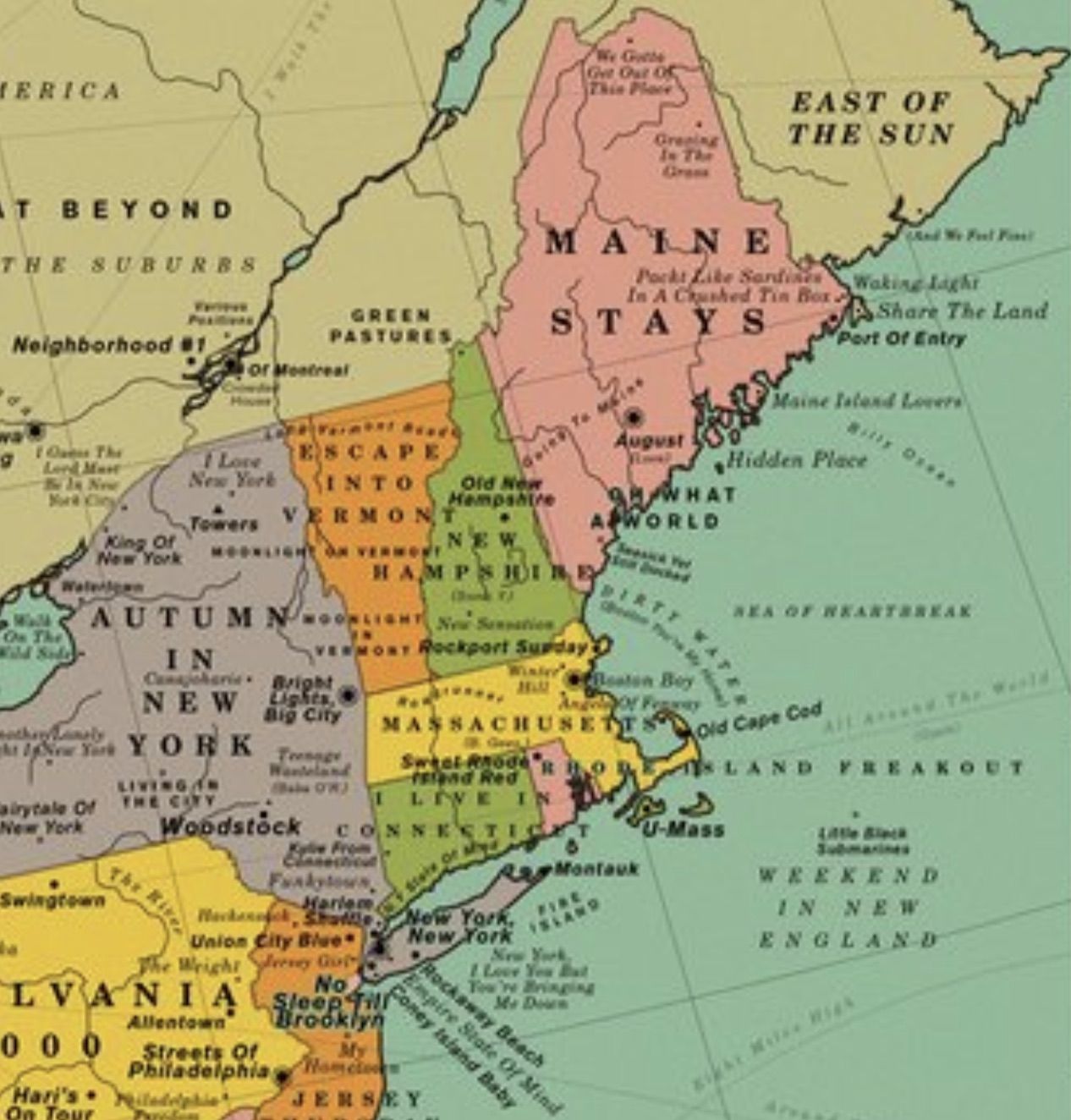 Many of the map’s song-place associations are relatively obvious, like Straight Outta Compton, Autumn in New York, Sweet Home Alabama, California Dreamin, and so on. Others, however, require a bit more thinking. Dorothy told My Modern Met that “There are specific reasons for the placement of every song on the map…some of our favorite song choices are the ones which require a little extra thought about a possible connection.” 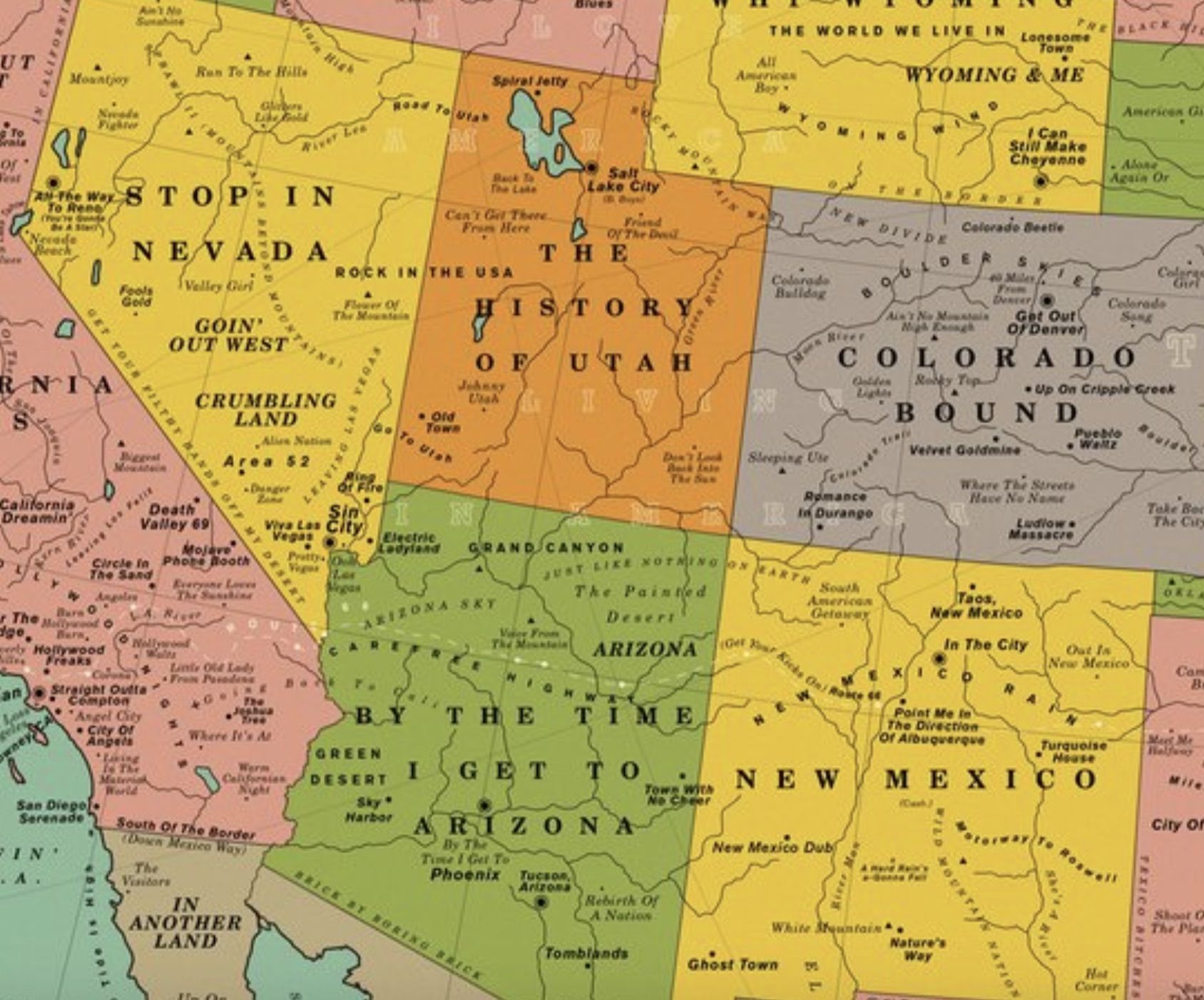 At the bottom of the poster, Dorothy has included a helpful A-to-Z list of all the artists behind each song. And there’s even a 61-hour-long Spotify playlist if you want to take a truly comprehensive musical journey across the US. For a cross-country road trip, we can’t imagine a better playlist.

The map can be purchased here for $38.

Why you should visit Buffalo, New York, in the winter. Really.