In so many cities across the country, craft beer is no longer an outlier or a novelty — it comes standard, almost to be expected. So how does any one place manage to stand out from the crowd?

Virginia Beach has figured it out. Maybe it’s the proud military heritage, the rich bounty of nearby agricultural communities, or the unique marine combination of the Atlantic Ocean and Chesapeake Bay. Either way, Virginia Beach is quickly becoming its own special craft beer destination. Need to see for yourself? Check out how these Virginia Beach breweries are doing craft beer just a little bit differently. 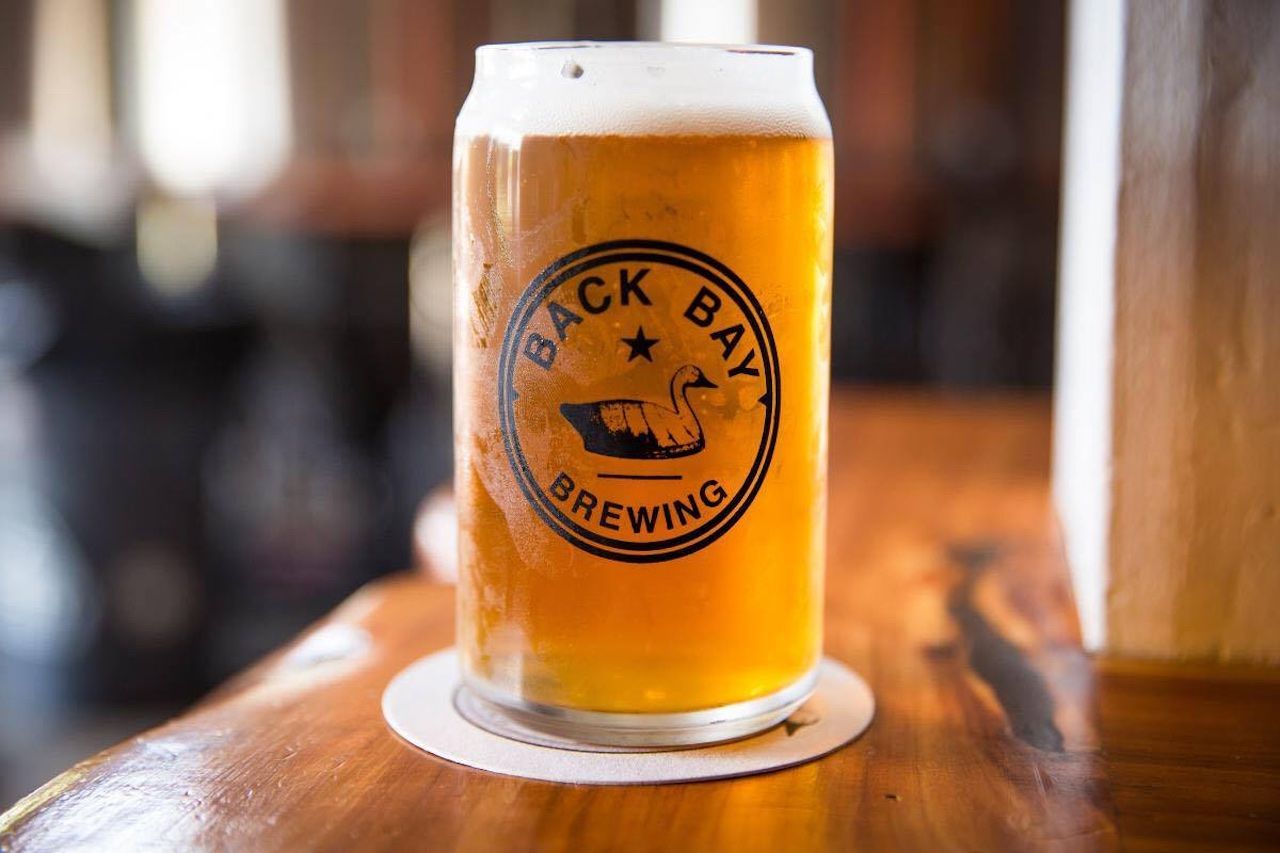 The beach cruisers (and the random surfboards) parked out front signal that you’ve found the right place. The super-chill tasting room is half active brewery and half beach shack — the kind of place where flip-flops and tank tops are basically a uniform. And the backstory? Years ago, hunkered down in a duck blind in the marshes of southern Virginia Beach, two friends discussed their dreams of owning a brewery — and in 2011, Back Bay Brewing Company was born.

Surf-loving locals and in-the-know visitors make up the majority of the crowd here. But anyone looking for a solid beer without pretense (and perhaps a seasonal option or three) will feel at home. The False Cape Amber Ale is a quintessential amber with a smooth-yet-slightly-bitter caramel finish, while the Steel Pier Bohemian Lager has a note of honey hops and is perfect after a day at the beach.

But if you really want to get local, go for the Drikko, a nod to history’s ultimate seafarers. The style originated with Vikings from the Swedish isle of Gotland and was traditionally fermented in a Rostbunn (“a wooden vessel layered with juniper branches and straw”). It’s smoky, herbaceous, and complex.

Virginia Beach is both a vacation destination and a proud military town. Folks here know how to appreciate a good beer, so the success of Young Veteran’s Brewing Company is no surprise.

Virginia Beach’s Naval Air Station Oceana is nearby, making YVBC a common pit stop for local sailors and pilots. The taproom is almost always packed, and the military and beer memorabilia hanging on the walls seals the deal (seriously — the military-themed bottle art at YVBC is on point).

Owners Thomas Wilder and Neil McCannon, both Army vets and die-hard beer lovers, have been brewing in this location since 2012. One of their best military-themed offerings is the Semper FI.P.A. — with citrus overtones and just the right amount of bitter hoppiness, it’s an IPA for people who don’t like IPAs. The Night Vision Stout is another standout, with smooth notes of dark chocolate and espresso. The Pineapple Grenade, a fruity hefeweisen, is refreshing and has become a summer go-to for YVBC fans. Kudos to YVBC for offering a discount to active-duty military and veterans as well. 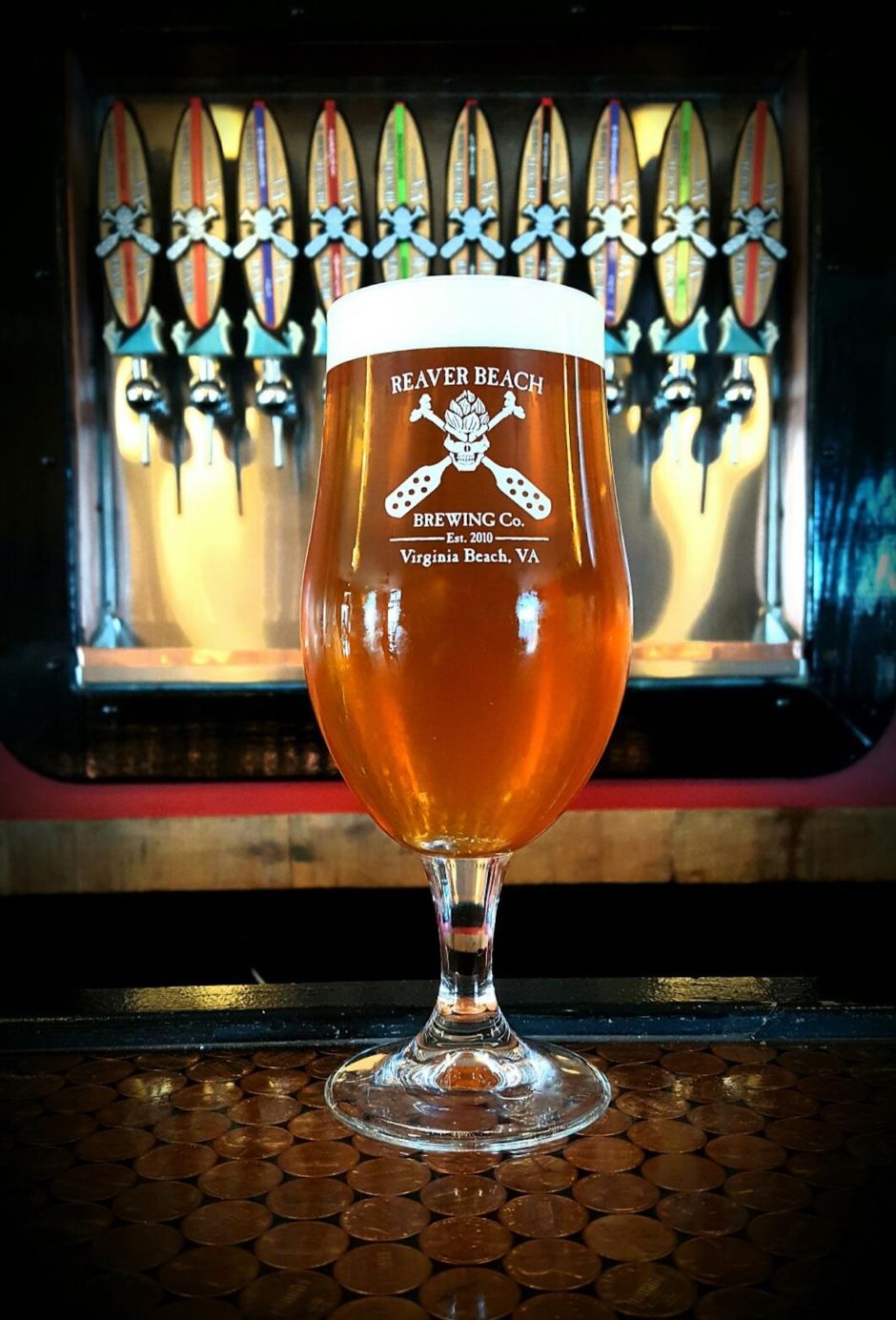 Reaver Beach Brewing has gained a loyal following thanks to their ever-changing roster of experimental beers. Releasing a new bottle every month, their diverse repertoire includes sours, barrel-aged ales, and wild beers brewed with native micro-flora from Coastal Virginia for a truly local taste.

The local connection doesn’t stop at flowers and yeasts — they collaborate with area farms for many of their seasonal releases. The Lunatic is an ale re-fermented in oak barrels with blackberries, while Within the Flood Marks is a sour re-fermented with blueberries. Just in time to celebrate Reaver Beach Brewing’s 7th anniversary is the release of the Jolly Roger Pumpkin Porter. There’s no blasé suds or lawnmower beers here, that’s for sure. 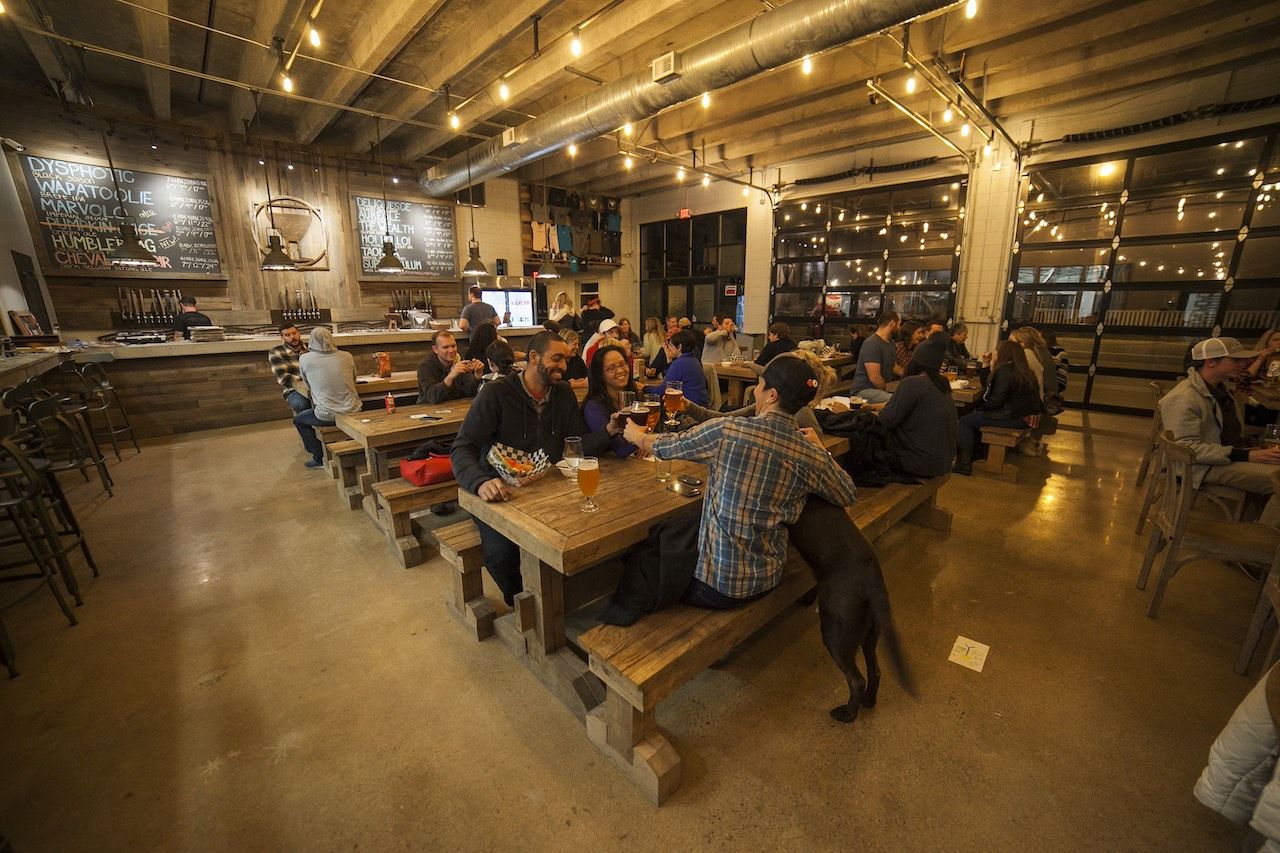 What do you get when you take an awesome Chesapeake Bay location, add a renovated firehouse, and throw in a couple of brewers who love to experiment? The answer: Commonwealth Brewing Company.

The historic Chesapeake Bay Fire & Rescue Station #4 has been transformed into a sleek beer hall with polished concrete floors, communal tables, glass bay doors, and 28 taps flowing with the latest liquid creations from owner Jeramy Biggie and head brewer Greg Fleehart. Belgian-style ales dominate the expansive beer menu, but Commonwealth fans come back for the weekly release of experimental beers, including an ever-changing roster of barrel-aged brews and sours. Current standouts are the Barrel Aged Dysphotic, a black saison aged in red-wine barrels for 21 months, and the Halcyon, a blonde sour aged in white-wine barrels for 13 months and then re-fermented with apricots and passionfruit. When we say “craft” beer, it’s truly, truly, a craft. 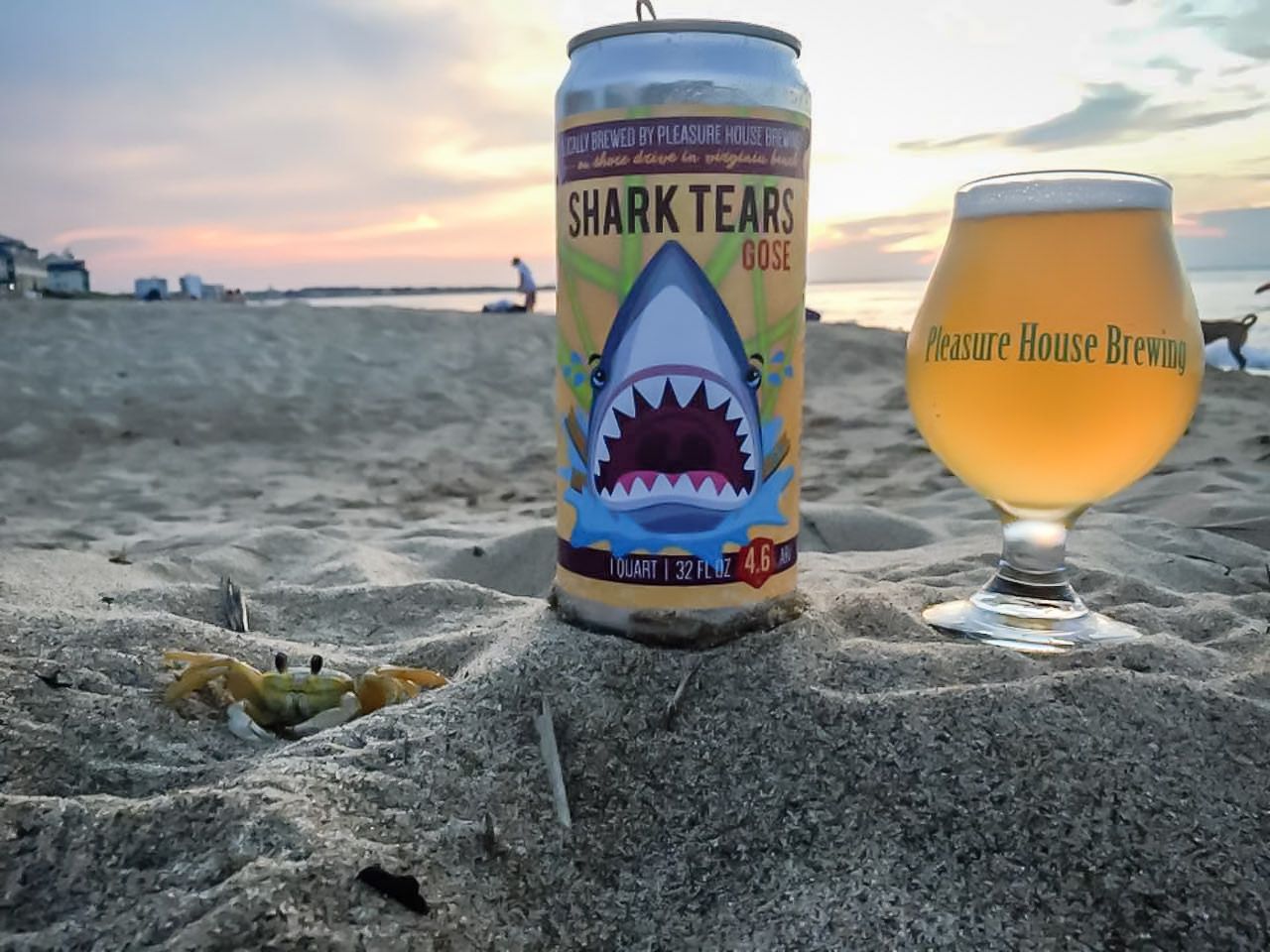 Take their Rain Barrel Bohemian Pilsner, for example — made from 300 gallons of rainwater collected from the Chesapeake Bay Foundation’s Brock Center, it’s an easy-drinking eco-friendly brew you can feel good about. Farm-to-table is so 2016 — next up, it’s sky-to-bar. 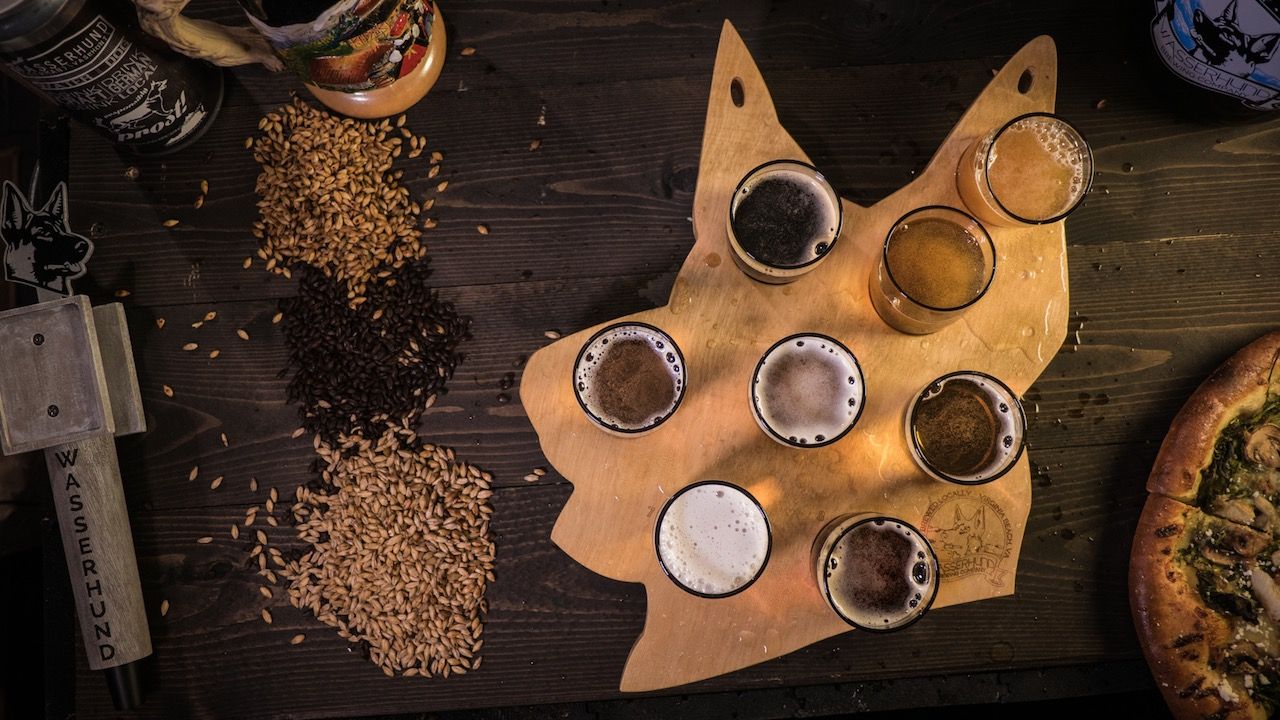 Inspired by a love of the beach, dogs, and beer (and really, it doesn’t get more Virginia Beach than that), Wasserhund Brewing is all about bringing German beer culture to the beach. Navy veteran Aaron Holley and his wife Christine, an engineer, brew German-style beer at their cozy Hilltop location.

A brick oven churns out some pretty amazing artisanal pizzas, but I recommend their Jumbo Beer Pretzel, served with mustard or beer cheese. And, obviously, you’ve got to follow it up with a traditional beer brat to complement Wasserhund’s lineup of German brews. The German Shepheweizen, a bright wheat beer with notes of banana and cloves, is a local favorite — though do note that Wasserhund has everyone covered. They also serve a completely gluten free-beer: their Glutenless Retreiver.

Bonus: Wasserhund’s commitment to the local community extends beyond the brewery, with the Holleys donating 5% of their profits to a different charity each month.