London, Surrey and other parts of South East England are currently being plagued by an outbreak of the toxic larvae of oak processionary moths. It was reported that contact with the hairy caterpillar can cause severe allergic reactions, including irritation to eyes and throats, and skin rashes.

The pest was introduced to the UK by accident. It is suspected they came in on young oak trees imported from continental Europe around 2005. The caterpillars eat oak leaves in large numbers. They can strip trees bare making them vulnerable to other threats. The species got its name because they build their white silken nests in the trees and they walk in a nose to tail procession from the nest to the top of the tree to feed. 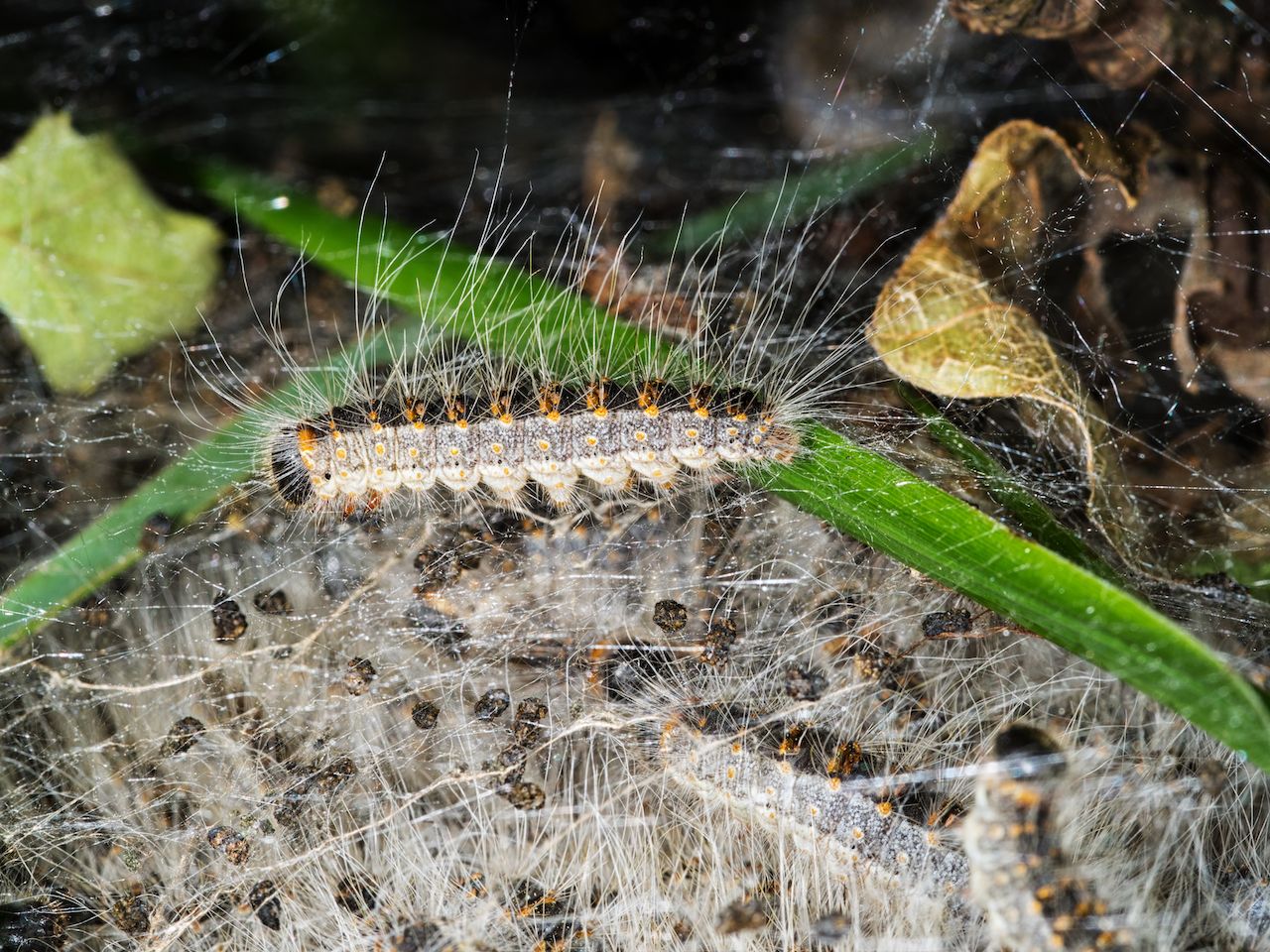 Not only are these pests a threat to oak trees, their thousands of toxic hairs can detach and get blown around by the wind, potentially harming animals and other insects. The long white hairs contain a protein called thaumetopoein — an irritating substance upon contact with skin.

The British Forestry Commission, local authorities, and landowners have been working over the past decade or so to try to control the population growth.

Alison Field from the Forestry Commission stated: “In the past, we have been removing nests by hand, but actually, that has not been particularly effective. We are now looking at spraying nests with a bacterial spray that will kill the caterpillars.”

More than 600 sites for treatment have been identified this month, and a biopesticide has been approved and sprayed over the infected trees.

Authorities advise if you find a caterpillar or see evidence of a nest it is recommended that you contact the Forestry Commission — it is not advisable for people to approach the insect. It is vital for any sightings to be reported. You can do so by going here.

10 of the Most Fearsome Insects in the World [Pics]
Tagged
News Travel Safety Wildlife London, England
What did you think of this story?
Meh
Good
Awesome

A Great White Shark That Attacked in California May Be One of the Biggest in the World
Visitors To Niagara Falls Can Get a New, Never-Before-Seen View From a 100-Year-Old Tunnel
Airbnb Wants To Give You $100,000 To Design an Epic Vacation Rental
Flight Prices Are Up 40 Percent Since January. Here’s How Much Higher It’ll Get This Summer.
50% of Canadians Live South of This Line