1. You picture everything around you with snow on it and try to imagine the best line.

Every mountainside is a potential fall line, every hill a cruiser. And it doesn’t end at natural features — that freeway overpass is definitely ride-able, and so is that cabin’s A-frame roof. I bet you could carve a sick s-curve into the side of the earthen dam over there. Man, you just can’t stop thinking about riding. The world is your canvas — whether or not it actually has snow on it, or ever will.

2. Your “sick” days and powder days tend to align.

What’s that? There’s a huge front moving in off the Pacific? 10 inches expected? *Cough, cough* I’m suddenly not feeling so good. I better stay home tomorrow and rest. If the , er, fever doesn’t break, then I may need another day to recuperate. Yeah, recuperate, that’s it. Funny how all those sick days occur in winter. Hmm, must be the flu season.

3. Your childhood was a menagerie of broken bones and backyard kickers.

Did the wrist and collarbone once each, ankle twice, dislocated elbow, and you have the x-rays to prove it. Growing up was a constant, repetitive cycle of backyard kickers and nighttime rail jams, ER visits, and neon casts. With each bitter layoff, your hunger to ride and resolve to finish what you started deepened so when the bone finally healed you charged harder than ever before.

4. Your first “snowboard” boots were Sorels.

Before you could afford your first pair of real snowboard boots, you were out in the backyard strapping into a third-hand Burton with a pair of snow boots. And the crazy thing is, even after all these years and expensive gear upgrades, you’ve never been as stoked as you were sliding down the neighborhood sledding hill in beat-up Sorels.

Don’t want snowboarders around? Cuz we’re all crazy, out-of-control park rats whose mission is to scare the living daylights out of every skier we see? Hey, that’s fine. Discrimination and intolerance is totally okay in this day and age, right? Come on already, take a cue from Taos and let us ride.

6. You chose your college based on its proximity to a decent ski hill.

It was the unspoken reason that led you to Boulder, Gunnison, Missoula, Salt Lake City, or wherever you skipped class to ride 120 days a year. College was just an excuse to get closer to the mountains, closer to what you love. Taking six years to finish that environmental science degree had little to do with course load and everything to do with snow totals. 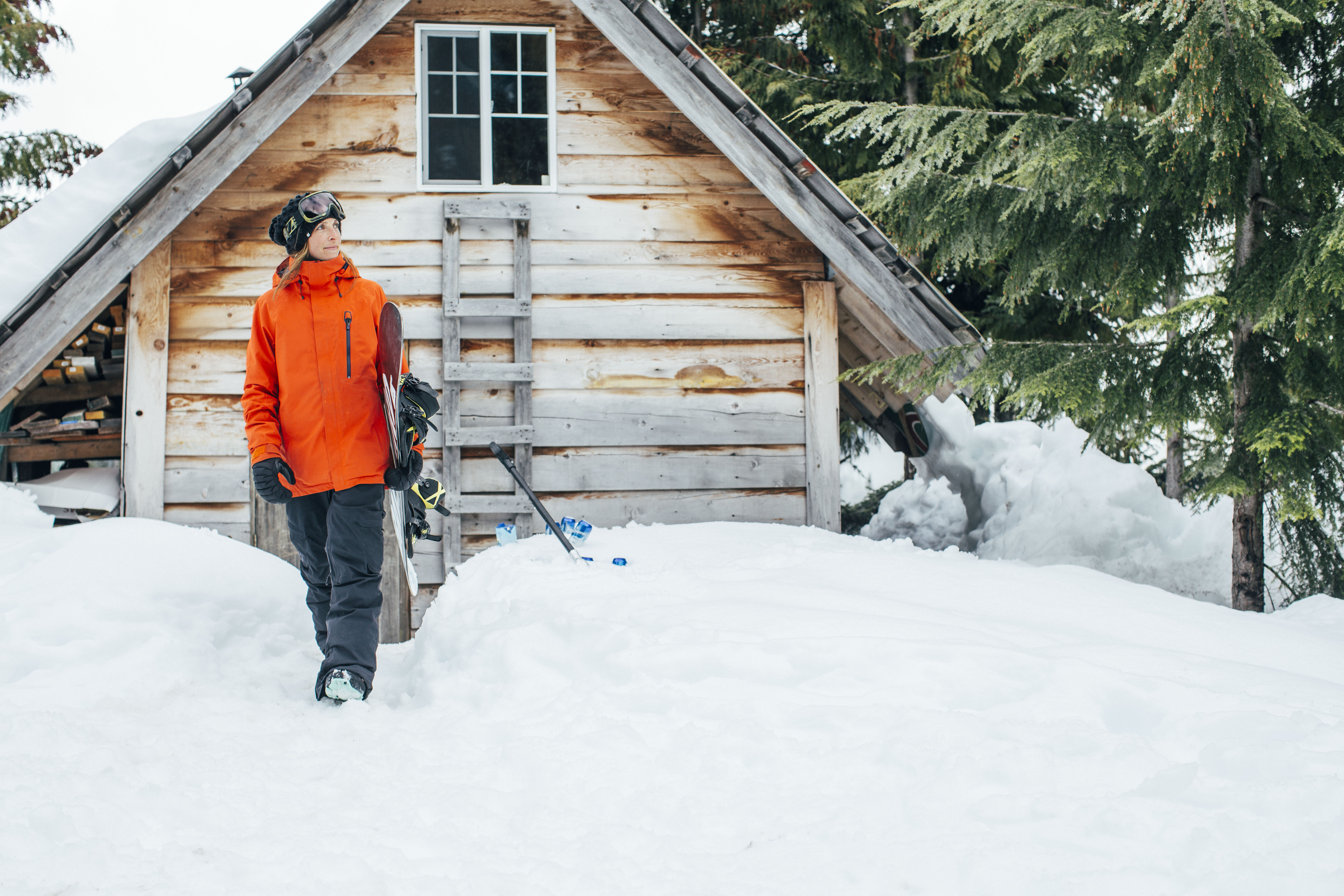 7. Your only pair of skis is a splitboard.

That totally counts (at least during the uptrack)! You’ve got (collapsible) poles and everything. Until the splitboard revolution happened, you never thought you’d own a pair of skis. Now, you’re all about two planks — so long as they snap together.

8. You’ve fallen in love in a terrain park.

Is there anything sexier than effortlessly sticking a 360 Japan air or a buttery front-side rail slide? Answer: No.

Bombing a road trip from Chicago to Colorado or chasing a storm from Northern California into the Cascades, you don’t give a second thought to trading a day (or two or three) in the car for a day in the pow. You probably could have earned a meteorology degree with everything you’ve learned about weather and snow science by monitoring storm systems. Your chops under the hood are no less impressive — can’t nobody keep a 2001 Chevy Astro humming like you. These are the skills that enable you to get on the road to powder at a moment’s notice.

Pay for a tune? That’s what tourists (and fixed-heel skiers) do. You know damn well that the difference between making it through or getting hung up in the flats and crushing or getting stuck in deep pow is a thin, evenly applied layer of temperature-appropriate wax. The skill and savvy with which you apply it is akin to a Japanese master sword-maker carefully honing a katana blade, except you get it done in a flash with only the most rudimentary of tools — wax, iron (any heat source, really. Hell, once you made do with one of those long barbecue lighters), and just enough space to set up.

While the rest of your skin is kept under multiple, impenetrable layers of cotton and nylon, that patch of exposed face between your eyes and chin looks like a leathery loaf of bread left in the oven just a bit too long. And with every passing season, the goggle tan lasts longer and longer. Nowadays, there are only a few months when you don’t rock at least the remnants of a hard-earned goggle tan. It’s a badge of honor, son!

12. You consider Renee Renee an icon.

Sure, you give mad props to sponsored mainstream rippers like Shaun White and Gretchen Bleiler, but if asked who you’d most like to ride with, your immediate answer is Renee Renee — the man responsible for White Heat and the Mtn Lab’s craziest antics never gave up on dayglo onesies. The man. The myth. The legend. The Renee Renee. Keeping it real. Nuff said, ya’ll.

Ride every damn day. And the day don’t end and the beers don’t start flowing until the lifts stop turning. While the lifts are running, you’re always up for just one more run. Just one more.