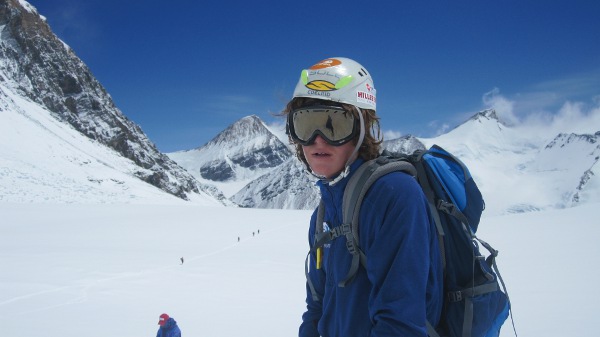 At a time when young people are setting adult-sized records, it was only a matter of time before another young kid climbed Mt. Everest.

EARLIER THIS YEAR, 17-year-old Johnny Collinson became the youngest person to climb the seven highest peaks on the seven continents. At the time, 13-year-old Jordan Romero only had two more peaks to scale before breaking the record. Late last week, Romero completed his climb of Mt. Everest, leaving him with only one final peak to climb: Vinson Massif in Antarctica.

Romero’s achievement follows that of 16-year-old Jessica Watson, who recently sailed around the world on her own. 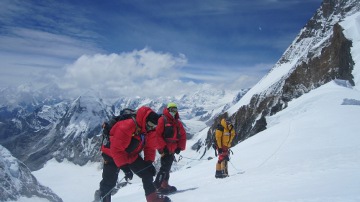 There’s certainly something admirable about Romero’s dedication to mountain climbing. Most 13-year-old boys are focused on surviving the awkward middle school years and finishing the latest video games. But the media has been giving this particular kid a rough time after all of these recent broken records by young people. According to a psychologist quoted in the New York Times:

“In many ways Jordan acts like a small adult, saying the right things and seeming to have it all together, but he’s still a 13-year-old boy rushing with testosterone to take on challenges. Teenagers have thin veneers that can easily crack from stress and lack the resilience of adults to bounce back from trauma.”

According the Romero’s blog, though, he “not only climbed Mt. Everest, but he climbed with unbelievable strength and skill.”

We’ve tackled the question of young athletes on Matador Sports before, and it’s sure to be a conversation we continue to have, especially if kids continue to swim further, run faster, and climb higher than anyone else their age. At the very least, we’ll watch Romero’s progress now that only one mountain stands between him and a new mountain climbing world record.

What are your thoughts about Romero’s climb of Mt. Everst? Let us know in the comments.

Tagged
Climbing Hiking Nepal
What did you think of this story?
Meh
Good
Awesome