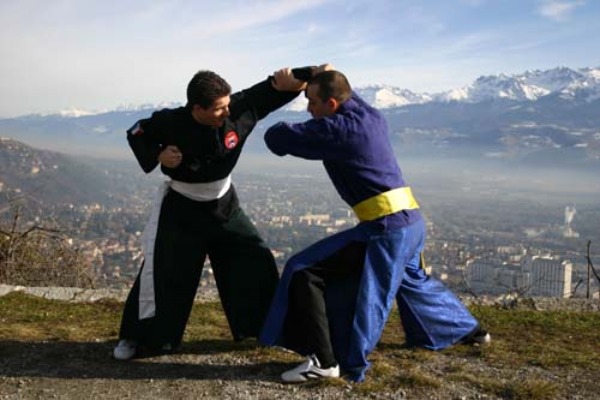 IF THE INCREASING popularity of mixed martial arts has brought us anything besides a jump in the number of musclebound dudes in sideways Tap Out caps and tight-fitting protein supplement T-shirts, it’s a rising mainstream familiarity with combat sports. But there’s more to martial arts than ultimate fighting, karate, judo, or tae kwon do. Here’s a look at five fighting styles you probably won’t be able to learn at your local strip mall.

Developed in Burma and influenced by Chinese and Indian martial art styles, bando bases its movements on those of animals, such as boars, pythons and scorpions. The python style involves motions that mimic the reptile’s asphyxiating maneuvers, while those studying the scorpion style will learn kicks that imitate the circular strike of the bug’s tail.

Primarily a defensive art, bando practitioners let their opponents come to them and then respond with counterattacks, including karate-like strikes and throws similar to those in judo. Only in the later stages of training do students learn offensive tactics. 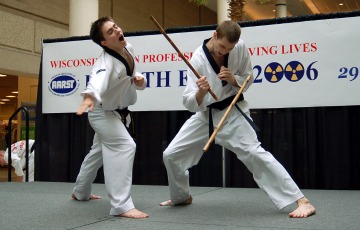 Also called arnis or kali, eskrima was declared the official sport of the Phillipines this past January. Its history is largely unknown, but what we do know is that eskrima owes its existence to tribal warfare in the Philippine archipelago; Spanish conquistadores also wrote about fighting against Filipino tribesmen armed with sticks and knives.

Students learn to fight with weapons as well as with empty-hand techniques like hand and foot strikes, grappling, and throws. Fighters typically use pairs of weapons, either two sticks made from rattan, a durable cane wood, or a stick and a wooden knife, though actual stick-to-body contact is rare during sparring. Styles can vary from region to region. 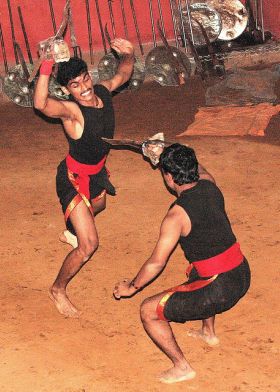 Dating back about three millennia, the Indian practice of kalaripayattu may be the oldest martial art in the world. Kalaripayattu is traditionally taught in a kalari–Tamil for “battlefield”–a 21-by-42-foot enclosure with an East-facing entrance and a seven-tiered platform, called a poothara, in the southwest corner. The poothara’s tiers represent the seven virtues anyone who practices kalaripayattu requires: strength, patience, commanding power, posture, training, expression, and sound.

Beginners in kalaripayattu start with lessons on stance, stretching, conditioning, and basic hand and leg movements. The focus then shifts to core strength, along with acrobatic moves such as flips and kicks. Students then progress to using small weapons such as the cheruvadi, or a short stick, and the gada, a type of mace.

After mastering these, students move on to fighting with a sword and shield, then into bare-handed combat. They must also be able to identify the 64 kula marmas, or deadly spots, on the human body.

Kalaripayattu has a close association with the ayurveda-based kalari treatment system, originally developed to help trainees recover from sprains, cuts, fractures, and other common battle wounds.

Kuntao—Hokkien for “way of the fist”—is a blanket term for the martial arts styles practiced by Chinese communities found throughout Southeast Asia. The style was originally kept hidden from those outside the Chinese expat community, but became widespread in the latter half of the 20th century.

Originally brought to the region by immigrants from southern China, modern kuntao incorporates elements of silat, a fighting style from the Malay Peninsula. Newer styles combine knee and elbow strikes with the same hand techniques used in wing chun, the martial art made famous by Bruce Lee.

On the Indonesian islands of Java and Sumatra, students practice a traditional form of kuntao supposedly inspired by the ferocious fighting style of tigers.

Disciplined training is all well and good, but sometimes you just want to grab a stick and beat the living hell out of your opponent. That’s the basic idea behind tahtib, a form mostly practiced in the northern region of Egypt.

The full name of the art is “fann el nazaha wal tahtib,” which roughly translates to “the art of uprightness and honesty through the use of a stick.” Depictions of tahtib gestures have been found in tombs dating back to the second millennium BC, when Ancient Egyptians used it as both a dance form and a way of training for the military.

In tahtib’s traditional form, one person strikes at an opponent’s head while the opponent defends, switching roles after each turn. What it may lack in grace or subtlety, tahtib makes up for in entertainment value, as it is often practiced to bass drum and pipe music. At times, tahtib is a performance, but the severity and seriousness of the head strikes often escalate as the action does.

Seth Leighton gets thrown into the ring in Everyone Wants to Watch the Foreigner Fight.

What did you think of this article?
Meh
Good
Awesome
Bookmark
Posted In
Travel
Destinations
China Egypt Indonesia Myanmar Philippines

The stark beauty of Myanmar’s monasteries

Check out these stunning portraits of Myanmar’s people and culture

Solo travel in Myanmar: My experience in 15 beautiful images