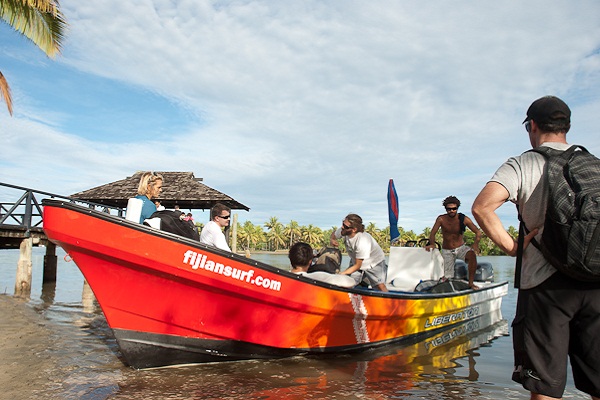 As of this year, Fiji’s breaks are open to all surfers. Rhys Stacker gives his picks for the islands’ sweetest spots and best digs.

WITH WARM WATER, consistent swells and some of the friendliest people on the planet, it’s no surprise Fiji is a popular destination for travelling surfers.

Until recently, access to some of Fiji’s best-known waves was restricted, with surf resorts claiming exclusive rights to nearby areas. In order to go to breaks like Cloudbreak and Swimming Pools, surfers needed to stay on nearby Tavarua or Namotu Islands at a cost of over US$200 per night.

On July 9, 2010, Fiji’s government changed that when it issued a decree that opened access to all surfing areas. Now, Fiji’s premium waves are open to everyone, even those on a budget. 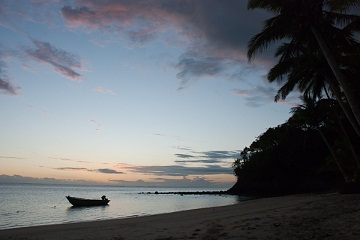 Fiji consists of two main islands, Viti Levu and Vanua Levu, as well as hundreds of smaller islands. The most well known surf zone is off the west coast of Viti Levu, and includes waves like Cloudbreak, Restaurants, and Wilkes Pass.

If you can afford the high price tag, staying on the islands will give you easy access to the breaks by boat. Otherwise, many surfers choose to stay on the mainland and pay FJ$80-120 for a boat ride to the surf. The backpacker area around Wailoaloa Beach in Nadi has several hostels; Smugglers Cove (http://www.smugglersbeachfiji.com) is one of the newest and biggest.

The Coral Coast along the south of the island is home to numerous waves, most of them a short paddle from the beach. There are also some great hostels in the area, including Mango Bay and The Beach House. The Coral Sun tourist bus from Nadi or Suva will drop you at the door.

Beginners should head for the beaches of Sigatoka and Natadola, where the sand bottom and smaller waves are more forgiving.

Alternatively, if you have enough time and your own boat, the potential for waves along the north coast of Viti Levu and the Lau island group is almost limitless.

A good compromise is to aim for the months of April, May, and June, when the winds are at their lightest and the swells become more regular. The uncomfortable heat and humidity of summer will also have diminished slightly by this time. 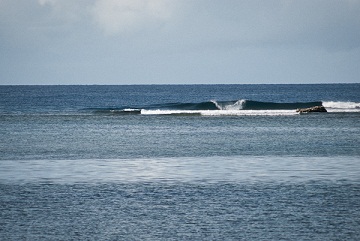 Fiji’s waves range from raw, open-ocean reef passes, like Cloudbreak and Frigates, to perfect, hollow breaks, like Hideaway. A regular shortboard plus a step-up board a couple of inches longer should cover most conditions. If you’re taking three boards, then something above seven feet will be handy for the big days.

Some resorts and surf schools also rent boards. Try Ian at the Fiji Surf Co (http://www.fijisurfco.com) in Nadi. Since most of the good waves are in remote areas you should take everything you need, including spare fins and several leashes.

The reef is razor sharp so a good first aid kit is essential to patch up inevitable cuts and scrapes, which may otherwise become infected.

Budget on less than FJ$10 for a meal at a Fijian or Indian restaurant. Hostels serving Western food charge between FJ$10 and FJ$20, while the upmarket resorts charge Australian or US restaurant prices.

Fresh fruit is available almost everywhere, with many villages selling mango, paw paw, and pineapple from roadside stalls for FJ$1.

The local beers are Fijian Gold, Fijian Bitter and the new, upmarket offering Vonu. All are Australian-style lagers with a mild taste, and are best served ice-cold. Budget on FJ$3.50 and above in a bar, less from supermarkets.

Most resorts and hostels have their own bars, but with many guests taking part in outdoor activities during the day, the atmosphere can be quiet. For some excitement, Ed’s and the Ice Bar in Nadi are popular with travellers and locals alike. 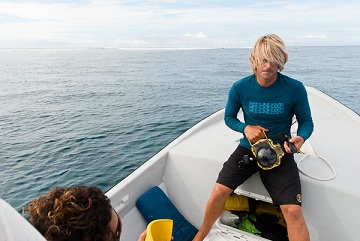 Cloudbreak
Now is the time to test yourself on one of the world’s best lefthanders. It holds from two feet to twenty, and is best in south-to-southwest swells and east winds. It works in any tide.

Restaurants
This mechanical lefthander starts to break when nearby Cloudbreak reaches six feet, and can tube for several hundred meters. The downside is the very shallow and sharp coral reef.

Natadola Beach
This outside lefthand break is for experienced surfers only, best in south to westerly swells and southeast trade winds. On high tides and larger swells the inside bay has a fun wave for learners that breaks over sand.

Sigatoka
This river-mouth wave is a nice change from surfing powerful reef breaks. Best on low tide, small swells, and light winds, Sigatoka can produce fun lefts and rights, but watch out for the strong currents. Budget accommodation is available at Club Masa Surf Camp.

Another open-ocean lefthander, accessible by boat from Waidroka on the south coast of Viti Levu or by staying at the nearby Batiluva Beach Resort on Yanuca Island. Fun and playful at three feet, but for experienced surfers only above six feet.

Check out our photographic tribute to cold-water surfing.

Tagged
Surfing Trip Planning Fiji
What did you think of this story?
Meh
Good
Awesome

14 Over-Water Bungalows To Dream About at Work

Why the Obsession With Time Lapse Video?