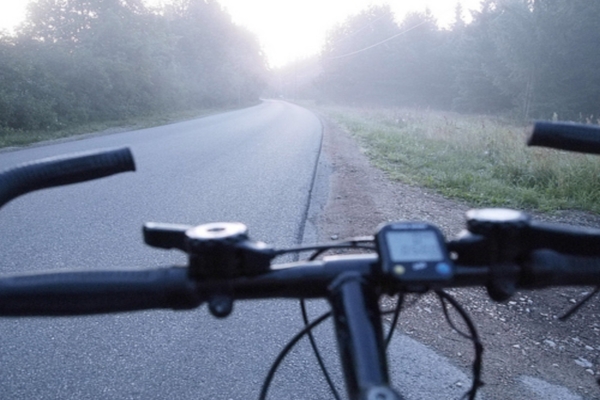 Tour by bike, by Dainis Matisons

Alan Bate is bicycling around the planet in an attempt to break a new world record: 28,970 kilometers in 99 days.

ON MARCH 31, 2010, Alan Bate set out on a round-the-world bicycling trip. He hopes to do a full loop around the globe in 99 days, but he’s got a pretty tough record to break: Julian Sayarer was the last person to set a record in 165 days.

His route kicked off in Bangkok, where he traveled through Thailand and then Malaysia and Singapore. Bate’s journey also takes him to Australia, New Zealand, the USA, Canada, South America, Europe and eventually right back to his starting position in Bangkok. Basically, he’s giving a whole new meaning to RTW travel.

The rules for setting a world record, however, aren’t all black and white. The Guinness World Records have produced a set of rules for circumnavigation by bicycle, which allow competitors to gauge their success against one another. 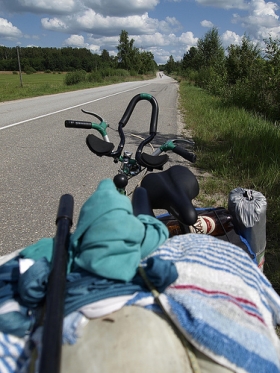 Tour by bike, by Dainis Matisons

-The journey must be continuous and in one direction (east to west or west to east).

-Distance traveled refers to the times when the rider is jumping from one landmass to another (e.g. crossing the Atlantic Ocean). Distance ridden, obviously, is the ground that the rider has ridden. Transit time is deducted from the overall time.

-The rider must use the same bike, but repairs and replacement of broken parts are allowed.

Why He’s Doing It

Alan Bate is a huge Thailand lover, and actually set out to break the world record in honor of the king of Thailand. In doing so, Bate wants to draw some positive attention to the country he cares about so much, especially by creating a bond with the United Kingdom. In doing so, Bate feels there is a great opportunity for economic ties and tourism.

He also has a hand in various charitable organizations, like Right to Play, which encourages children to play sports for development, health, and peace. He even intends to draw some attention to the plight of Burmese refugees by the Myanmar border.

At Matador Network, we’ve chronicled stories of cycling in places like Vietnam and Ethiopia. Where is the most unusual place you’ve ridden a bike?

6 dishes that shaped New Zealand, from traditional Māori to post-European