THE THERMOMETER READ -35 °F. By the time we’d geared up — sticking climbing skins to frosty skis, buckling ski boots on cold feet, and donning down layers, hats, balaclavas, and gloves — we were shivering.

We didn’t discuss our options. We just crossed the highway, stepped into our bindings, and headed into the woods. 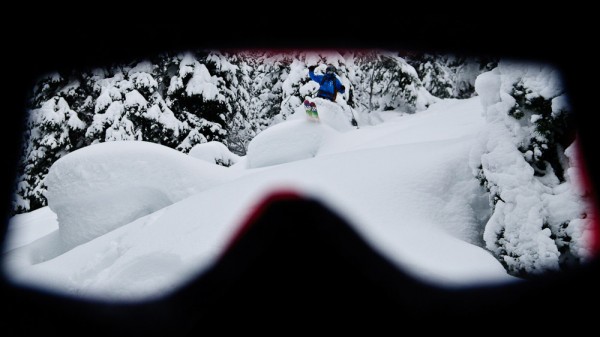 Watching as Jerome searches for the perfect pillow.

While we weren’t short in backcountry experience, we couldn’t follow established strategy and avoid sweating. If we moved slowly, we froze. Instead, we sprinted for the Clemina Cabin, located only 5km from the trailhead. I just hoped there would be firewood.

Fighting pillows in the trees

For me and Ben, sleep was elusive. Despite our brave-faced skin up to the cabin and a daylight-fading summit bid, we could barely shut our eyes. If it wasn’t the now oppressive heat from the woodstove, it was the three French Canadian chainsaws that made it impossible to rest. By early morning, we’d had enough and crawled downstairs to find gray skies and falling snow; we called it s1, avalanche terminology for one centimeter per hour. 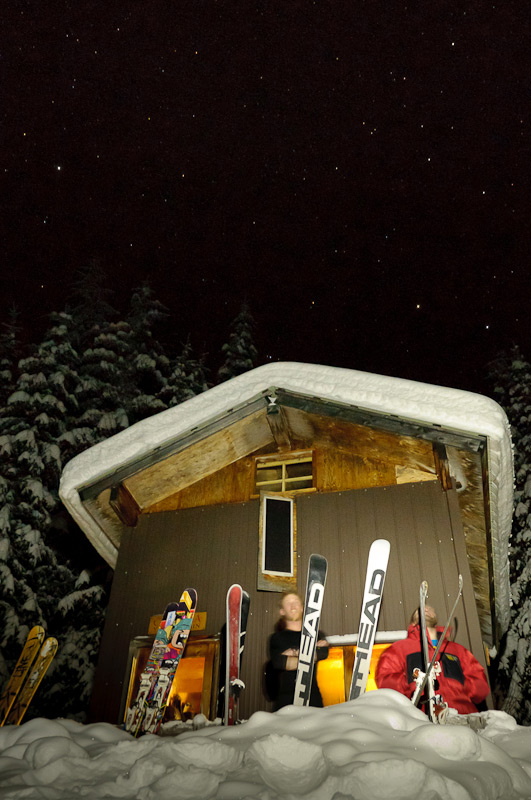 Ben and Noe watch the storm blow in from the south; the stars didn't last long above the Clemina Cabin.

Poor visibility and new snow ruled out another trip into the alpine for fear of avalanche conditions, so we snuck out for an early morning lap in the trees. Silence surrounded us as we climbed towards the treeline, no doubt each wishing we had more energy. Finally, we peeled the skins from our skis, stepped into our bindings, and dropped in. Fresh snow blanketed everything, turning stumps, fallen logs, and rocks into pillows. We sunk our bases into each and received the perfect wakeup call — face shots shooting against our smiles on every turn.

Back at the cabin, four dreary souls were slowly abandoning their sleeping bags in favor of polypro and Gore-Tex. By the second lap, all six of us were hooting and hollering through cold smoke. The cycle continued for two days. 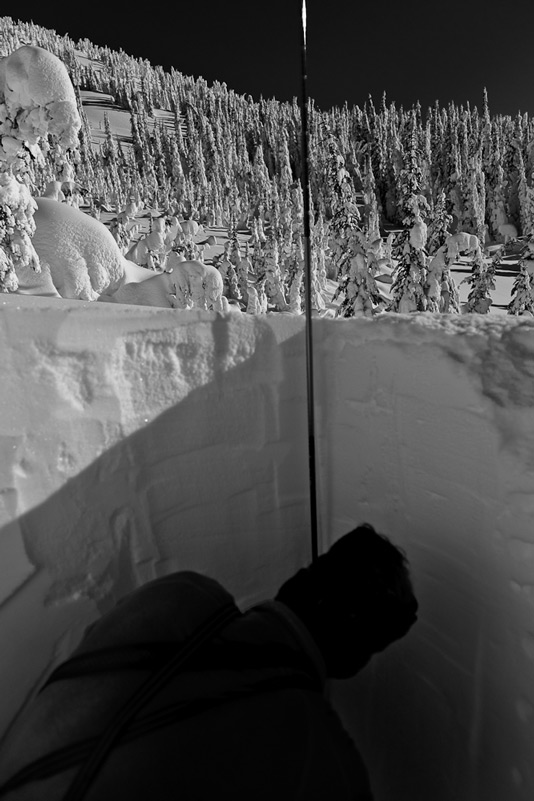 Playing in powder comes with inherent risks: Ben checks the snow stability and finds a weak layer 23cm below the surface.

Our adversary? Tree wells deep enough to swallow a skier whole. We had close calls — Ben double ejected and dove headfirst into one too shallow to kill, while Jerome bounced off a tree and flung himself to safety.

Being stationed along deactivated forestry roads and only 5km from the highway made food easy; we weren’t shy about adding weight to increase flavor. Our menu was ridiculous: bacon, onion, and mushroom omelets and pancakes with maple syrup for breakfasts; chicken noodle soup and deli-style flatbread sandwiches for lunches; Pad Thai chicken and spaghetti with meatballs for dinners; chocolate, coffee, tea, and trail mix for snacks. 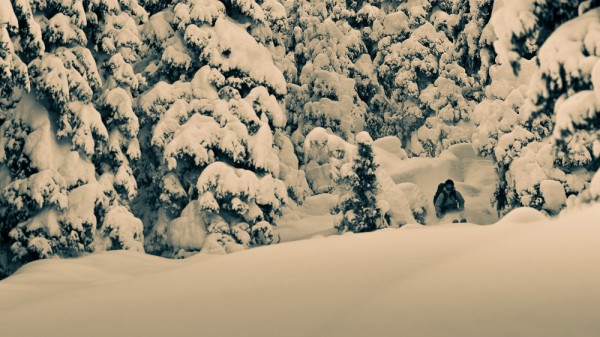 Jerome searches for the perfect line through the trees.

We weren’t shy about nightcaps either. A flask of spiced rum, two bottles of wine, six beers, 40oz of whisky, and 1000ml of premixed rum and coke made it into our backpacks.

What we didn’t plan for was water. And it takes a lot of melted snow to keep six hard-charging skiers hydrated.

Melting snow became a full-time job. We never stopped dragging buckets of snow in to the fire. We’d make trips before breakfast, between ski runs, after lunch, during dinner, and periodically throughout the night. 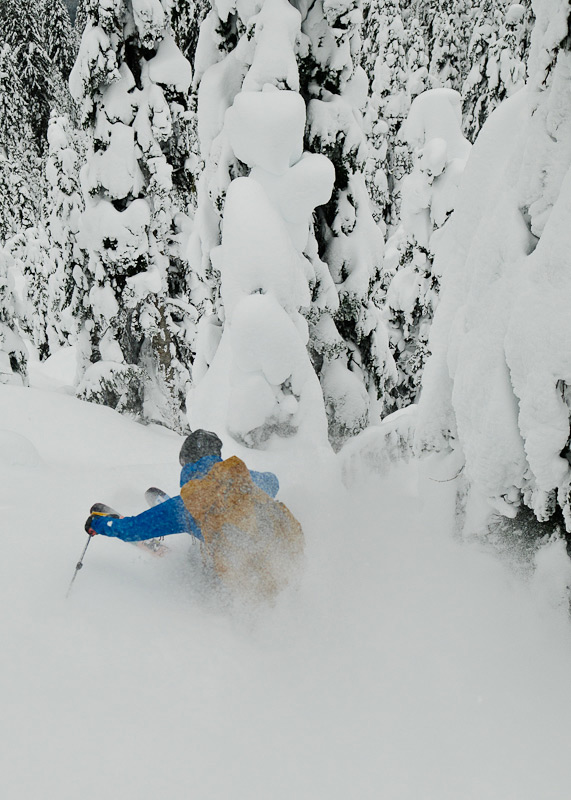 Looking for an opening in the trees isn't always easy with snow blowing in your face.

Micro-adventures don’t have to be expensive. Our entire weekend — which included driving two cars to the trailhead, three days’ food for six people, and two nights in a backcountry cabin — totaled $300, or a mere $50 per person.

If you like hiking and you like beer, Washington State is the place to be
How to hunt for mushrooms in Oregon’s coastal rainforest
The best Maldives experiences that combine luxury and wildlife
Outdoor gear for the fashionista in your life
For the perfect day of hiking and Colombian coffee, head to Jardín

The ultimate gear guide for your winter ski trip