FALL IN NORTHERN WISCONSIN means several things: leaves that erupt in a cacophony of color that can rival anywhere in the world, Green Bay Packer football, and hunting. For me, hunting has always meant chasing Ruffed Grouse with my dad and the dog along the old lumber roads that spider web through the forests surrounding Mercer, Wisconsin (pop. 1,342).

The Ruffed Grouse, scientifically known as Bonsa umbellus, is one wily bird. One of 10 grouse species native to North America, the Ruffed Grouse is one of the smallest of the grouse family, ranging in size from 17-25oz, slightly larger than a common pigeon. They’re considered the most widely distributed game bird in North America, currently residing in all the Canadian provinces and 39 of the continental 48 states.

Widely distributed they may be, but speak to anyone who’s spent time in pursuit of the Ruffed Grouse and you’ll hear about how difficult it can be to find and shoot them. Days are spent wading through brush and pushing through brambles only to be rewarded with hearing a bird take off nearby in deep cover, gone so quickly you’re lucky to get a glimpse, much less a shot.

This post was produced in partnership with our friends at Gerber, whose gear is stoking out the Matador Ambassadors. 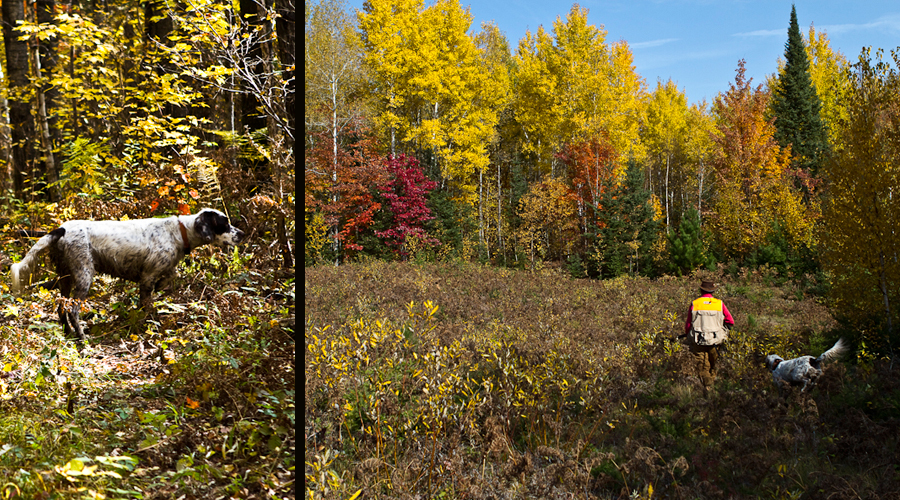 A bird dog ‘on point’ is a beautiful thing. Watching a well-trained dog hunt birds never ceases to amaze. I like to think of it as a type of peak experience for them, during which every fiber of their being is focused on this one task, a task they love on every level. Instinctually, physically, mentally…all systems go. I’m pretty sure he dreams about these couple of weeks all year long. 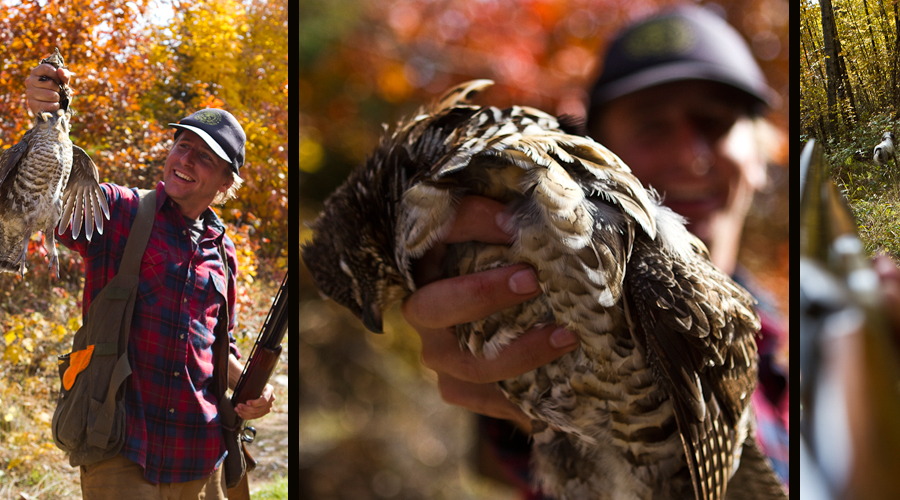 It always happens fast. Dog on point, bird flushes, raise gun, pull trigger…and in most cases (at least mine) watch the bird fly away. Occasionally the stars align and the bird drops. 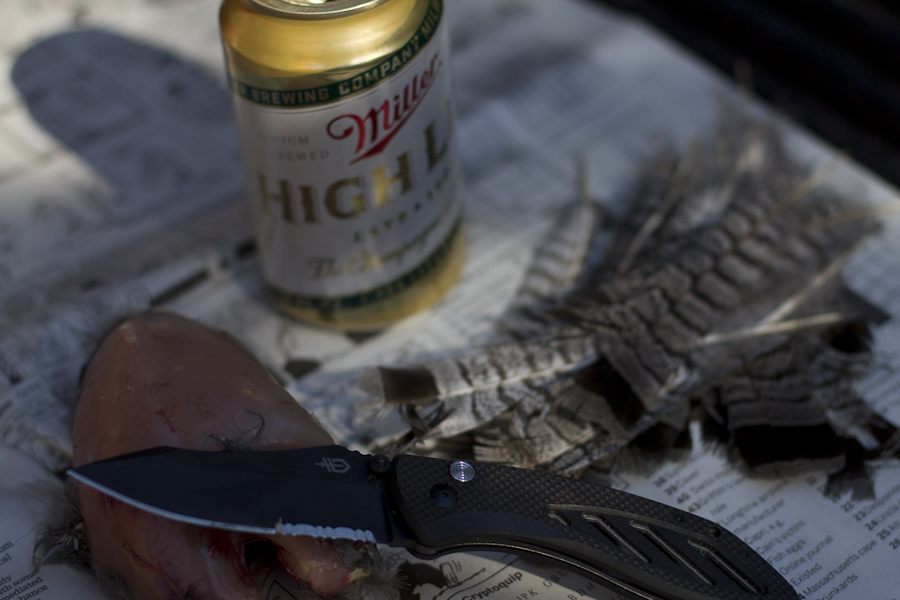 Ruffed Grouse is, in my humble opinion, the best tasting bird on the planet. More delicate than chicken, more substantial than quail, and when prepared well (i.e., baked and served over angel hair pasta with pesto) a true delicacy. In our neck of the woods, a cold Miller or Leinenkugel is pretty much a mandatory accessory. 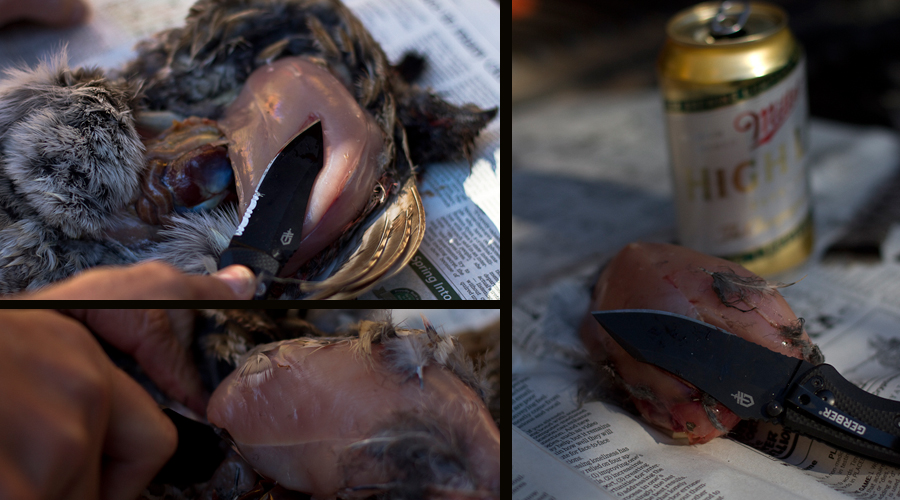 First you’ve got to clean the bird. 3 steps (counter clockwise from top left): 1. You ‘breast’ the bird, which entails cutting back the skin and feather from the breast. 2. You ‘wing’ the bird, cutting the wings away from the breast. Made easier by a super sharp knife like the Gerber Instant. 3. You cut the breast away from the entrails, leaving a nice-sized breast ready to be rinsed and cooked. 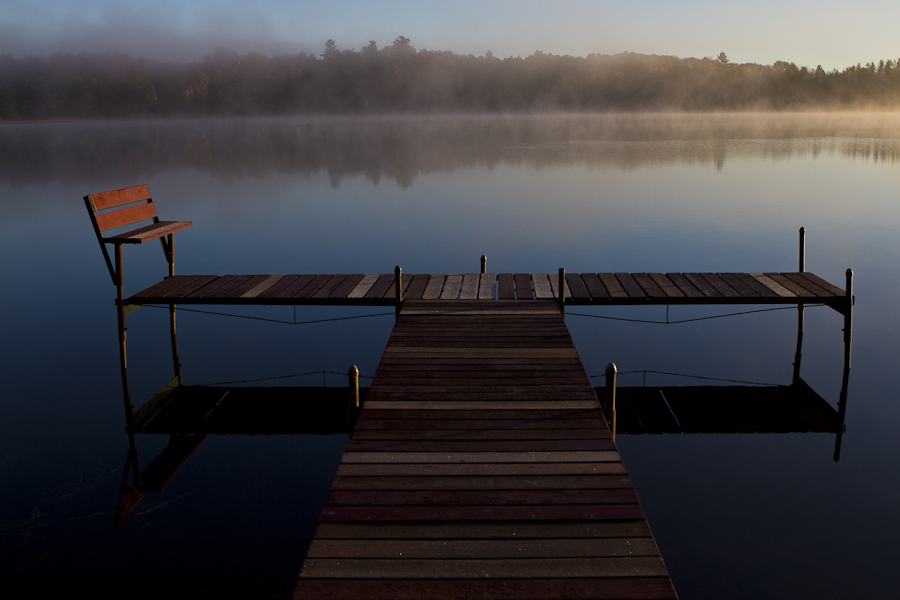 The large temperature range during the fall creates misty mornings on the multitude of lakes in the area, making for some beautiful early-day moments. The mist also hangs on the leaves and brush, holding the bird’s scent as they feed and making it the best time to chase grouse. 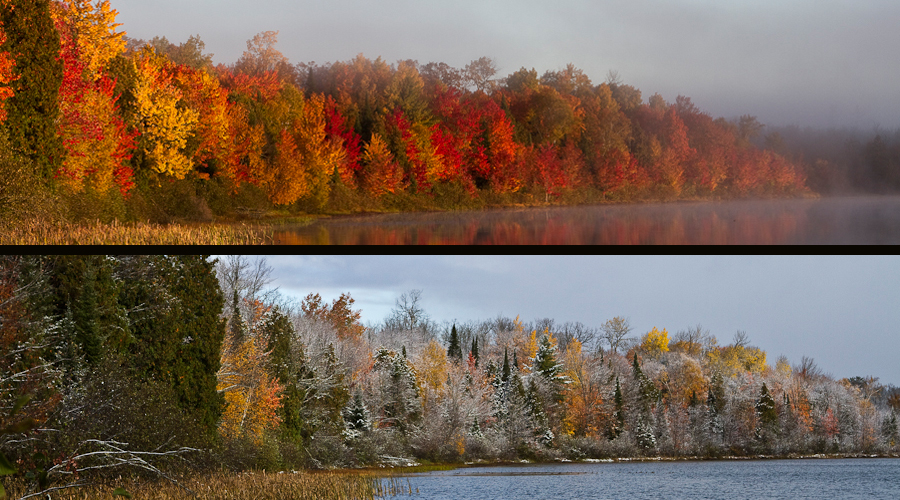 The seasons change quickly in the north woods. From an Indian summer bursting with color to an early snow in less than 48 hours and no one was too surprised. These two vistas were shot within that 48-hour span. 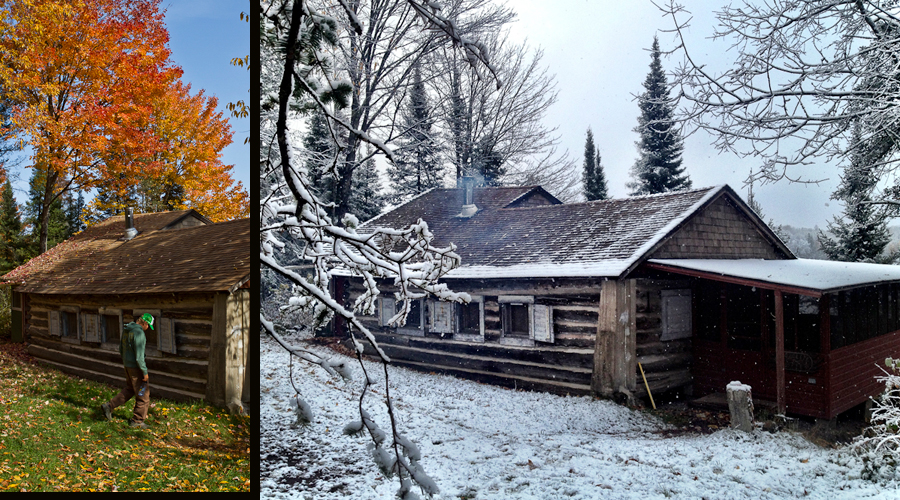 To the beginning we always return. My earliest memories are from this place. There is a pretty good chance I was conceived here. It's certainly where I had my first beer. I return every year without fail to count the years and watch the leaves fall. Through the timeless cycle of highs and lows, successes and failures, tragedy and celebration, this place has been an anchor to what really matters in my life. 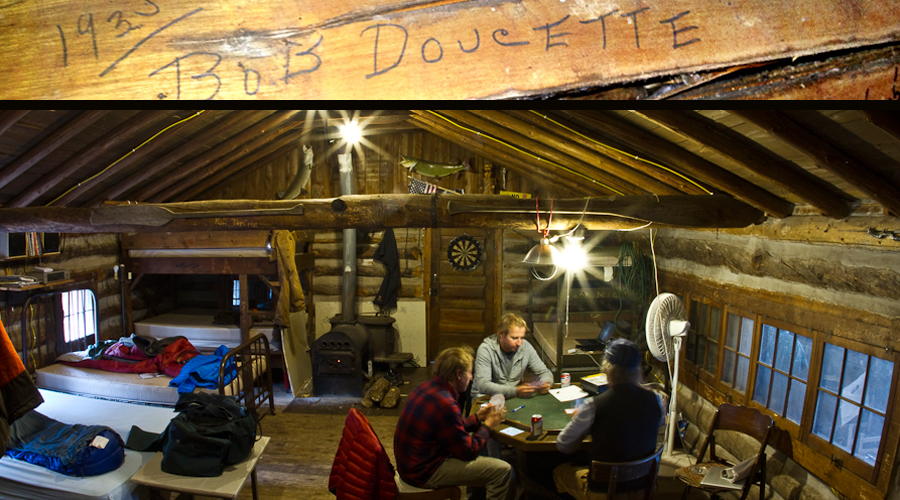 The writing is literally on the walls. Built in 1906 by the great grandfather of my grandfather, the past 107 years has seen 5 generations of our particular branch of the Doucette’s come to this cabin on a small lake, deep in the north woods of Wisconsin. We come to hunt, fish, gamble, and solve the world’s problems over a case of Miller High Life. Mostly, we come to remind ourselves what family means and to raise a shot and a cold beer to our ancestors, for this is, without a doubt, where all of their spirits live. I hear them all laughing around the card table after a long day on the water or out in the woods, and it's a beautiful thing. 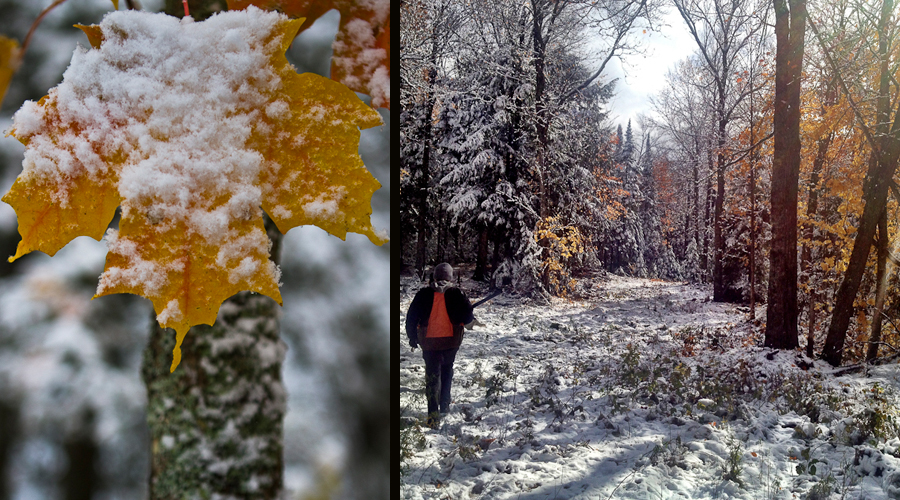 The early snow turned the forest into a landscape of contrast. The flamboyant colors of fall mixing with the stark beauty of winter’s snow was a boon for the lens and made for some great hiking and hunting. 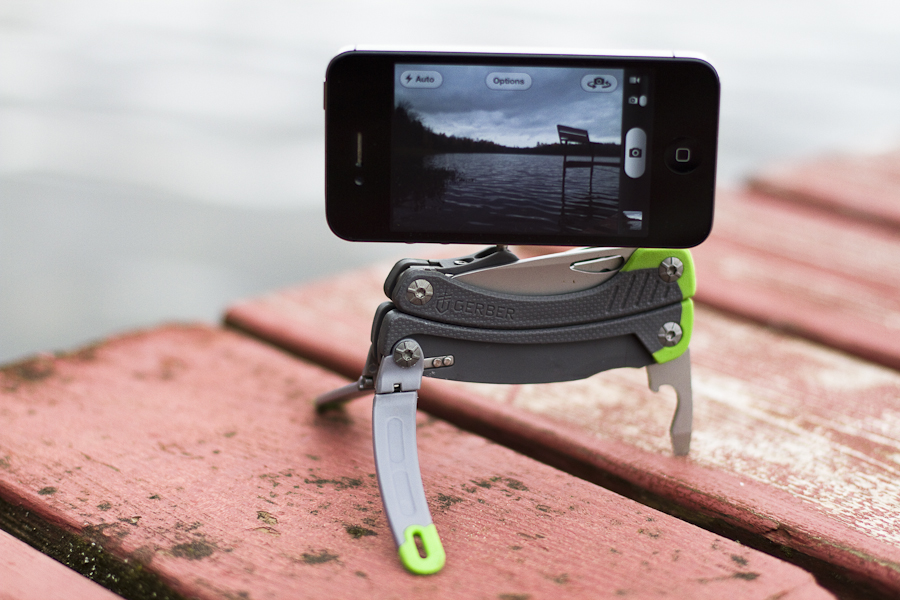 Many of these photos were shot using an iPhone…truly incredible what the camera on that thing is capable of. Making the iPhone camera even better is the use of this Gerber Steady Multitool. The combination of the camera+app and this tripod feature really took the capability to another level.

Tagged
Wisconsin, United States Ambassadors
What did you think of this story?
Meh
Good
Awesome
✖
travelstoke
Download the mobile app
stoked by