I KNEW 2011 would be our last in Argentina. I’d been there since 2007, jumping across the border to Chile with such regularity that custom agents knew not just my name but also my favorite football team. I barely exaggerate. But soon it would be my last trip over the Andes to Santiago and an Air Canada flight home.

My wife and I were just waiting for her Canadian residency to be approved. Searching the mail for a brown manila envelope from the Canadian Embassy became a daily obsession. The mailman was beginning to greet me by name.

To stay sane, we decided to skip town. 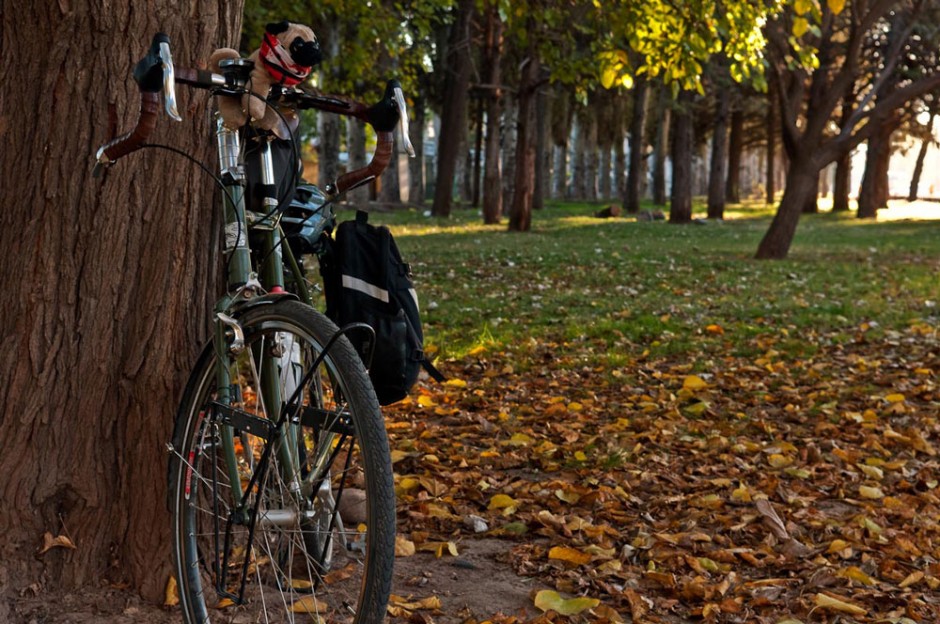 After four years in Mendoza, I'd used every excuse to head south to Patagonia. It was why I'd originally come to Argentina and it'll likely be why I return. This trip would be different. Autumn made it an easy decision to head north to Salta. 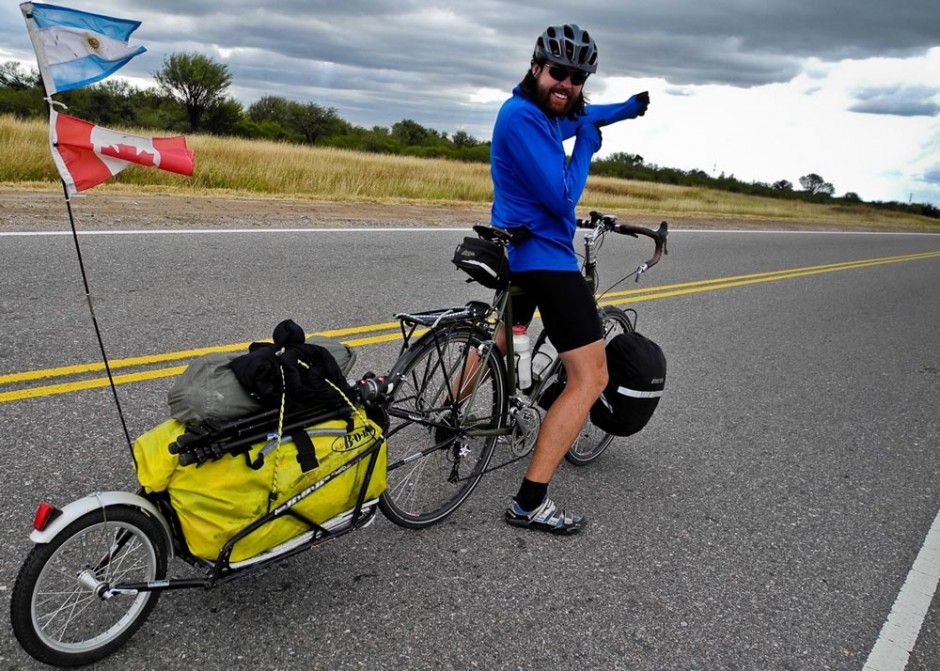 Do NOT stop riding

On our previous bike trips in Patagonia, we'd battled headwinds. For this trip, we didn't just hope for tailwinds. We made them a rule. If there was too much wind, we'd put it at our backs. Within a week, we were in Cordoba, some 500 kilometers east of our planned track. 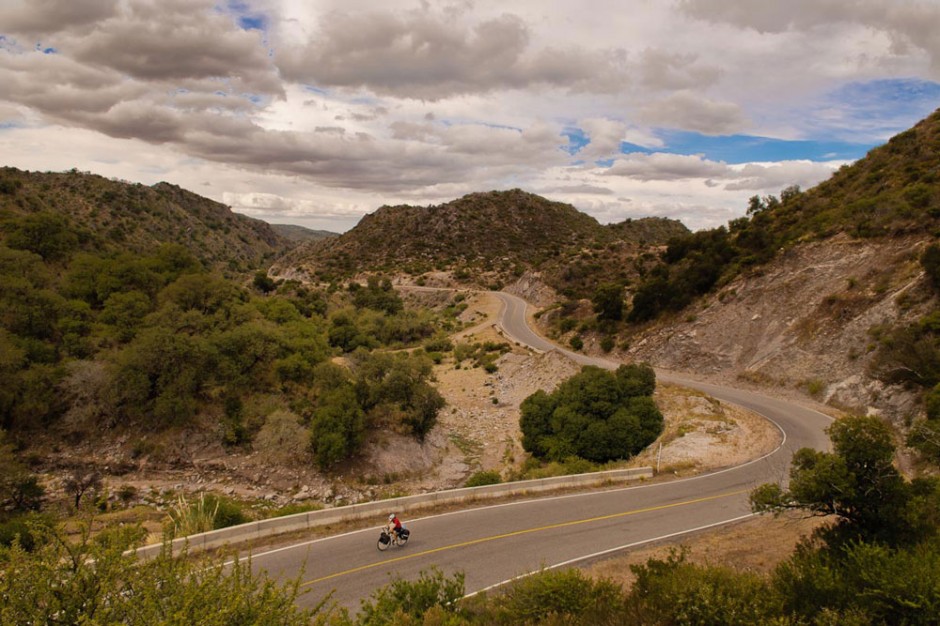 This photo would come to define our trip. Whenever there were two roads to choose from, we'd take the route that offered the biggest climb. In this case, it was the shortcut between two San Luis landmarks: Potrero de los Funes and Ciudad de la Punta. The former is known for its auto racetrack that hosted international GT1 races in 2010 and 2011. The latter is Argentina's youngest city, founded in 2003.

Is there NO shade in Argentina?

I often joke that it's always sunny in Argentina. It turns out I might be right. After three major bike trips in the country, my gore-tex pants still haven't made it out of my pannier, but I've used four bottles of SPF40. 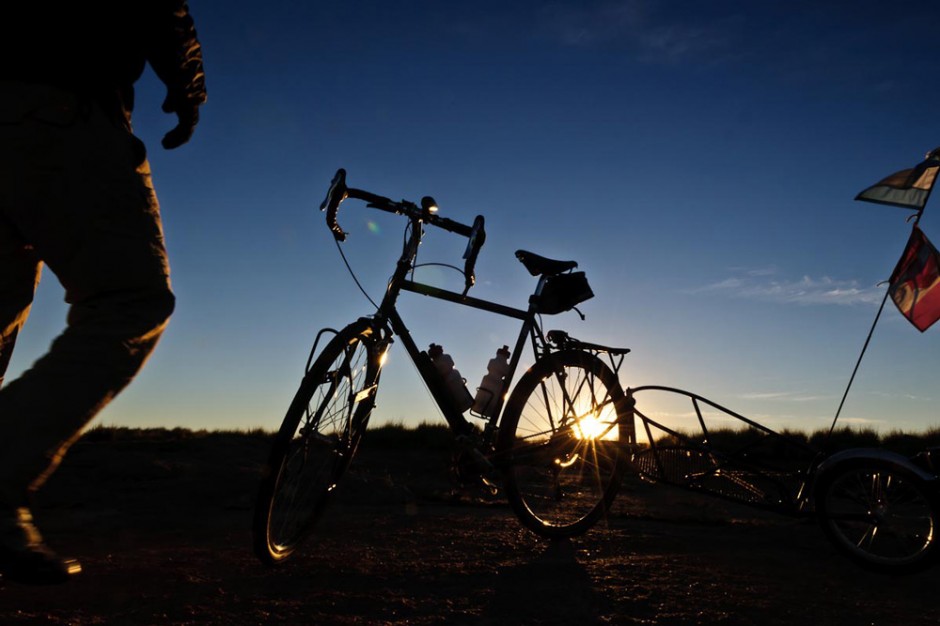 No longer tied to a schedule, we had little use for a clock. We ate when we felt hungry, we went to bed when we grew tired, and we always woke up for sunrise. 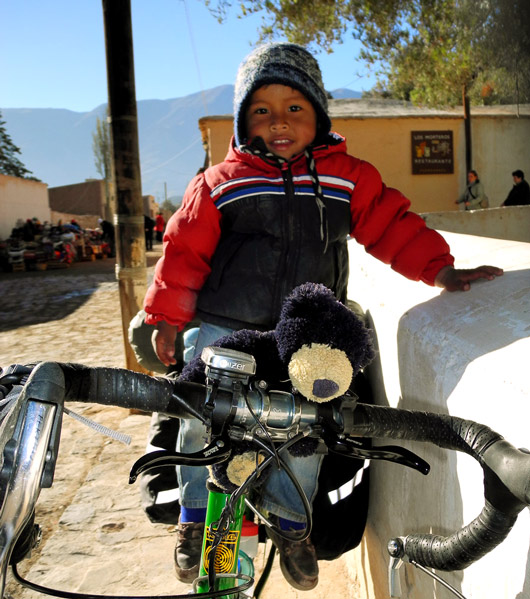 After a quick market stop, we returned to the bikes to find an eager rider

We often left our bikes unlocked and unattended in small towns as we went in search of food or lodging. Despite countless warnings about theft, we never had a problem. Instead, we often found curious locals checking out our bikes or waiting to ask us questions. 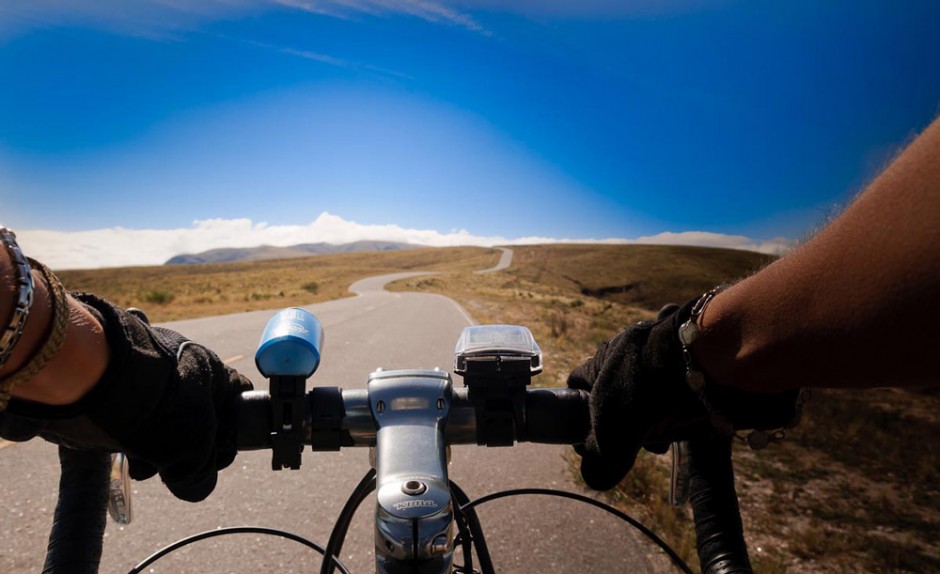 A lesson we learned while cycling in Catamarca: never trust non-cyclists for road descriptions. We'd talked to locals who all suggested it was a fairly short, easy climb across the sierras to Catamarca's capital. It took us three days to reach the pass. 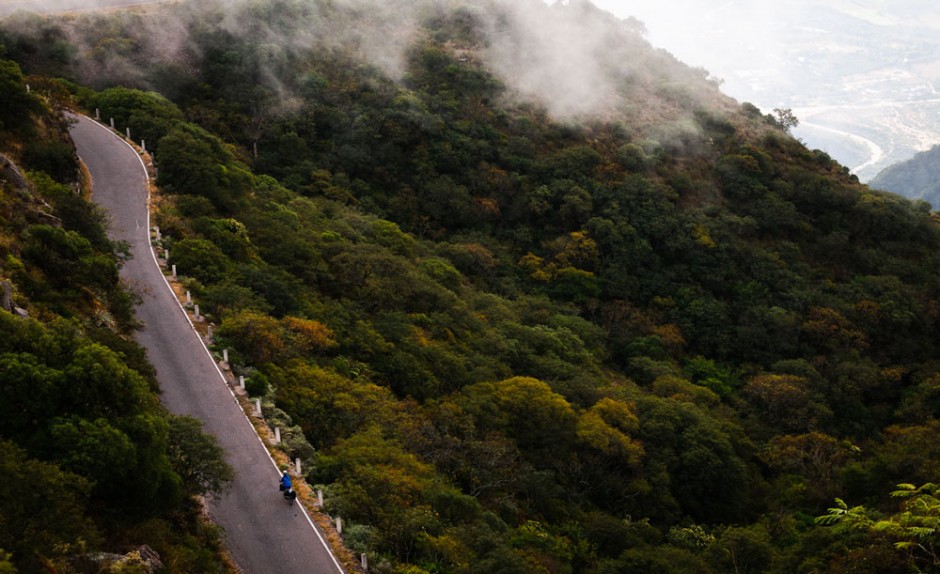 The Cuesta del Portezuelo is such an epic hill that it inspired a folk song that talks about its dream-like view over distant towns. Its twisting asphalt lines - a dream descent - are said to show how life itself works. 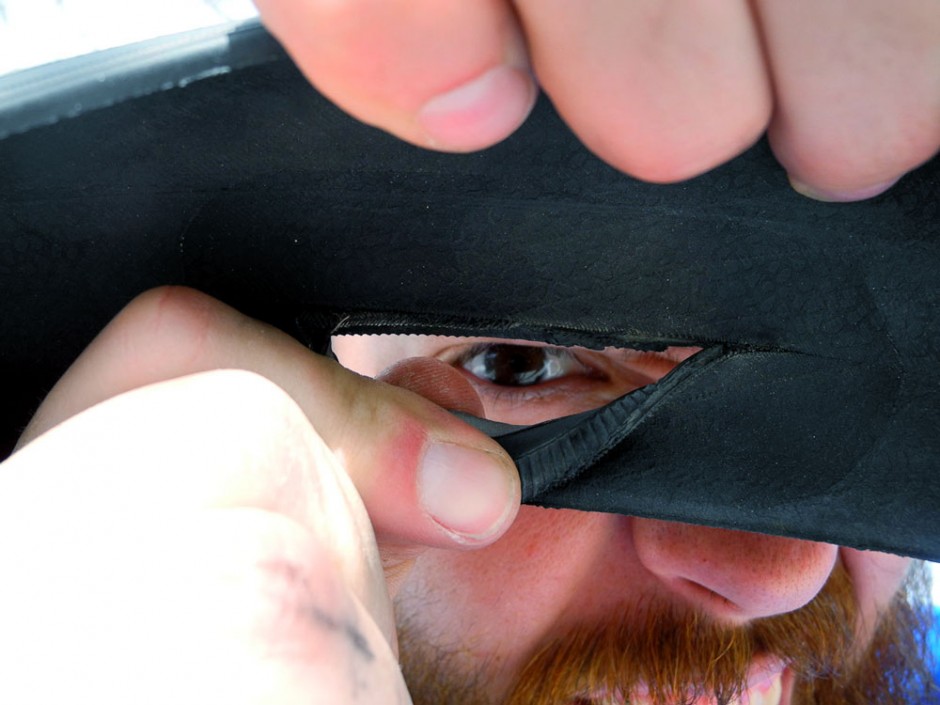 Need a gear recommendation for an upcoming bike tour? Buy Schwalbe Marathon Plus tires. Despite a manufacturer's defect to its sidewall, my front tire lasted 7500km of gravel and pavement before its first flat. At 9000km the sidewall burst. And then Schwalbe sent me a free replacement. 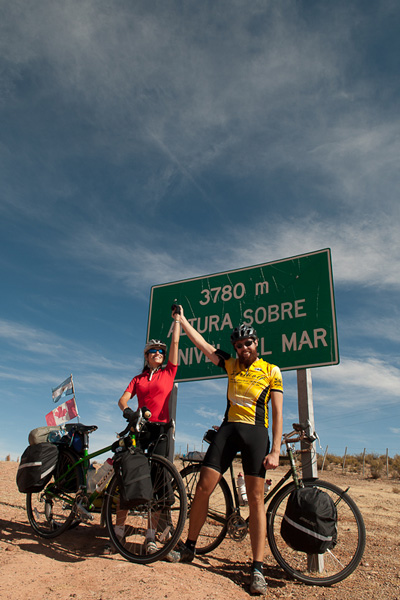 It's easy to get high in Jujuy, Argentina, but it's still worth celebrating

Running out of time on my tourist visa, we hopped a bus to Bolivia from San Salvador de Jujuy. Because the La Quiaca/Villazon border sits at 3442 m.s.l., our decision turned out to be a mistake. It took four days to wean me off altitude sickness pills and medical oxygen before our trip continued. 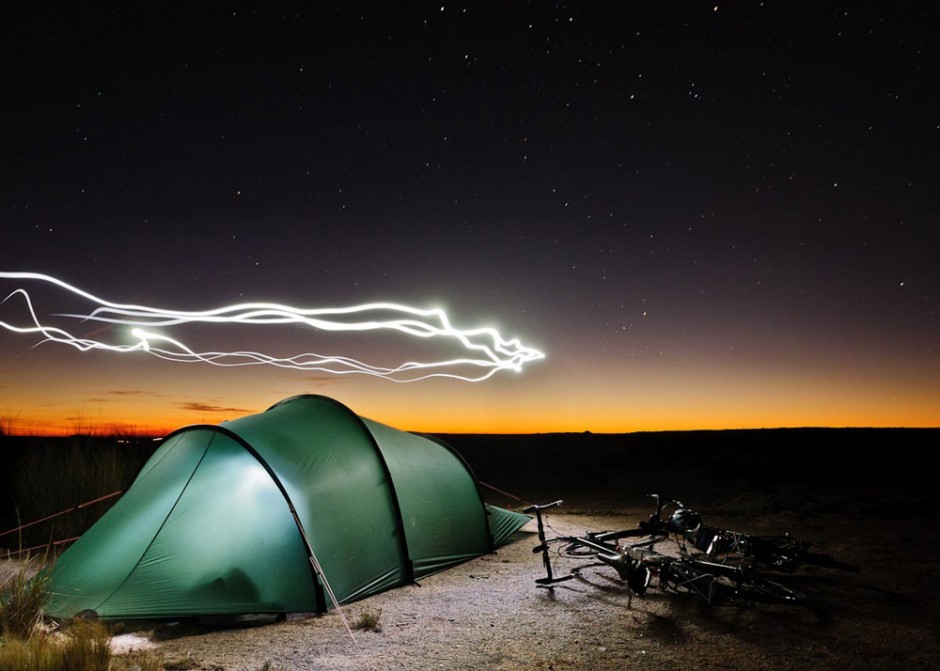 A pefect campsite atop the Sierras de Cordoba

Our nightly home may be lightweight and portable, but it's also comfortable and efficient: After two months on the road, we could set up and tear down camp in minutes. More importantly, we knew which two sweaters built the best pillow.

Tagged
Cycling Argentina
What did you think of this story?
Meh
Good
Awesome

Buenos Aires’ coolest rooftops to go out for a drink