View all travel news
Top Destinations
Top CitiesView All Destinations
Trending Regions
Trending Cities
Load More
In the spring of 2011, Shon Bollock, Darin McQuoid, and crew took off to Japan for a kayaking adventure. Here’s what went down on that trip. 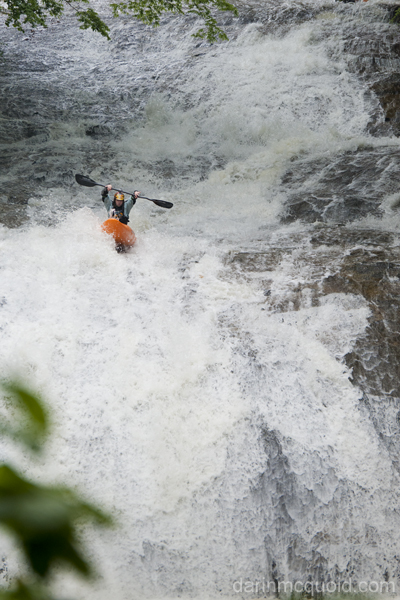 First rapid of the trip

Thanks to a nonstop flight from LA, Shon runs his first Japanese rapid less than 24 hours after leaving home. 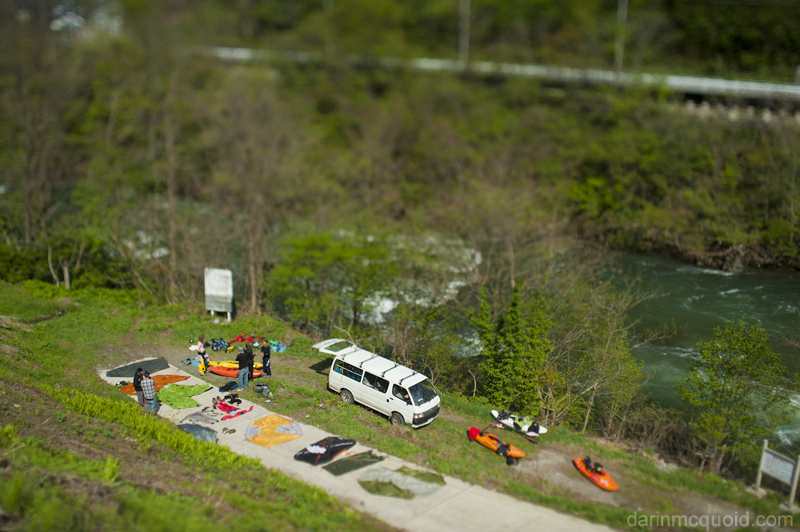 Campgrounds are not common in Japan, but thankfully parking lot camping is more or less ignored as we dry our gear outside of Minakami. 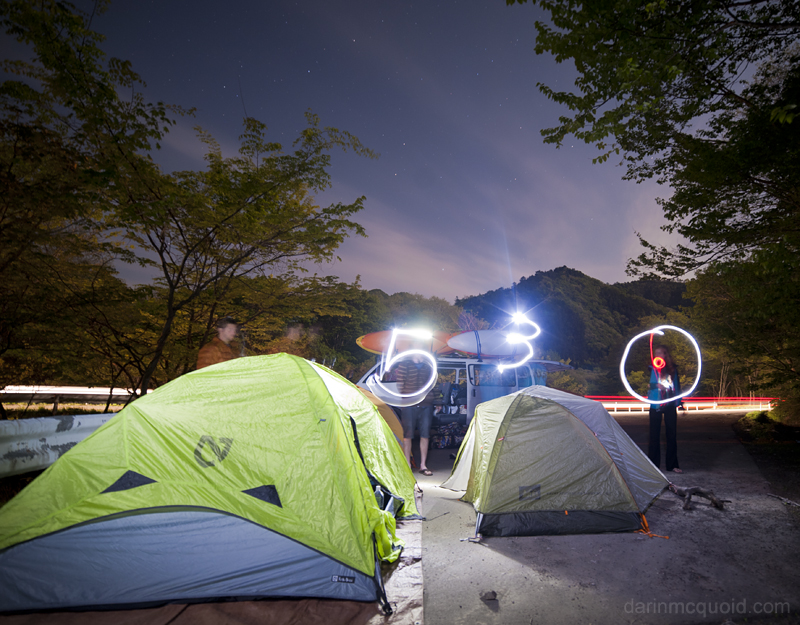 Homage to an area code

That morning, just outside the radiation zone in Miyagi Prefecture, we had scouted a beautiful section of river that became know as Phoenix Falls, named for an engraving of a phoenix rising out of cherry blossoms on a 200-year-old shrine overlooking the falls. Not wanting to drive any extra distance (expensive gas prices!) we take parking lot camping to the next level. Restless and unable to sleep due to anticipation of running Phoenix Falls, we pay homage to the 530 area code: an incredibly rural area of Northern California (30 miles south of Oregon) that Shon and I grew up in. 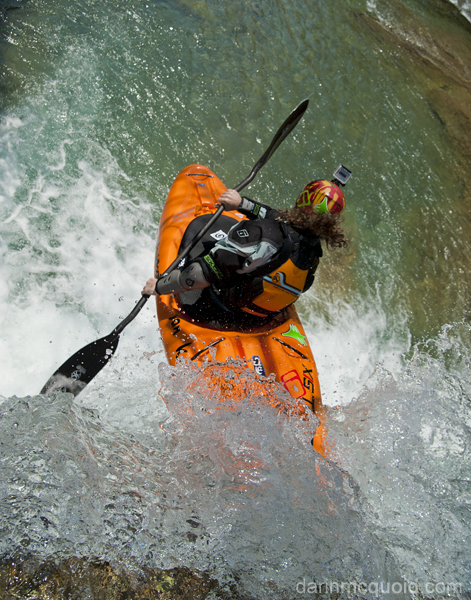 One of the oddities in Japan is the prevalence of small, manmade dams to help prevent erosion. Most have shallow landings, so Shon boofs out to land flat. 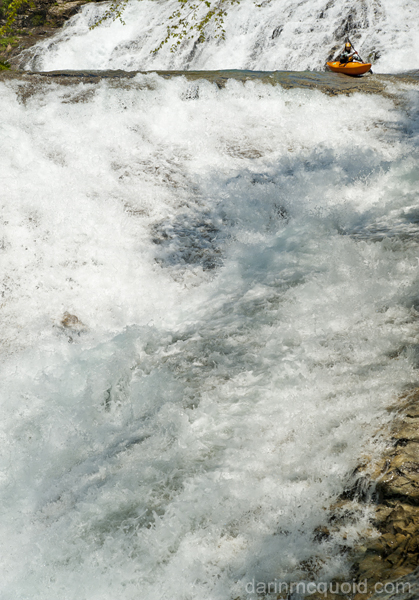 Chased by a goat

Off the water this was our most hilarous day of the trip. Scouting the river by car, we pulled into a parking lot where a kamoshika (Japanese goat-antelope) was attempting to mount the spare tire on the back of a small SUV. Trying to film him, we captured his attention and he proceeded to chase us up and down the road for over a kilometer before we managed to lose him, as he started chasing another car. 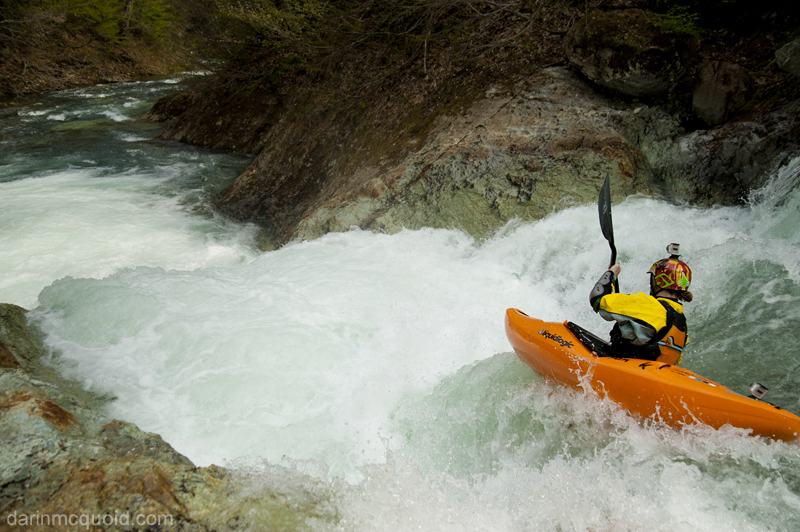 This rapid on the Zakogawa River has big hydraulics and a high potential to cause a swim. Shon steps it up and goes first. 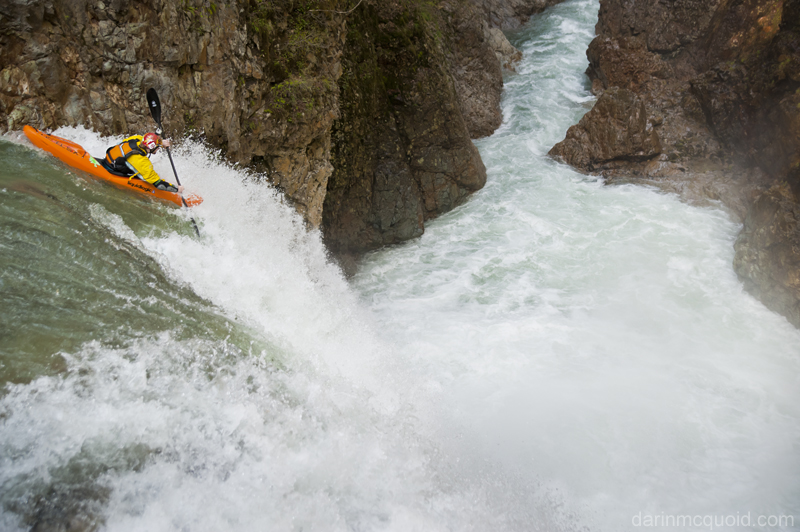 First off the falls

Near the end of the Zakogawa is a 40ft fall that had not been run before. At the base, most of the water flows into an undercut wall presenting a significant hazard. A swim at the base would be life threatening. We looked long and hard before deciding to run the falls, and Shon goes first. 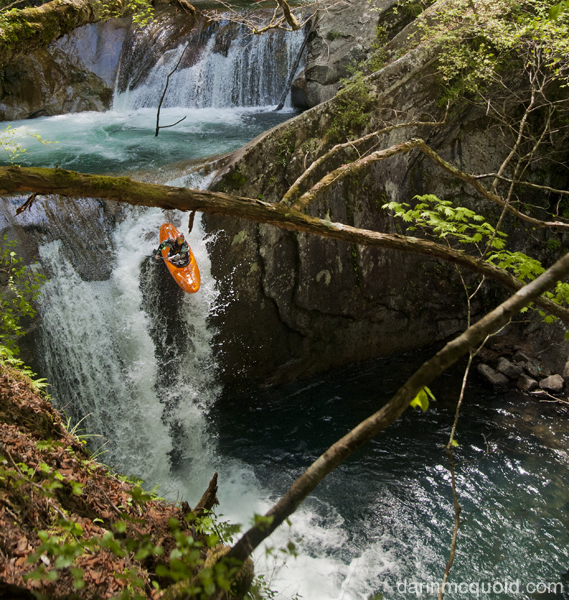 Cody Howard included the first descent of this river in his whitewater film "The Risen Sun." He invited us on this return trip, and footage from his film made us demand a return to this stunning river for our last day of kayaking in Japan. 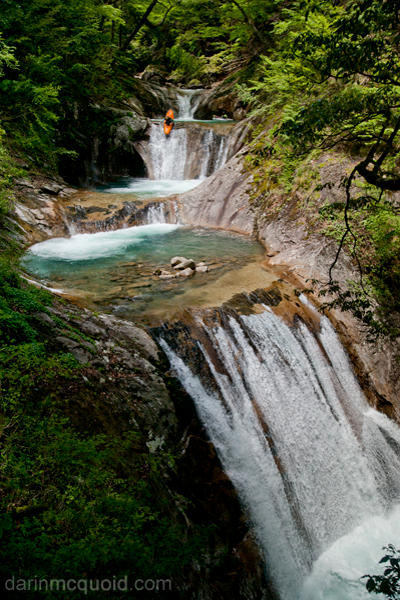 This is what kayaker dreams are made of. 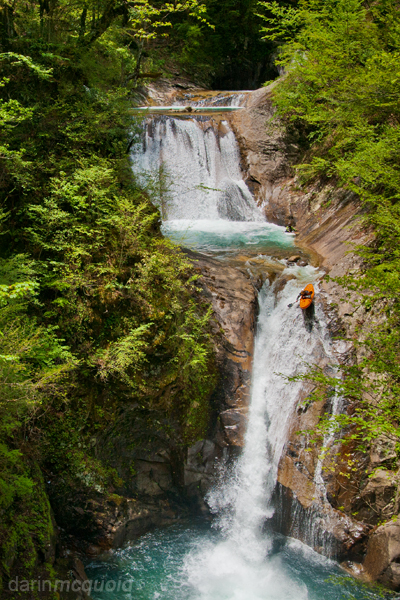 Because the river was low we questioned the acuity of running this 40ft falls. In the end, four of us ran the falls, but two had their wind knocked out on impact at the bottom.

Tagged
Paddling Japan
What did you think of this story?
Meh
Good
Awesome