Bryon snaps half pipes and stage dives alike to see what happens when the party leaves the ground and gets mad air.

[Editor’s note: Bryon Dorr was a guest of Virgina Beach Tourism. All photos by Bryon Dorr.] 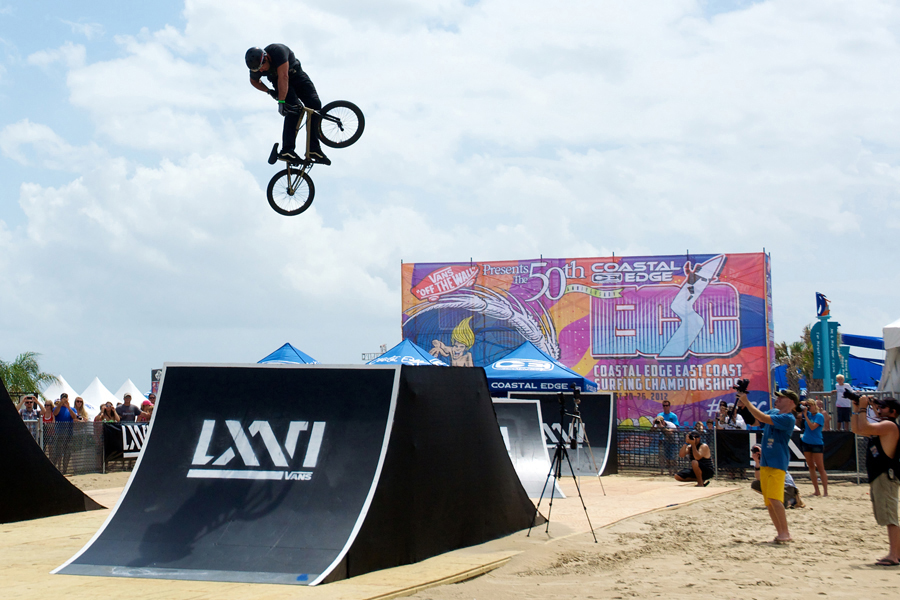 Besides difficulty and amplitude, a big part of freestyle BMX is showing off your personal style. These pro riders make difficult tricks look easy, but make no mistake -- they all rock major scars that mark many years of dedicated training to achieve this level of riding and style. 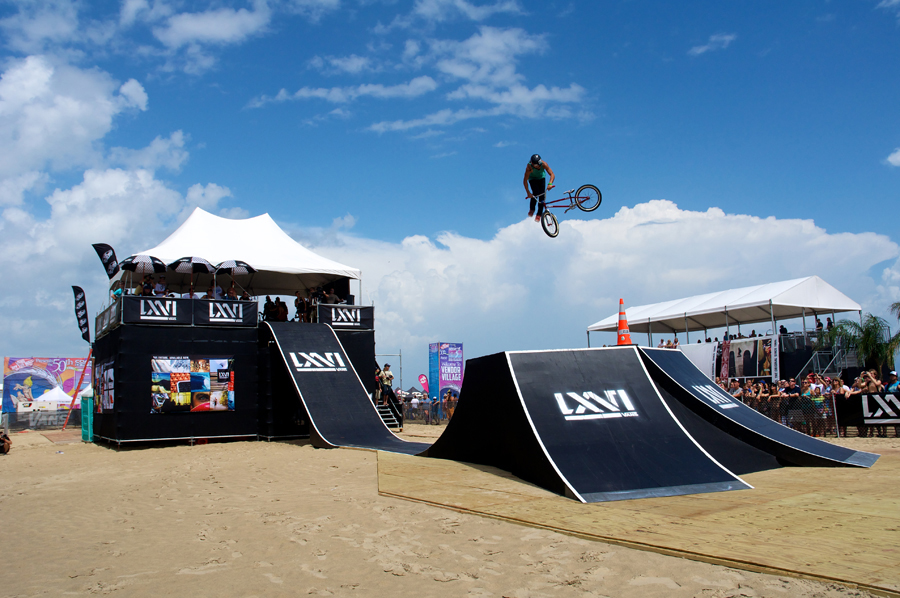 The LXVI Vans Invitational BMX competition was an exercise of high-flying, bike-spinning insanity. I watched with my camera poised as the riders threw down their most difficult tricks and upped the amplitude with each pass on the course. The side shore winds at the beach made the big air sketchy, but these guys powered through, landing huge trick after huge trick. 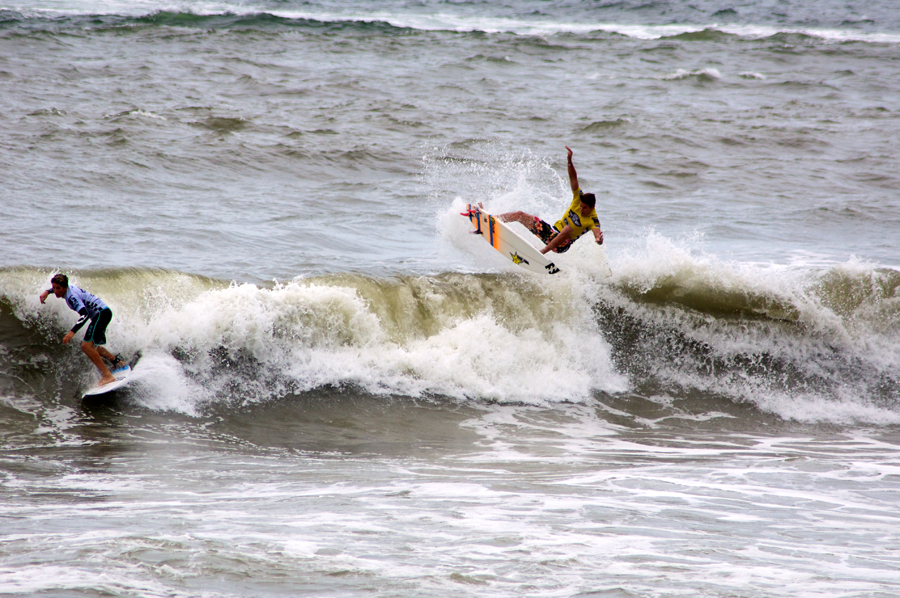 Tough weather conditions created sporadic waves for the competitors, but you wouldn’t know it from the big nasty air the pro surfers where throwing to try to get their hands on the prize money up for grabs. 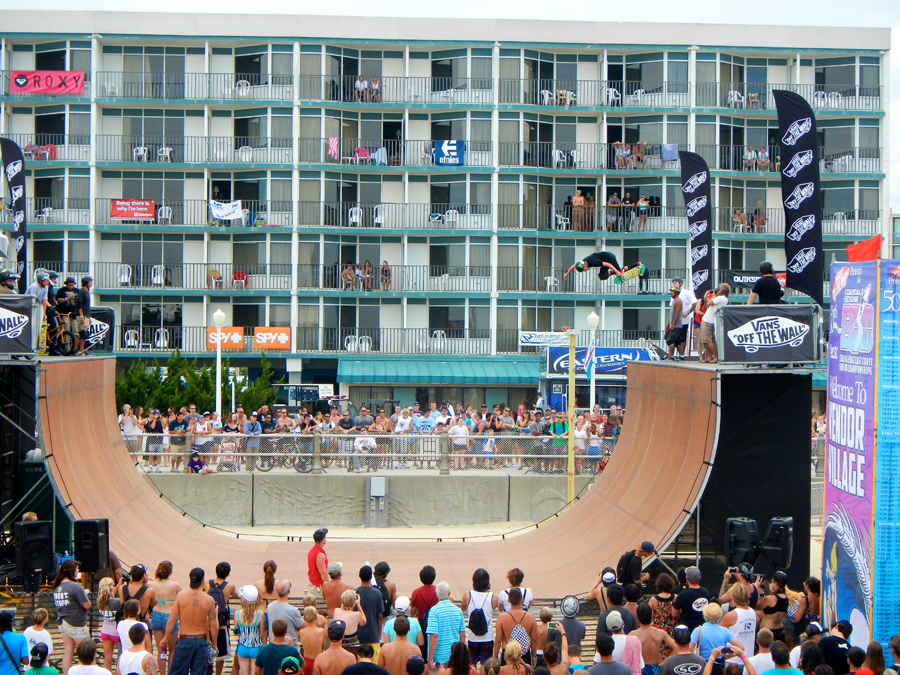 The best seats in the house for the Vans Skate Vert demo might have been the hotel balcony across the street. Local and imported pros alike threw down massive tricks that attracted a large rowdy crowd each day. 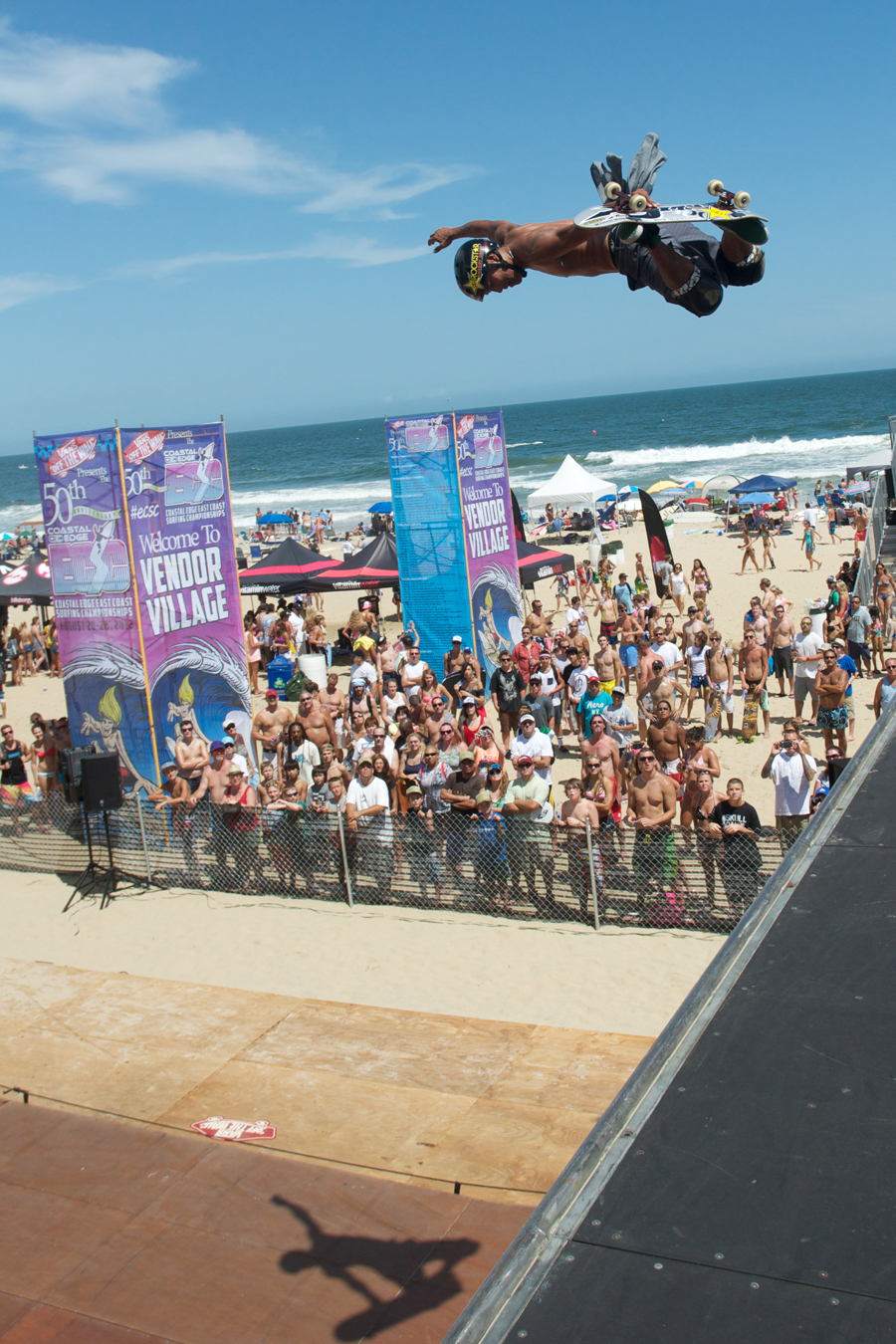 VA Beach is known as “the second best vert skating town in America.” This is due to the long-standing ramp at Mt. Trashmore that has nurtured many vert legends. 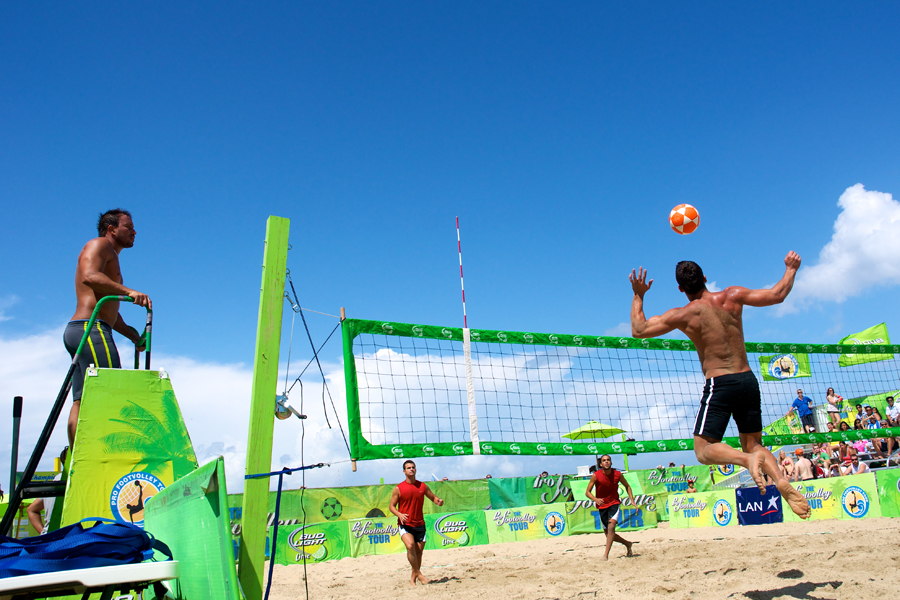 Pro footvolley is a sport of fast action and insane skills. There are two ways to “spike” the ball in footvolley -- with a header or bicycle kick, requiring impressive airborne acrobatics. 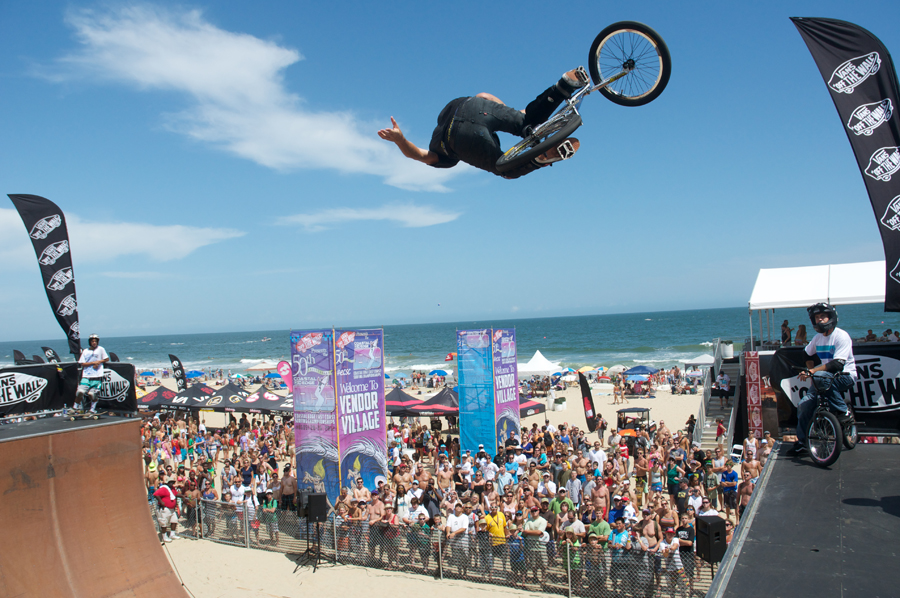 During the vert demo, all the riders seemed to use the crowd's stoked energy to grab bigger and bigger air. Every time a rider threw down a big trick, the crowd would go wild and another rider would step in and up the amplitude. 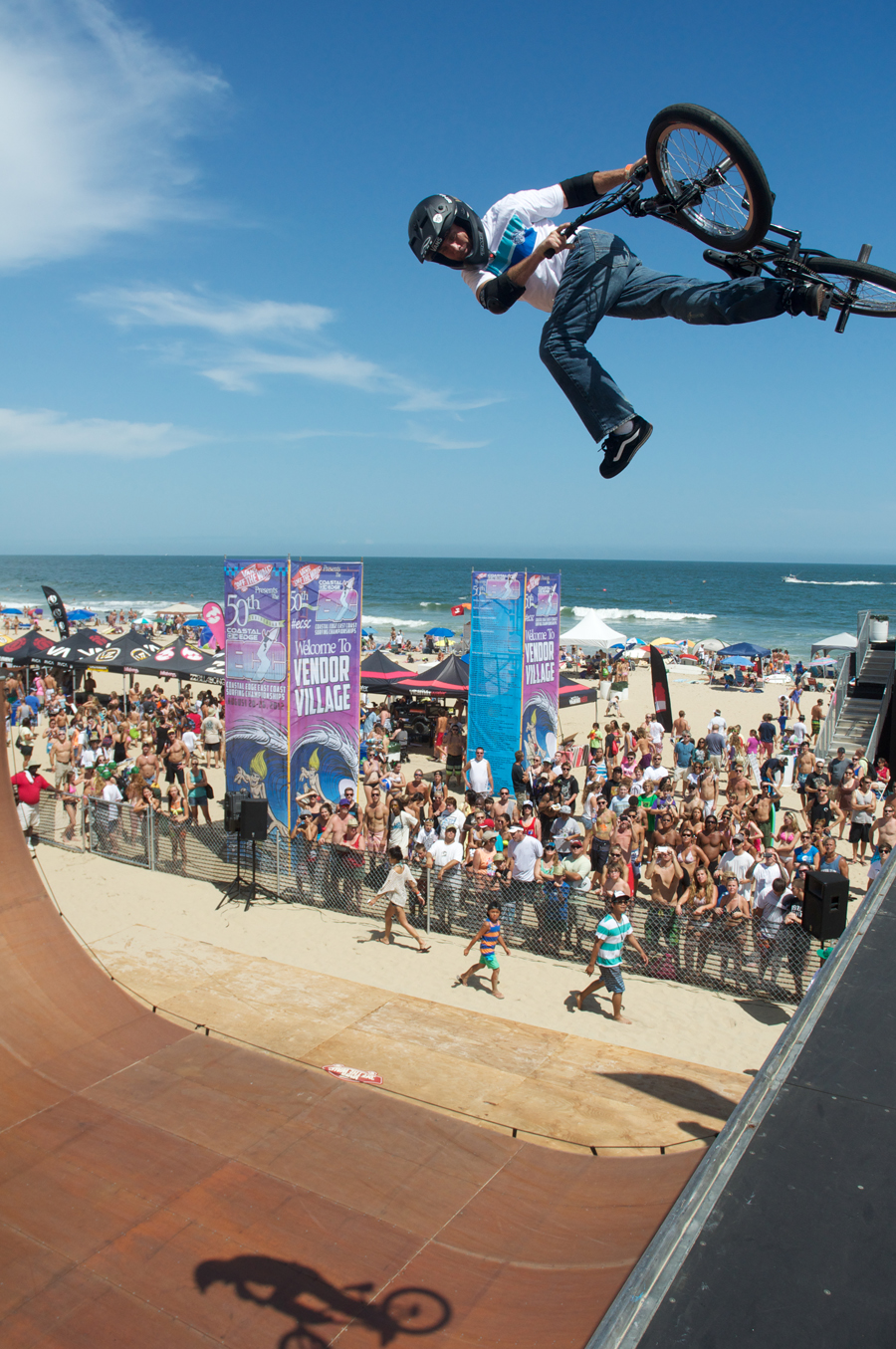 The legends of the sport came out in force. Here Dennis McCoy shows off his signature style on the vert ramp. 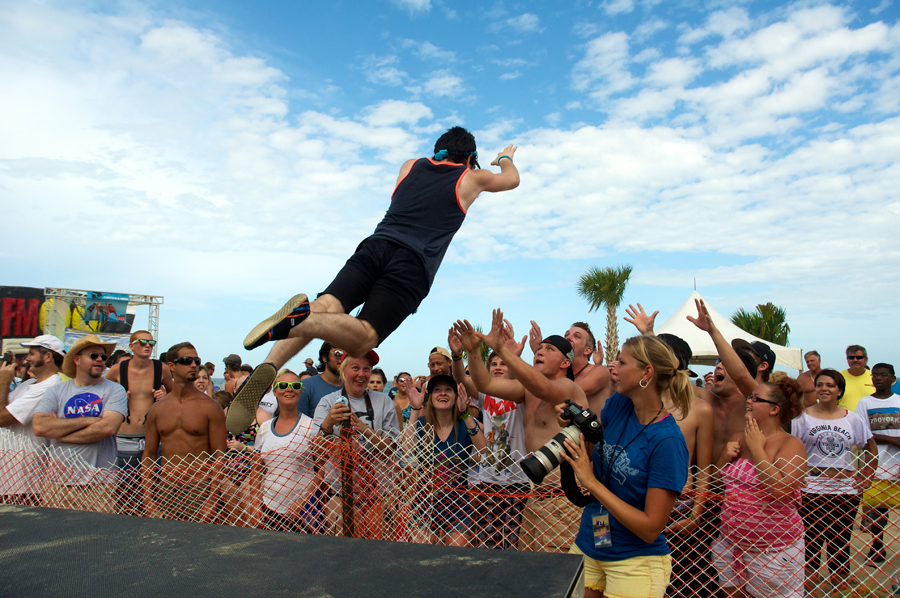 Audio Strobe Light had a rocking set and finished off with some risky stage diving. Luckily they had a stoked crowd that wanted to be part of the action.

Virginia Beach Is an Awesome Place To Be During the Fall. Here's Why.

10 Signs You Were Born and Raised in Virginia Beach

9 Adventures You NEED To Have on Your Next Coastal Vacation