Deep into our flight to New York, my head hit the tray table as I jarred awake, startled from my dream. I had just fallen for the 30th+ time on the last crux move of Picos Pardos, a route I had been climbing on for the previous three weeks. As my vision came into focus, I could make out the stewardess passing a customs form to the man sitting next to me. Our five-month trip to Spain to explore its limestone in places like Picos de Europa, La Hermida, Rodellar, and Oliana had finally ended, and we were heading back to California.

As I adjusted to my reality, I was a little relieved to be on the plane heading home rather than coming to rest at the end of my rope again. And yet even though I felt relief, I also felt empty, like I had a hole in my heart or like I’d just been dumped. 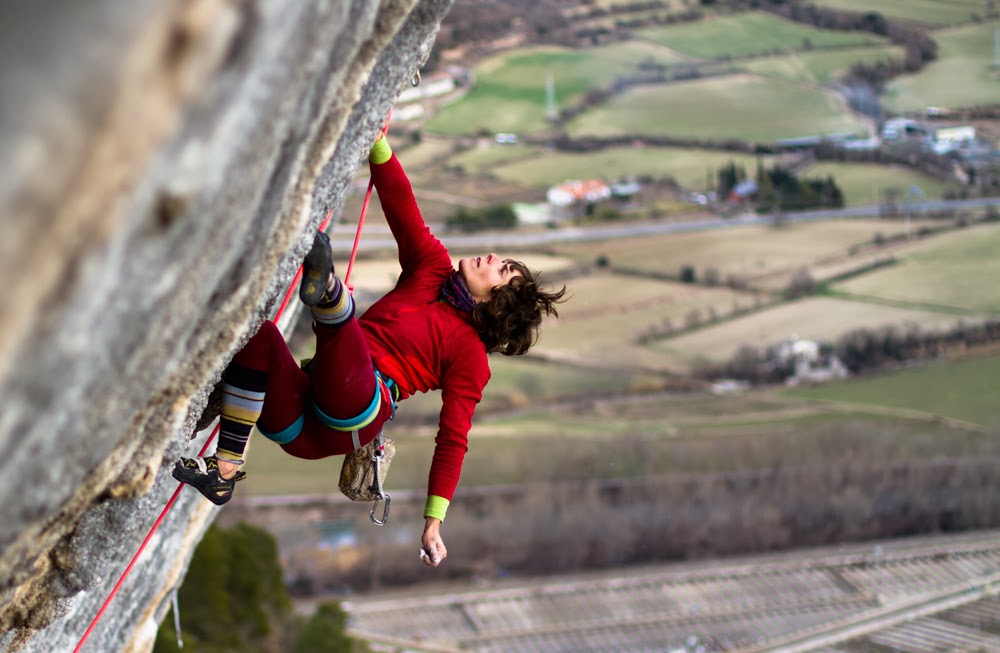 My husband was asleep in his seat. Two days before we boarded our plane, he had achieved a personal best in his climbing by making a successful ascent of the 55-meter overhanging route called Fish Eye — an aesthetic line of incut crimps that ascends the very center of the crag on gold and blue limestone at Oliana. And while this was a big deal for him, no one on this plane knew or would even care. 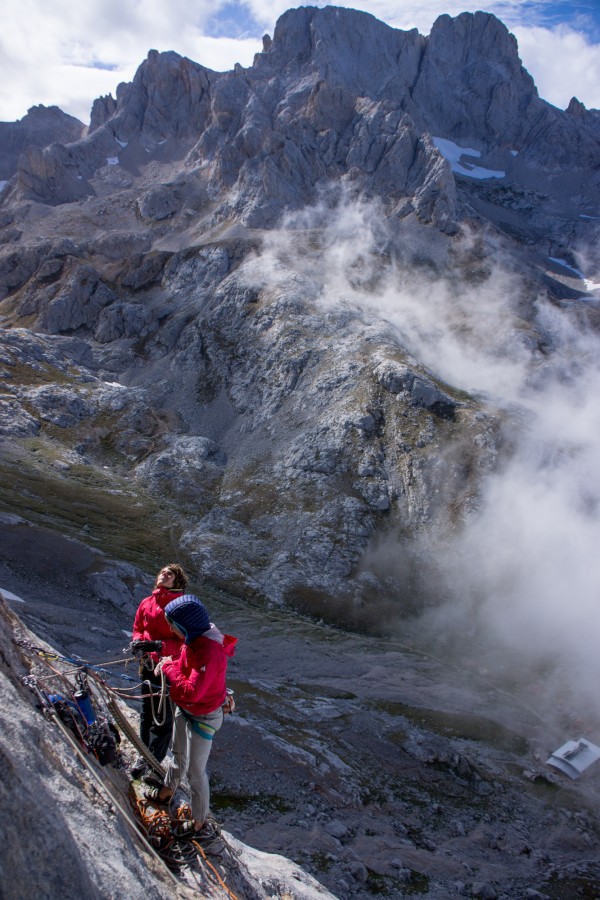 I was excited for him and thankful for the time we had just spent together and the experiences we’d had, but I was downright depressed. Why had I spent so much time and effort trying something only to leave not having completed it, having fallen time and time again in the same spot? What was I doing with my life? I could see the doors of an existential crisis opening before me.

I am getting older. The sun and the wind define the lines on my face more with each passing day. What was a hobby in my teenage years has turned into a whole life, a passion I cannot ignore. Endless days have been spent amongst the rocks in places both near and far — from the alpine terrain of the Northwest Territories, to the granite monoliths of Yosemite, the sandstone towers in Utah, the sketchy crags in Mexico, the impeccable rock found throughout Europe.

Holidays have been missed, birthdays come and gone. I missed home — my grandmother’s hands, my mom’s voice, our traditional Lebanese foods, and the slow Southern accents. I missed my dad and his jokes and his sense of style.

My best friend was in California, a man who has devoted his whole life to climbing. His climbing resume is impressive to say the least. He is respected by many, has many acquaintances, and is involved in some great youth work. But he is single and lives alone, and I wondered if he hadn’t indirectly isolated himself from others by having chosen a life of climbing. Even though I was with my husband, I felt very lonely.

I knew it would be possible for me to climb Picos Pardos successfully — I had done all the moves, I had linked through the hard part but had fallen higher. I just needed another chance or two or five or who knows how many. I also knew I might not make it before we left, and I’d been telling myself it didn’t matter, that it was all just practice anyway.

But when I fell on my last try on our last day, it was hard to decipher the wave of emotions spreading over me. I wondered if it had all been in vain — if I had been fooling myself the whole time — and as I sat on the plane feeling sad, I wondered what was the point if in the end and in between we feel lost and lonely and empty? 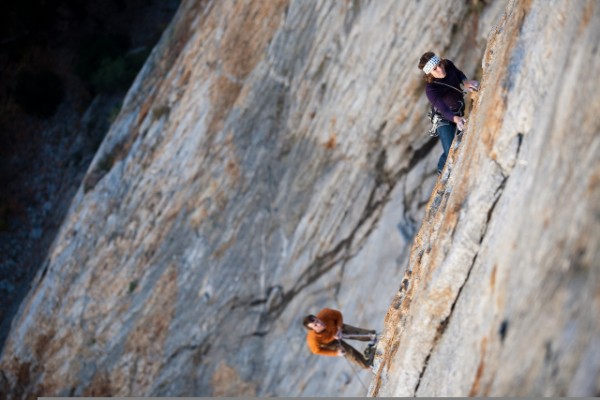 By the time we were landing at JFK, the hole was filling with sad relief. I could move on, try something else, be released from my self-imposed prison. We tell ourselves, “We can do it,” because we have to convince ourselves it could be possible despite all odds — despite gravity, despite reach, despite conditions, despite any other external factor in the world — because we want to see what’s possible and what it takes to make the dream a reality. And many times we succeed. But more often than not, it’s these times that we don’t where we really learn about ourselves.

Tagged
Climbing Spain Ambassadors
What did you think of this story?
Meh
Good
Awesome
✖
travelstoke
Download the mobile app
stoked by