Since 2008, Matador Ambassador Chris Burkard has been pioneering surf photography in the Arctic. Arctic Swell, a new film produced by Smugmug, documents Burkard’s latest mission to Unstad, a bay in the Norwegian archipelago of Lofoten just inside the Arctic Circle.

Burkard’s crew, which included surfers Patrick Millen, Brett Barley, and Chadd Konig, had to take three flights, a ferry, and drive several hours to reach the surf. They traveled in early March, with temperatures hovering around five degrees, sometimes dipping below zero. Burkard notes, “Some people think I am crazy for wanting to go that time of year, but it’s when the northern lights are brightest and the surf gets epic!”

Besides showing how perfect conditions can be found and ridden in one of the harshest environments on earth, Arctic Swell is a look behind the lens at Chris Burkard, whose voiceover gives a lot of insight into his motivations as a photographer. “It’s not even the most beautiful images,” he says, “but the ones where you think, ‘I really gave something of myself to get that shot.'” 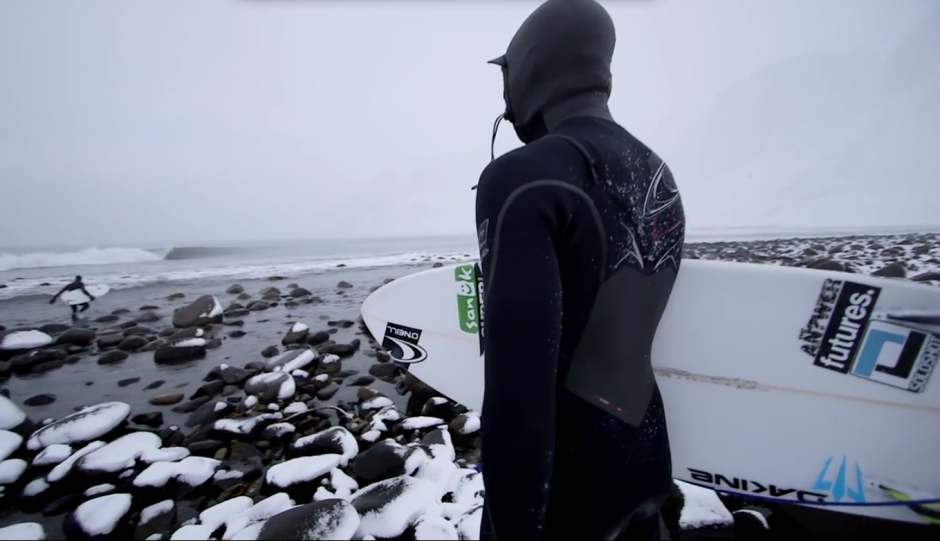 Tagged
Surfing Norway Ambassadors
What did you think of this story?
Meh
Good
Awesome
✖
travelstoke
Download the mobile app
stoked by