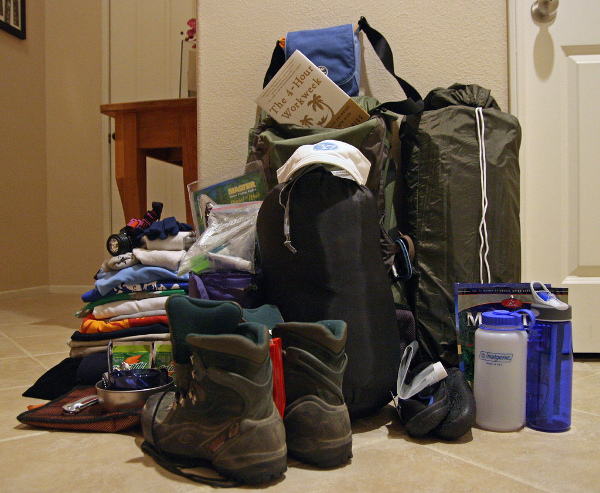 Sometimes, the solutions to our outdoor problems are indoor items. Lindi Horton runs through some of her favorites.

My first experience cramping up mountain biking was met with a slimy ziplock bag of pickle juice. I’m personally not a fan of pickles, but I was in too much pain to argue, so down the hatch it went. Almost immediately, my cramp was gone.

From that moment on, I began looking for healthier, cheaper alternatives to commercially available products to lighten my load and reduce waste.

Here are some of the unorthodox backpacking fixes I’ve found:

–Instead of an electrolyte gel for around three bucks a pop, pickle juice is a cost-effective alternative to help replenish sodium and acetic acid and alleviate cramps quickly.

–Regardless of climate, a sarong is essential to any outdoor activity. As a headscarf, the sarong protects from wind and sun. Its uses are many, including a towel, light blanket, mosquito net, or even an emergency bear bag. 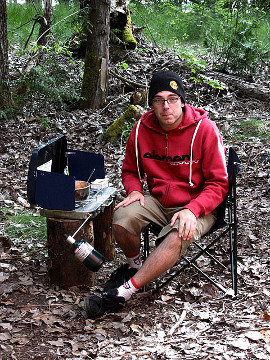 –Consider carrying a shammy towel, traditionally used for washing cars. The towels are tiny, carry 12 times their weight in liquids, dry quickly, and don’t weigh down a pack. They can be used to filter debris from water as well.

–Baking soda is a useful addition to your first-aid kit, and has multiple functions. If you have an encounter with poison ivy or get blisters from new hiking boots, treat the affected area with a baking soda paste, three parts baking soda to one part water. The paste will alleviate the swelling and redness, shortening healing time.

–By placing a towel in a bucket of water with a tablespoon of baking soda, you can tend to minor burns and sunburn, often preventing the burn from blistering.

–If you are not severely allergic to bee stings but want to painlessly remove the stinger and reduce swelling, apply a paste of baking soda and water to the stung area. Once dry, remove the patch. 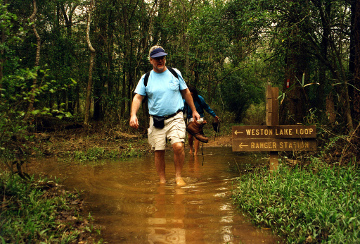 –To avoid that fuzzy-teeth feeling, dip a wet toothbrush in some baking soda and brush normally. Baking soda removes plaque and freshens your breath.

–To get rid of that funk in your hiking boots, sprinkle some baking soda in the soles and let them air out overnight. If you happen to not have the right socks, sprinkling baking soda over athlete’s foot reduces the redness and itchiness.

–That same box of baking soda cleans cookware and removes perspiration stains from your sarong. Used to scour pots and pans, baking soda is a safe outdoor alternative to clean used water packs and thermos. Rubbing a teaspoon of baking soda on sweat spots removes stains and odors from clothing.

–By adding small ports of lavender oil and pure vanilla extract to your backpack, you can repel more insects and toss bulky, commercially-available insect repellents. Mosquitos avoid the lavender scent while other insects shy away from the pure vanilla extract. A small dab on the back of the neck, wrists, and ears goes a long way.

Want to shrink your pack instead of adding to it? Try fastpacking.

Tagged
Camping Hiking
What did you think of this story?
Meh
Good
Awesome