AS MY BROTHER YANCY AND I dug our camper out of 15 inches of fresh powder on Rogers Pass, BC, we asked ourselves why we were leaving this snowy paradise. But we’d committed to heading north through Banff National Park, up through the Yukon, and on to Alaska. Coming off a great winter season at home in Idaho, this was the second time we’d struggled with a departure. It’s hard to fathom leaving such fresh snow with only distant hopes that the stars might align for a successful Alaska trip. But with Arctic Man, Tailgate Alaska, and more heli time to film in Haines ahead of us, we refocused our eyes on the prize and reassured ourselves it would be worth the drive.

Just preparing to pull the trigger on a winter road trip up the Alaska-Canada Highway is a feat in itself. The 3,500-mile route winds through the enormous band of rugged earth that is British Columbia and the Yukon. Nasty road conditions can quickly turn the five-day push to Valdez, AK, into a few weeks. Roads will close, axles can snap, and whiteouts can make traveling with a large camper and sled trailer almost impossible. Enormous potholes, hidden frost heaves, and icy corners became our primary enemies as we slowly chugged along the ALCAN on our way to Valdez.

We prepped our truck-camper-trailer setup well and had no major hiccups despite the blizzard conditions for almost half the drive. At the whim of Mother Nature we camped out at Liard River Hot Springs, near Muncho Lake, BC, to wait out a storm and avoid the risk of slamming a buffalo while traveling at night. The hot water felt so good after several long, cold nights in the camper. Temps dropped to 30 below in Whitehorse, Yukon, and the air stung our faces as we slept.

After five days of driving, a new perspective is gained on how big North America actually is, and how vastly uninhabited the northern tundra and taiga are. This frozen wilderness makes up 27% of the world’s forests and is littered with stunted, Dr. Seuss-like conifers, five feet tall but 100+ years old, stretching all the way from Canada to Russia and Scandinavia. After another alpenglow sunset, and with the Northern Lights lighting up the sky, we finally caught sight of the ALASKAN border sign. A few high 5s later, and we were on the home stretch to Valdez.

Words and photos by Wyatt Caldwell; video by Yancy Caldwell. 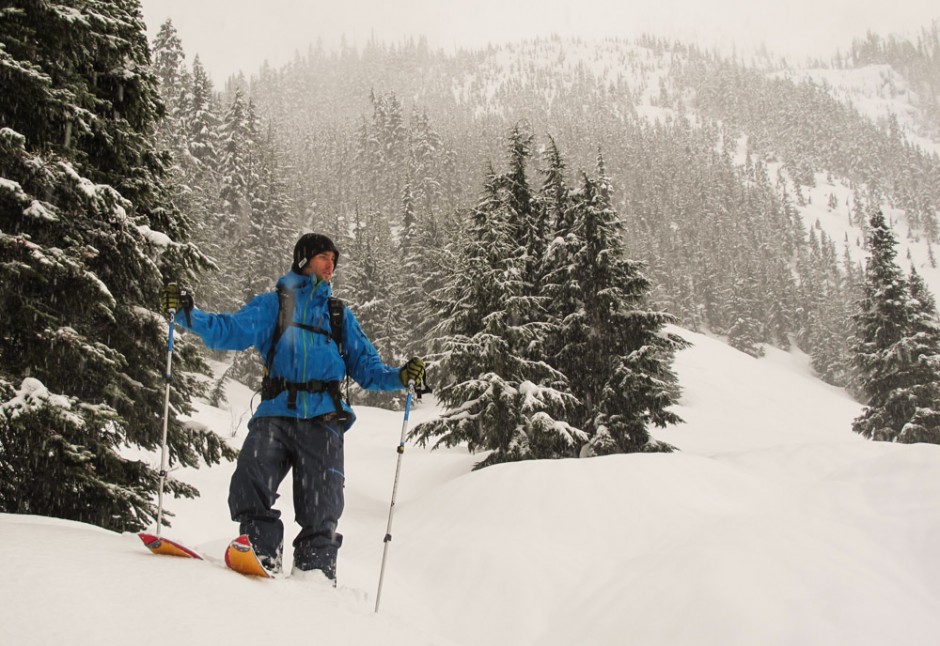 On our first morning of the ALCAN drive, we woke up to 15 inches on Rogers Pass, BC. Here's Yancy taking in the blizzard view down valley before riding powder all the way to the camper door. 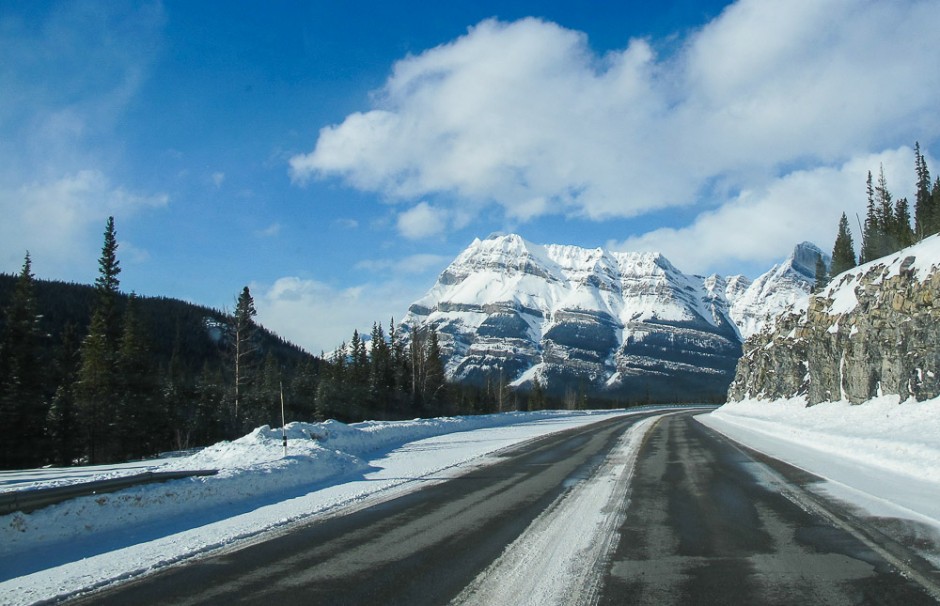 Conditions changed to bulebird skies after the crushing storm, shedding light on Banff National Park as we headed north. 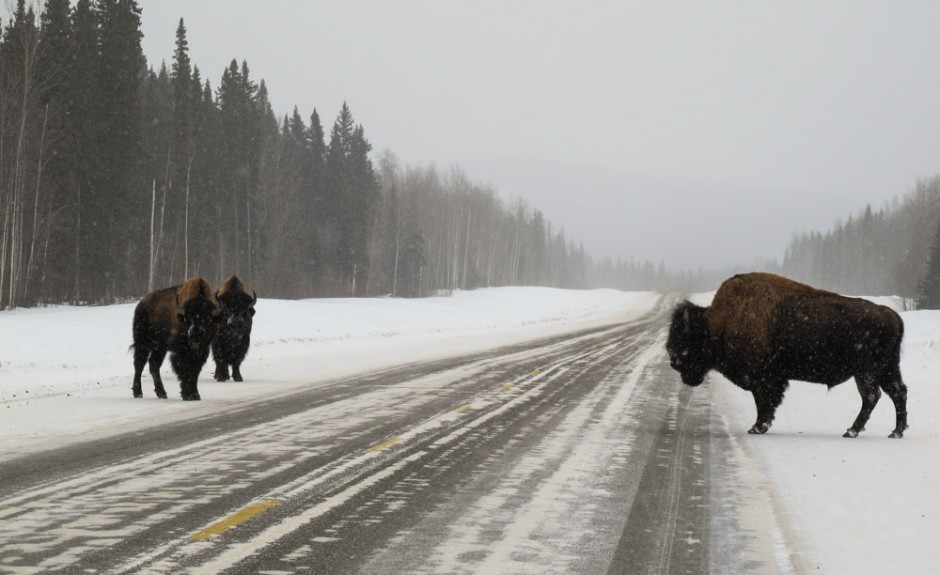 Buffalo line the ALCAN Highway as they graze on shrubs the sun has melted out. They didn't seem to care that they are 2,000lb obstacles in the middle of the road! 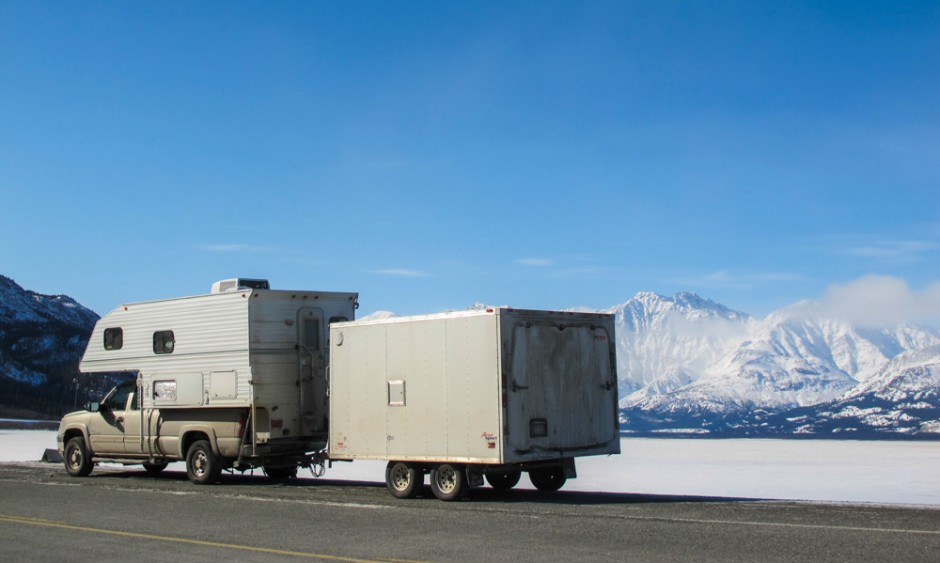 Taking in the view across Destruction Bay before attempting this frost-heave nightmare stretch of road. 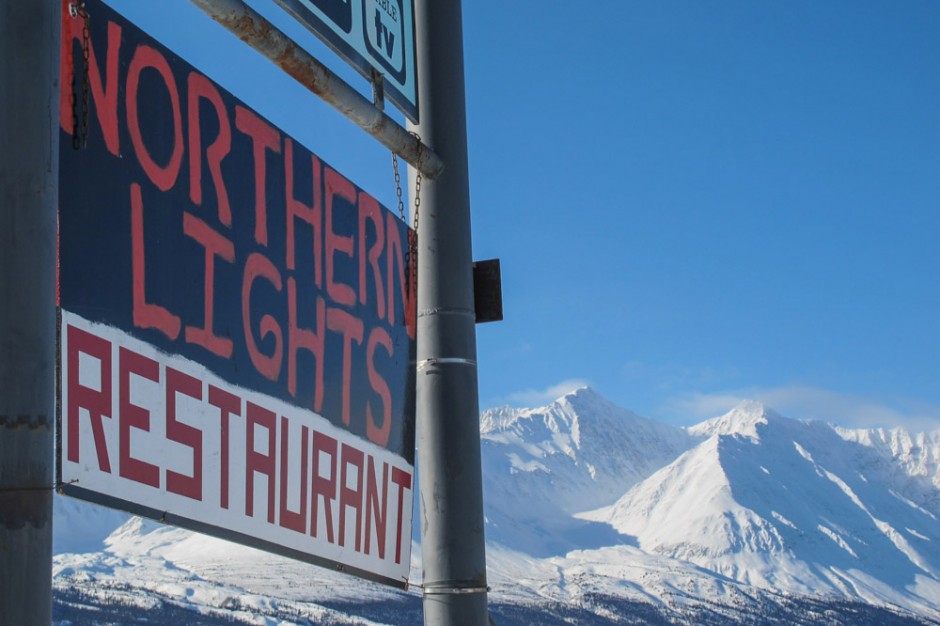 A classic restaurant in the middle of the Yukon reminding us to keep a lookout for the aurora borealis. 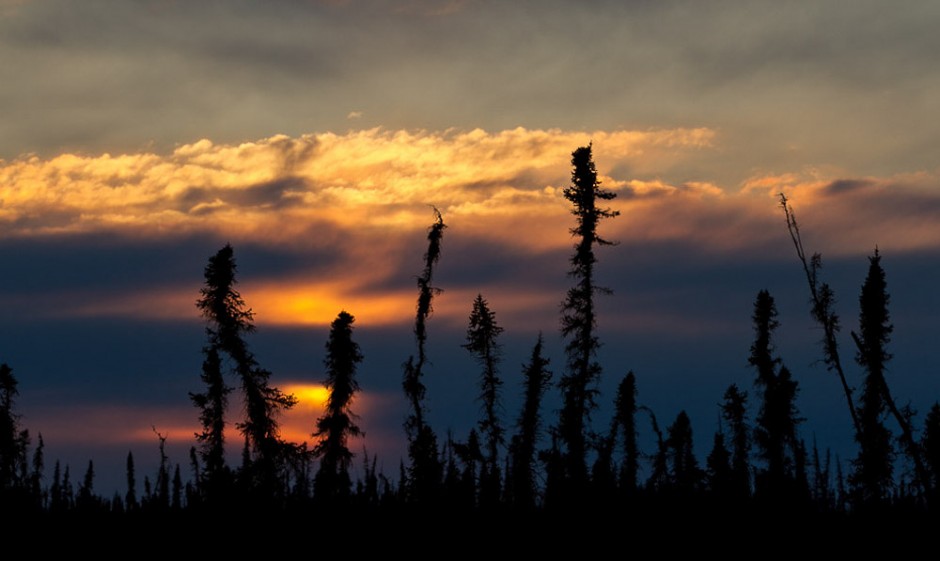 Sunset on the taiga always reminds me of Dr. Seuss's trees in The Lorax. 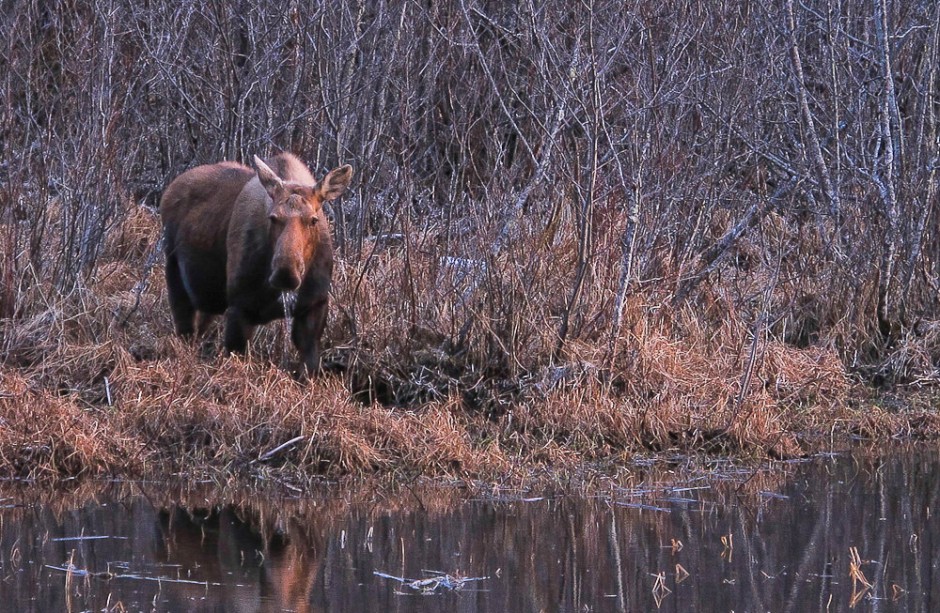 Moose are everywhere—enormous and not at all shy. 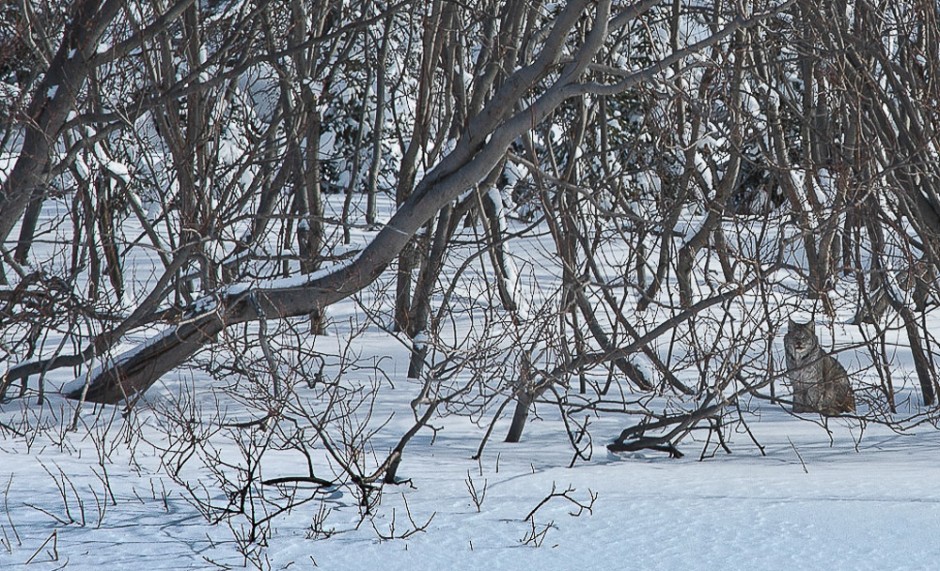 This incredibly rare sighting of a lynx chilling in the brush just across the Alaskan border drove home the point that wildlife is everywhere up here. 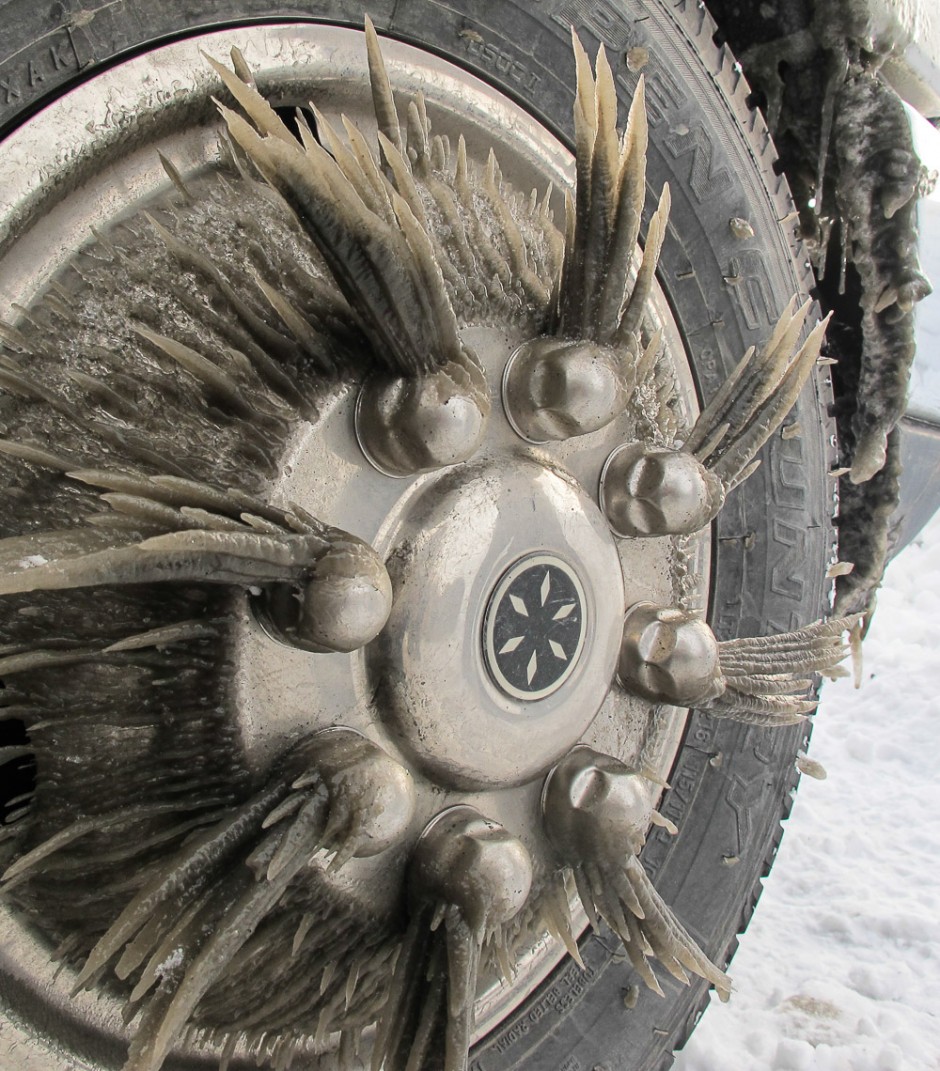 Traveling on the ALCAN will turn the ordinary into the extraordinary. 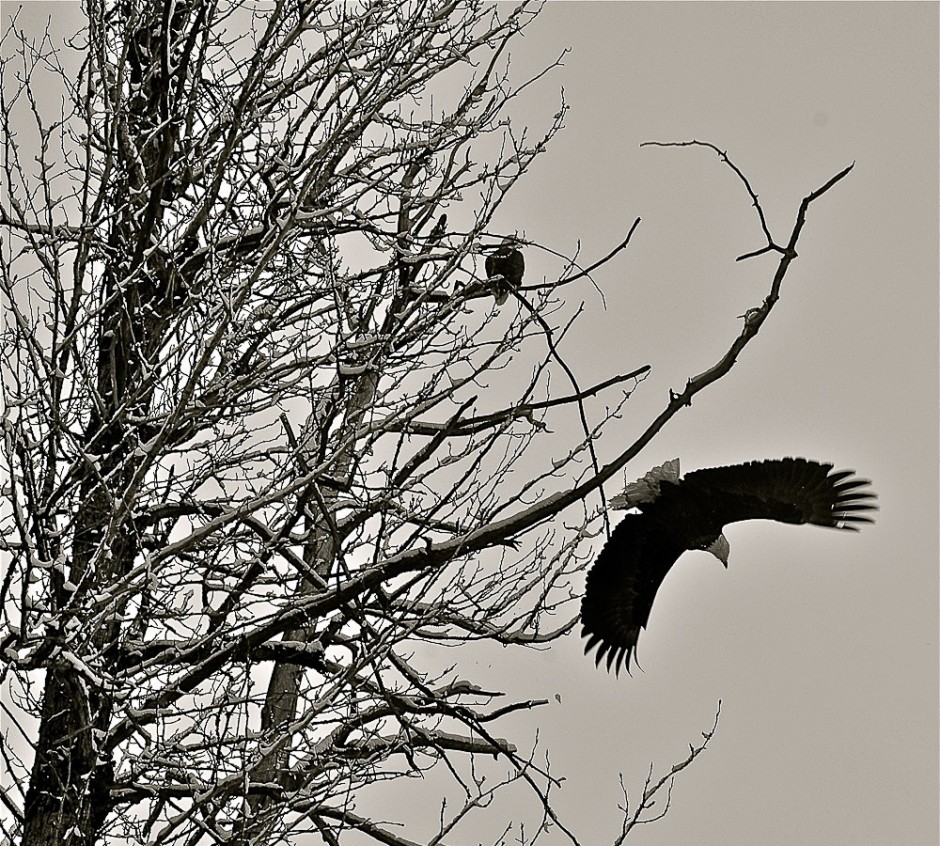 Finally we saw our first bald eagle—we must be getting close to the Alaskan coast of Valdez...