When arctic explorer Doug Stoup asked me to join his expedition to Svalbard, Norway, to ski on the planet’s northernmost mountain range, I figured it would be more of a novelty. What I didn’t realize was the terrain and snow conditions would be world class.

Our journey began in Longyearbyen (population 2,000), roughly 800km from the North Pole, a whaling community turned coal mining town that currently features one grocery store, a couple of overpriced hotels, and a scattering of bright colored buildings. With less than 60km of roadway, the best (and virtually only) way to get around is by snowmobile. So our team of seven loaded up a small fleet of snowmobiles, along with towing sleds carrying all of the necessary gear and supplies to survive and ski for two weeks. Leaving fuel caches along the way, it took 12 hours to reach our final destination, the Atomfjella Glacier, containing the highest mountains on the island.

The following is a collection of photographs I captured while on the remote glacier for those two weeks. After the adventure was over, I had no hesitation in saying there is absolutely no better place to ski in the world than Svalbard during the month of May. 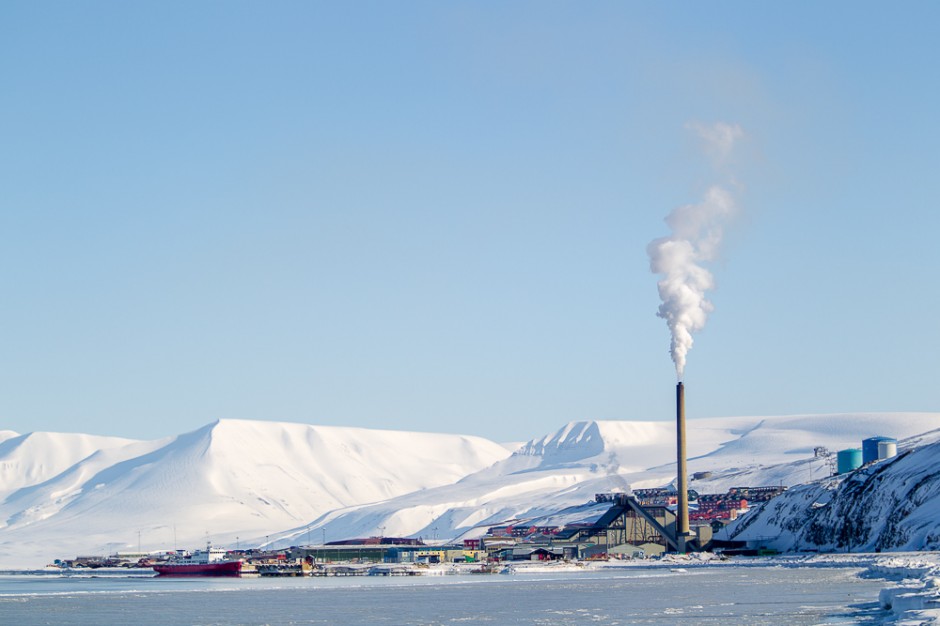 Longyearbyen, the world's northernmost town, acted as home base. We spent two days here preparing for our excursion north to the Atomfjella Glacier. 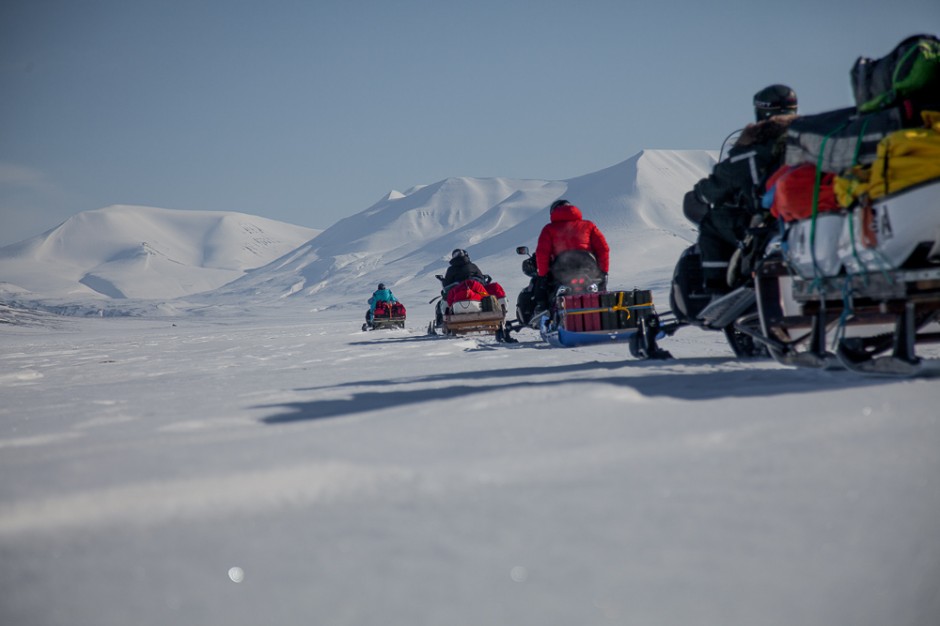 The first minutes of our 12 hours spent on sleds. The route north lead us past three calving glaciers spilling into the frozen ocean. With 24 hours of daylight, we had plenty of time to take in all the sights. 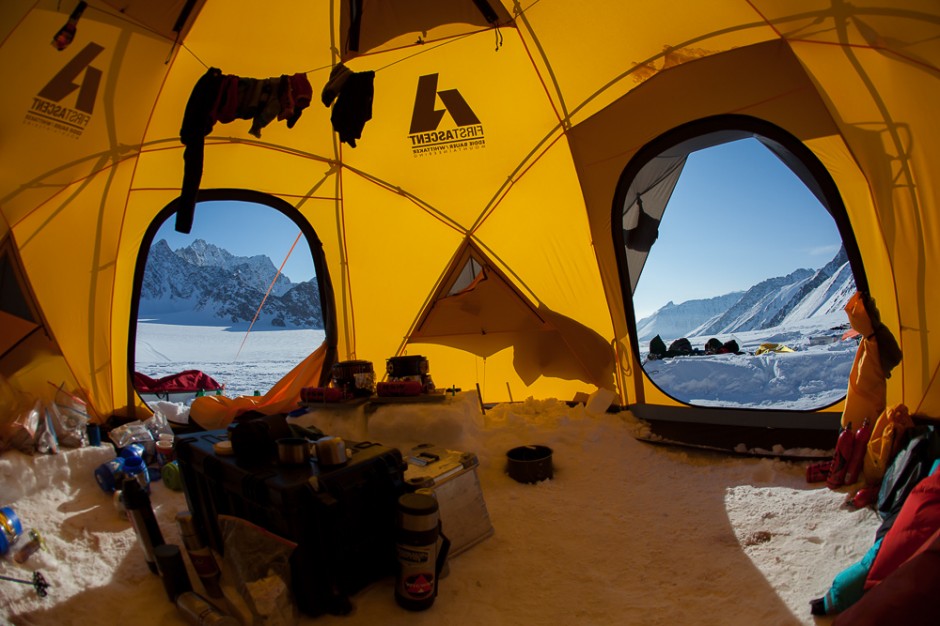 Things were cozy at basecamp. Right outside the doorstep was some of the best couloir skiing I have ever seen. It was May but temps were still cold this far north and the snow was powder on all aspects. At this point our stoke was reaching epic proportion. 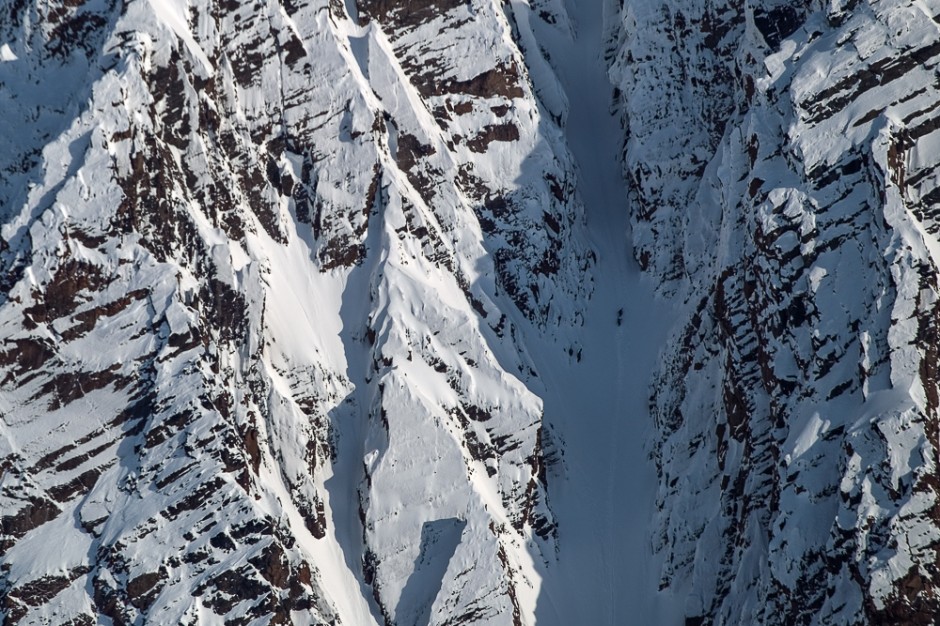 Reggie Crist and Doug Stoup hiking up what we later named Rabbit Ears. This couloir was easily 3,000 vertical feet and drained directly into camp. 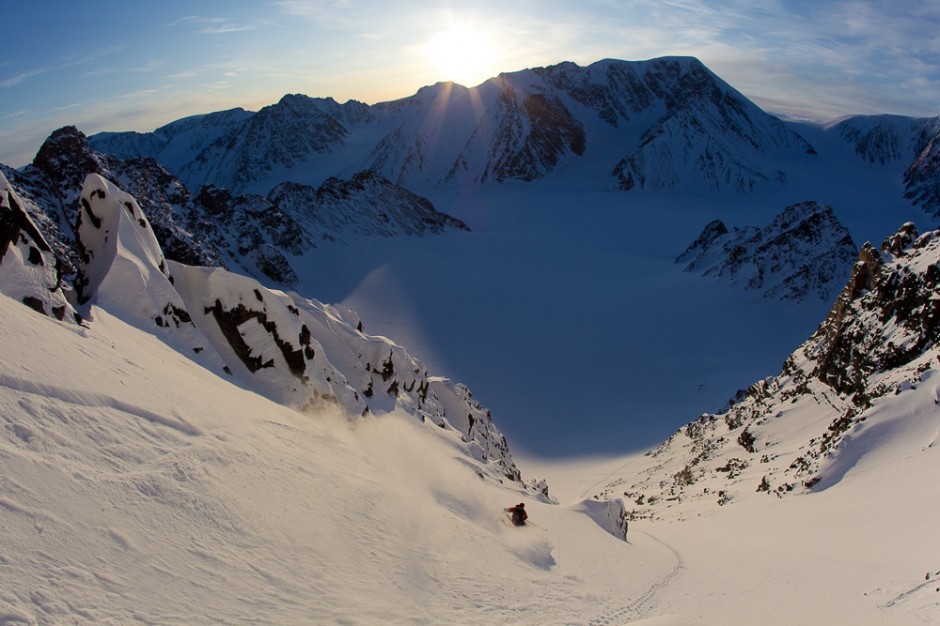 Ski all day, all night

Reggie Crist skiing late evening...or was it early morning? With the sun never setting time became irrelevant, as depicted in this photo. Is 4:30am sunrise or sunset? Basecamp is barely visible in the upper right of the photo. 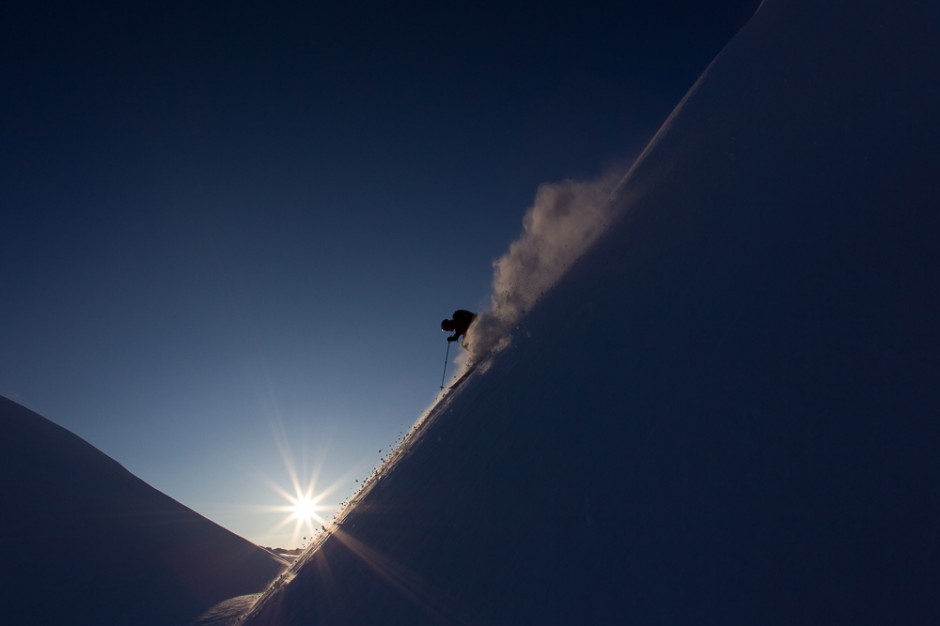 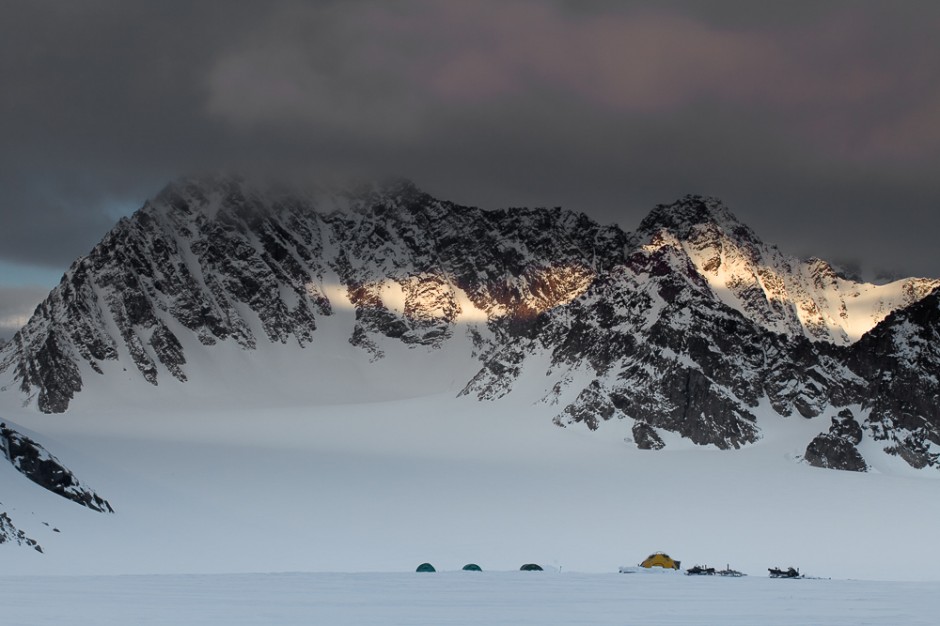 Surrounded by epic lines and fresh snow, the morning commute from basecamp couldn't have been more rewarding. 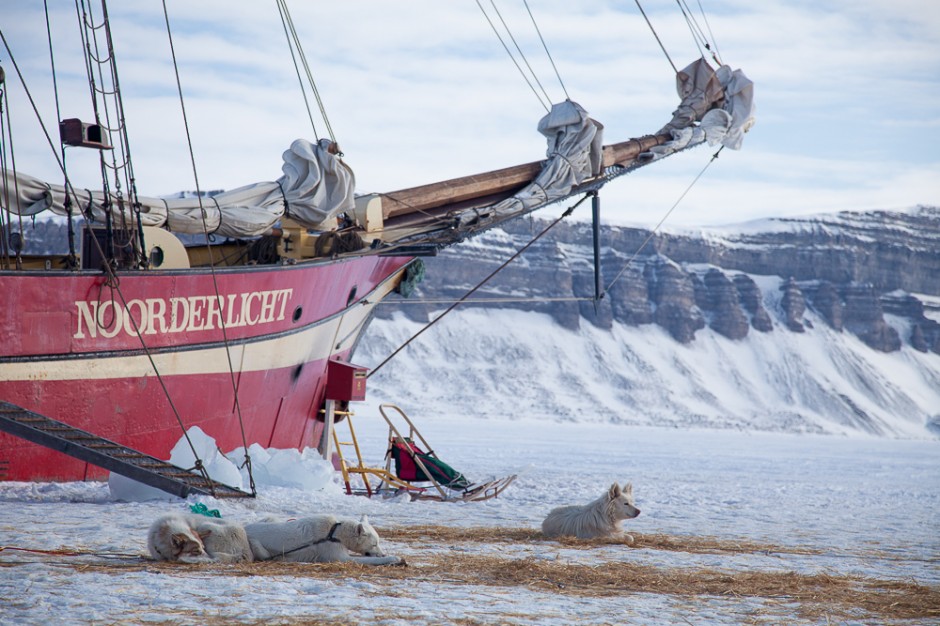 During the summer months, the Noorderlicht sails tourists around the northern fjords of Svalbard. When the winter months roll around it becomes dormant, frozen in ice while the dogs come out to play. 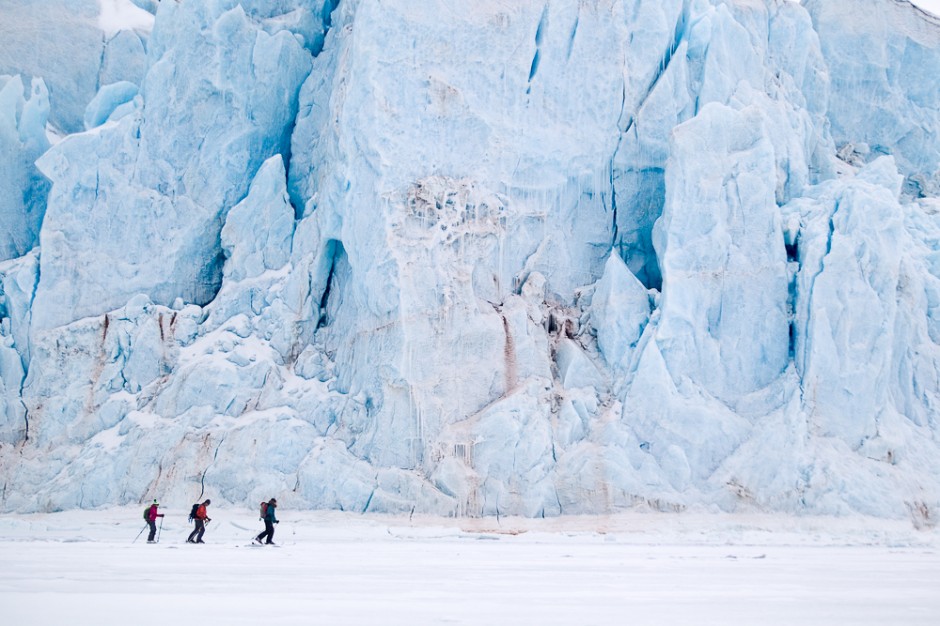 Reggie Crist, Lexi Dupont, and Doug Stoup glide along over the frozen ocean, dwarfed by the timeless beauty of this land. 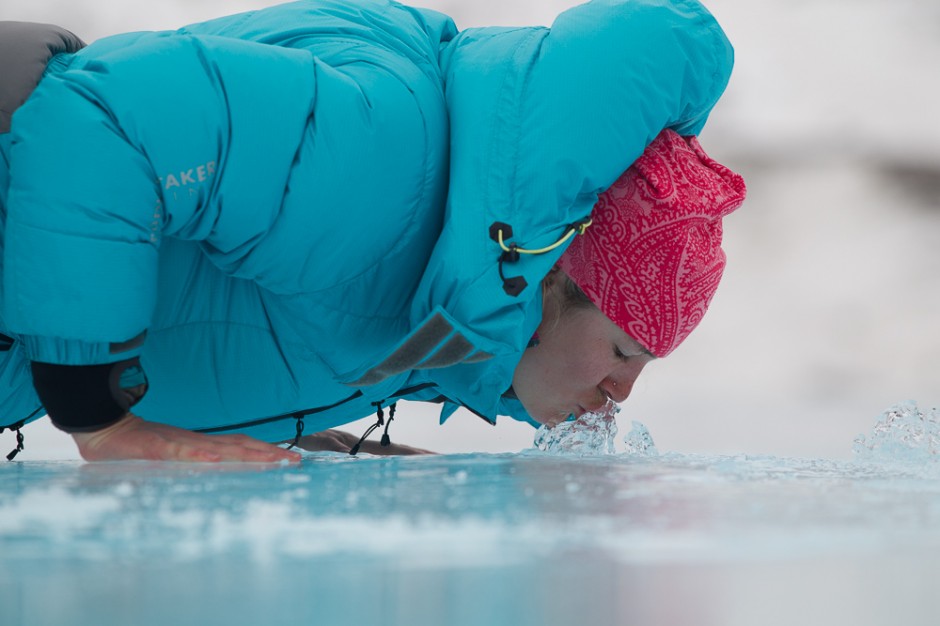 Melting glaciers and pressures from within create the purest water fountain on Earth. Lexi Dupont bows to Mother Nature for a taste of Svalbard. 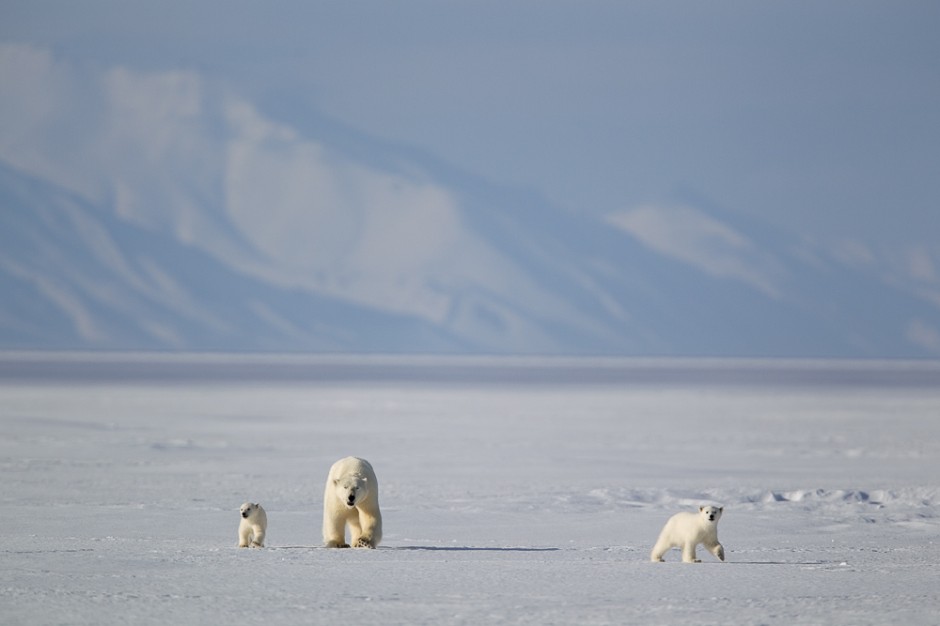 After giving birth and spending three months in her den caring for her cubs, a mother polar bear searches for nourishment. 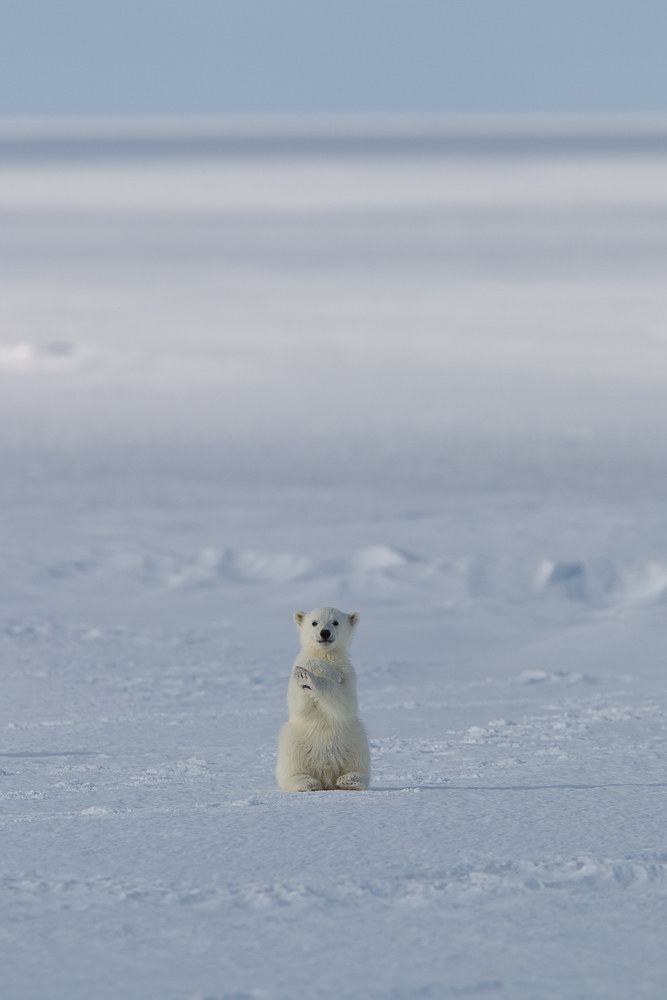 A polar bear cubs waves goodbye as we depart Svalbard.