I STARTED SNOWBOARDING in 1989, but it was only last year that I heard of splitboarding (though the sport has been around since the mid-90s). Moving to a region that has access to endless backcountry terrain (the Kootenays), where touring is a religion, is probably why; splitboarding just wasn’t a topic of discussion growing up in the city.

The sport has grown considerably in the past few years. While there have only been a few obscure companies manufacturing these boards, the mainstream is starting to pick up on it. The technology is getting better and prices are decreasing. 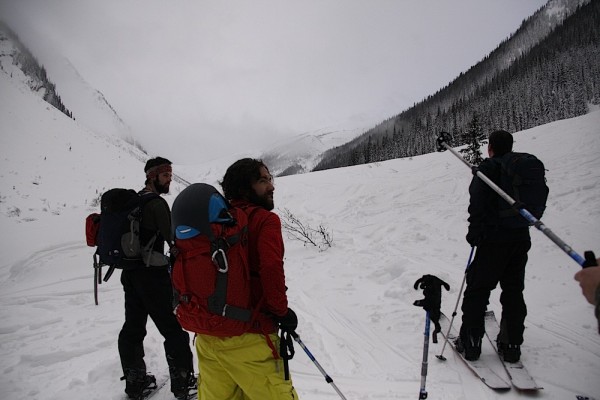 Splitboards are just what they sound like: snowboards that split in half down the middle to become skis. This is for the purpose of “skinning,” using the skis to travel up a mountain, not down. This is done by using skins which adhere to the underside of the skis. The skins are built such that you can slide the skis forward but not backward. Once you reach the top of your line, you peel the skins off and snap the snowboard back together. The bindings, which are placed in a forward direction when in “ski mode,” are then easily adjusted back into snowboard stance. 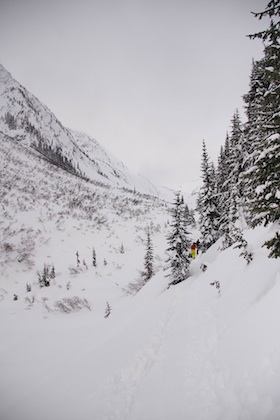 January 7-8 this year, the second annual Canuck Splitfest (presented by Prior) was held in Rogers Pass, British Columbia. From Nelson, I headed up with a group of guys who all had plenty of experience in the backcountry. The event took place in the only accommodation at the pass, Glacier Park Lodge. I can’t imagine a better location; there is a lot of touring terrain accessible just by starting in their parking lot.

For festival-goers — around 70 or so, from all across Canada and the US — a backcountry film fest was screened on Friday night. A big draw for the event was the huge raffle that took place on Saturday evening; there was over $10,000 worth of goods in prizes (including a few splitboards). Before that, though, some presentations were made, including one by Greg Hill, a skier we’ve featured here who skied 2 million feet of vertical last season.

For someone who’s never skinned before, I like to think I picked up on it fairly quickly. It had been a while since I’d faced forward on skis. Getting used to the forward gliding movements wasn’t too difficult, but the turns on the tight switchbacks while heading uphill were a different story.

I was taught the technique of “kick turns,” in which you are almost doing the splits. There was a lot of sliding backwards for me as I tried and tried to master it. I eventually did, but probably not before annoying some of the group while they waited patiently for me. 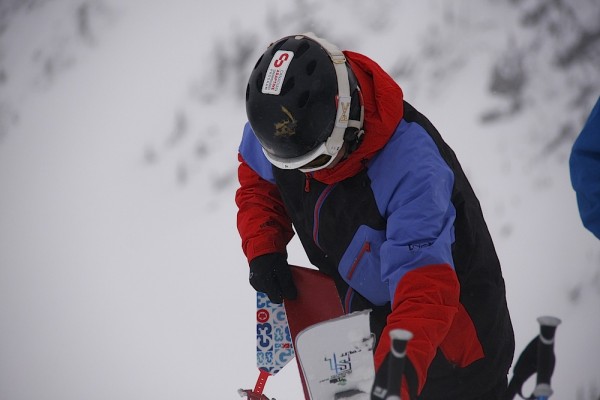 Peeling off the skins

Before we left that morning, I practiced switching from snowboard-to-ski-to-snowboard mode on the bed in the room. While that was a big help, it didn’t exactly simulate conditions on the mountain.

One of my recommendations if you go: Bring warm, form-fitting gloves.

One of my recommendations if you go: Bring warm, form-fitting gloves. I only had my clunky snowboarding mitts so I always had to take them off when dealing with the splitboard. The actual act of switching modes is pretty simple. Once the skins are removed (which can be slightly frustrating at times — they’re really sticky) and put away, the bindings, which are held on by a metal pin, are removed. The “skis” are then slid together and secured using clips (one on each end, a couple in the middle). The bindings are then slid onto the plates (the bindings are normal snowboard models with an extra piece attached to the bottom). 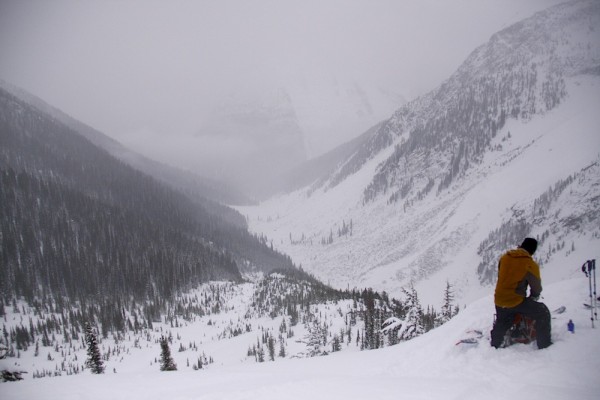 Avalanches are a serious and real danger. Anytime you enter the backcountry, you should check the region’s avalanche report. When we were there, the snowpack wasn’t that stable, and all recommendations were to stay below the tree line. Everyone should also be equipped with a shovel, probe, and a transceiver and ideally have some avalanche training. 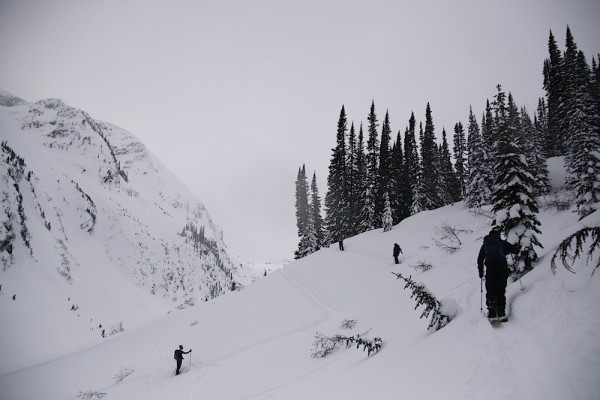 The main beneficiary of Splitfest is the Canadian Avalanche Foundation, to which net proceeds are donated. From the sale of raffle tickets, merchandise, film fest admission, and donations, the net was around $4500 this year, double what was raised last year. From all indications, Splitfest will be happening again next year at the same location. Maybe I’ll see you there!

Tagged
Ski & Snow British Columbia, Canada
What did you think of this story?
Meh
Good
Awesome