Each year, Kicking Horse Resort in BC puts on a competition called Wrangle the Chute, in which top skiers and riders from around the region and beyond compete in “the ultimate Big Mountain showdown…with a Kicking Horse twist.”

This year, WTC unveiled a new face — Terminator North, three times the size of the old slope, coming right off the most prominent peak in front of the Golden Eagle Gondola. And what a show it was. Fifty skiers and snowboarders, men and women, ripped into the face. Jessica Pettet, the lone female snowboarder, held her ground while she pioneered new hits and arced powerful turns at high speeds. Laura Sliva got technical in the hanging permanent closure and took home the gold for the ladies. Hometown hero Ave Perry took home snowboard gold with fast, strong riding, big hits, and stomped threes.

The men’s skiing got extra rowdy. Logan Pehota blew a ski but still decided to please the crowd with a 40ft 360 off the Pyramid super sender that only two people sacked up to. Jordy Kidner skied movie lines, going fast and big with an unbelievably clean style like no other, landing him in third. Vinzenz Keller grabbed a silver medal with some big ole nasty threes and landings that’d make Hugo jealous.

But, no longer more famous for his Wrangle edits than his skiing, Matador Ambassador Dylan Siggers spun threes and 720s after skiing the technical perma-closure at the top of his runs to claim the spot as top dog.

In a time when events are more synonymous with athletes, training, and season point totals, Wrangle the Chute takes us back to the glory days of free skiing, where there are skiers, skiing, and one hell of an after party. One of the most anticipated events of the year has come and gone and left us with sore cheeks from smiling a ton, and a little bit of a hangover. 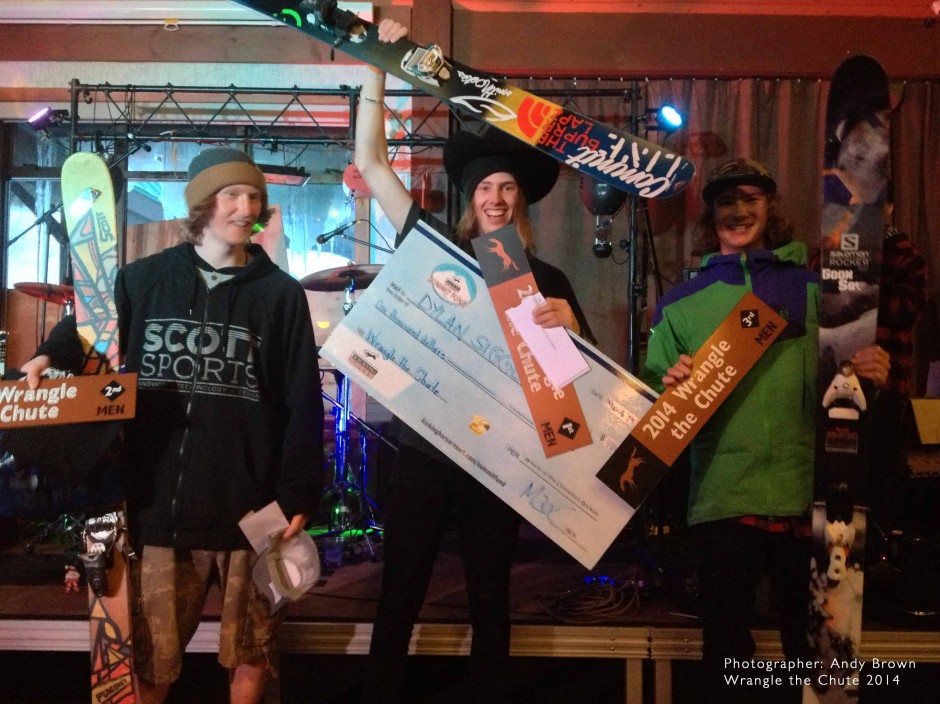