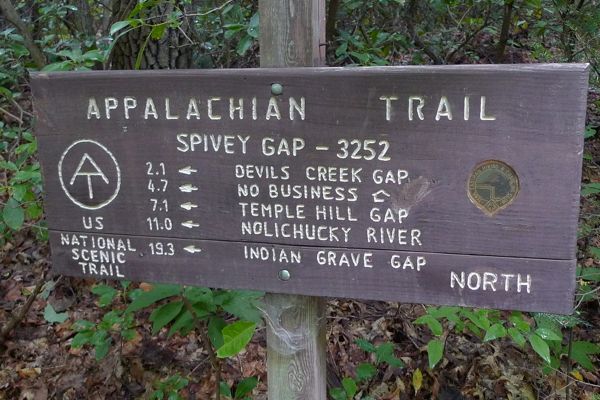 The poor economy is inspiring more people to pursue their dream of hiking the Appalachian Trail.

ALTHOUGH THERE IS still some debate as to whether or not the world is still in a deep recession, unemployment rates are holding high. With uncertain futures and few jobs available, some recently unemployed are viewing the hit as a time for personal growth and taking to the trails.

Up 200 hikers from 2008, 1,425 hikers started the Appalachian Trail in Springer Mountain, Georgia in 2009, with 343 finishing the trail in its entirety on Mount Katahdin in Maine. A recent article in Backpacker Magazine provides anecdotal evidence that the recent spike in thru-hikers is largely due to unemployed hikers with plenty of time on their hands. 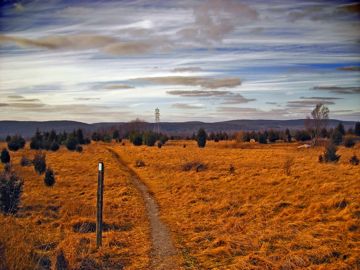 A recently laid off Rusty Towery tells NPR “I have no major responsibilities yet in life, so might as well do something like this while I can,” he says.

The majority of hikers on the Appalachian Trail are usually recent college graduates and retired folk. “The rest were either people who were able to creatively get lots of time off from full-time jobs, people who work seasonal jobs (that’s me and a few others here, I think), teachers or folks with school related jobs (summers off), or recently laid-off/quit/etc,” Ryan Linn explains on the Backpacking Light forum.

A typical thru hike of the 2,174-mile Appalachian Trail takes an average of 6-months and costs the hiker anywhere from $3000 to $5000 not including the cost of gear and other bills they must keep up with while out on the trail. 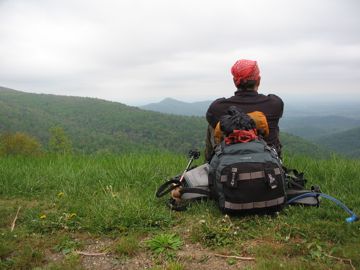 Hikers can reduce their costs further by resisting the lure of hotel beds and restaurant food when resupplying food and gear in towns along the way.

Still, $3000 is not bad for 6-months of lodging, food, and entertainment, and might even be a good way to stretch your dollar during tough economic times.

Although considered a poor move by unemployment counselors, taking six months off from the job search–and society in general–could actually be a resume builder. Time on the trail definitely builds character, and you never know what potential contacts and employers or collaborators you will meet on the trail.

Perhaps hikers leave the trail more empowered by turning their job loss into an opportunity to fulfill their dreams, thus warding off the “Someday Syndrome” and the return home with greater insight into their next move.

Matador’s Austin Chu turned unemployment into an opportunity, traveling the country to film a documentary about the recession. See The Recess Ends on Matador TV.

Been there, done that? Check out Where to Hike After You’ve Finished the Appalachian Trail for more extreme options.

For the perfect day of hiking and Colombian coffee, head to Jardín Why Dhiffushi is the Maldives destination to visit on a tight budget Alaska is the sustainable fishing model the world needs How one wildlife photographer captured this award-winning shot Skip the Strip to enjoy all the nature Las Vegas has to offer

6 things people from Maine are total snobs about

Where to eat in Maine before lobster season ends in December

7 habits that are hard to shake when you leave Maine

13 phrases and words to know before going to Maine

Why coastal Maine is your perfect fall camping getaway

8 things you’ll get addicted to living in Maine