The earth is full of love. Sometimes we have to dig — deep, but inside the soil is soul…

In comparison to other Pakistani cities, Islamabad is overwhelmingly developed. To begin with, you’re not faced with the onslaught of loud rickshaws zigzagging through traffic like elsewhere in the country. Instead, the city has an old but reliable taxi service. Roads are broad, cars drive in lanes, and people adhere to traffic signals. Islamabad is nestled inside scenic mountains, with picturesque views, lots of green land, and a relatively pleasant climate.

During a spontaneous May Day trip to the city, one of the first things I did upon arrival was to quench my thirst for a quick fix of boxing. Considering Islamabad’s cosmopolitan status, I figured my chances of finding something here were better than anywhere else in Pakistan. 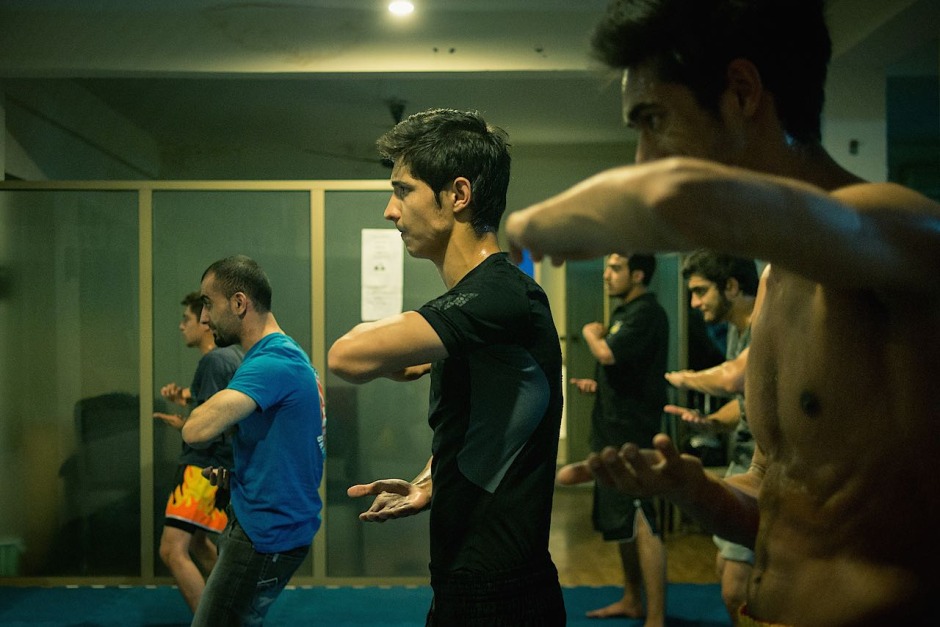 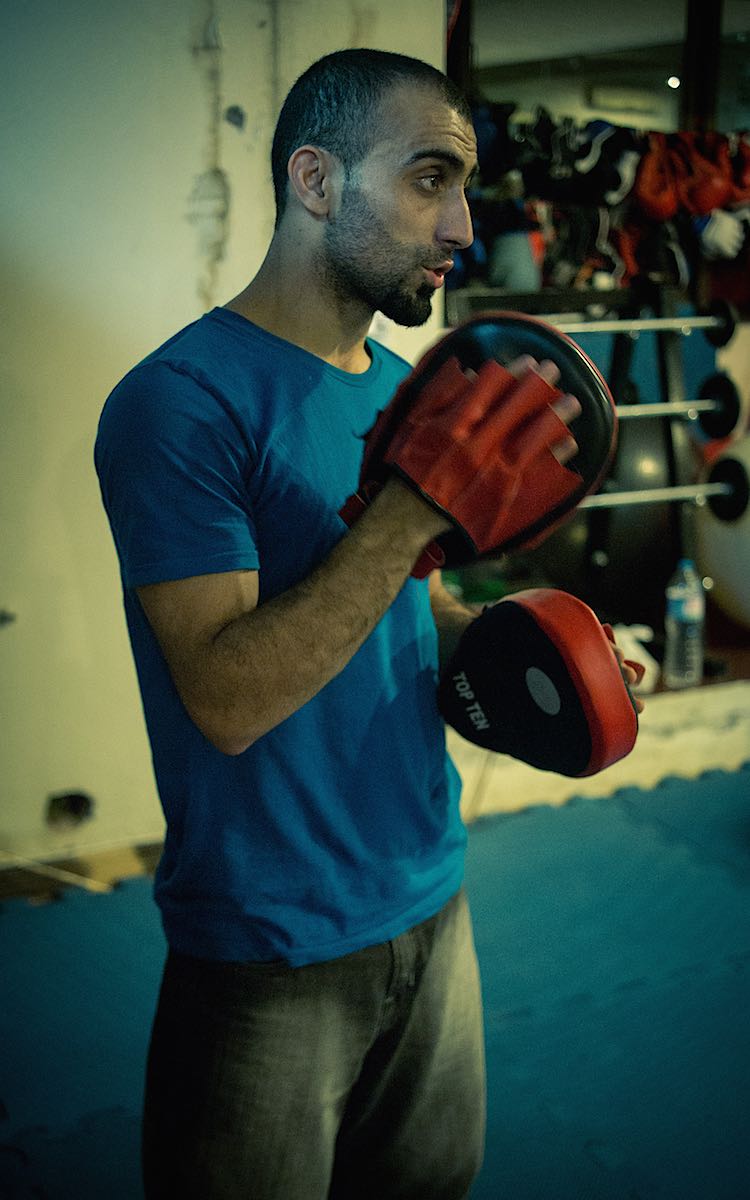 I did a random search on the internet for boxing clubs. To my surprise there were a handful of results. One of them was a blogger who goes by the name “The Diesel Diva.” Diesel Diva is a “50-something” expat lady who travels the world discovering new sports and then writing about them. One of her articles chronicled her encounter with MMA fighters in Islamabad. However, at the end of the tantalizing read, all I was left with was an email address and no location information.

So, I wrote an email on the off chance that perhaps I’d find — at minimum — a bag to punch. What I got instead was an in-kind invitation to spar that same evening. With no expectations I arrived at the building. From outside it looked run-down, and with no electricity and no lights it probably looked worse than it was. Inside, it was a fighter’s fortress and this became a serendipitous encounter with Pakistan’s real-life warriors. Unexpectedly I’d just walked into a training session with Pakistan’s upcoming champion MMA fighters, who were training for their biggest competition in the region, taking place next month.

My first thoughts were, “Shit, what have I done?” From past experience, I know the intensity and velocity these guys train with. And they weren’t about to change anything for an inexperienced and curious guest.

I made myself known to Ehtisham, the person with whom I had exchanged emails. Without any small talk, I was promptly shown the changing area and within minutes of arriving I was warming up, running laps around a small square room. The sense of urgency and discipline spoke magnitudes for their professionalism.

As I continue sprinting, my initial fear subsides, instead I become ever more intrigued by their exemplary commitment. 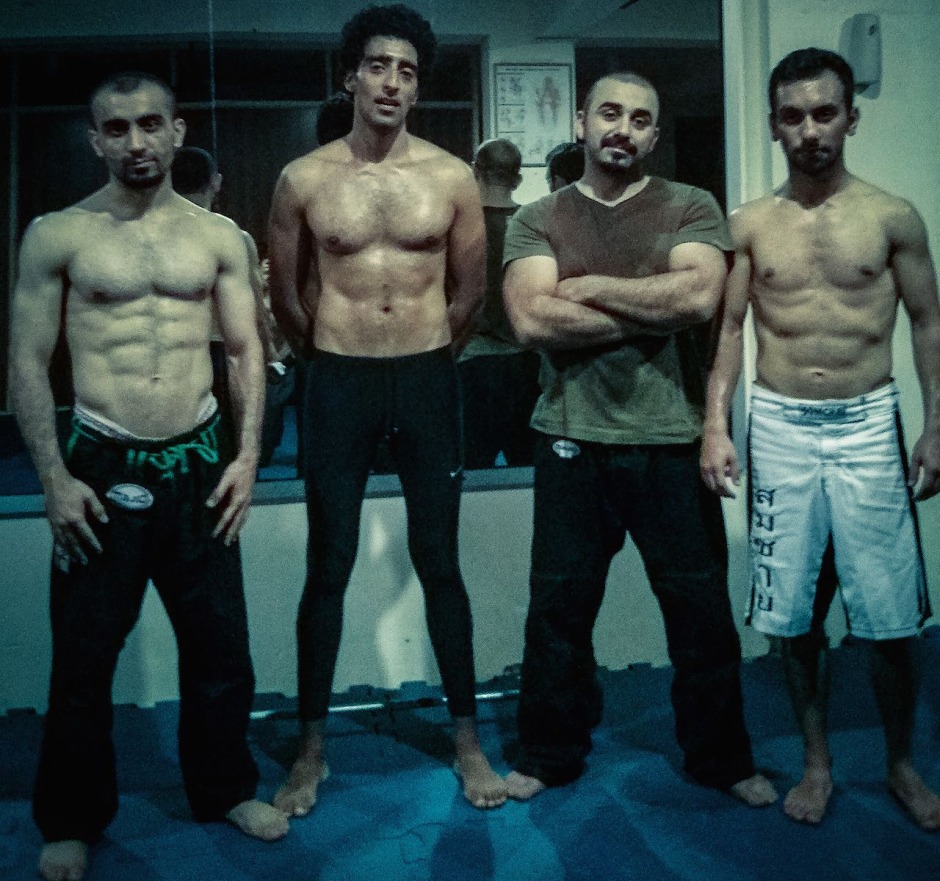 Ehtisham and Sultan are self-taught Pakistani MMA fighters. They founded Fight Fortress some five years ago. It started off as a grassroots project to get Islamabad youth off the streets. Most of the funding is from their own daytime jobs and a few paying members to sustain the project and venue. Today, they are training Pakistan’s next generation of professional MMA fighters.

On the surface the duo look like bad-ass fighters, but I immediately felt a strong sense of camaraderie, coupled with unconditional kinship, like brothers-in-arms. Originally from Hunza in northern Pakistan, these two fellas were the epitome of tough love and humility, with incredible hospitality thrown in for good measure.

To the layman these types of traits aren’t typically associated with fighters, but as Ehtisham put it, this is what “differentiates glory from defeat.”

As we slow down from our sprint, he eloquently describes, “Gasping for breath and recklessly pacing back and forth, is counterproductive, you might as well throw in the towel. Instead, focus on breathing slower and deeper from the stomach,” ultimately collaborating your gravitas

He continues, “This controls the mind, so it’s no longer in a state of fury, re-enabling rational thought; this is vital for winning fighters who are under constant threat.”

About midway through our training a few new faces show up, with kitbags, obviously here to train. In their mother-tongue Burushaski combined with Urdu, Ehtisham and Sultan speak to them with determination and authority. The young trainers hover around with subdued defiance, or at least an attempt. The rest of us stop and use the time to have a sneaky break. As I tried to make sense of the situation, Ehtisham sees us and shouts, “Get up, don’t stop!” Their exchange continues, this time Ehtisham is speaking to them in English, again, with determination, outwardly refusing them entry and essentially escorting them out of the premises. The guys were visually disappointed.

After an unprecedented two hours later, completely wrecked, our session ends. I ask them what the confrontation was about. They go on to explain how some of these guys are the best MMA fighters he has for next month’s competition, but he can not tolerate lack of punctuality. These young fighters were almost an hour late. Sultan explains that these guys are excellent fighters but with that attitude they will not be winners. They must understand the importance of punctuality.

The hardest part of this was the fact that, one of the late comers sent home by Ehtisham was his younger brother. I can see and feel that it wasn’t easy for him to reject his own brother, who I’m sure he’s going to see later that evening. Everyday Ehtisham and Sultan selflessly bring themselves wholeheartedly; the least they deserve is uncompromisable punctuality. Their sense of the greater good in why they do what they do is what drives them and they lead by example. 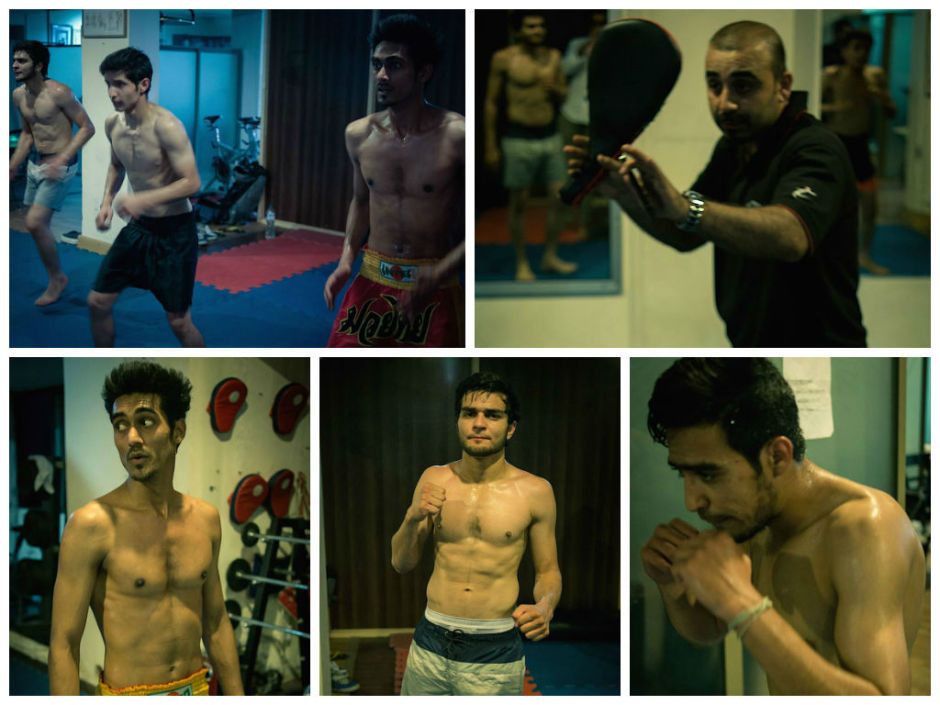 At this point I’m in complete awe of these guys. Considering what is going on in some parts of Pakistan, where apathy and the lack of punctuality and discipline seems to be ingrained in the fabric of its society.

Ehtisham and Sultan are a living embodiment of tough love, in action. Their wisdom considering their situation is mind-blowing. At first sight you wouldn’t expect this from their menacing exterior, but their exemplary ways are testament of the hope that exists in Pakistan.

…If you look deep-enough, inside the soil is soul.

Tagged
Narrative Outdoor
What did you think of this story?
Meh
Good
Awesome

How To: Drive Pakistan's Karakoram Highway