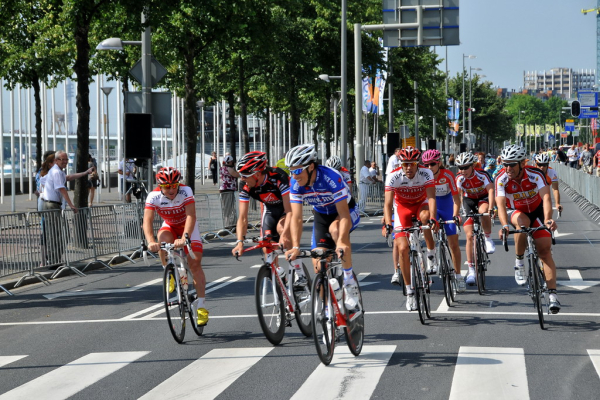 The World Cup tends to overshadow all other sports events. That includes the Tour de France, which began July 3 in the Netherlands.

SO WHAT’S GOING on at the world’s most popular cycling competition? Here are a few highlights:

As is normally the case, coverage of the tour has focused on Lance Armstrong. This year, the hype started in May, when ex-Tour winner Floyd Landis spoke with the Wall Street Journal about his doping days, implicating his teammates George Hincapie, José Luis Rubiera, and Armstrong as participants as well.

Armstrong denies the claims made by Landis and says he just doesn’t have the time to deal with Landis’ “sensationalism.”

This is Armstrong’s last Tour de France, and though he started out strong the first day, he’s since had a few mishaps. Armstrong managed to avoid at least six major crashes in the first stage of the race, but a crash in the second stage left him with a few bruises and bumps. On Tuesday, he burst a tire on the notoriously bumpy third stage, a 132-mile ride from Belgium to France along cobblestone roads. 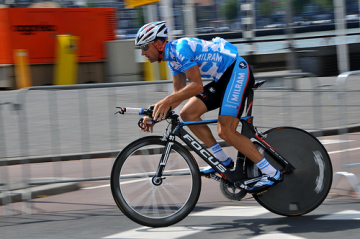 Armstrong fared better than American Christian Vande Velde, who crashed on Monday and broke two ribs, forcing him to withdraw from the race altogether.

France’s Sylvain Chavanel did well through the second stage of the Tour de France, but also had bike problems (two flat tires and mechanical issues) during the third stage, which lost him time. Thor Hushovd of Norway made it through the bumpy ride unscathed to win the third stage.

As of Tuesday afternoon, Switzerland’s Fabian Cancellara was wearing the yellow leader’s jersey, with Armstrong in 18th place overall.

After the long, bumpy rides of the last few days, the riders should have an easier time on Wednesday when they reach the fourth stage, a 95-mile ride from Cambrai to Reims with no major difficulties.

Who are you cheering for this year in the Tour de France? Or are you skipping the cycling and focusing on the World Cup instead?