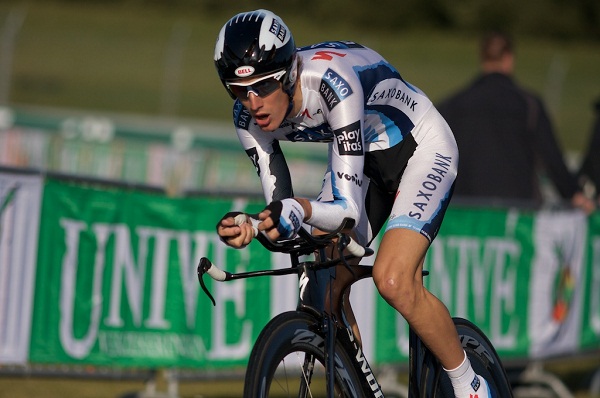 Betrayals! Nefarious plots! In the last week, the Tour de France has started to look more and more like something out of a comic book.

FIRST, ALBERTO CONTADOR broke the unwritten code of the Tour on Monday when he took advantage of another rider’s breakdown to take the lead. Andy Schleck, the overall leader going into the stage, was fixing his chain when Contador passed him.

Tour riders consider it bad etiquette, even cheating, not to wait for a leader dealing with a mechanical problem. Lance Armstrong did so in 2001, when he slowed down to let leader Jan Ulrich recover from a crash.

Contador said that he didn’t notice that Schleck was dealing with a breakdown, but for many fans, he’s become the villain of this story. As Contador received the yellow leader’s jersey, spectators booed.

From Schleck’s point of view, it was a double-cross by a close friend. After the stage, he was still fuming.

“I would not like to take the yellow like that,” Schleck told the Wall Street Journal. “I will take my revenge.”

“Meanwhile, off the course…”

Greg LeMond created a second controversy over the weekend when he accused Lance Armstrong of conspiring to falsely implicate him in a drug scandal.

LeMond, a three-time Tour champion, told the German newspaper Sueddeutsche Zeitung that Armstrong tried to pay an unnamed individual $300,000 to say that LeMond had used the banned substance EPO.

It’s not the first time LeMond has accused Armstrong of conspiring against him. In a 2008 lawsuit against Trek, LeMond alleged that the company, at Armstrong’s request, had neglected to promote its ‘LeMond’ brand of bicycles as punishment for accusing Armstrong of doping.

Armstrong called the allegations “absolutely nonsense,” and told a French television station that LeMond was “obsessed” with attacking him.

“We’re all going to get a chance to sit in front of the authorities and speak the truth,” Armstrong said.

Is Alberto Contador really the bad guy for taking the lead? Tell us what you think in the comments.

Tagged
Cycling France
What did you think of this story?
Meh
Good
Awesome

Why Champagne is the gold standard for food and drink sustainability